SCI-Arc’s 2016 graduate thesis weekend culminated with its graduation ceremony where two students were awarded the architecture school’s prestigious gehry prize. the ceremony came after a host of distinguished critics and guests visited the campus to review and critique students’ work. in total, 81 theses were assessed by over 50 critics, including pritzker prize winning architect thom mayne and french architect and artist didier faustino. 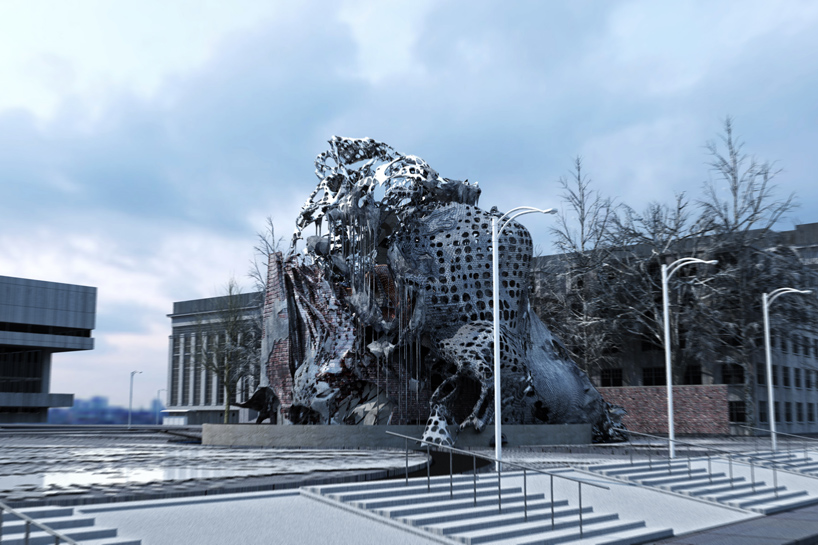 uniquely, the juried exhibition of exceptional thesis projects by 2016 graduates — including the gehry prize winning theses — were presented at hauser wirth & schimmel, one of the world’s most influential art institutions, and are now exhibited at the SCI-Arc gallery until october 2, 2016. 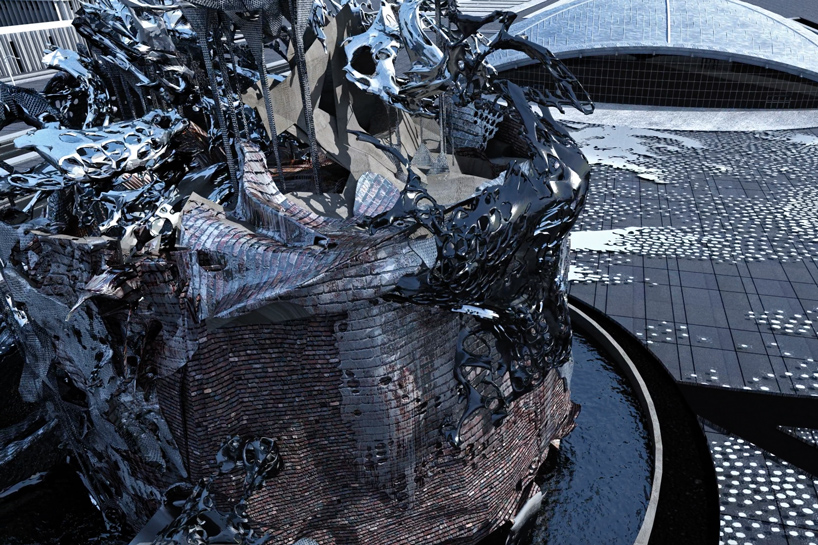 the graduate thesis project ‘coexistence/coherence’ by huijin zheng was one of two to receive the gehry prize. advised by hernán díaz alonso, zheng’s thesis sees the ‘disintegration’ of eero saarinen’s MIT chapel. huijin zheng seeks to ‘destroy’ the building’s inherent purity, replacing it with a sense of unsteadiness. simultaneously, the chapel’s oculus is distorted, reconstituting the relationship between light and space.

‘distortion brings typical cathedral languages back to MIT chapel, with contrast between simpleness and complexity, order and disorder,’ explains huijin zheng. ‘ruins, with a disappearance of original overall impression, are dead moments of architecture, and are going to be reconstructed in the future. in order to bring ruins back to life, it needs to be integrated with new material and imagination.’ 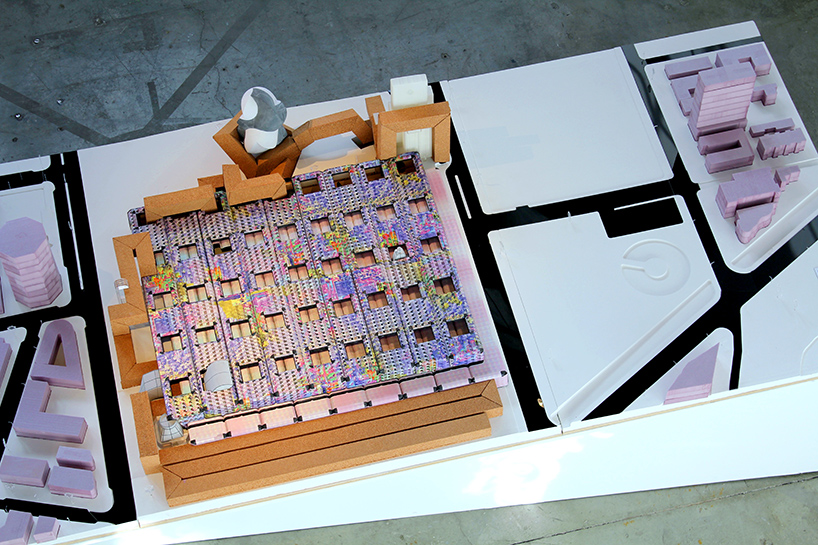 advised by architect and SCI-Arc graduate program chair elena manferdini, patrick geske’s gehry prize winning thesis is titled ‘coincidentally’. the project takes the form of a convention center, which, according to geske, requires three types of space: the open floor, the hallway, and the object, (a specific point of gathering, such as a boardroom, café, or hotel). 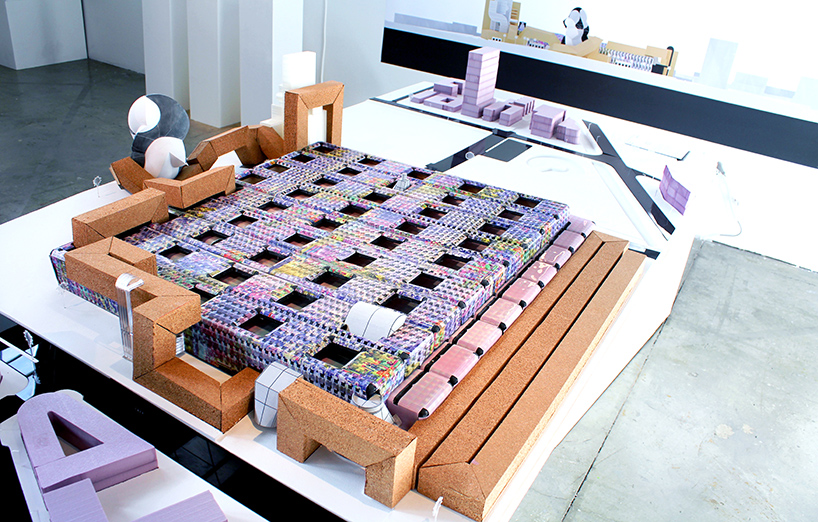 ‘while here they function together as a singular thing and are formally related to one another, these three types of spaces exist as three differentiated wholes,’ explains patrick geske. ‘the open floor is housed by a shed, the hallway becomes a continuous bent extrusion, and the object celebrates form in banal places, existing as enigmatic signposts against the background of the convention floor, where they stand as attestants to barthes’ claim that ‘the mark of the utopian is the quotidian’.’ 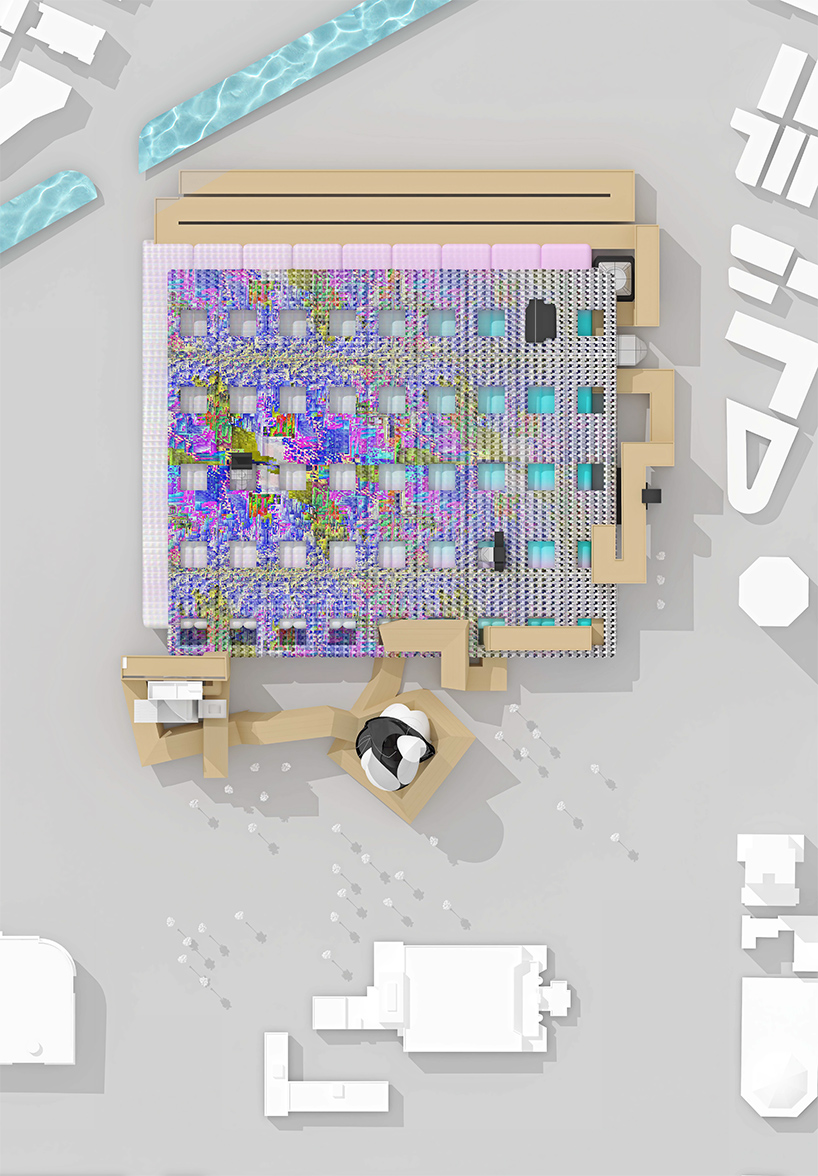 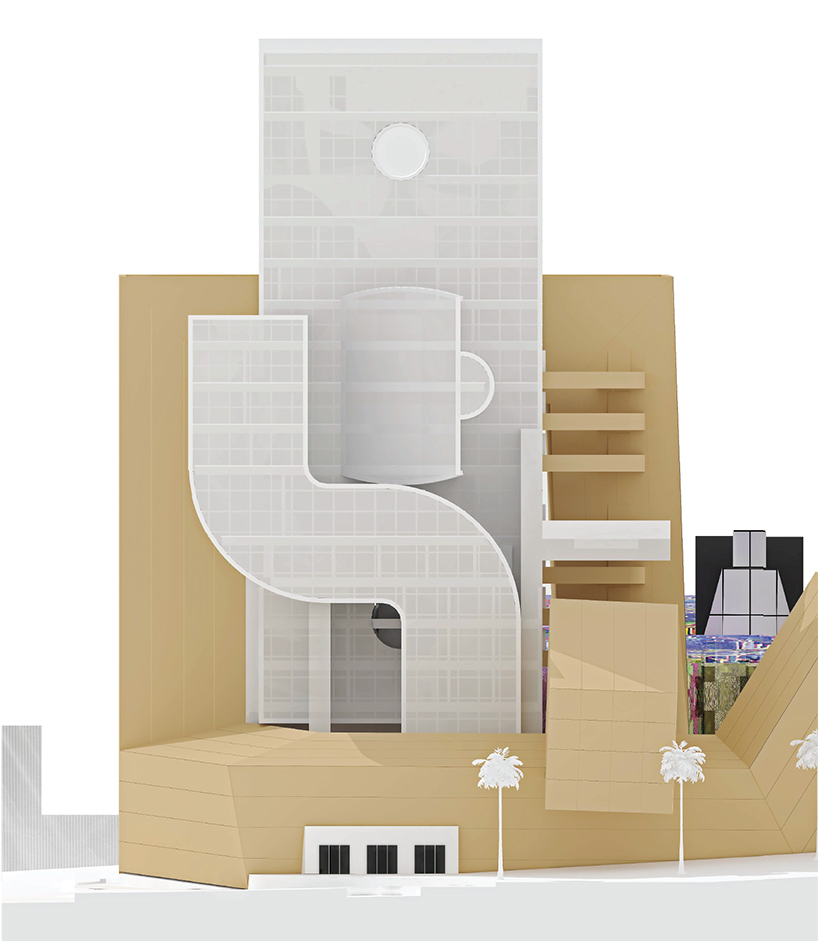 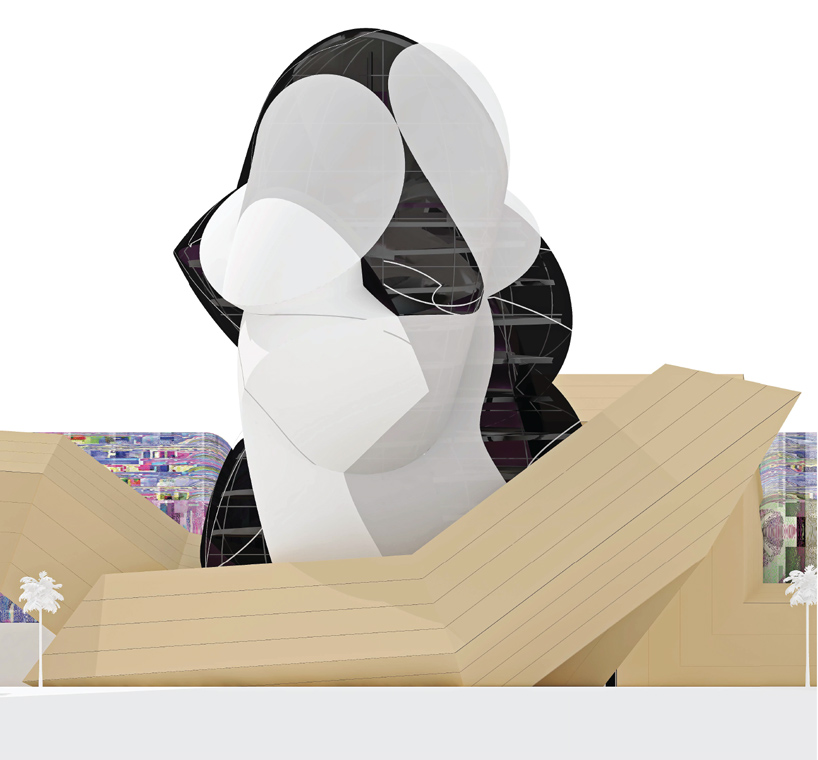 located in a burgeoning arts district in downtown los angeles, SCI-Arc remains one of the US’s few independent architecture institutions. while many of the school’s projects proudly incorporate the city of LA, SCI-arc recently announced the launch of a new scholarship for european architects eager to expand their knowledge of contemporary architecture. the program will cover the full cost of tuition for SCI-Arc’s 2-year master of architecture program in los angeles. 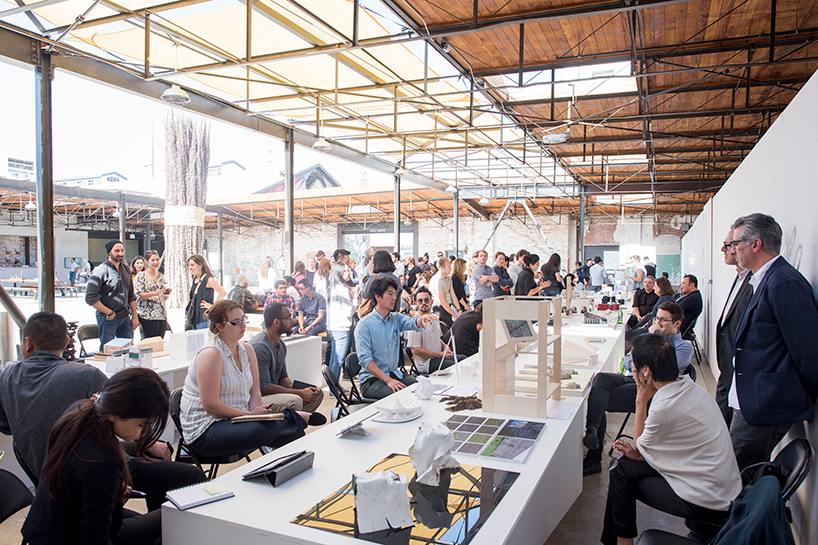 in total, 81 theses were assessed by over 50 distinguished critics

‘SCI-Arc is one of the strongest programs in the country, if not globally,’ says thom mayne, principal of architecture studio morphosis. ‘I understand the importance and appreciate this unique opportunity to do the type of research that’s happening here. I can remember as if it was yesterday when I went back to grad school and had an opportunity to readjust, retune, rethink what architecture was or wasn’t and my place in it. and how important that was to me and I think back that I would be a different person, if I didn’t have this experience. and SCI-Arc is the perfect environment for that. it has this immense kind of energy and power. it’s fantastic!’ 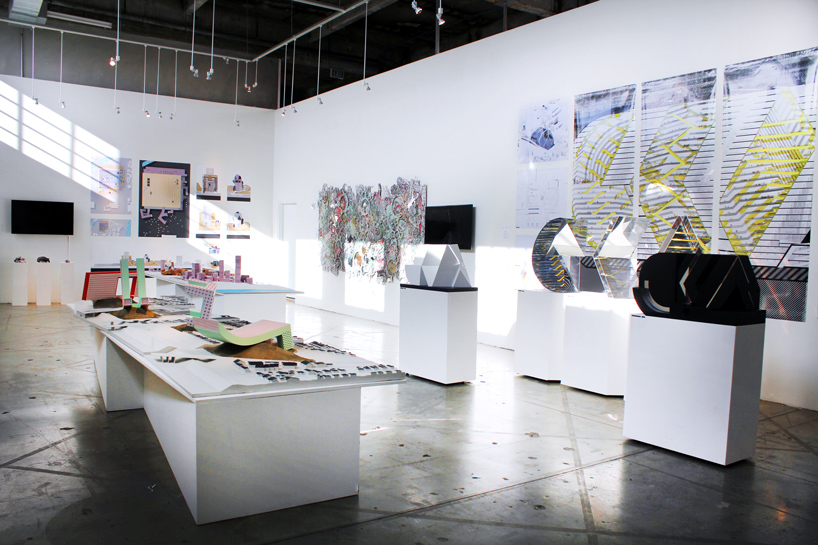 thesis projects by 2016 graduates are exhibited at the SCI-Arc gallery until october 2, 2016 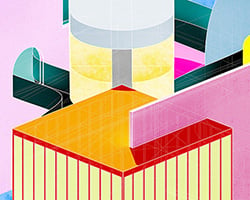 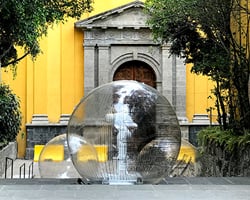 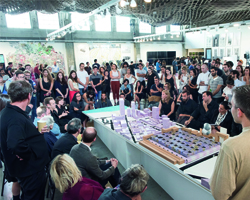 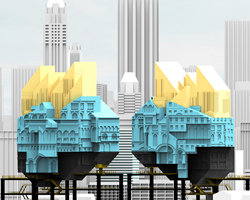 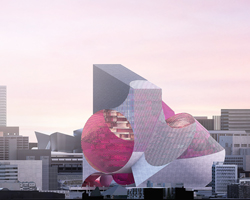