weaving public skateparks into the urban fabric: SCOB arquitectura i paisaje has designed three, each located in a different district in barcelona: poble nou, les corts and nou barris. what differentiates this scheme is their location, predominantly, skate parks have been isolated on the outskirts of the city. however, ‘landskate parks’ combines the activity of skating into a new and alternative public space.

the strategy is to blend the sport, a park, a square into one. creating new meeting points, uniting people of different backgrounds, encouraging social interaction and expose children to develop an interest in skating. the concrete bowls, dips and ramps seamlessly interact with the park landscape, allowing the two public, recreational spaces to evolve together.

they create meeting  points, unite both skaters and pedestrians, encouraging their interaction 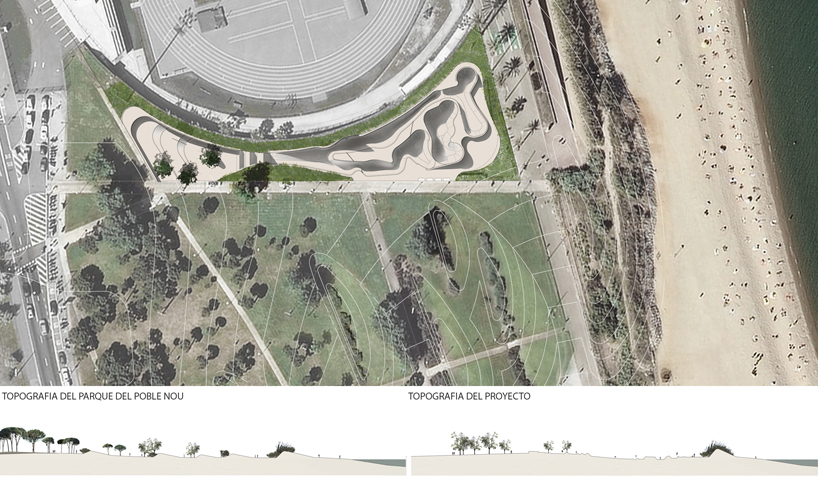 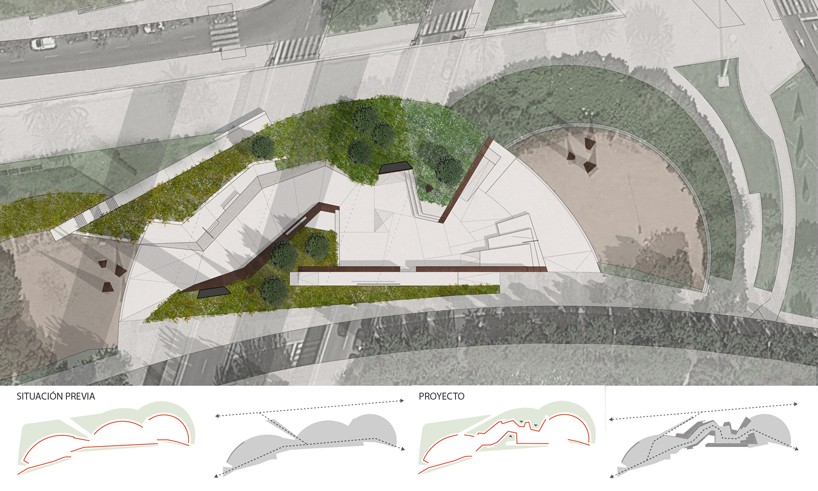 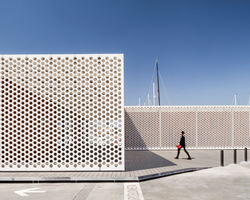