areas of high prostitution might not necessarily be the best place to start if you want to develop a homestead. however, the previous goings on of antwerp’s former red light district didn’t deter architects silvia mertens and pieter peerlings from developing their home and office there. 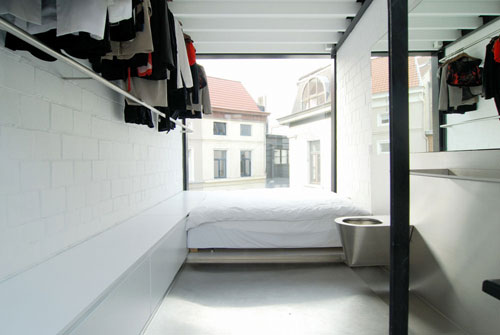 ‘starting with a space just 2.4m wide, the dimensions offered no choice but to build upwards: four stories,
stacked tightly between two buildings, each section offering four different living or working spaces.
on the ground floor, the office; the second floor, the dining room; the third floor, the living room and the
fourth floor, the bedroom‘. 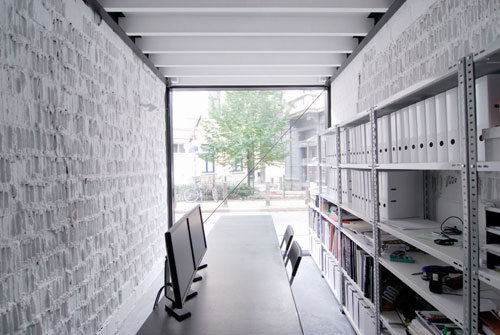 ‘deciding on the floorplan became a matter of modesty rather than convention as the entire frontage of the building is glazed and open to the outside world.  it stands as a light art installation for passers by and an exercise in exhibitionism which salutes to the less than salubrious past of the area. the bathtub, situated on the rooftop, seals this notion, out of the way of most prying eyes but still deliciously extroverted.’ read more on this project over at world architecture news