international firm segmento urbano arquitectos was recently shortlisted at the 2012 world architecture festival in the ‘civic and community future projects – education’ category for their ‘c spot’ intervention located in angola. the initiative comes as a reflex where the developers of roads, viaducts and bridges contribute to a sustainable mission to reduce levels of illiteracy by building community centers. more than just a school, the concept takes from the african landscape where the majority of actions take place towards the horizon. by inverting the typical enclosed space, the hub calls out to the population as a point of gathering and learning.

the unit is placed in areas with no water or electricity within a challenged urban fabric. as a result, the structure is portable, assembled in construction yards then transported to their final site. the building is composed of steel profiles, wood and cement agglomerate panels which are branded with the developer’s logo. the cantilevered roof acts as a funnel, collecting the rainwater into a tank enclosed within the center, positioned as a structural stabilizer transitioning between the open and closed zones.

with a maximum budget of 25 000 USD the ‘c spot’ is a self sustaining entity. the exterior panels allow for natural ventilation as they are positioned just below the roof and above the ground. the ceiling holds filled bottles to enhance natural lighting, where the only element built on-site is the treatment plant for water re-use. the unit is linked to the bright red african soil by portable and expandable steps held by the main foundation creating the space for education. the goal of the project is to build 40 to 50 modules within the next 5 years throughout the country of angola. 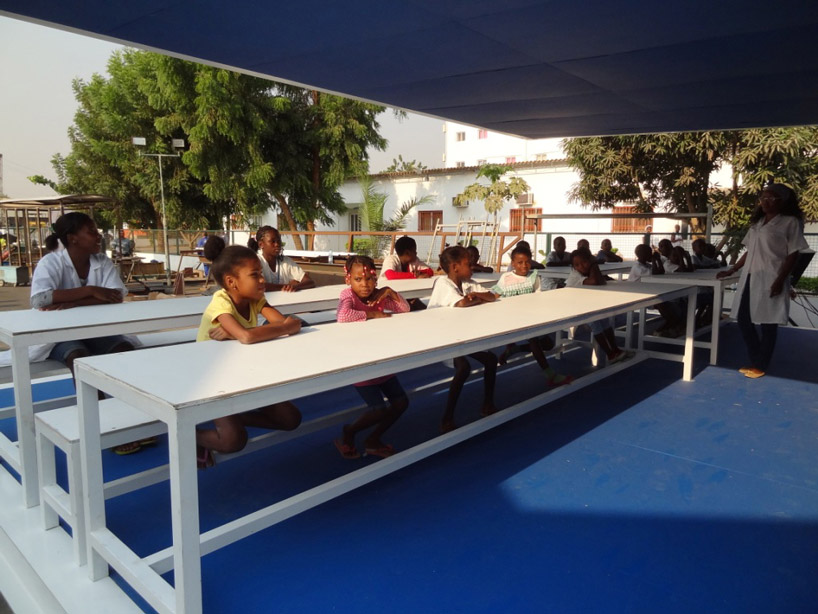 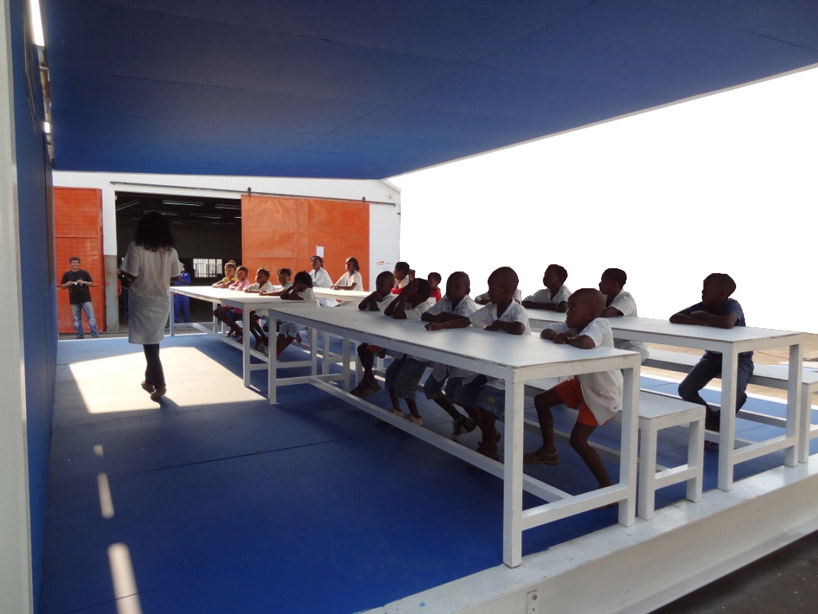 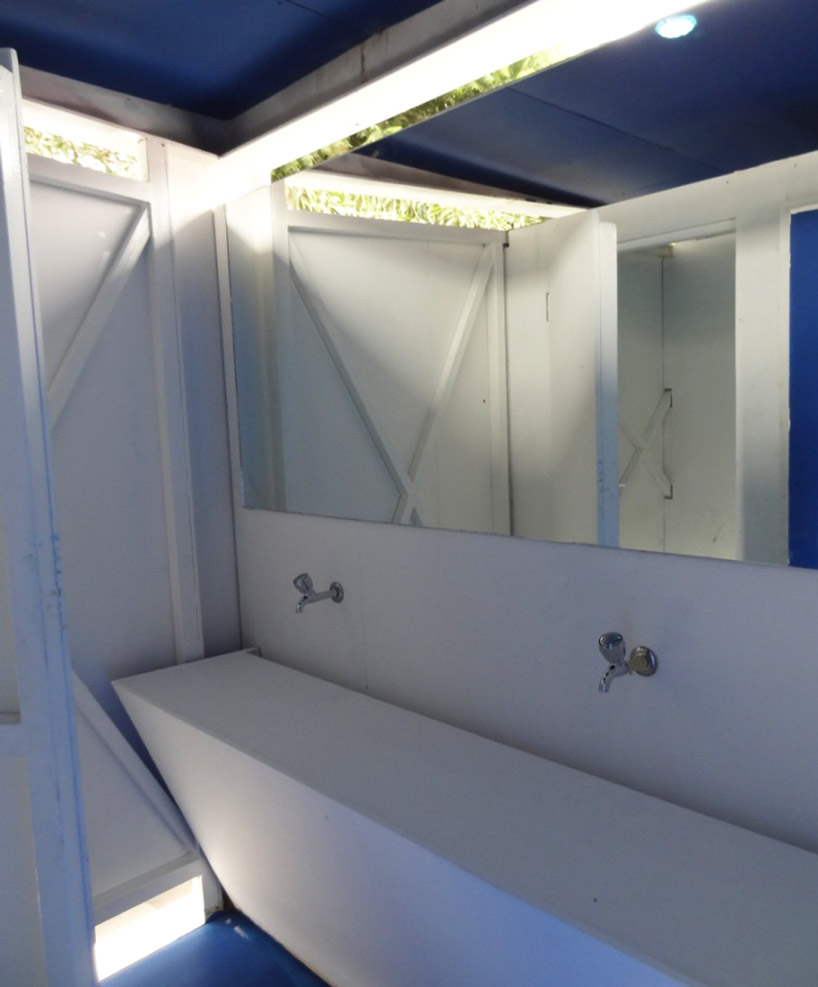 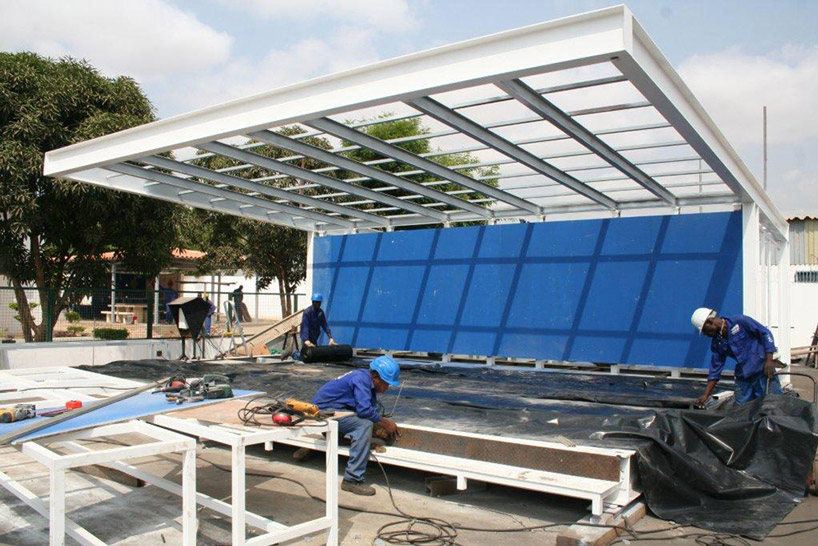 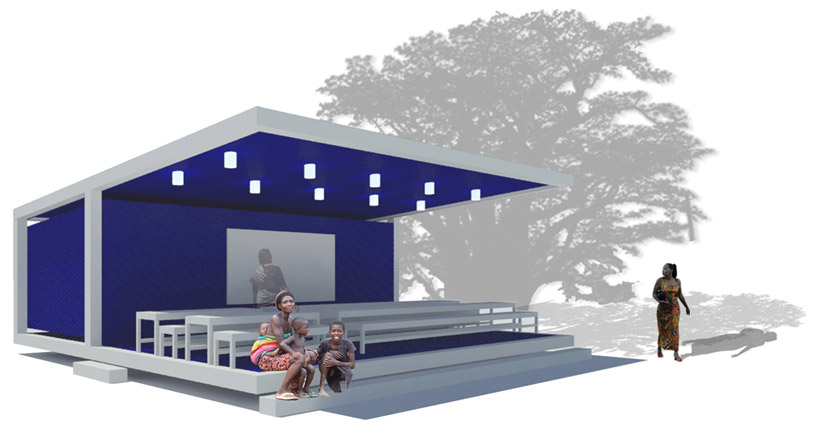 perspective in the african landscape 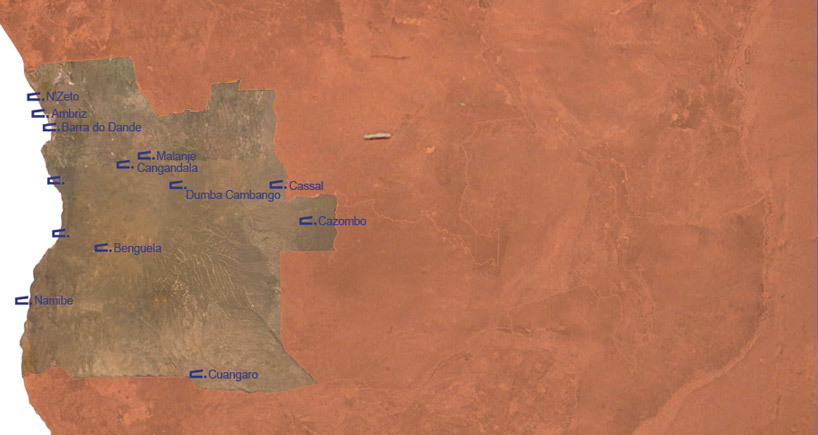 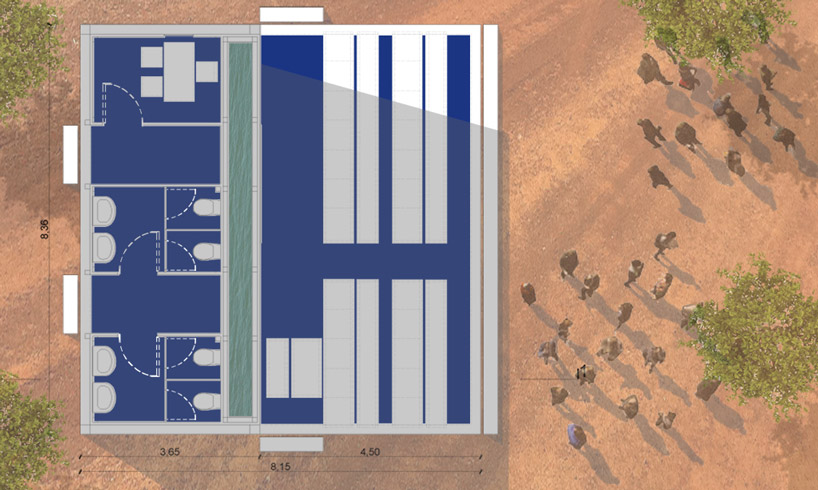 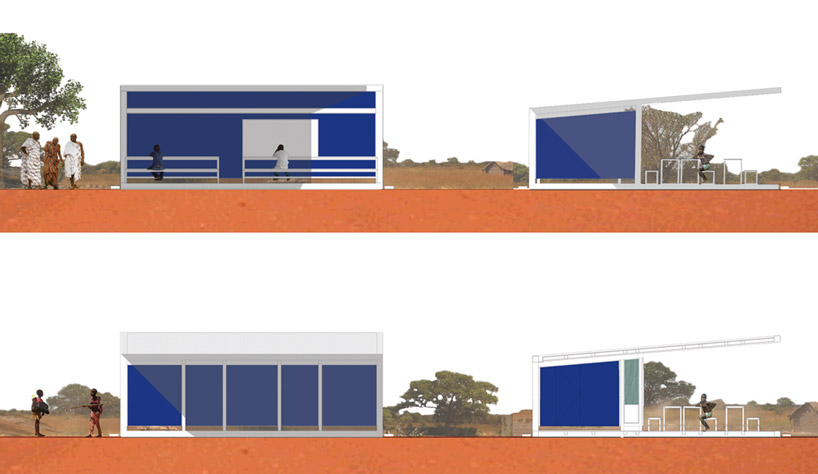 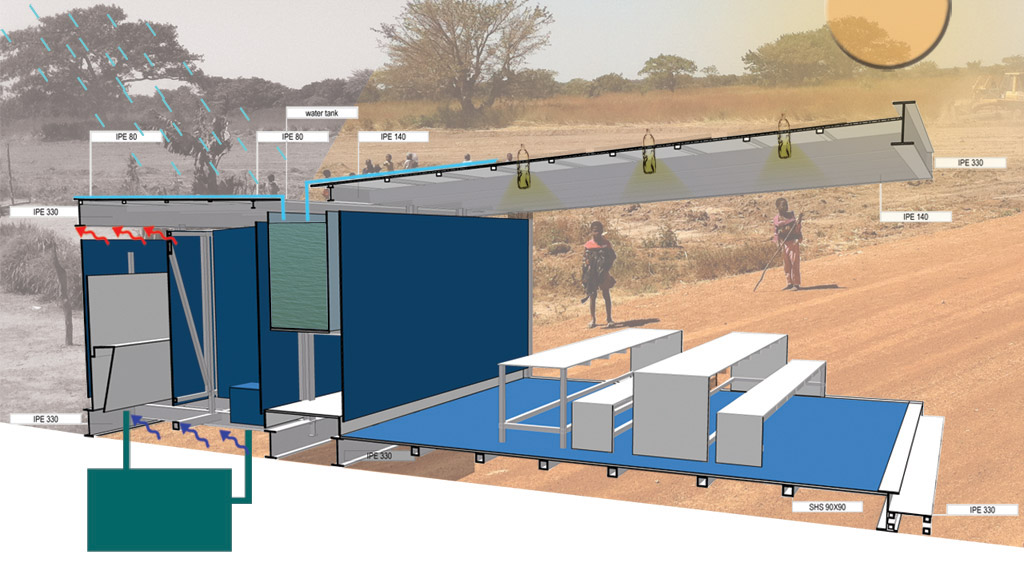 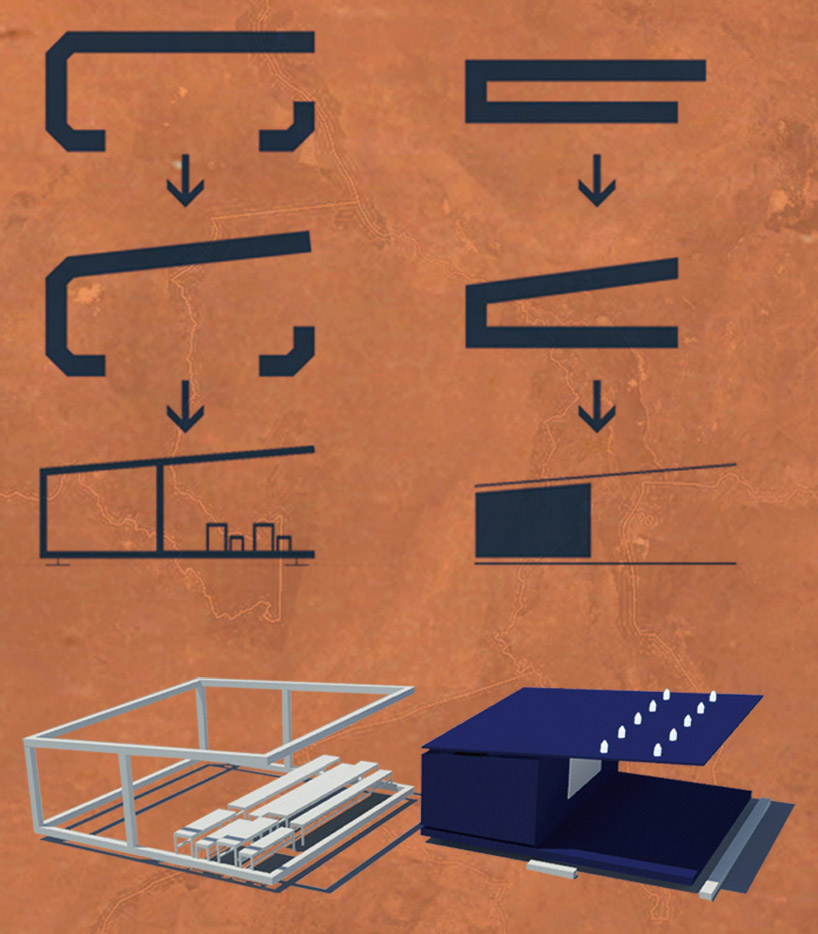 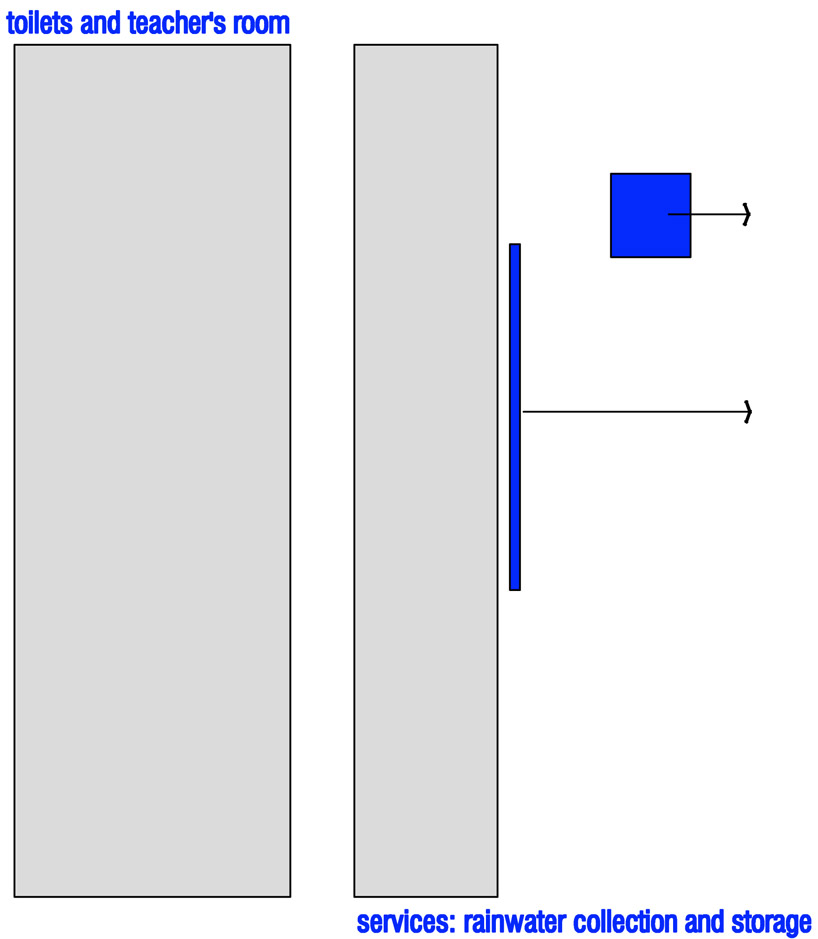 diagram of rainwater collection and storage