paris-based serero architects has won the competition for a new cultural center in meudon-la-foret, france. the building features an organic concrete shell with punched out windows inspired by the nature of tree canopies. following the existing orthogonal grid of the district, the center fits into the surrounding urban context while still having an identity.

conceived from the inside out, a key component of the design was to delimit space. the 300-seat auditorium stands in the center of the complex with public and administrative programs bordering the core. natural light is widely facilitated through the trapezoidal windows, the curtain wall on the ground floor and the sheds on the roof of the studios. the sheds are equipped with lamps which are connected to photosensitive cells to gradually switch on to make up for the lack of sunlight at the end of the day.

an important element of the project is the roof, which is constructed out of white concrete with bits of local gravel and limestone. integrated into its performance are devices for controlling the internal light and thermal atmosphere of the building. photovoltaic panels will be installed on the south side of the slopped roof to harvest energy for electrical use. 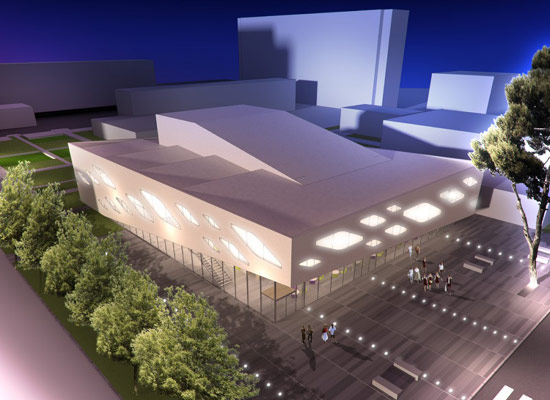 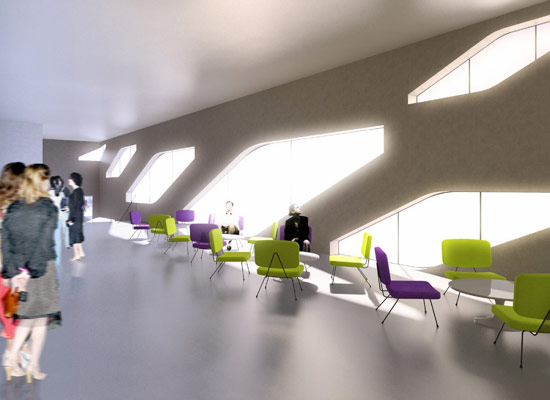 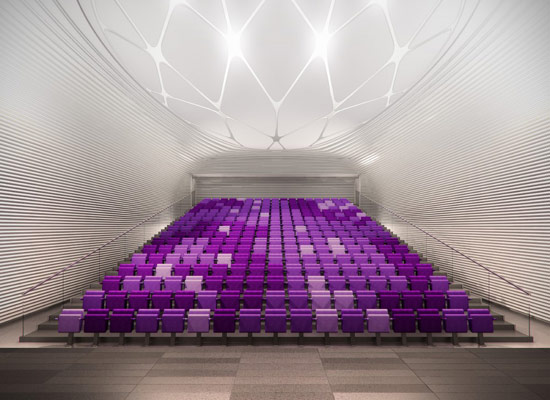 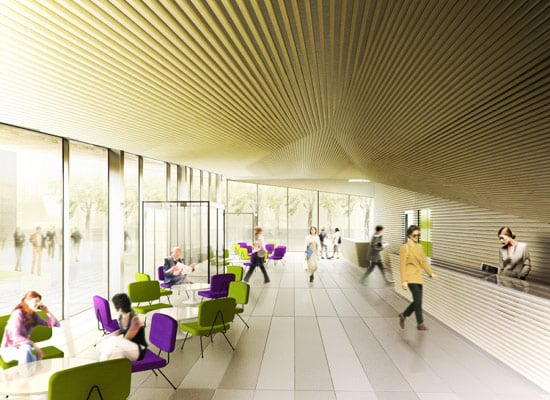 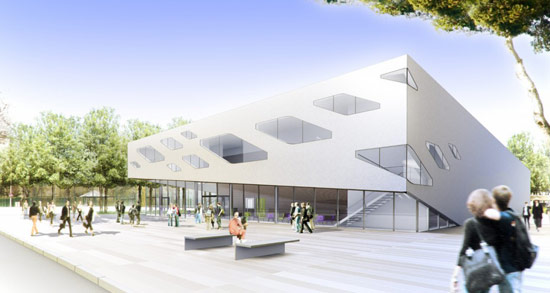 exploded axo which shows the auditorium in the center and two levels of reception, meeting spaces, offices and studios around it 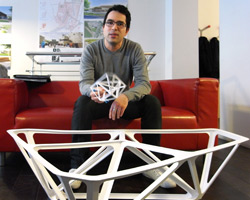 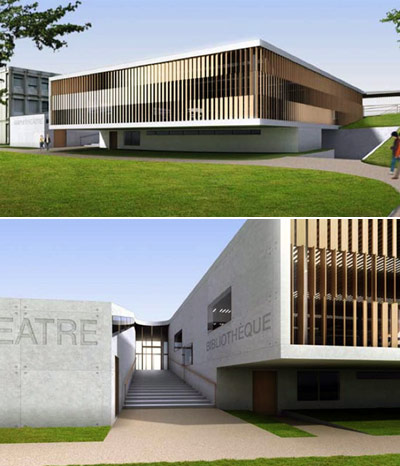