granada-based architecture firm serrano + baquero has transformed an apartment in its home city with the help of a continuous white wall. titled ‘la casa desordenada’, or ‘the disordered house’, the scheme utilizes a series of stacked translucent boxes to delineate the interior space. made out of polypropylene, the modules allow daylight to pass between the different volumes, benefiting those further from the doors that open onto the external terrace. the units that make up the wall are also stackable, making multiple reconfigurations possible.

serrano + baquero, a practice led by paloma baquero masats and juan antonio serrano garcía, describes the relationship between the original house and the wall as ‘disorderly’. the continuous partition contains both lighting and storage, and organizes the house’s infrastructure within a single element. ‘it unfolds, approaching or moving away from the perimeter, generating diverse spaces,’ explain the architects. ‘it is not finished, but will be transformed according to the needs of the inhabitants.’

in order to complete the complex project, a document containing the necessary construction data was made and placed on a wall. this drawing was modified and expanded throughout the process, becoming a map that charted the life of the house on a day to day basis. as the apartment is in a constant state of flux, the map (shown at the bottom of the page) is a complex and orderly reflection of the design and its inhabitants. 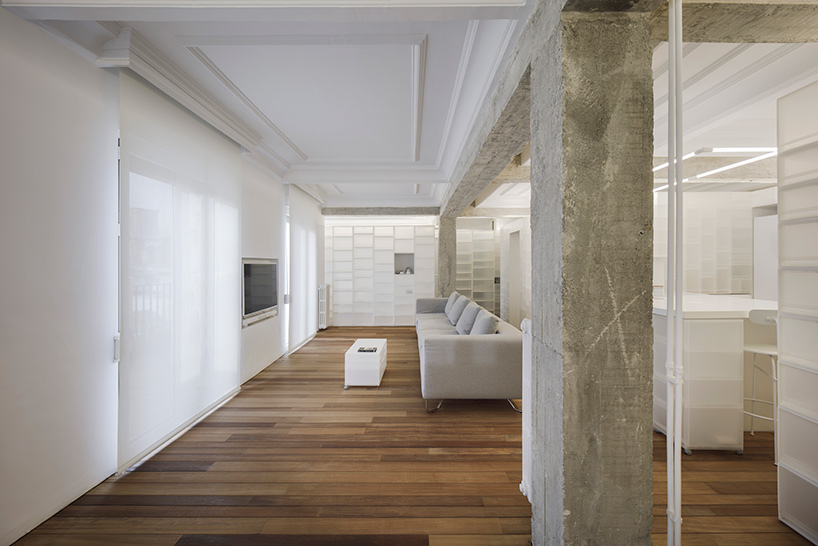 the new intervention alongside the previously existing architecture 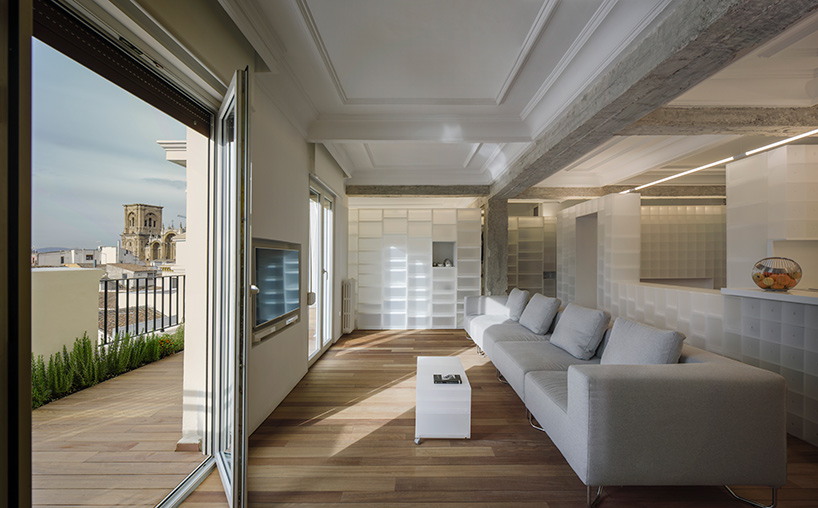 doors open onto a private terrace 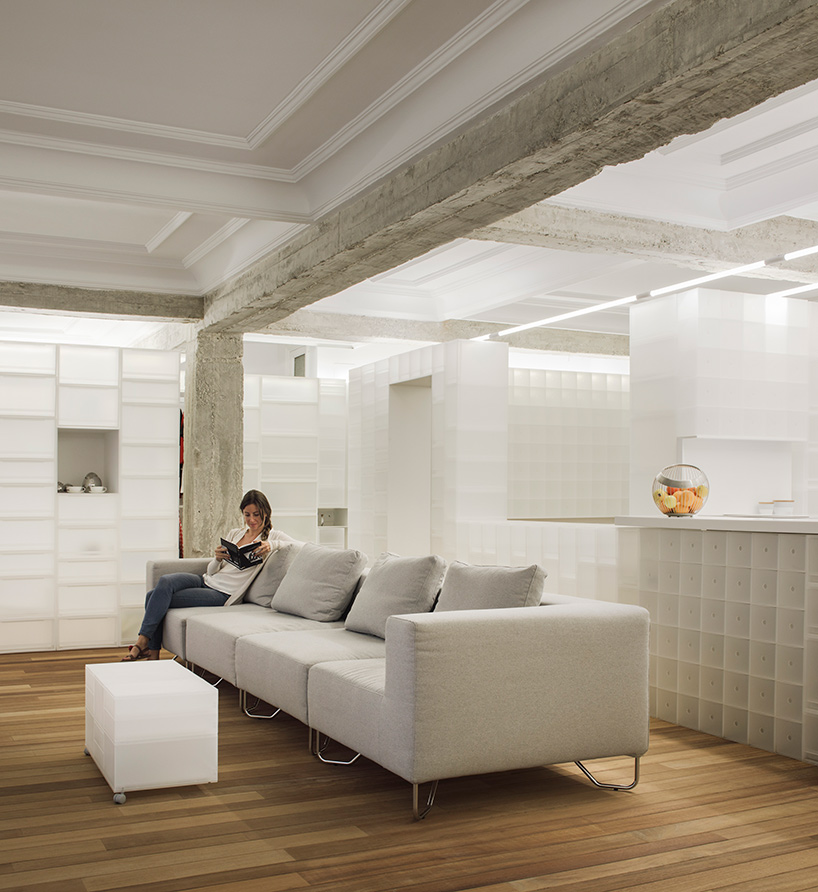 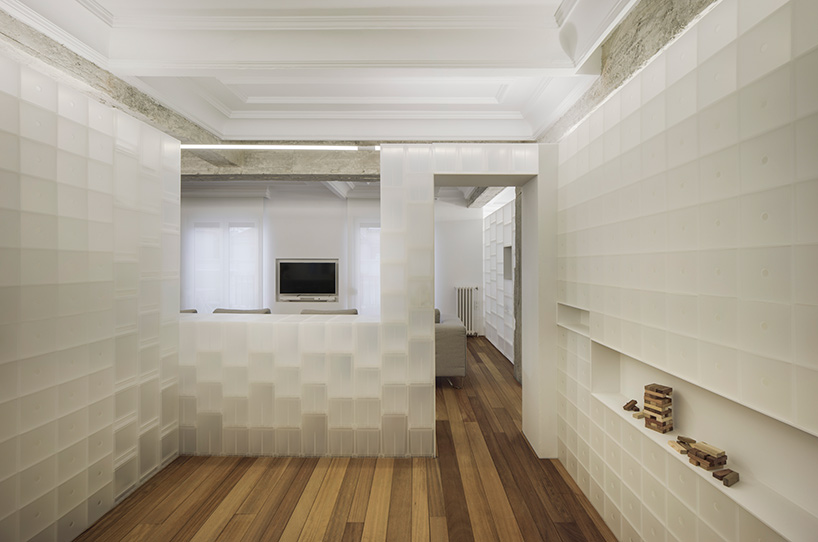 the modules allow daylight to pass between the different volumes

a dining table unfolds from one of the walls 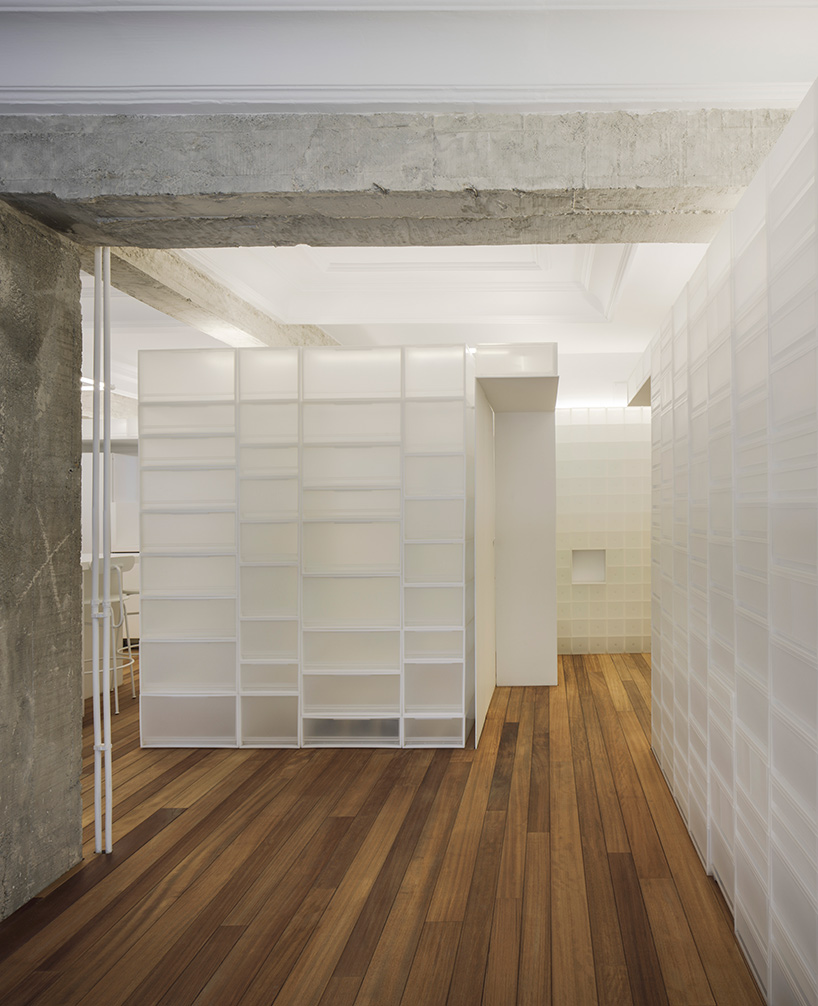 the continuous partition contains both lighting and storage 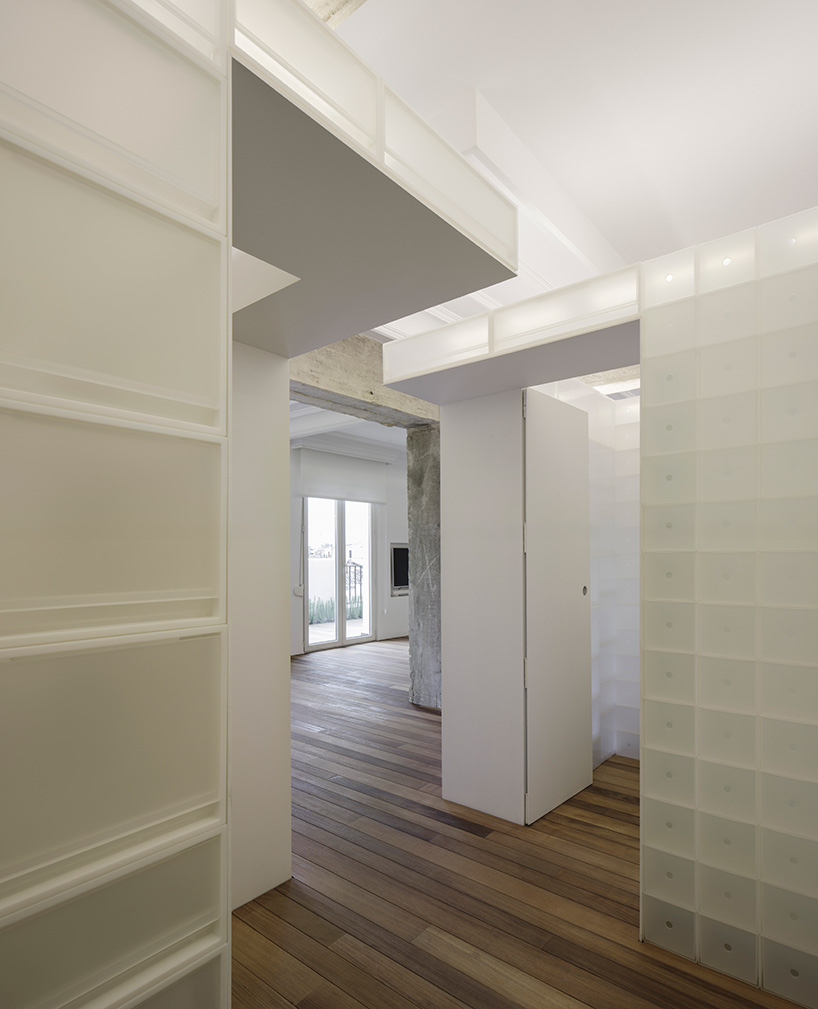 the wall organizes the house’s infrastructure within one element 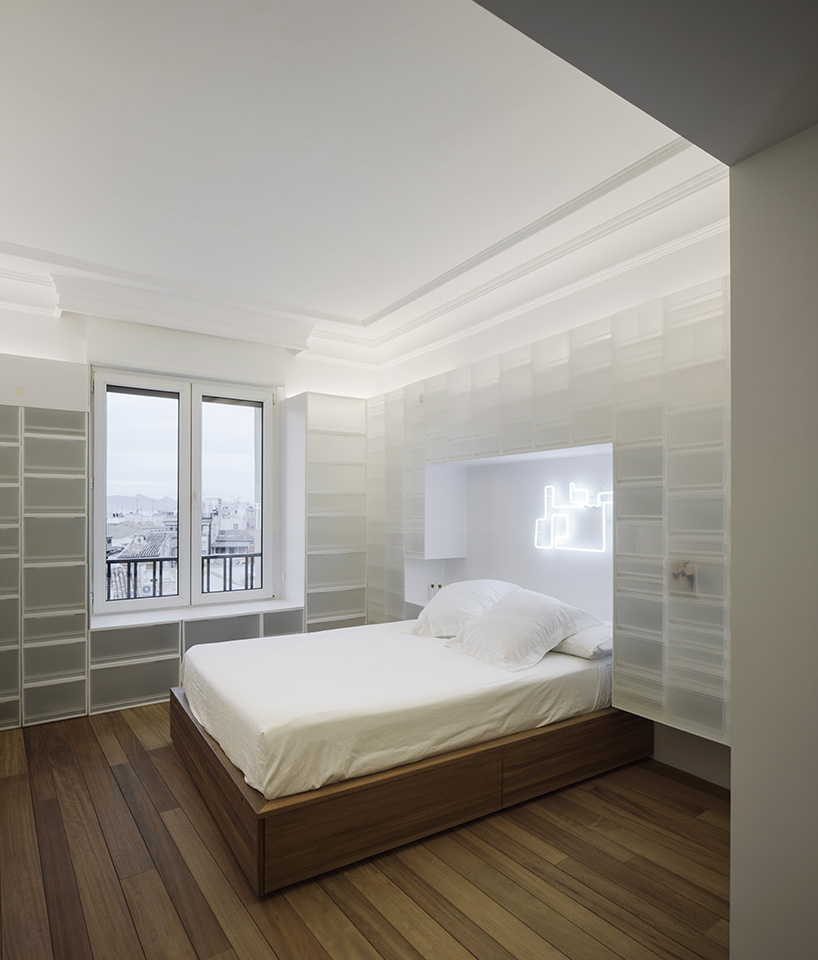 the boxes also extend into the bedroom 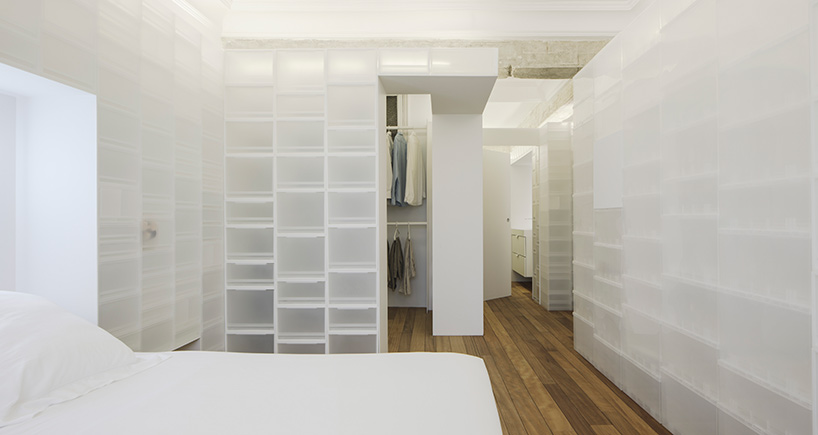 many of the modules can be used as storage containers 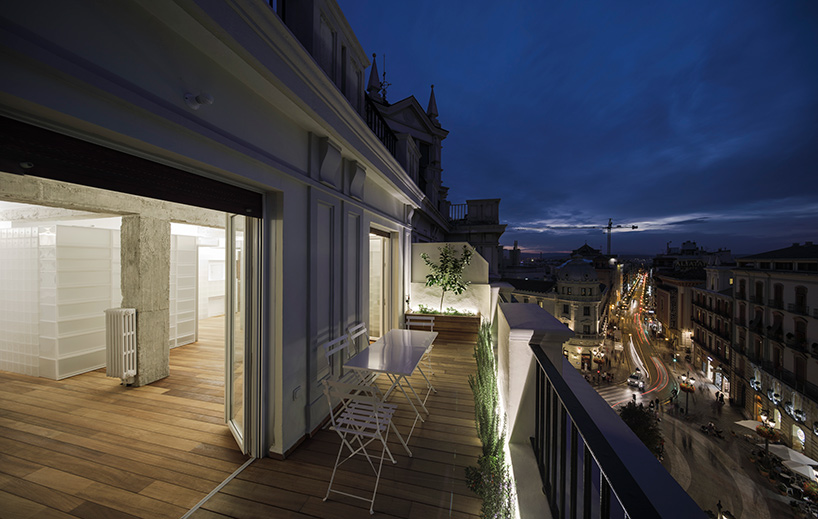 the home’s terrace illuminated at night 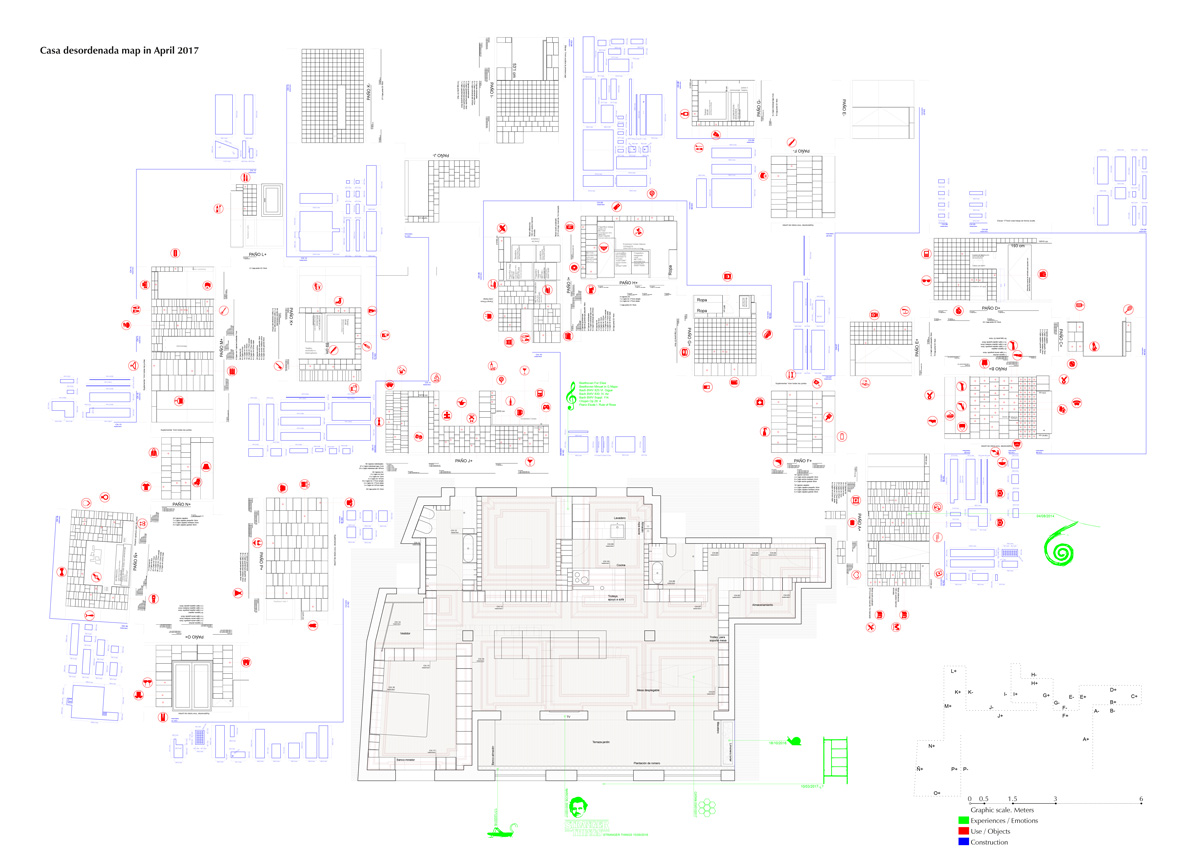 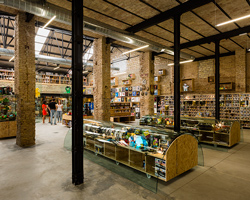 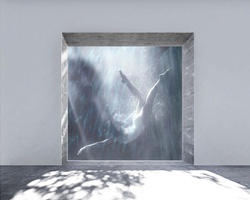 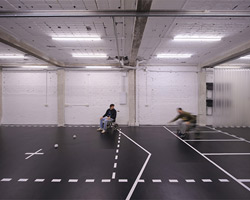