the korean pavilion at the 2018 venice architecture biennale presents ‘spectres of the state avant-garde’. the exhibit contrasts four key projects developed by the government-established korea engineering consultants corporation (KECC) during the 1960s, with four contemporary interpretations by young korean artists and architects. together, the archive of work forms an atmospheric installation addressing the KECC’s legacy and its influence on modern-day korean society.

inspired by the korea pavilion for the 1970 expo in osaka, one of the projects is ‘building states’ by hyun seok kang and gunho kim of SGHS. the works consists of three different installation pieces: a bench inside the pavilion, whose form is a reinterpretation of the 1970s design, while two ghost-like structures have been installed externally. the exterior works have not only been conceived as optical devices, but also models of ‘undefined architecture’. 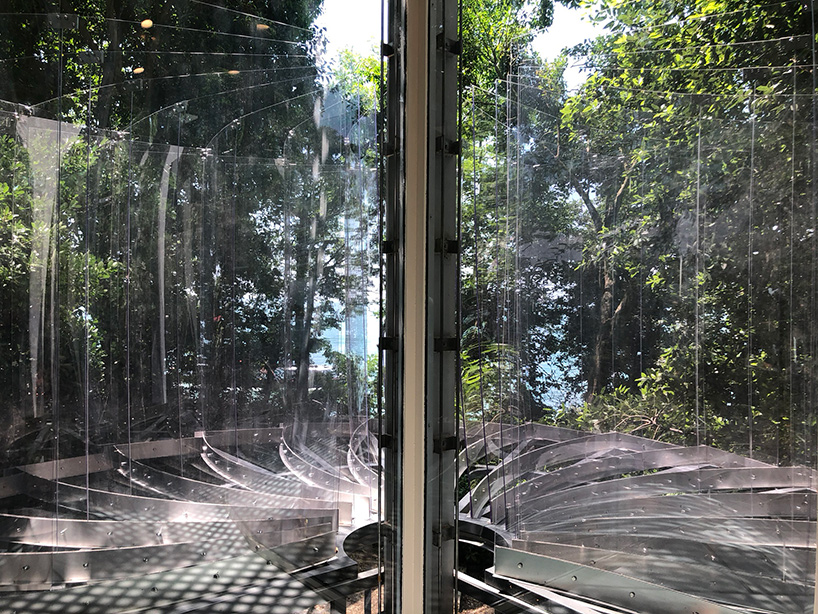 two ghost-like structures have been installed outside the korean pavilion

‘they respond to the changes of nature and time in venice and continue to present various phenomena inside and outside,’ explain the architects. ‘the reflection and distortion are made according to the change of light. when the rain comes down, the raindrops make the objects opaque and clearly reveal their existence, and they give a dramatic appearance that diffuses the appearance of each other in the movement of the sun.’ 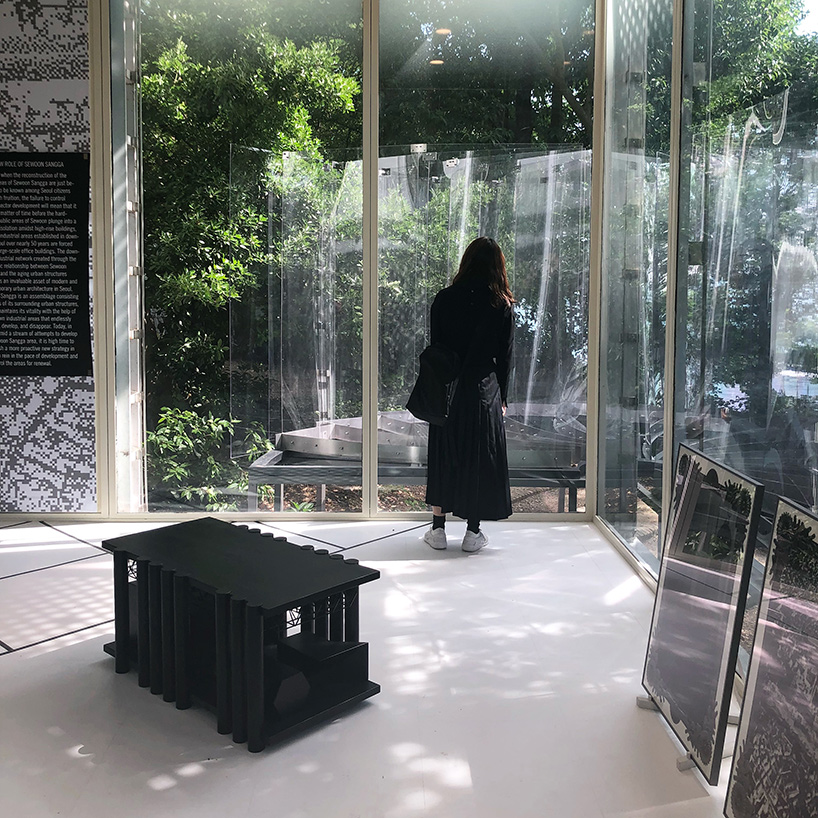 the exterior works have been conceived as optical devices

‘objects installed outside the exhibition hall do not belong to the inside of the national pavilion, but they are a third space that exists in the national pavilion in an extended or parasitic way,’ SGHS continues. ‘they try to overcome the boundary constraints of the state and to expose their mental and physical possibilities indefinitely, but they only reveal the paradoxical situation that, as revealed at the edge of the state, the state is an opportunity as well as a limit to the individual.’ 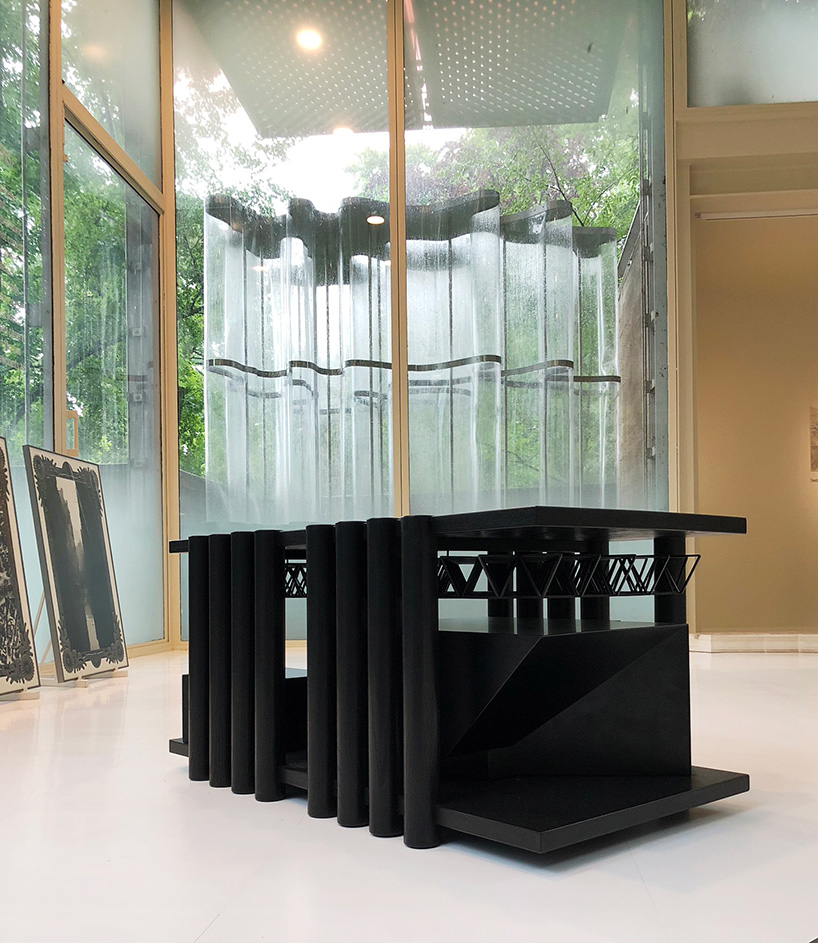 ‘the non-material space of straight and curved lines created by the transparent apparatus that resembles the overlapping and curved lines of paper and the inflated soap bubbles constantly converges and emerges endlessly through media phenomena,’ add the architects. ‘the casual changes in the interior of the exhibition hall and the natural environment transform the surrounding space in a variety of ways through smooth reflection and diffusion.’ see designboom’s previous coverage of the korea pavilion here. 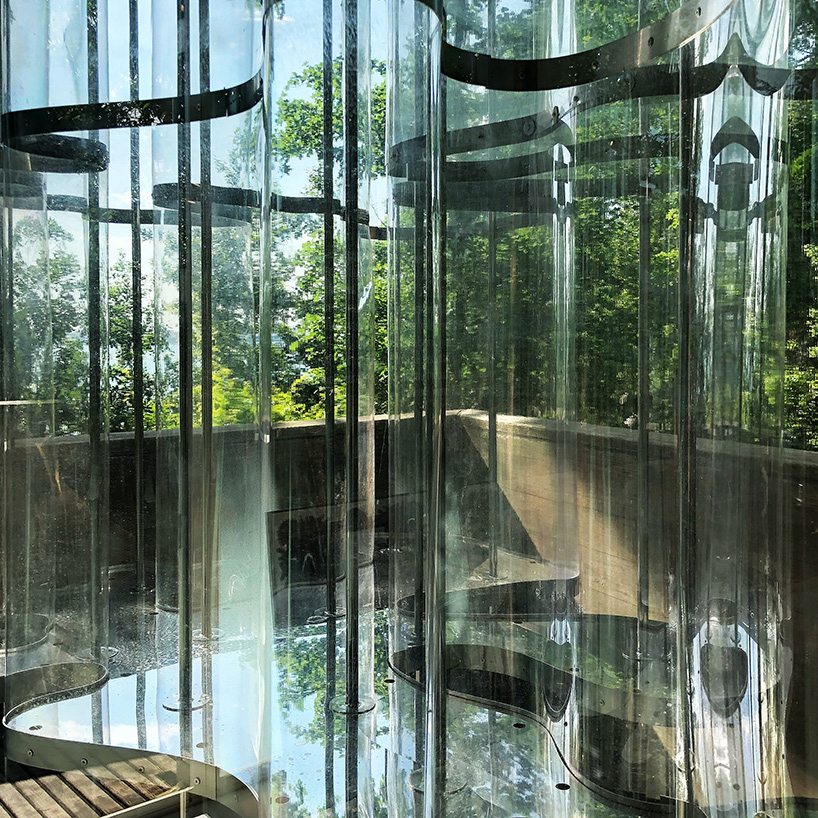 the second installation is more sculptural with sinuous forms 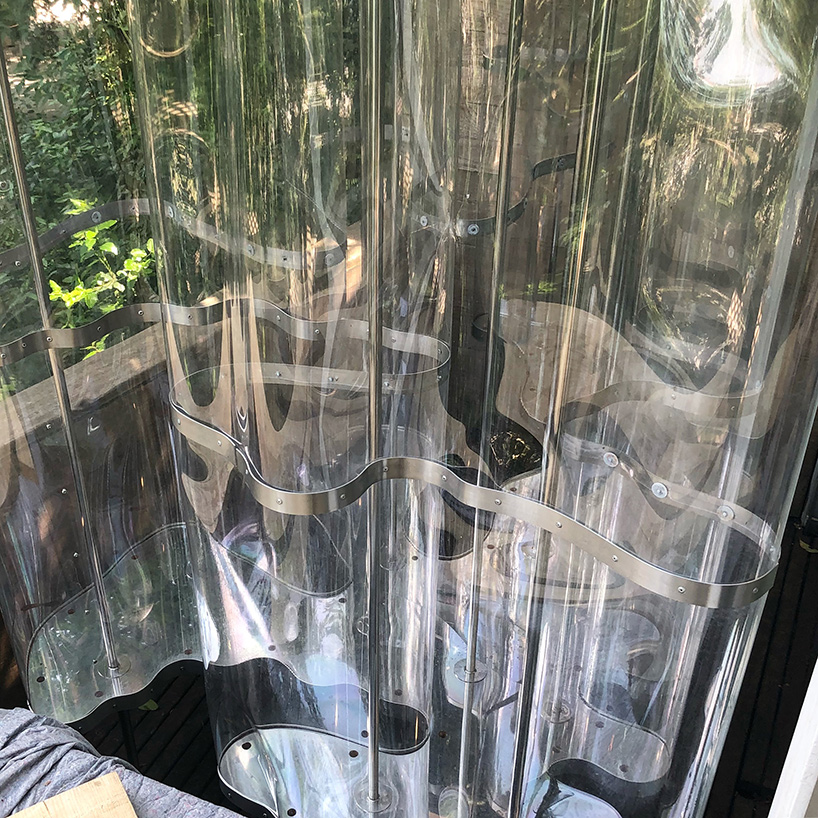 the appearance of the objects changes depending on climatic conditions 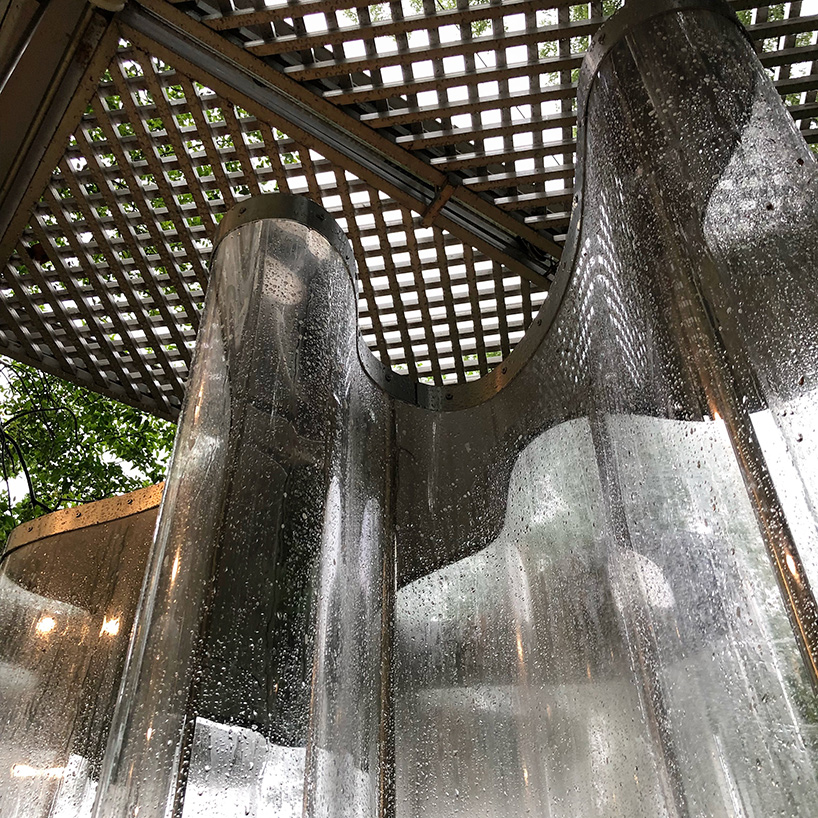 the installation shown in wet weather 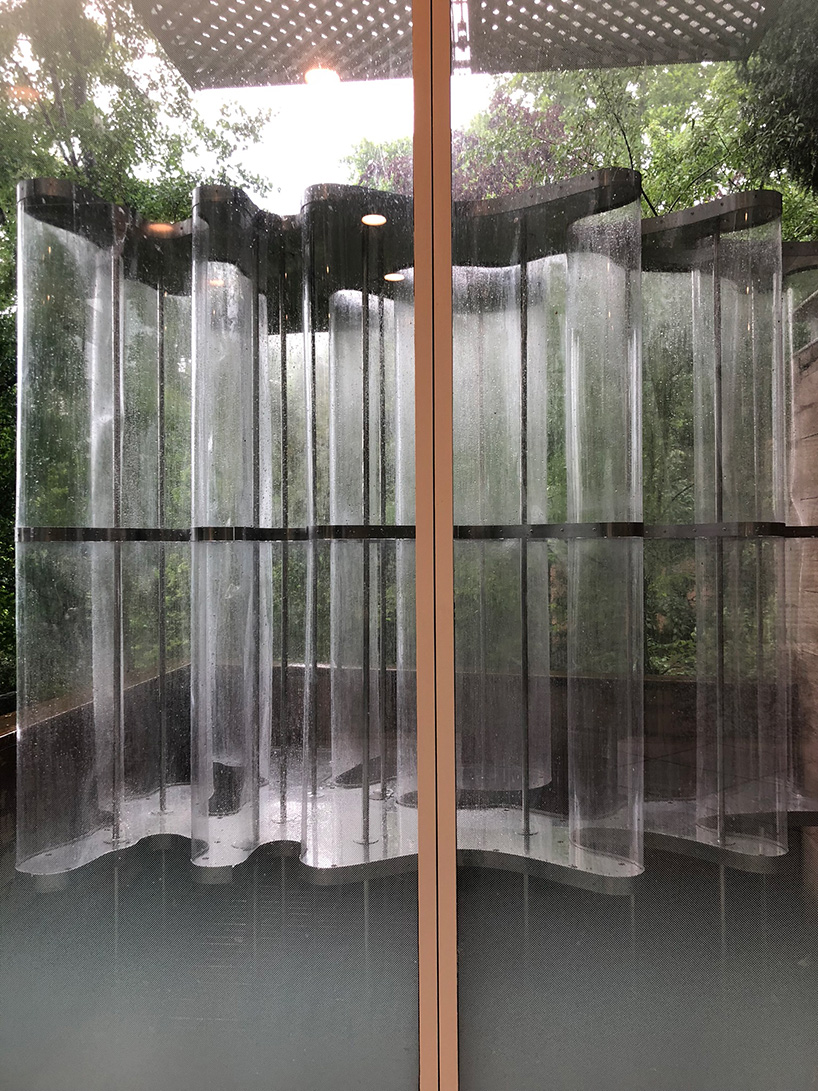 the work shown from inside the pavilion 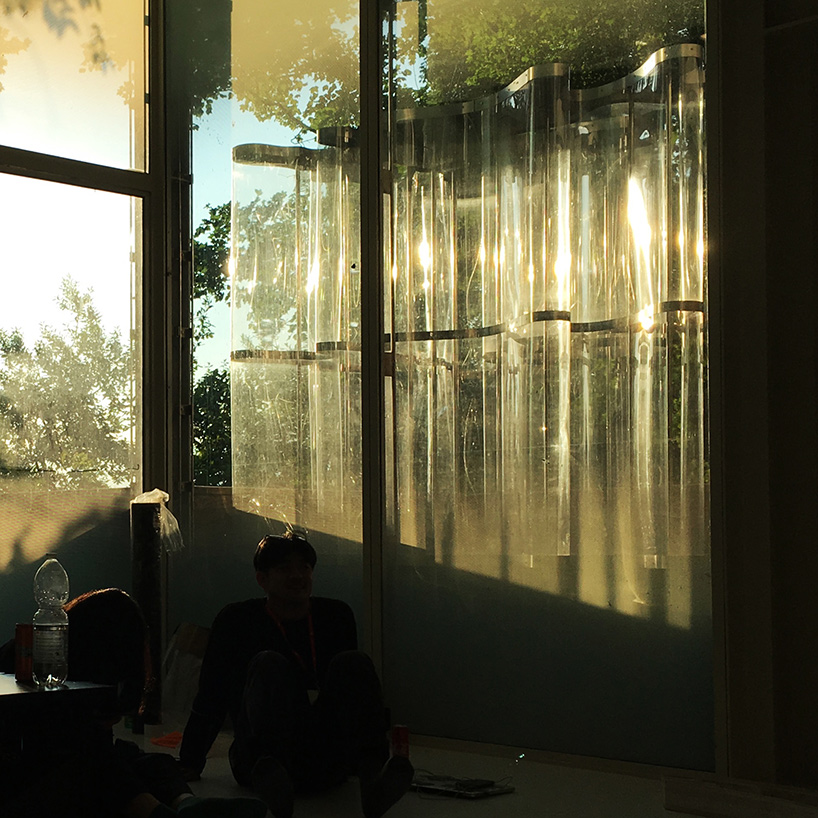 the work shown at dusk 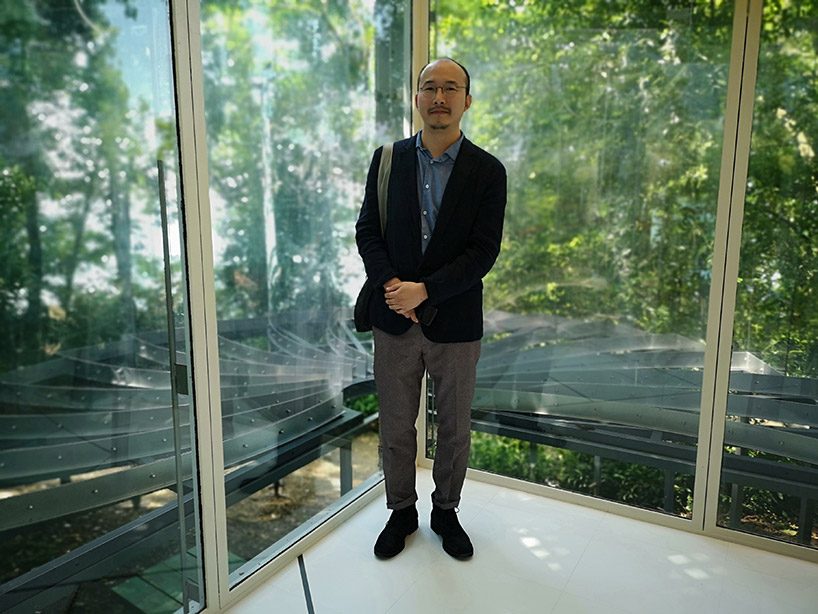 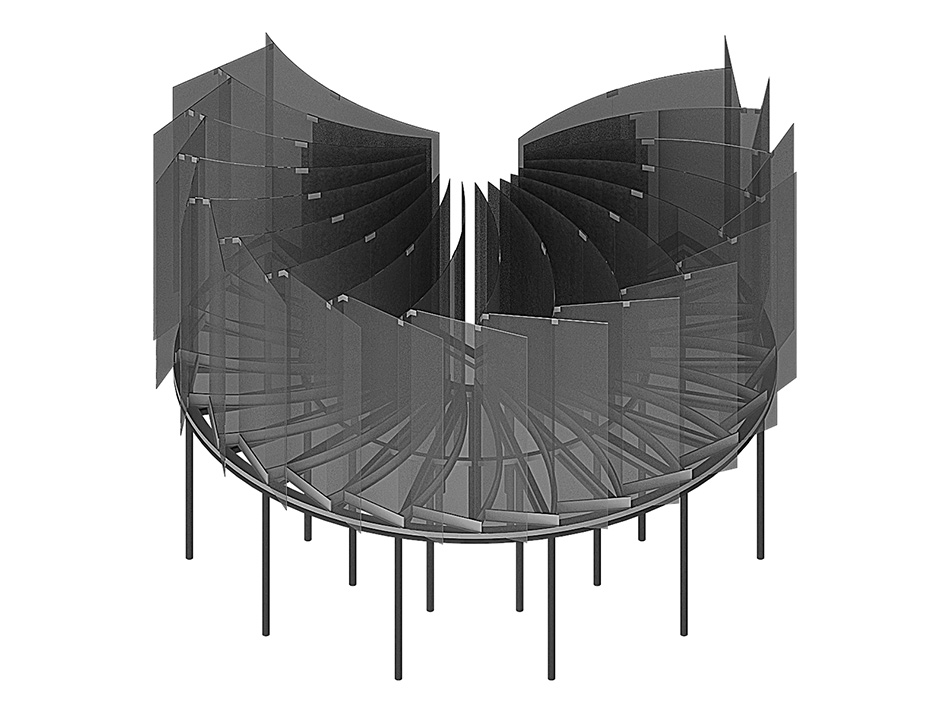 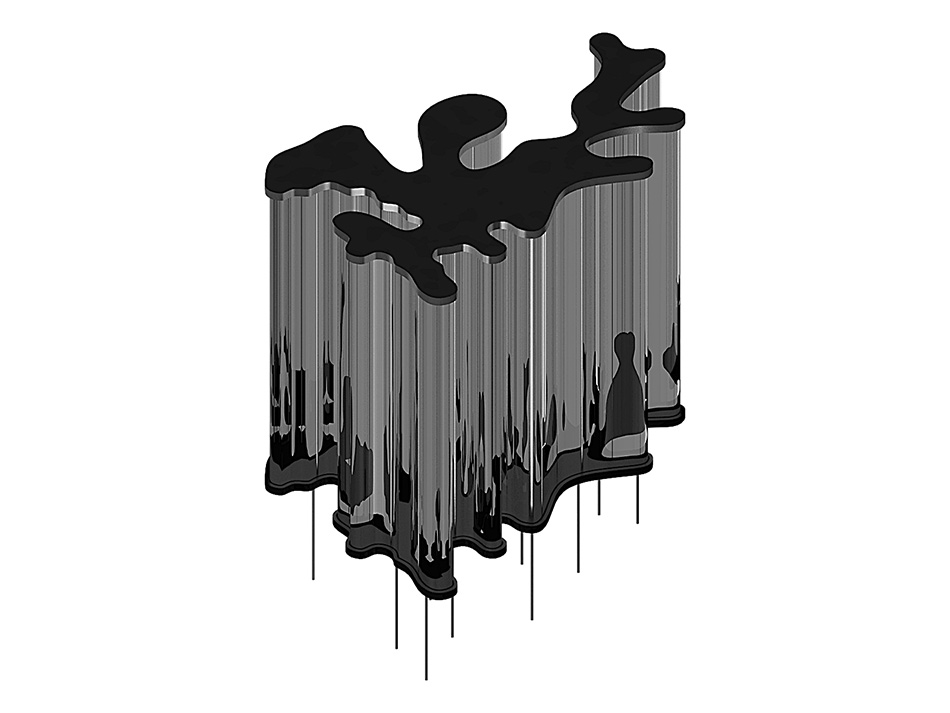 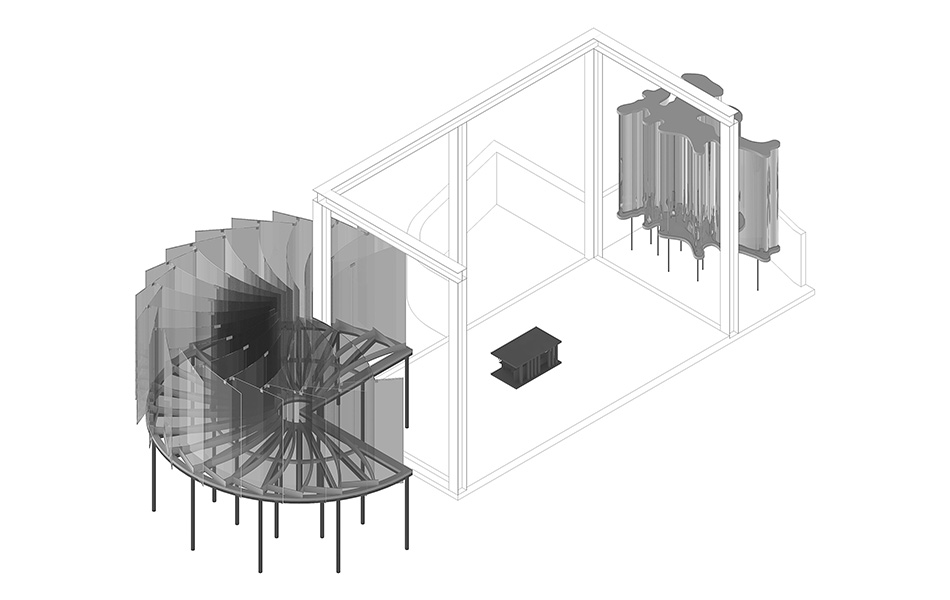 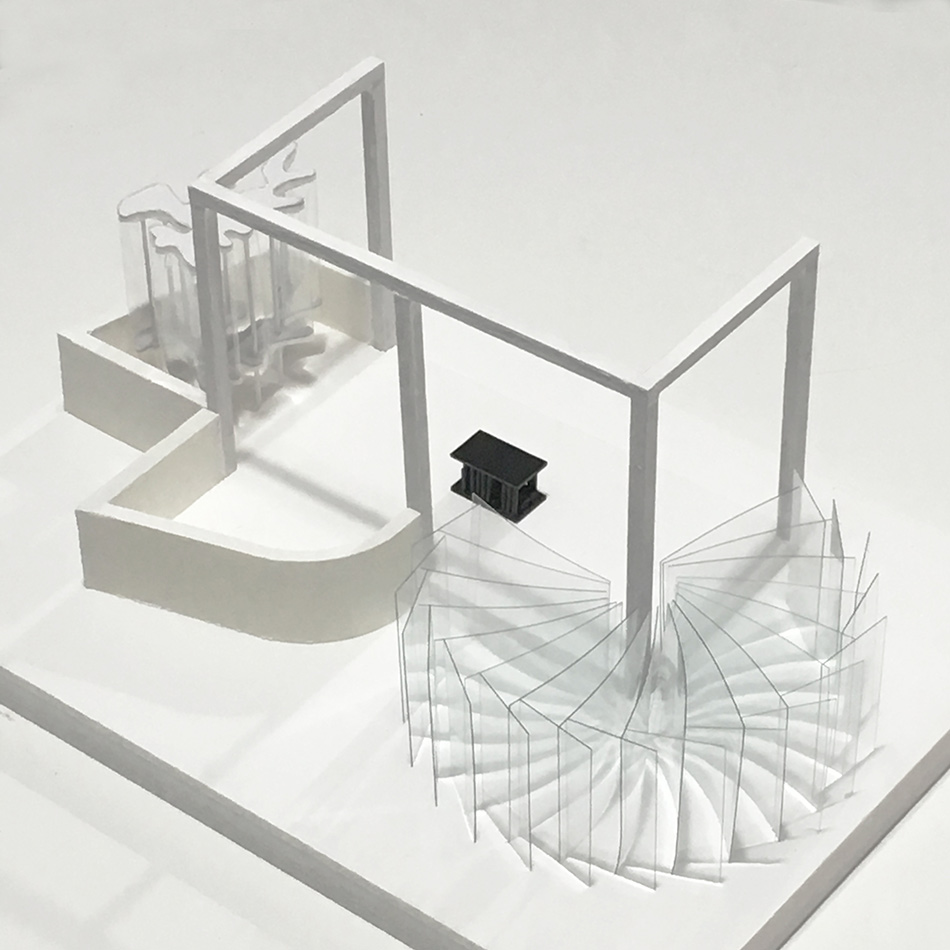