shane thompson architects have completed a 50 acre resort located along the coastal town of byron bay in southeastern australia. the design pays homage to the surrounding landscape including the critically-endangered littoral rainforest, natural lakes, ponds and diverse wildlife. the development is an example of architectural sustainability, boasting a minimal ten percent building footprint. 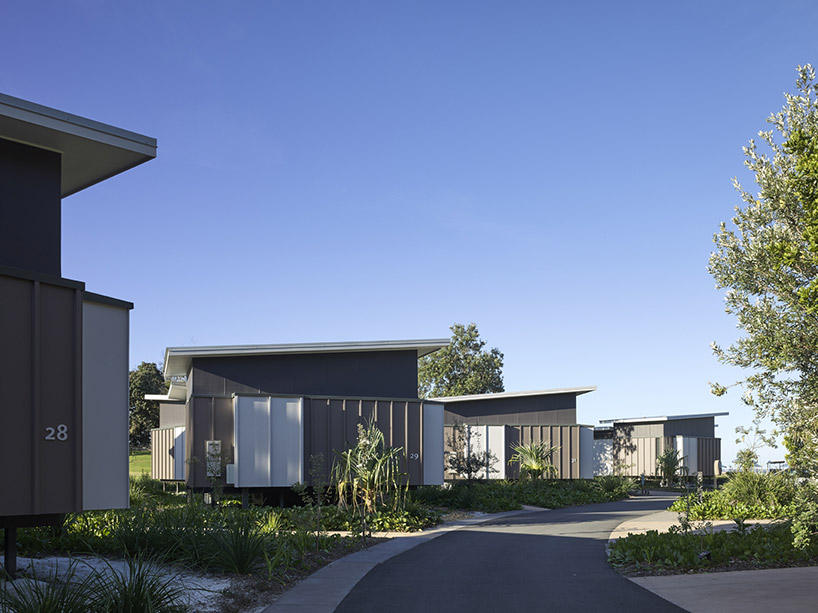 ‘elements of byron’ resort includes ninety-four villas which draw upon reoccurring forms within the landscape. the central facility features a curved asymmetric roof that mimics the lakes and sea surrounding the development whilst the individual shelters reflect the stark skyline. guests can enjoy the infinity lagoon pool which weaves through the resort as well as a communal fire pit, encouraging play and interaction. shane thompson architects foresaw the introduction of 65,000 new native trees and plants that were used to compliment the existing environment as well as to provide shade and coverage to the free standing pavilions. 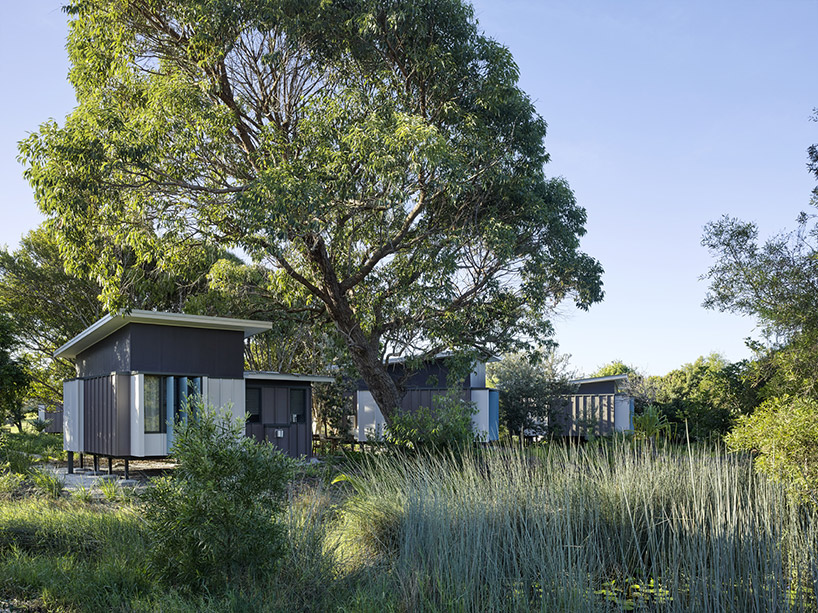 rowena cornwell from coop creative is responsible for the interior design of the project, choosing color schemes and patterns which were fitting to the australian coastal town. the rooms feature twisted wooden furniture housed within a minimal, private setting allowing guests to fully relax within the secluded retreat. 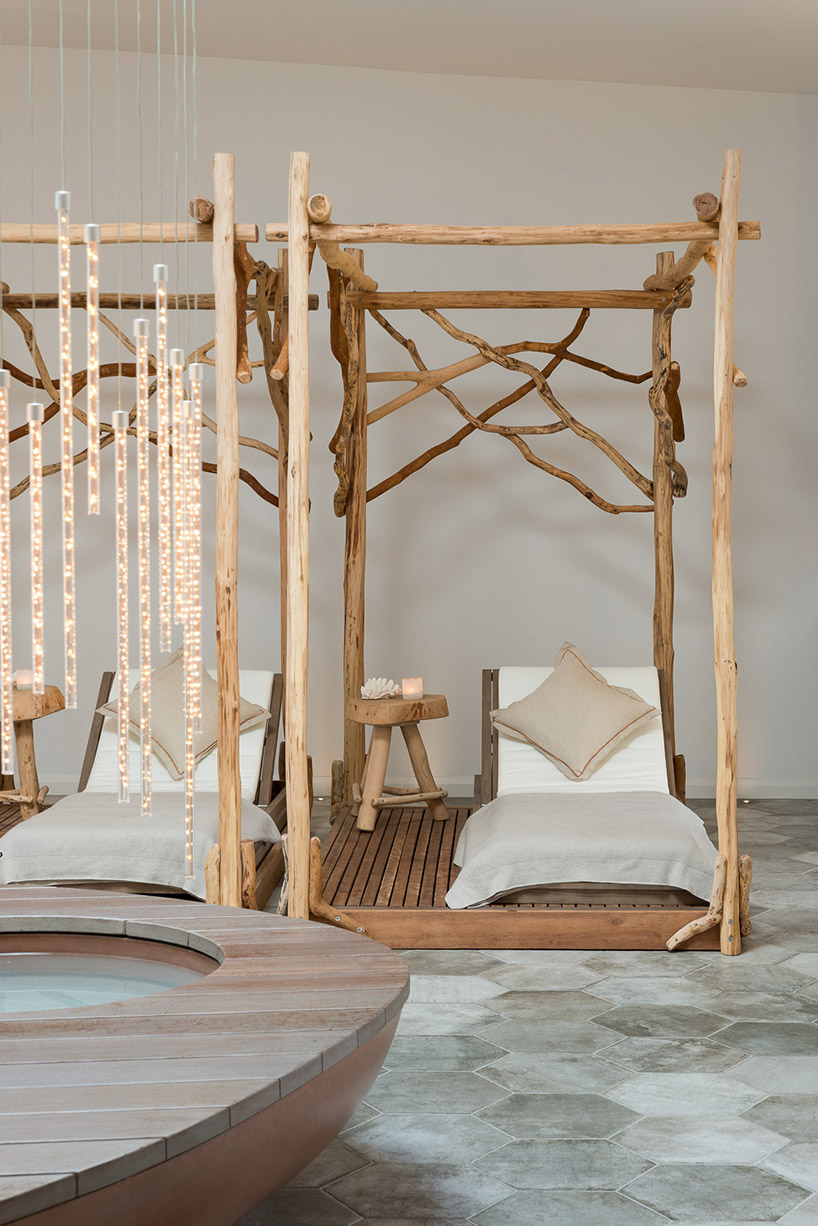 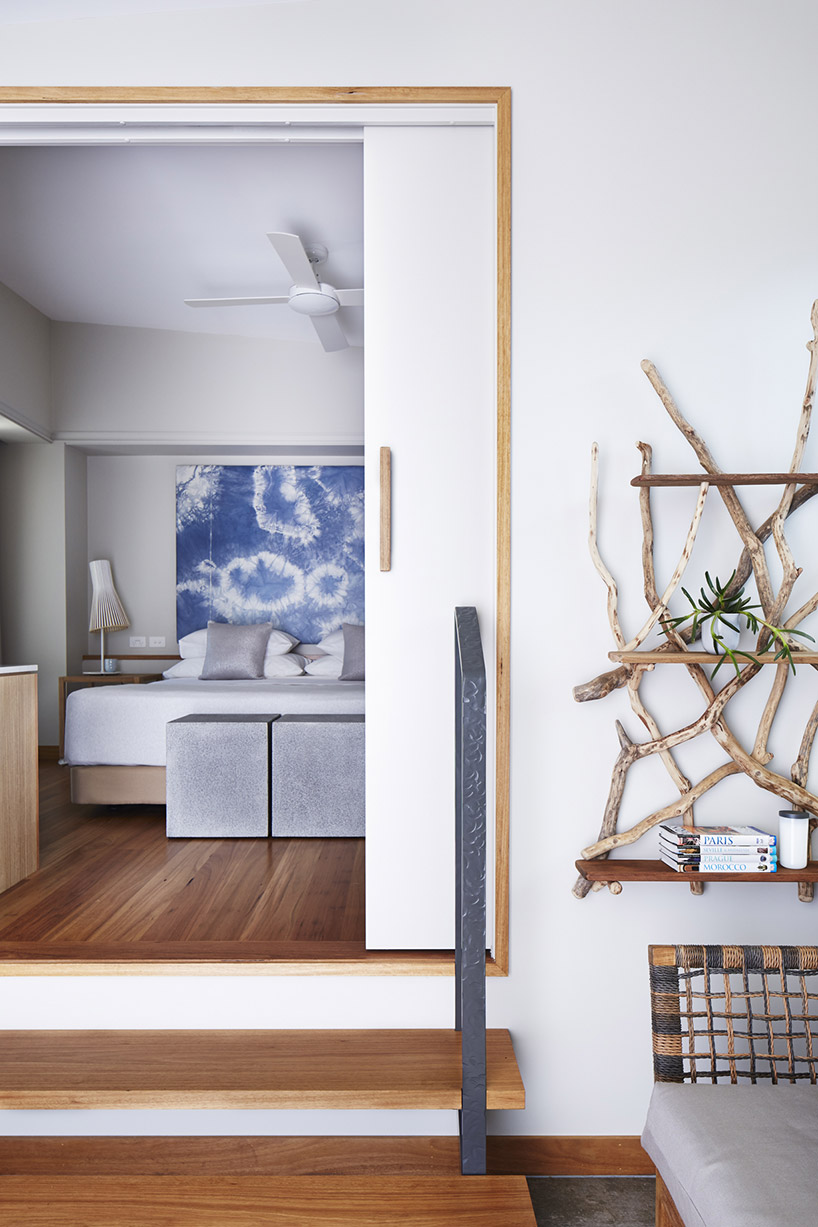 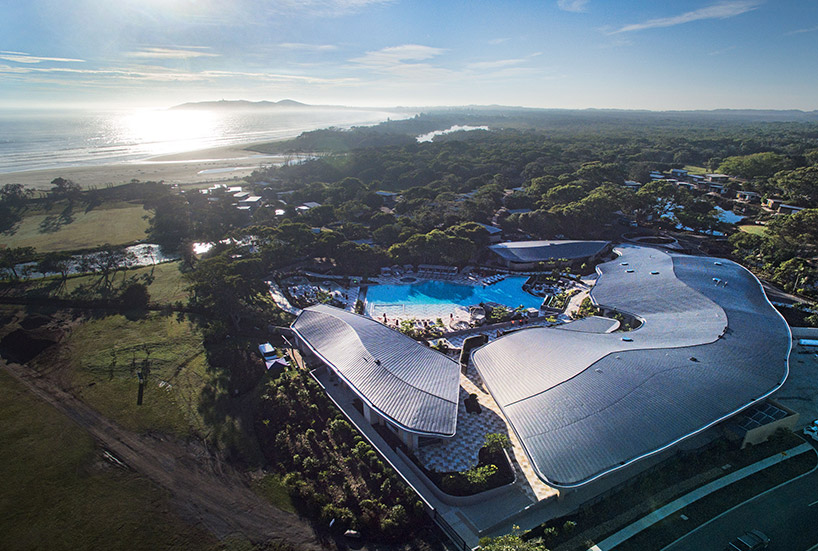