the ‘shell house’ by architect kotaro ide, is a sculptural shell-like structure which has been built in the woods of karuizawa, located in the nagano prefecture of japan. the house is meant to function as a vacation home, which is able to withstand the humid summers and cold winters of the region. to accomplish this, ide opted not to use the typical wood structure of villas in the area because of their susceptibility to decay easily. instead, he used reinforced concrete to construct two elliptical shell forms which are supposed to represent a conch. from its profile, ‘shell house’ takes on a j-shape which is raised above the ground by 1400 mm resulting in the ‘floating’ masses. ulin wood is used to create terraces around the home with a courtyard into the centre of the main living areas. the villa’s simple aesthetic lends itself well to the traditional japanese landscape, creating a balance between the futuristic man-made structure and the environment which surrounds it. the entire project took more than 18 months to realize and two and a half years to complete. 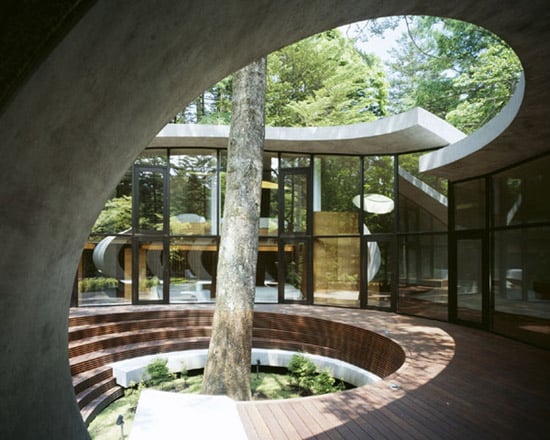 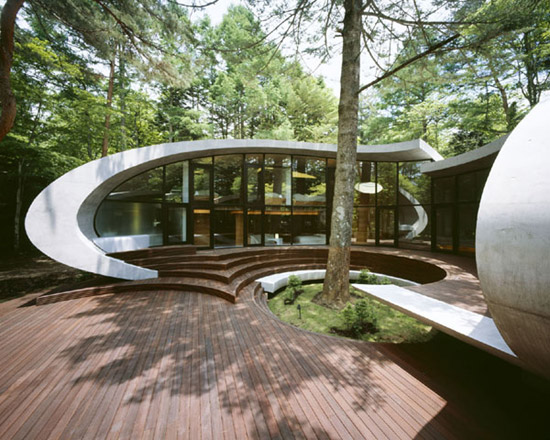 the j-shaped profile of the ‘shell house’ 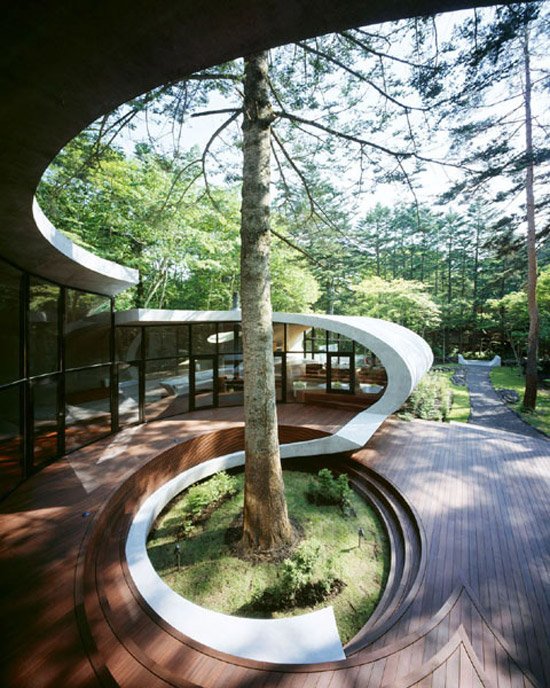 the concrete structure creates a continuous line from building to courtyard 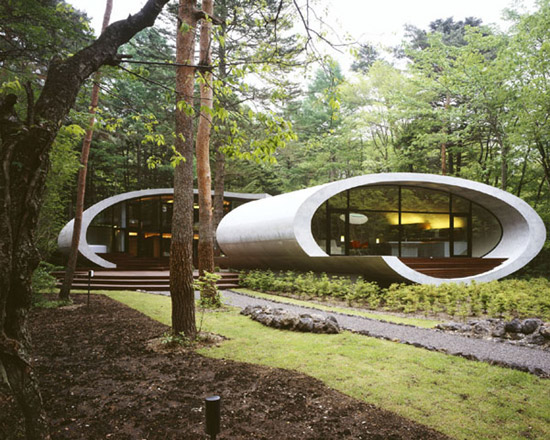 a view of the serene forest which surrounds the home 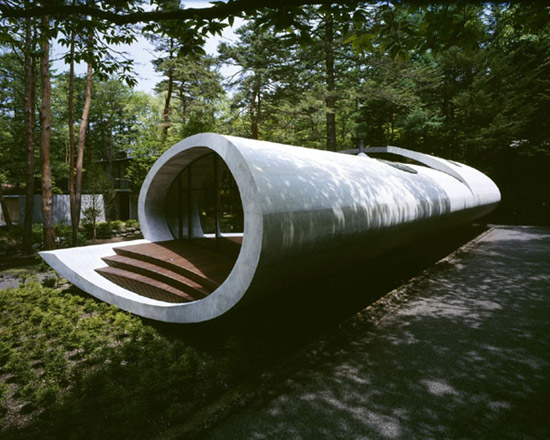 the extruded conch shell form has windows on each end, providing panoramic views of the scenery which surrounds it 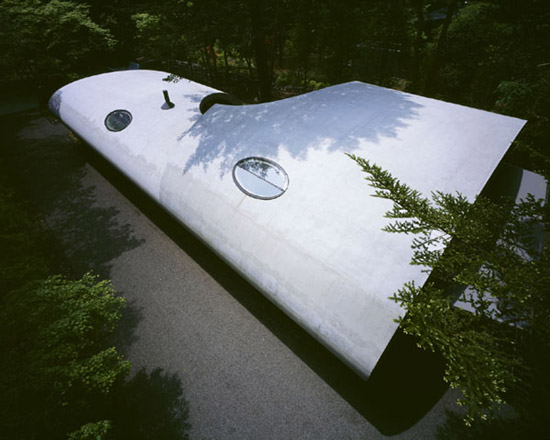 skylights allow natural light to flow through the interior from above 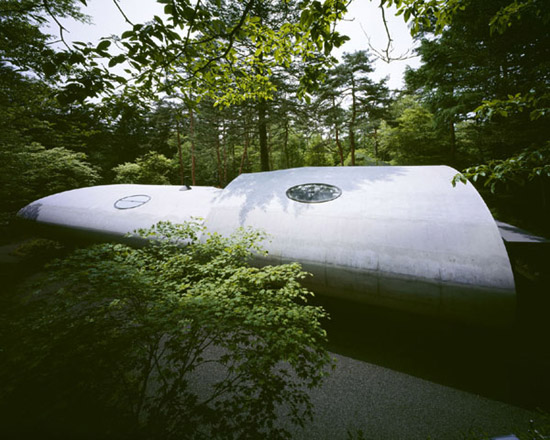