at the center of rotterdam, the matryoskha house by design office shift architecture urbanism (shift A+U) converts a 20th century townhouse into two high-end apartments by radically opening it up. initially, the house was in a derelict state due to the previous owner’s use of the space as a sub-standard workers’ hotel. bothered by the neglect, a neighbor acquired the property and gave the studio the commission for an extreme makeover. 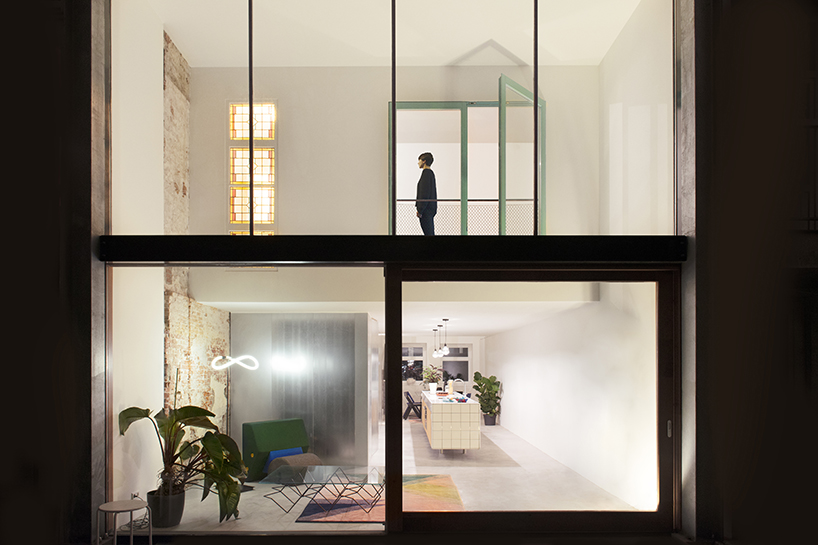 lower apartment with ‘suspended’ sleeping rooms seen from the garden

to begin with, shift has stripped the house entirely, only keeping its envelope and flooring structure which were later partly removed in each unit to create double-height living spaces. the private zones are suspended within the extended ceilings, creating a matryoshka effect: a box within a box. from the exterior, historic elements of the street façade were restored; the rear side was entirely removed and replaced by a portal frame construction in galvanized steel to provide structural stability. 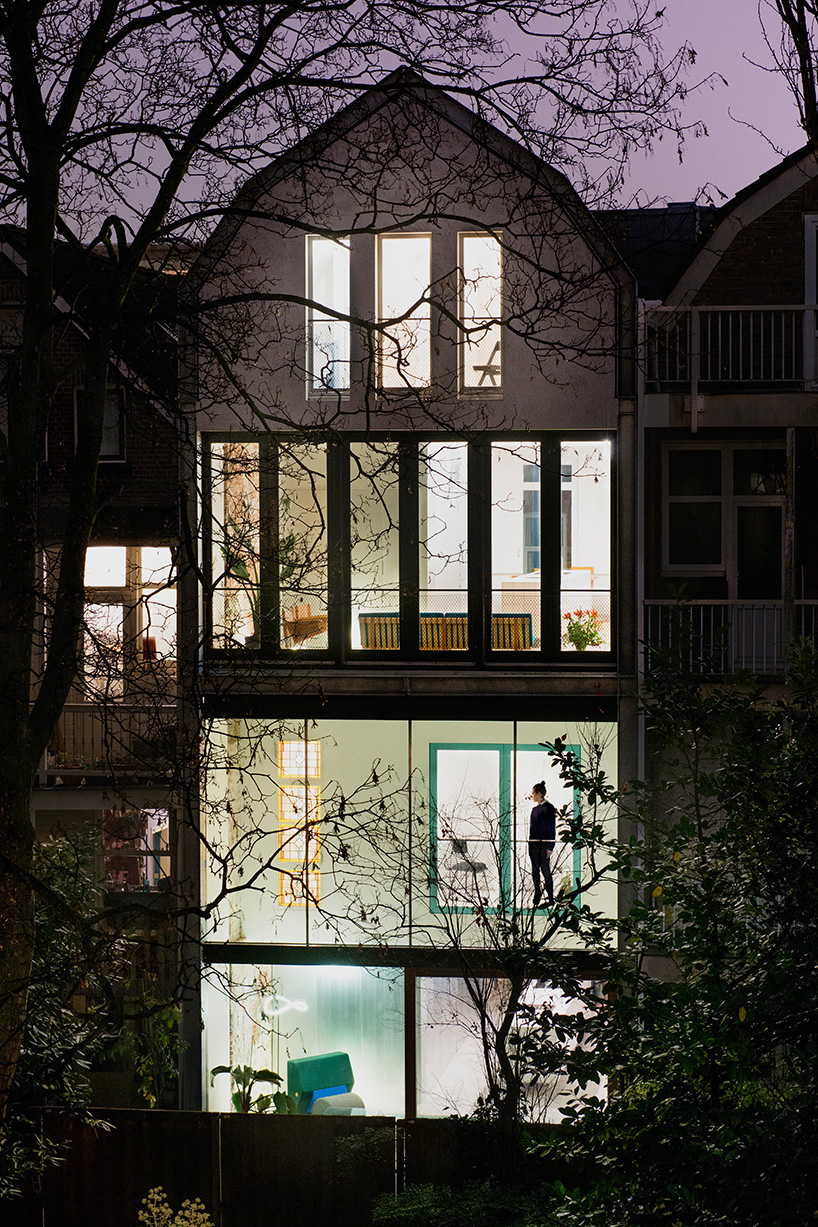 the interior of the house is a dialogue between old and new, contemporary and traditional, polished and rough, finished and unfinished. when possible, original details of the old house have been preserved. to bring out the raw character of the house, brickwork is left exposed and roof trusses bare, stained glass window panes were restored and placed within new frames. warmer materials and colors balance the use of reflective metal, concrete and black steel. 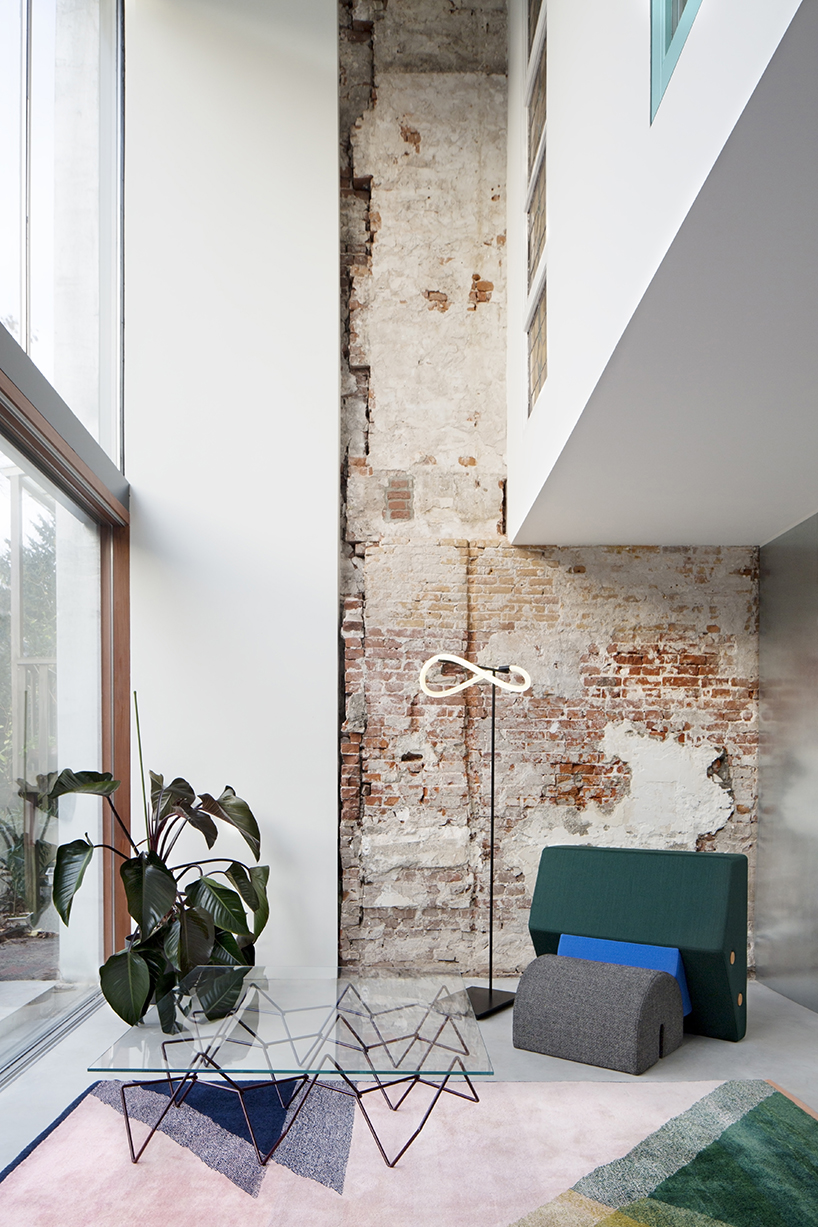 the lower apartment features double-height spaces at both front and rear façades, isolating bedrooms and bathroom as floating volumes in the center. both two voids provide the living areas of this fourteen-meter deep half-basement level with plenty of daylight. contrarily, the upper level is conceived as an inversion of the mass-void relationship of the lower part. here bedrooms, rather than the voids, are placed against the façades — opening up a spectacular double-height space at the center of the apartment, brightly lit by a skylight. even more, a large sliding door and three floor-to-ceiling double doors ensure that both living rooms can be fully open towards the garden. 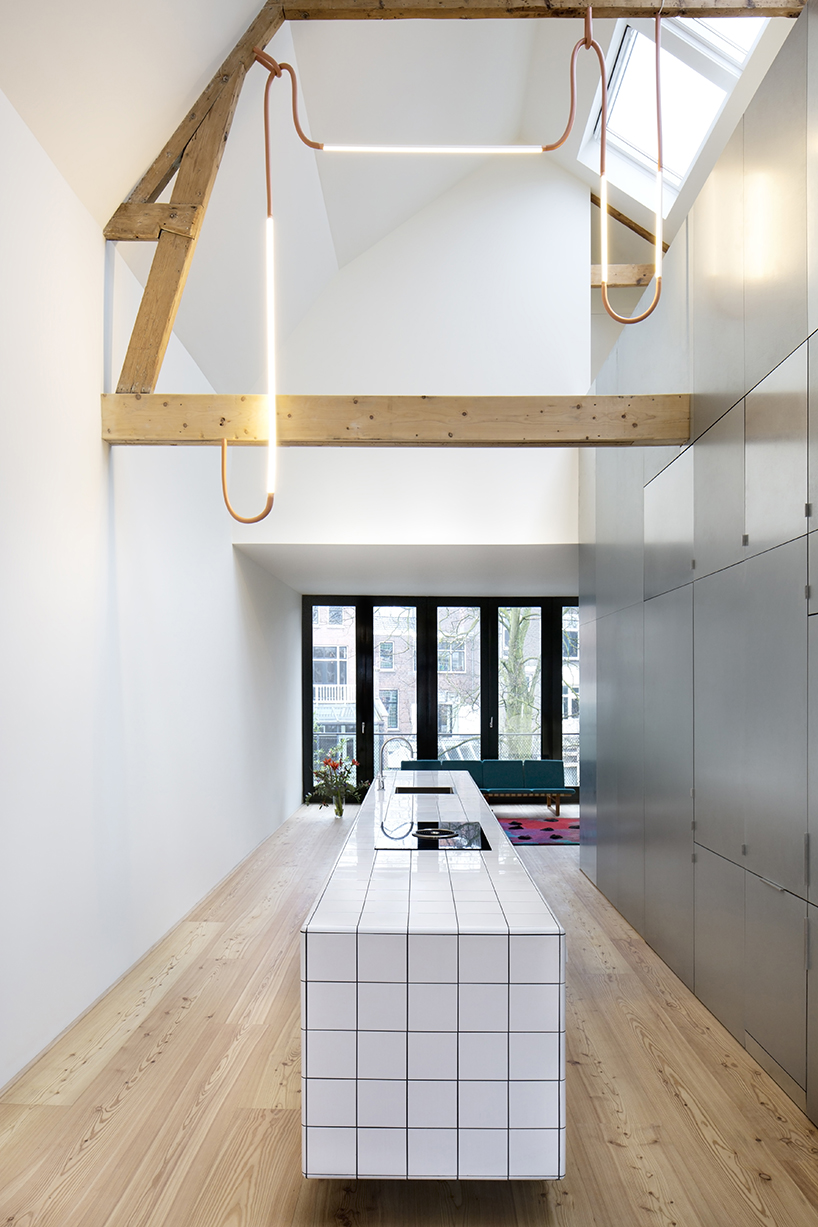 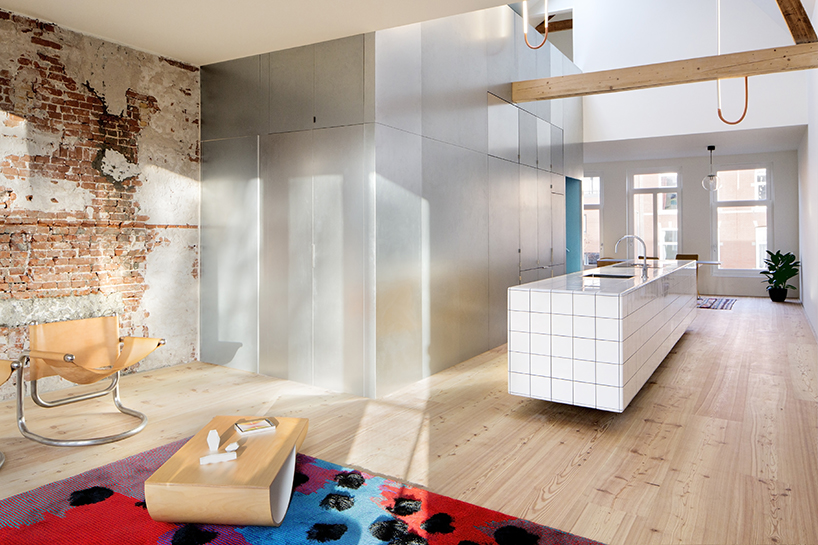 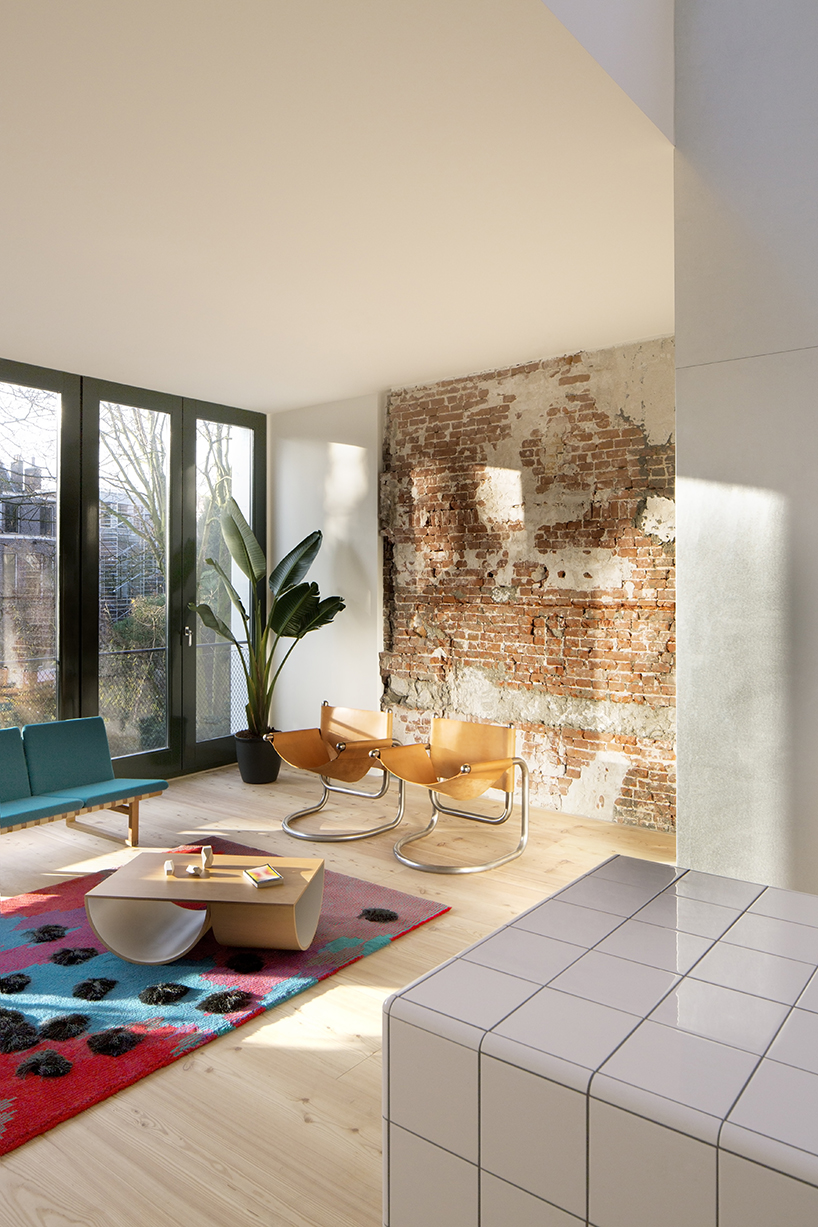 living room with floor-to-ceiling double doors towards the garden 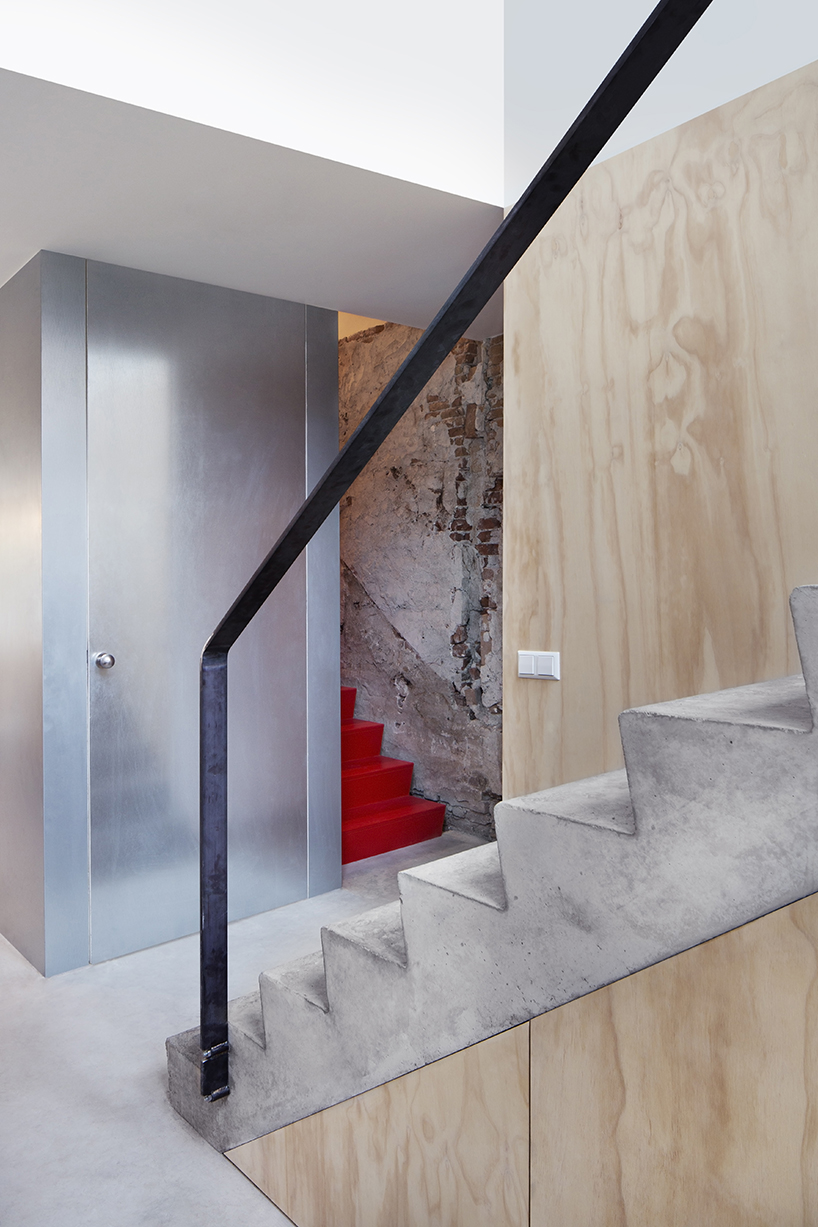 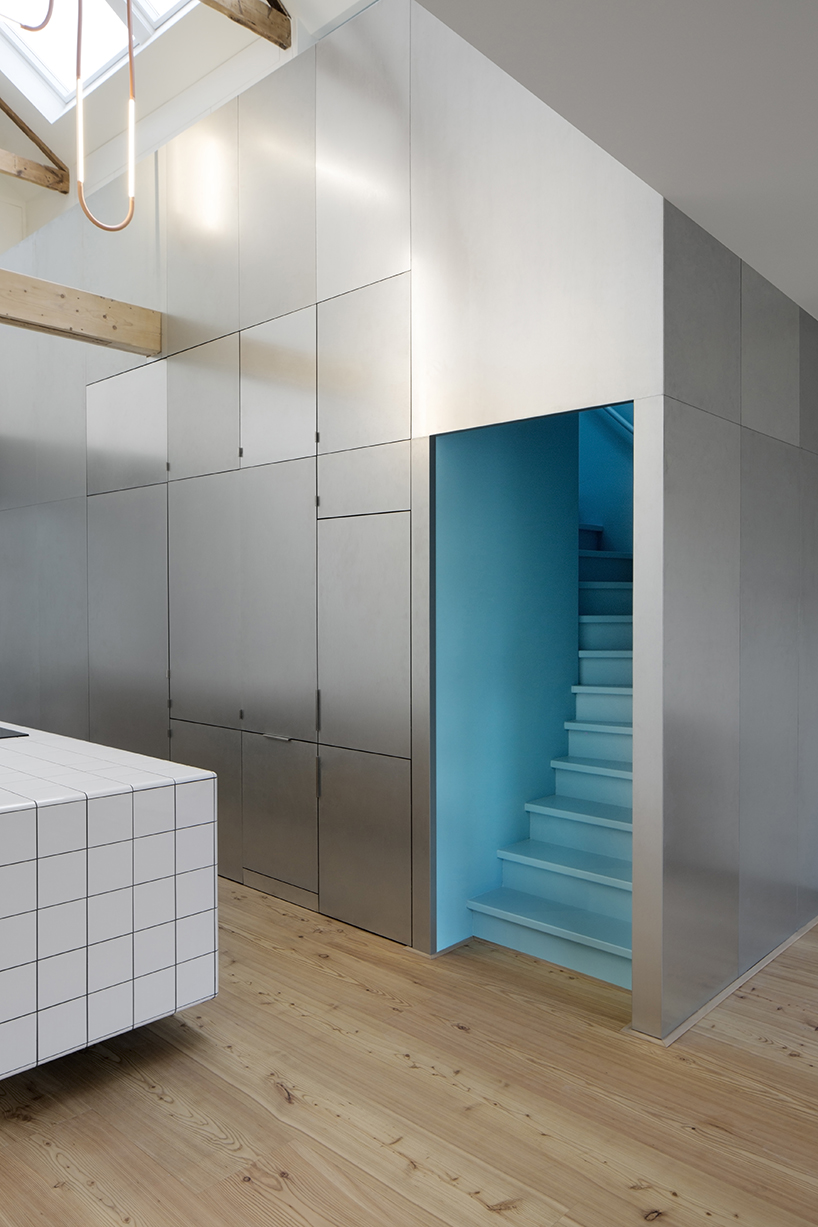 detail view of the baby blue staircase of the upper apartment 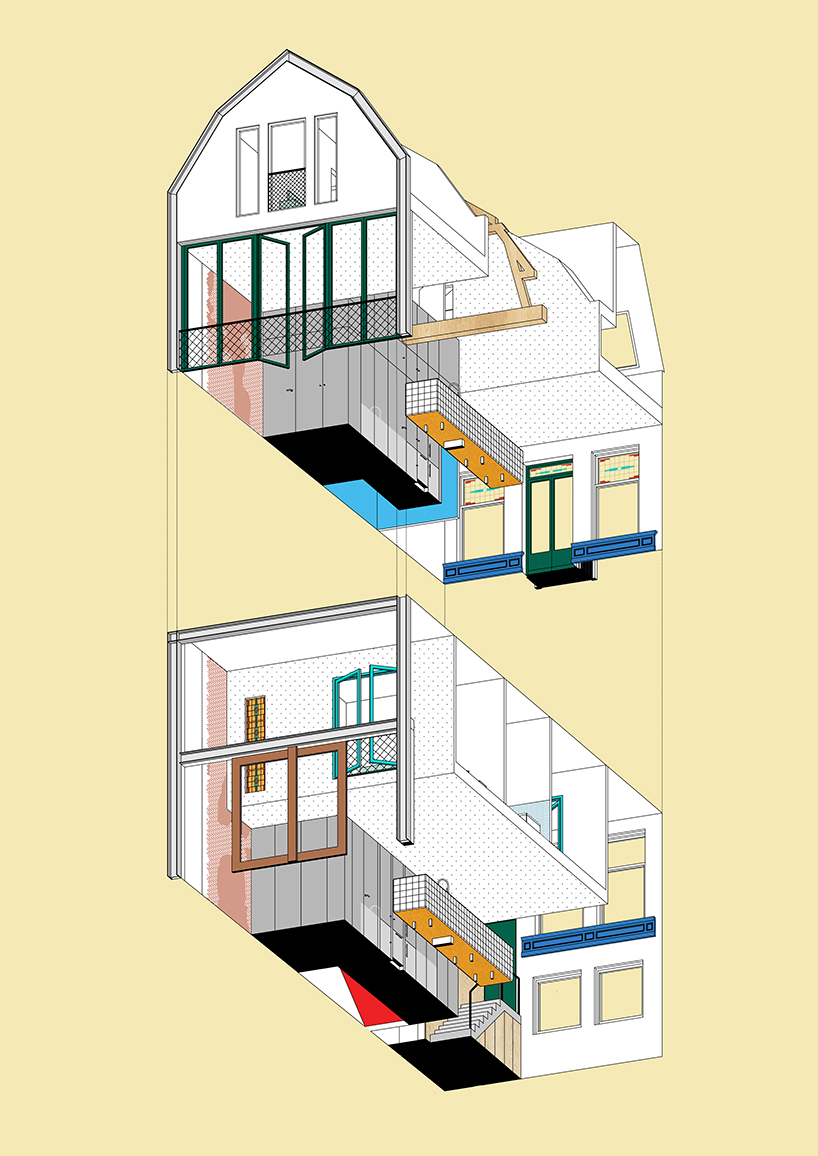 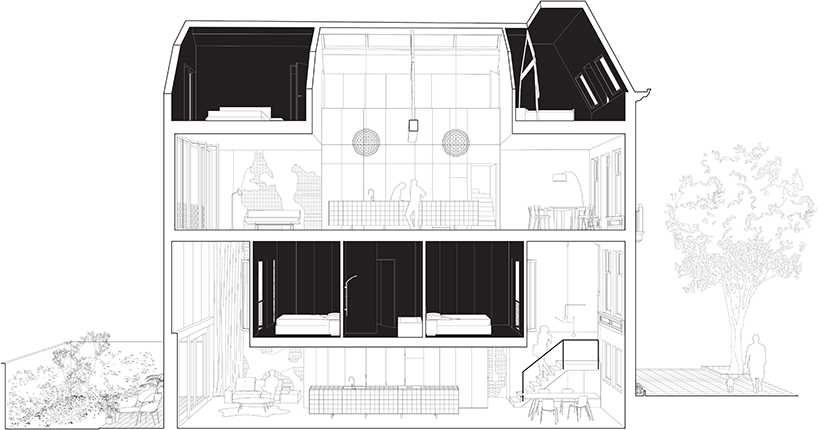 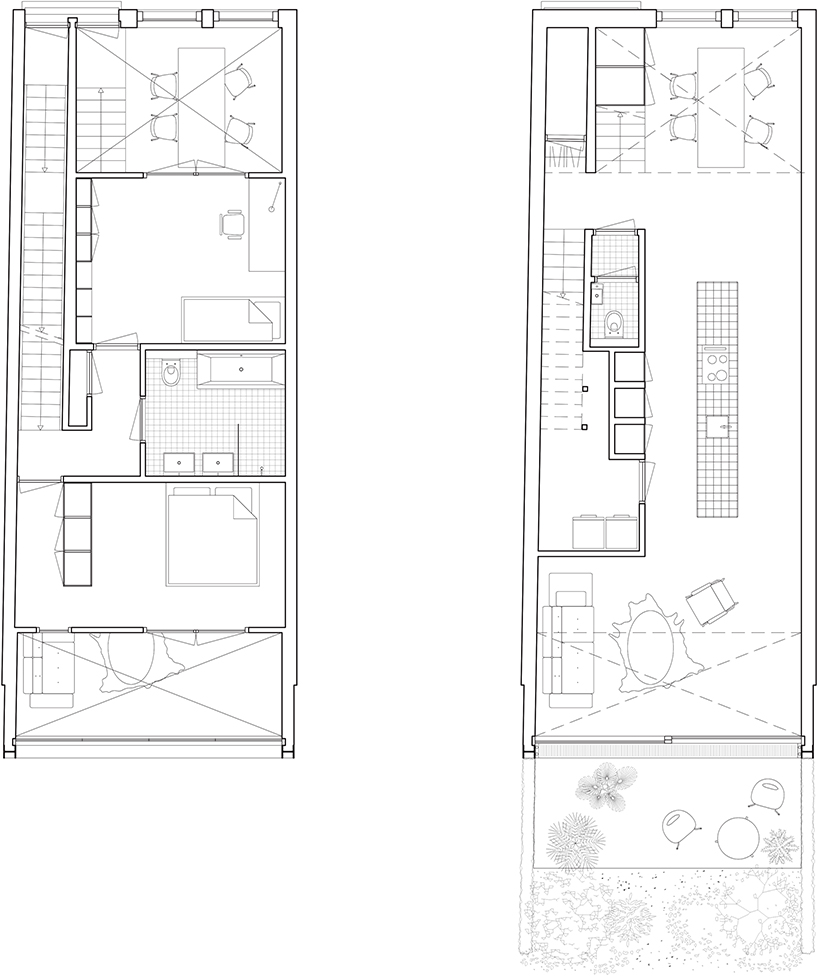 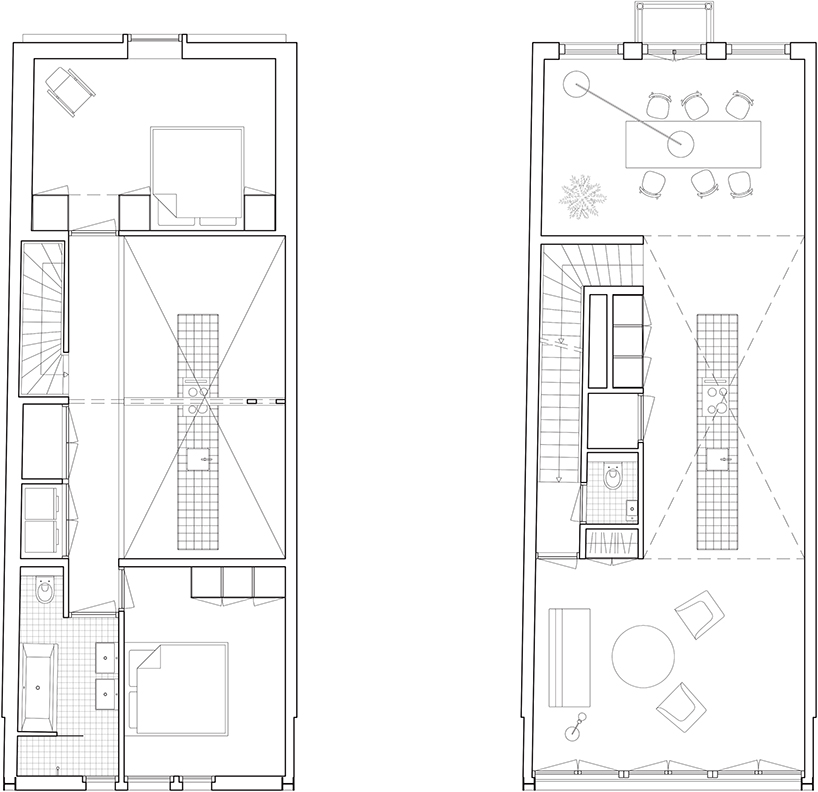 ARCHITECTURE IN THE NETHERLANDS (313) 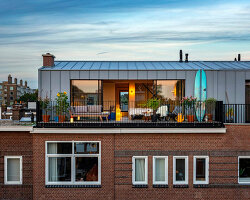 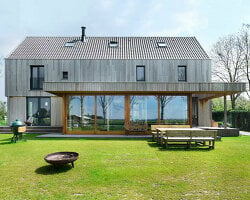 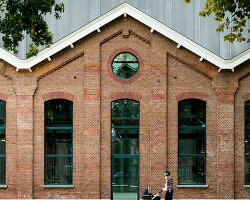 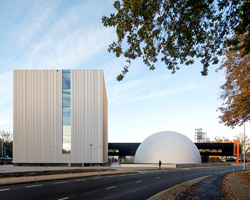 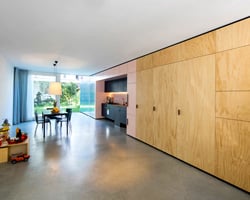 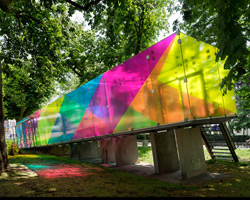 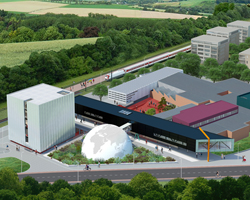