in 2014, shigeru ban revealed plans to add new penthouse units to the top of a historic building in new york’s tribeca neighborhood. named ‘cast iron house’, the original structure was completed in 1881 and is one of the city’s best examples of 19th century cast-iron architecture. located on the corner of franklin street and broadway, the building contains 11 duplex residences — ranging from three to five bedrooms — and two penthouses. 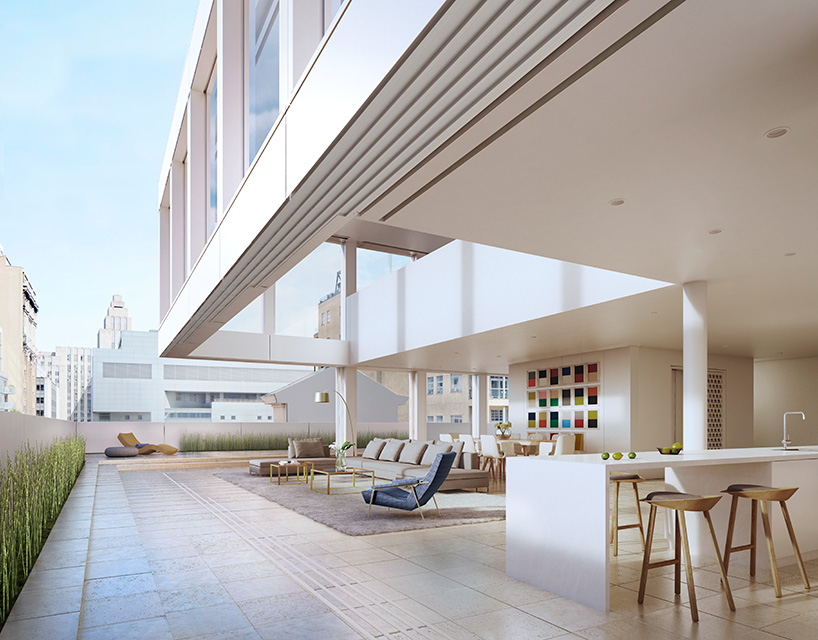 now, with the project well underway, the first model residence at cast iron house has been revealed. the fit out has been staged by interior designer brad ford, who is also the founder of the field + supply craft fair. ford sought to communicate shigeru ban’s vision for the project by treating the original cast iron façade as a bottle with the newly built interior as the protected ship. the building is developed by knightsbridge properties, a real estate company led by CEO and founder jourdan krauss. 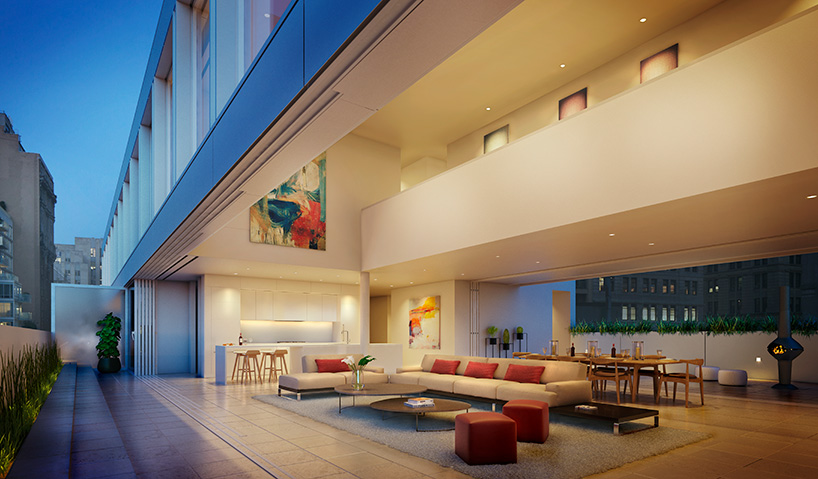 behind its neoclassical façade, with its wide windows and ornate columns, the property’s double-height living spaces — ranging from 17-25 feet — feature vintage pieces, which have been paired with custom and locally-sourced furniture. amenities include a fitness center, a sauna and steam room, a dance / yoga studio, and a residents’ lounge.

suspended by a cantilevered vierendeel truss, the two glass and steel penthouses appear to float above the existing structure. ‘I wanted to articulate it as totally different from the existing building,’ explains shigeru ban. meanwhile, telescoping walls can either be closed for privacy or opened to allow the elements in. see designboom’s previous coverage of the project here. 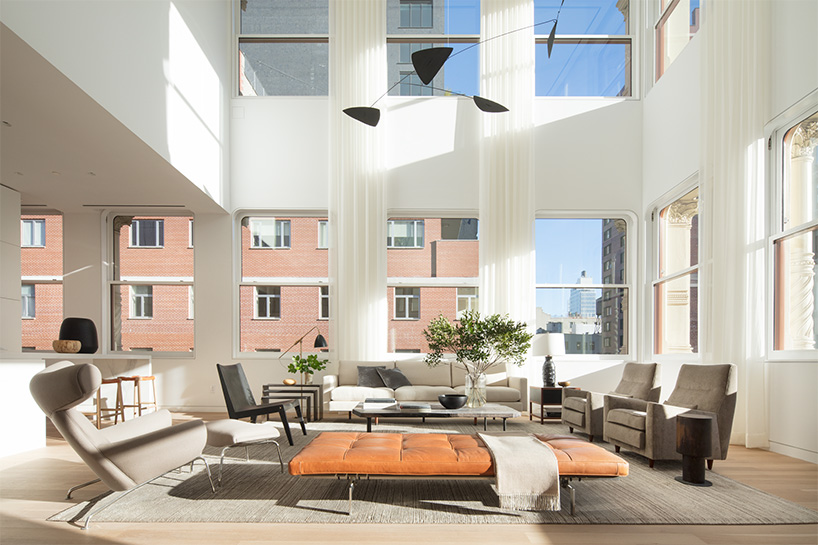 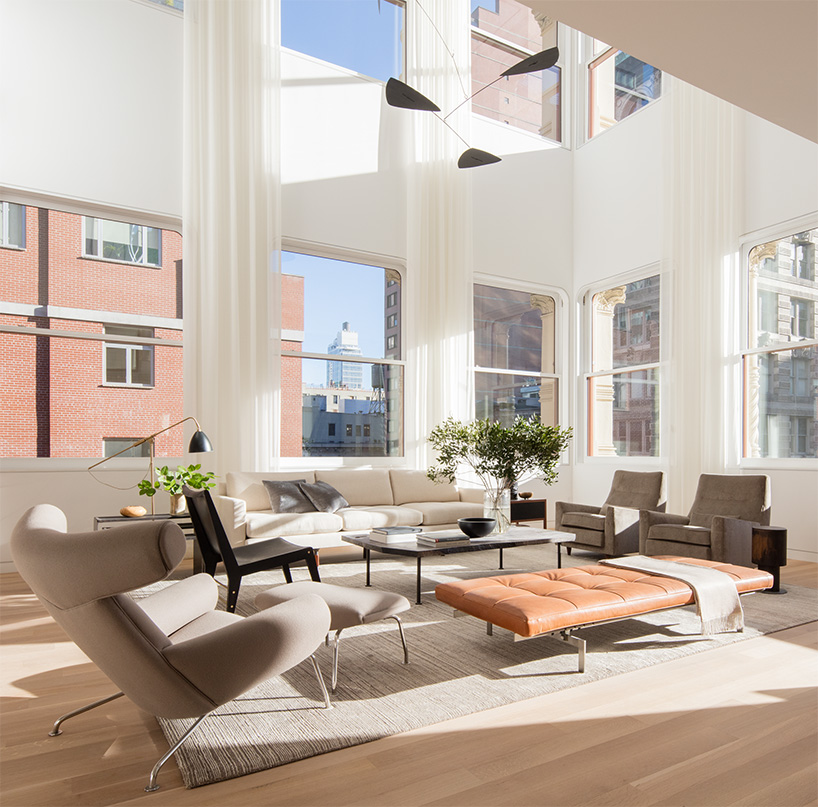 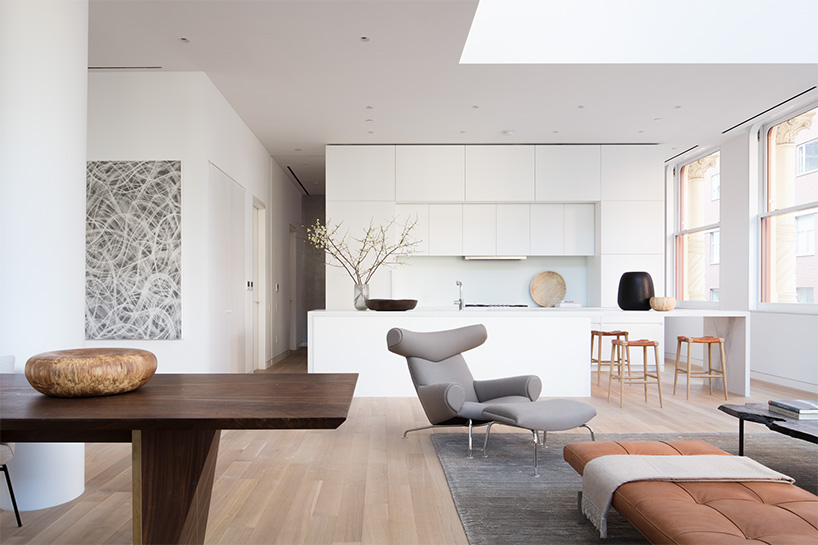 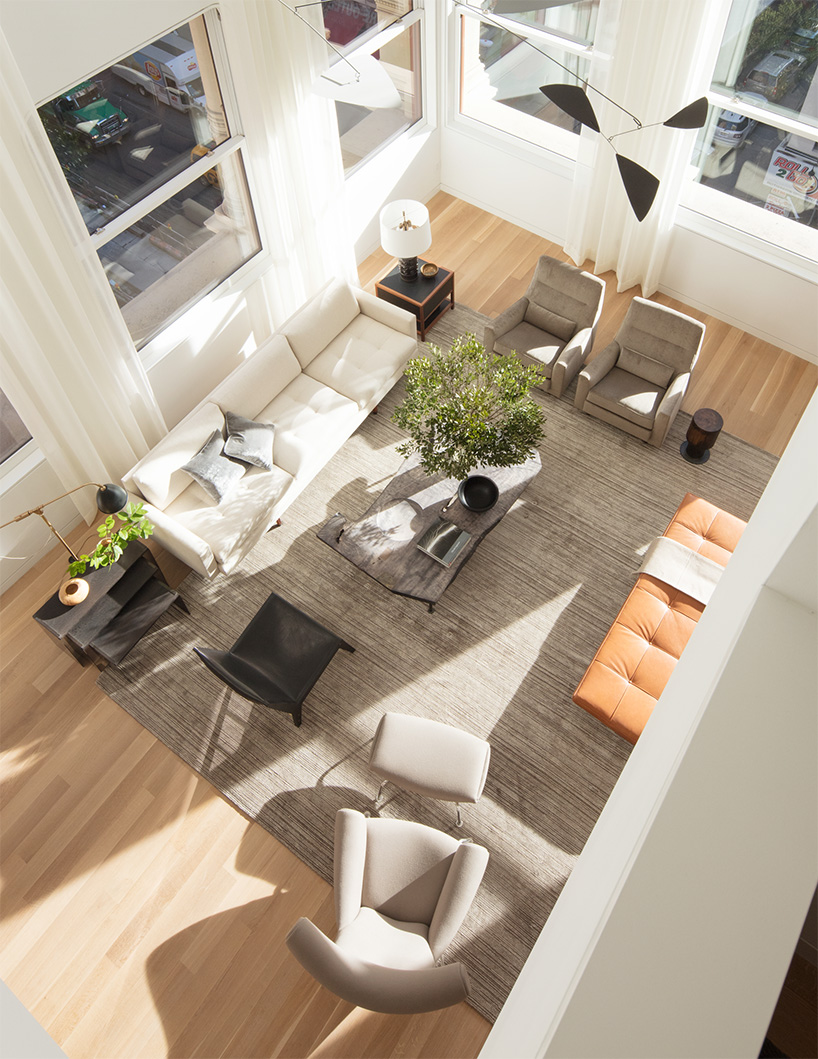 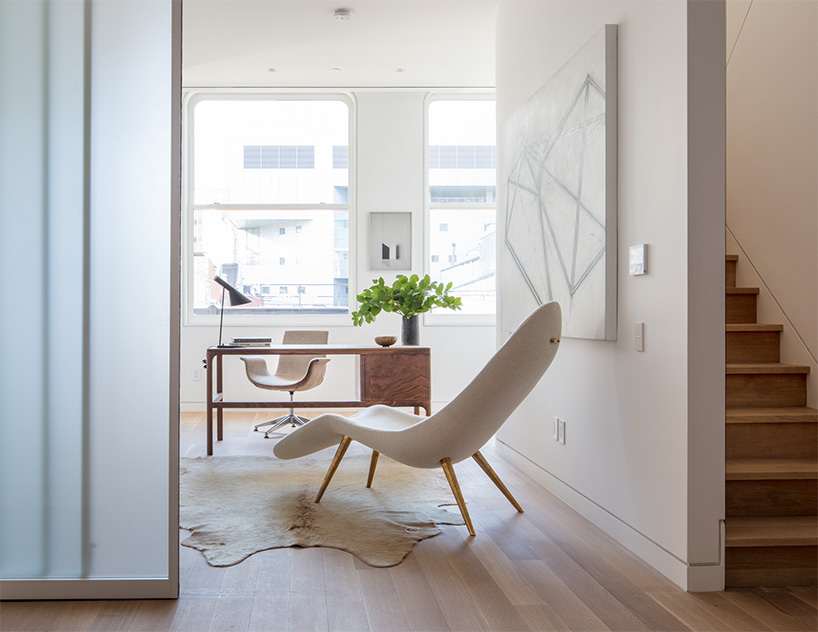 once complete, the building’s amenities will include a fitness center and a residents’ lounge
image by scott frances 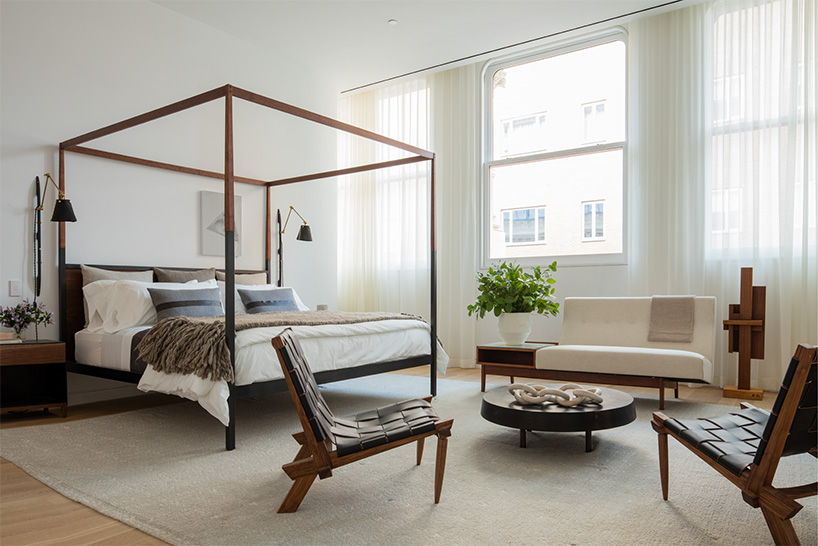