here is an update on our article published originally in august 2011:

last monday, japan times reported that miyagi, one of the three tohoku region prefectures hardest hit by the march 11 earthquake and tsunami, has completed construction of temporary housing for people affected by the disaster, leaving fukushima as the only prefecture yet to meet that need, as iwate finished such construction earlier. people started to move into the final six buildings to be completed, comprising three stories — unseen in other disaster-hit areas — for 144 households in onagawa. the town, surrounded by mountains, decided to build multistory structures in a ballpark to make full use of available flat land.

the ‘multi-storey housing’ planned by japanese firm shigeru ban architects is a transient and quickly erected emergency housing structure for those in need of immediate disaster relief in japan. the project contains 188 homes and have been configured and constructed on site. the dwellings are layered in a row like fashion with gaps separating the units creating a checkerboard pattern along the expansive facade.

the accumulated units reach a maximum of three floors due to uneven terrain therefore maintaining a low profile form capable of withstanding earthquakes. the grounds surrounding the homes provide the temporary residents with a market, library and assembly space. the possibility of remaining permanently is presented to the individuals as a long term solution to the projected shortages of shelter. 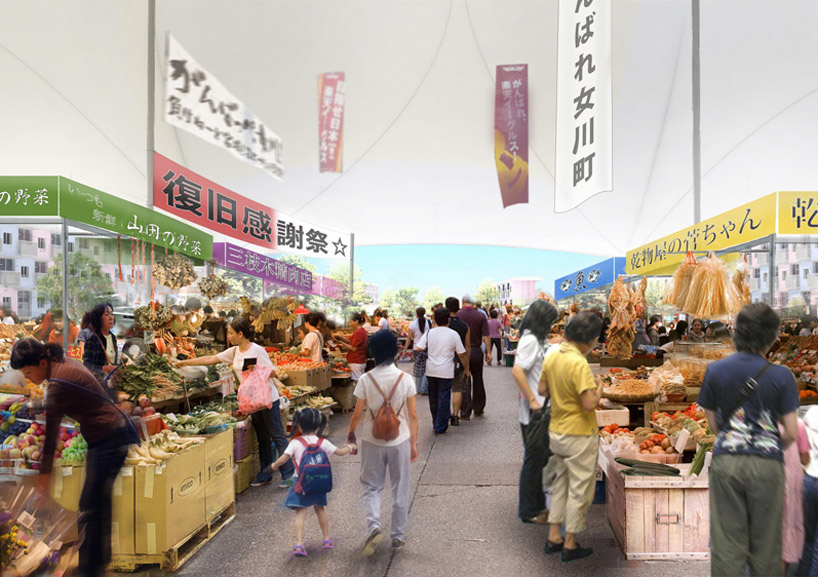 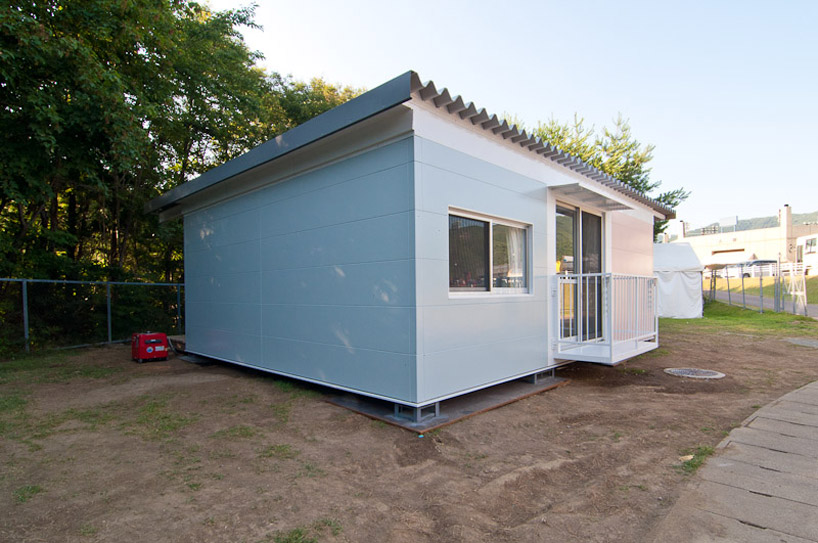 exterior of a single unit 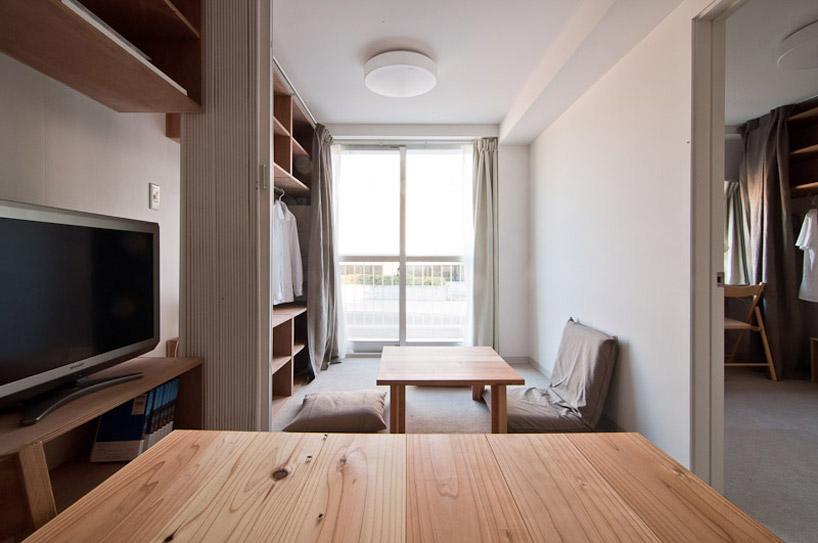 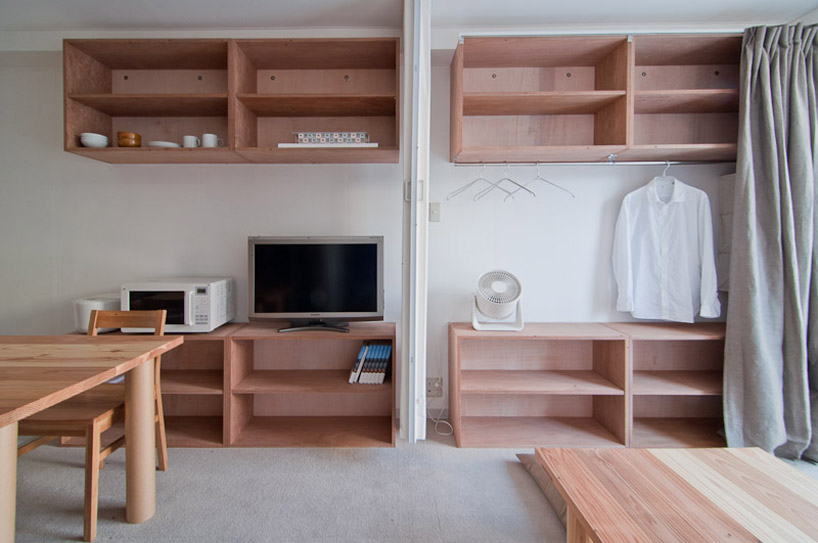 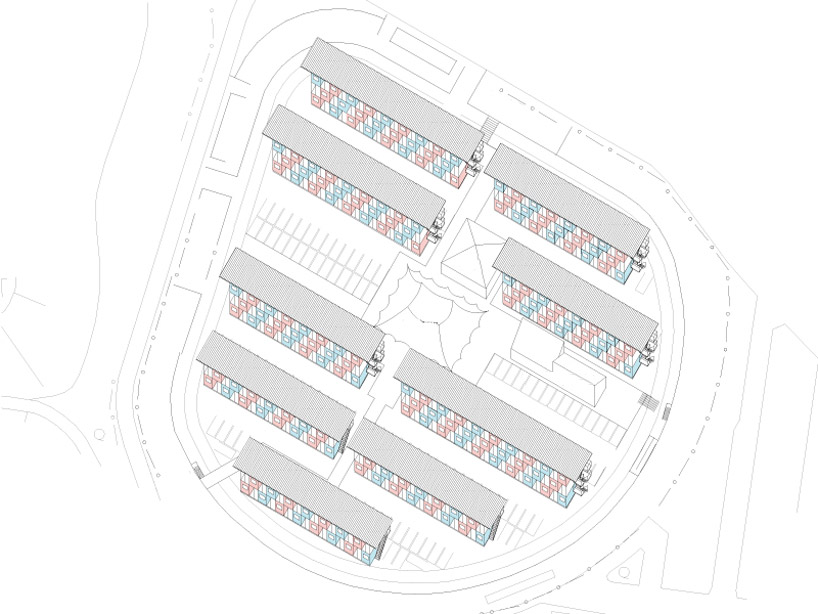