after four years of construction, ‘la seine musicale’ has become the newest cultural centre in paris, with two main auditoriums that can accommodate audiences of up to 1,150 and 6,000 each. designed by japanese architect shigeru ban with french architect jean de gastines, the round glass-and-timber venue stands on an island in the seine and integrates five recording studios, practice rooms, a rooftop garden and a ‘sail’ of solar panels.

developed in collaboration with local architect jean de gastines, shigeru ban’s ship-like design responds to the curvature of the island as well as its industrial heritage. the project’s defining feature is a spherical auditorium with a ‘sail’ of photovoltaic panels, which moves in response to the sun’s path across the sky. conceived as a new symbol for western paris, ‘la seine musicale’ also seeks to stand as a landmark of sustainability for the city. 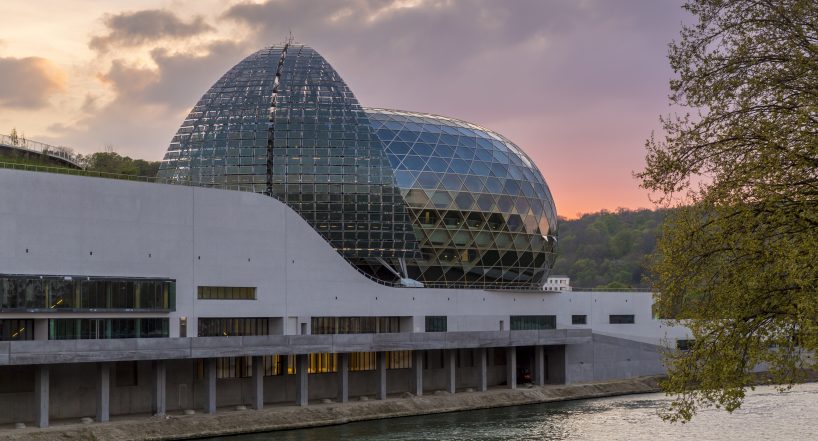 dedicated to classical and contemporary non-amplified music, the 1,150-seat auditorium has been designed to foster visual and acoustic intimacy between the performers and the audience. surrounding the stage, interior walls and ceilings have been covered with a variety of timber forms and patterns that establish a warm and inviting atmosphere. 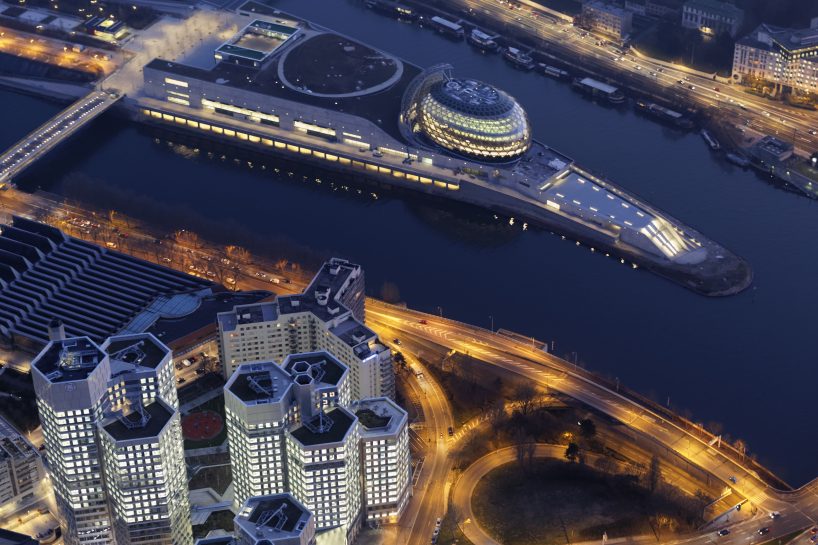 alongside the auditorium, the scheme also includes a large multipurpose concert hall, a smaller classical music venue, rehearsal and recording rooms, and a range of retail outlets. with a public rooftop park that extends inside the building itself, a clear emphasis has been put on the scheme’s accessibility and the inclusion of welcoming civic facilities. 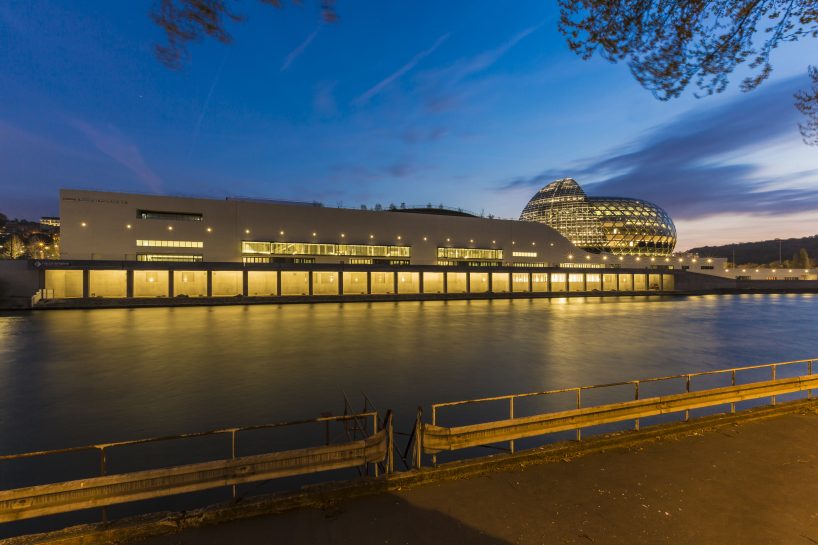 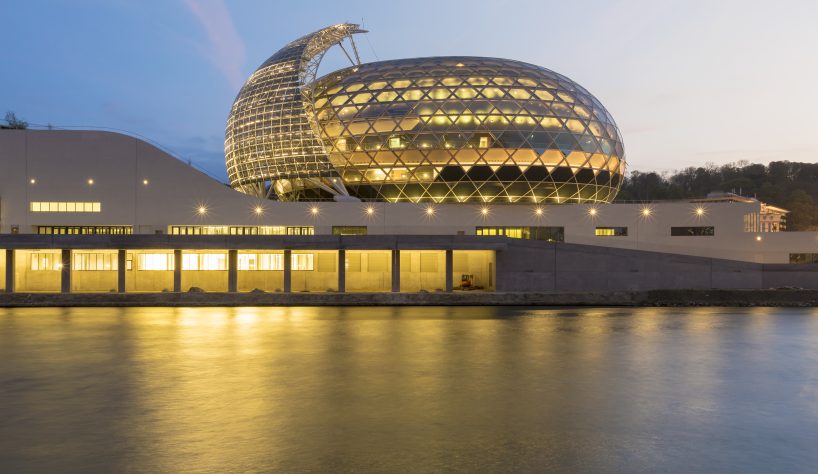 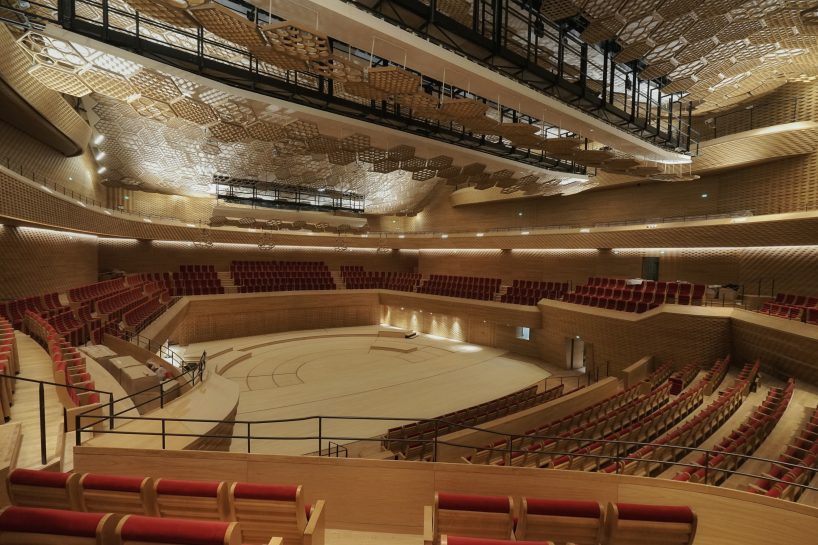 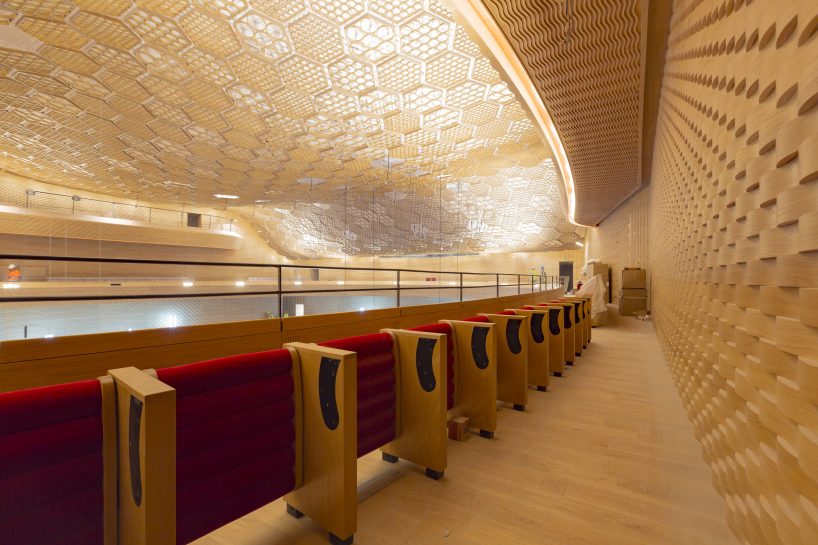 the auditorium contains a total of 1,150 seats
image © laurent blossier 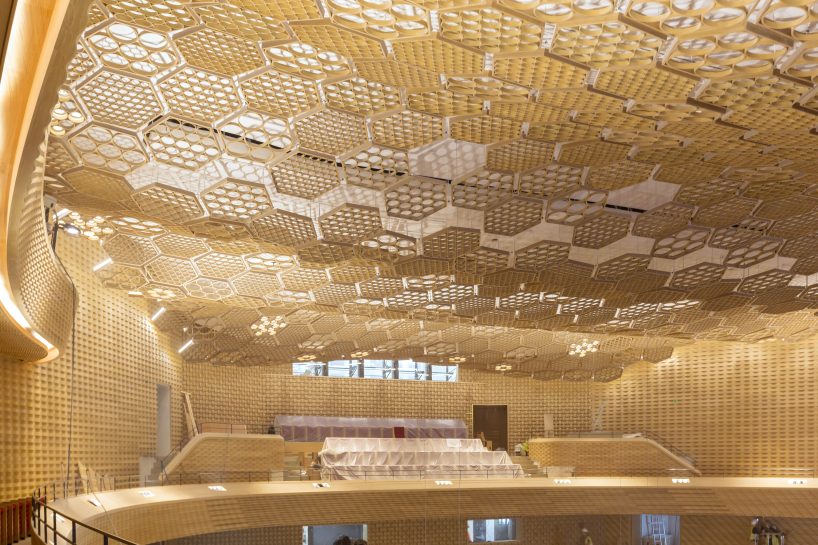 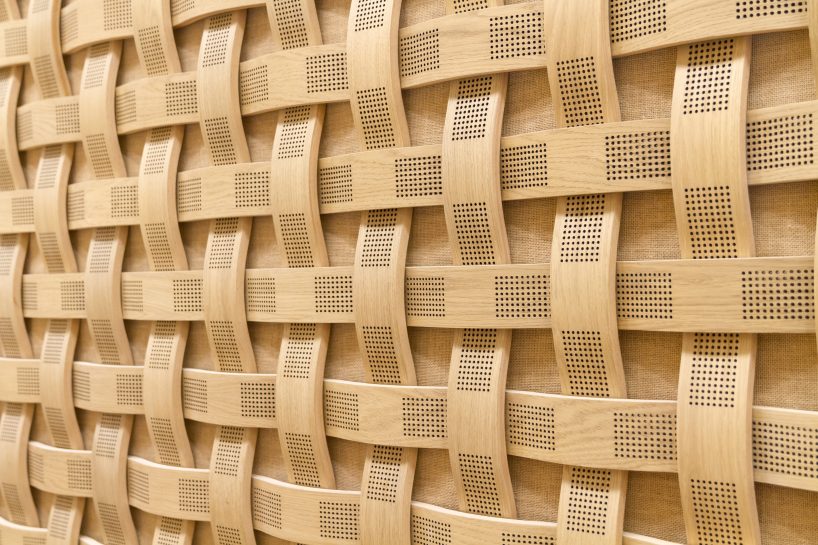 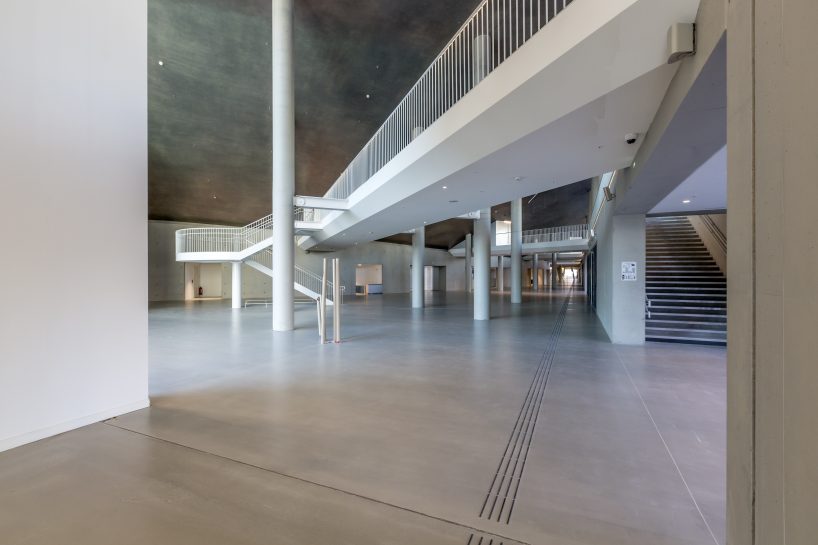 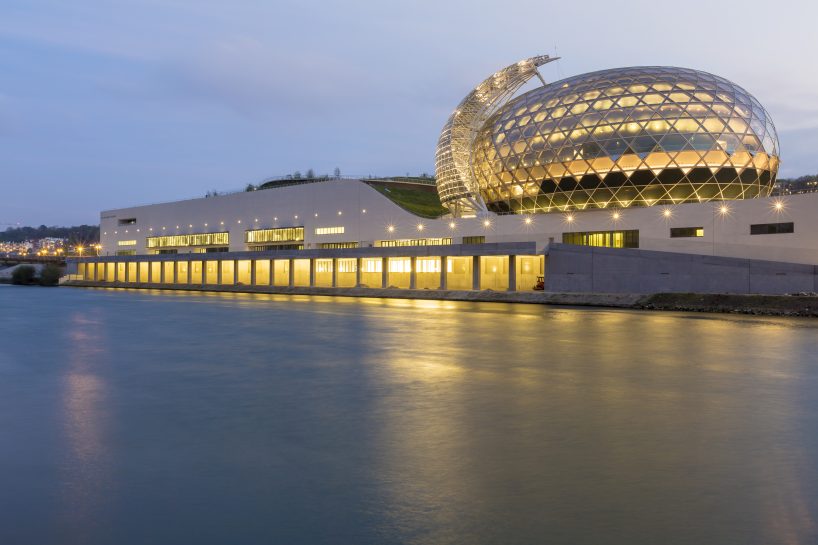 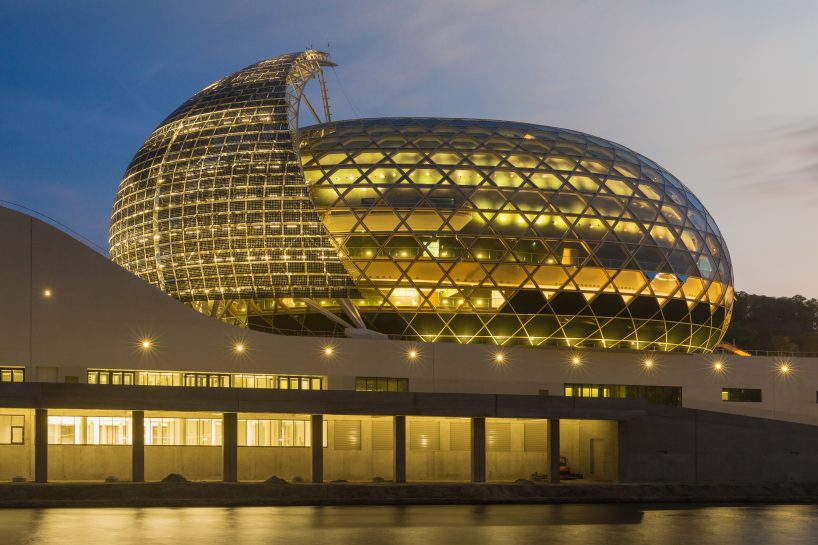 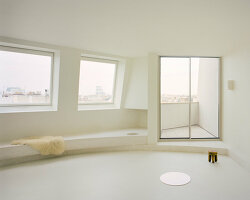 Sep 03, 2022
this apartment by clément lesnoff-rocard is suspended above the rooftops of paris