shigeru ban‘s paper tower is part of the size + matter project which matches leading architects and designers with a chosen material, asking them to push the boundaries of that material’s potential, and to also challenge our perception of those materials by demonstrating new applications and forms for them.

the japanese architect was selected to work with cardboard manufacturer sonoco, constructing a 22m high cone-shaped tower made from hundreds of compressed cardboard tubes. by taking a humble material typically used to make boxes, ban utilizes the cardboard to construct something which soars above the south bank skyline.

presented as part of london design week, the tower will be on view until october 18th, 2009 at the southbank centre, london. 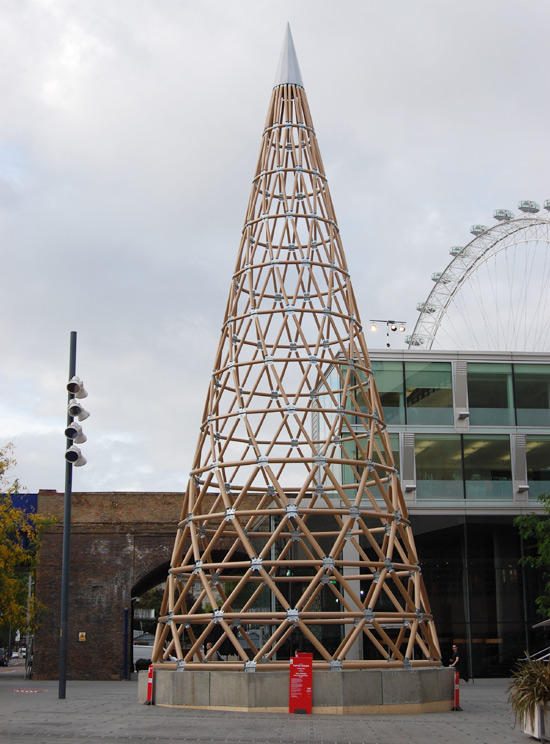 the paper tower in its entirety image © designboom 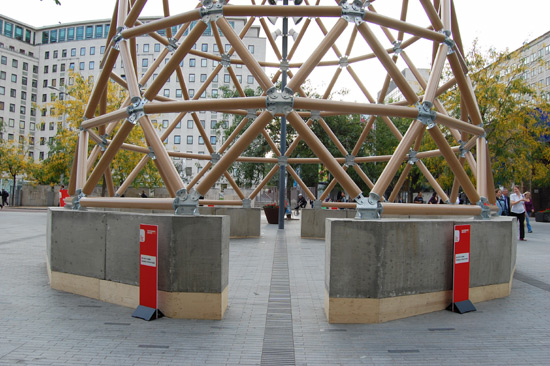 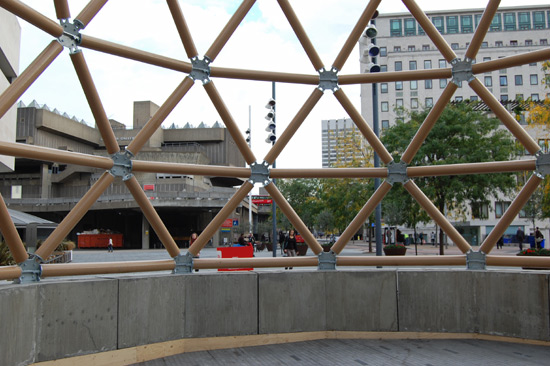 looking out of the tower image © designboom 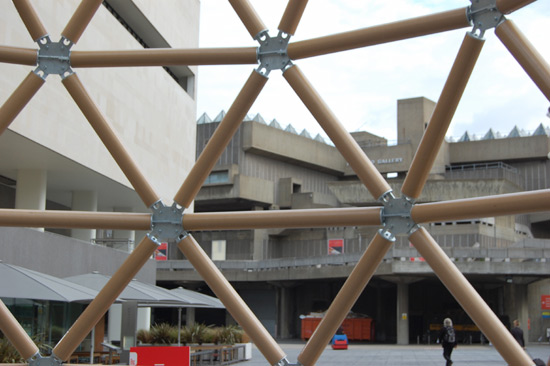 the triangular patterning of the cardboard tubes image © designboom 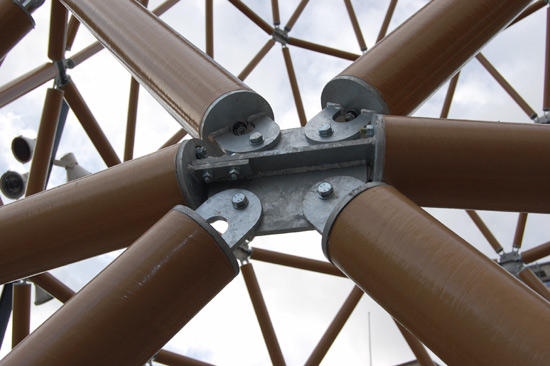 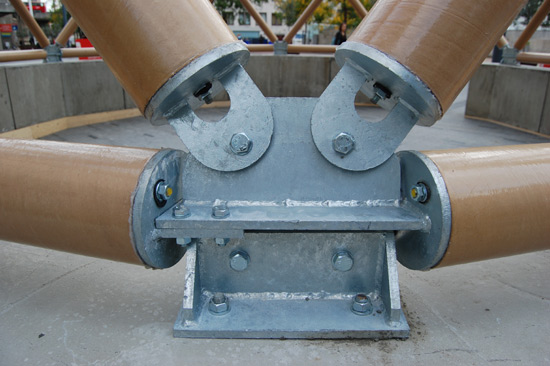 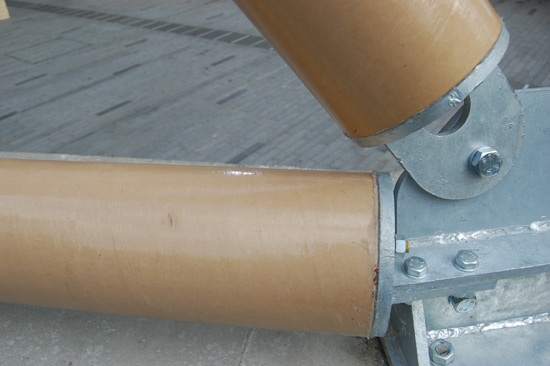 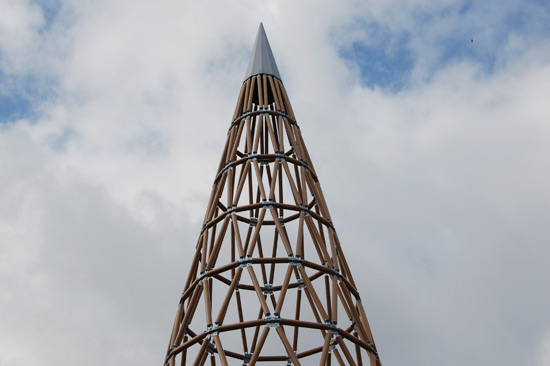 the point of the tower image © designboom 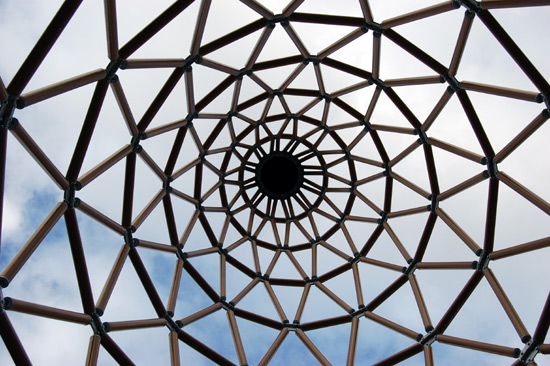 looking up the tower from inside image © designboom 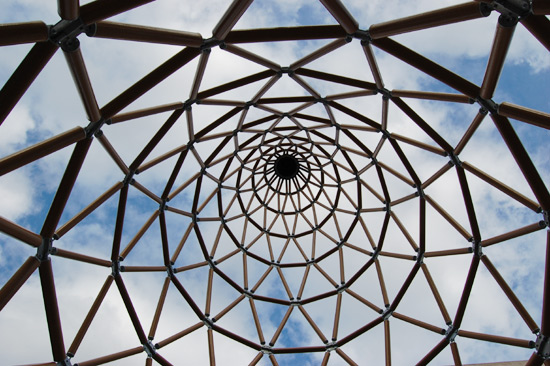 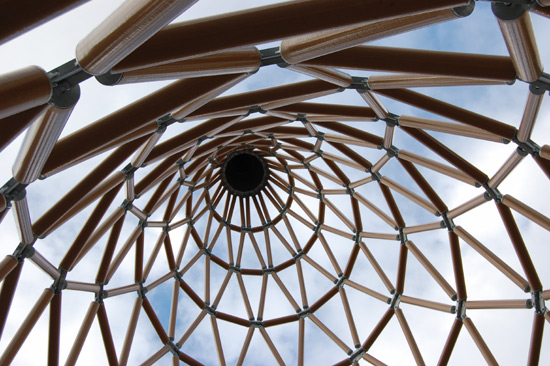 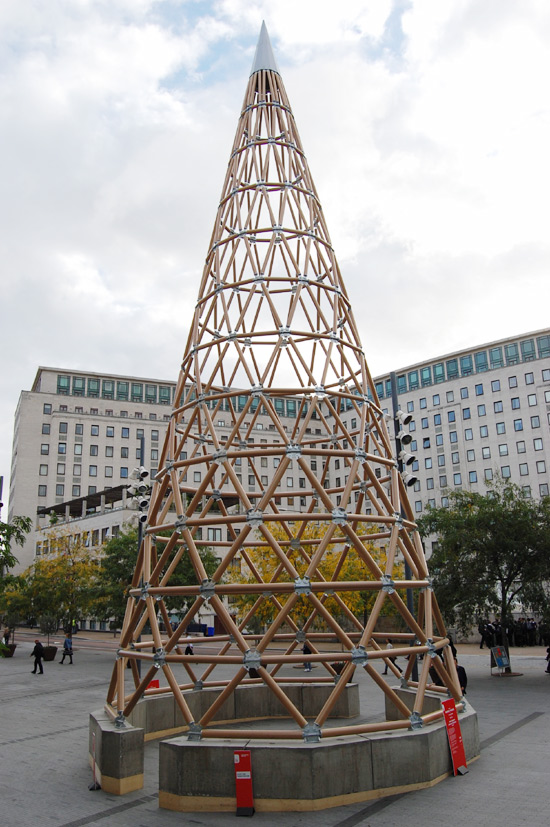