shigeru ban, in collaboration with thomas chow architects was chosen as one of six shortlisted teams to design the M+ museum in hong kong. the competition called for a new art institution to be realized in kowloon, along the edge of a 14-hectare park that would be home to a vast collection of 20th and 21st century art within the rapidly developing west kowloon cultural district area. 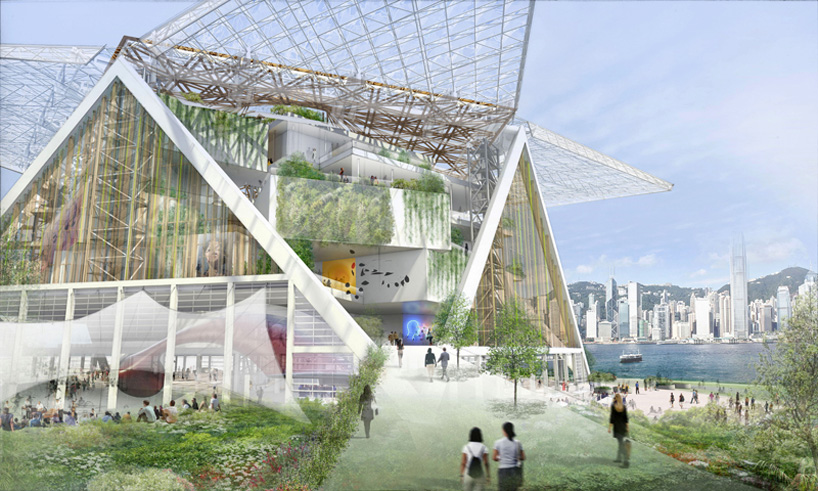 along the ground floor, glass shutters are installed which enable the public and passersby to freely enter in and out of the museum, thus emphasizing the importance of pedestrian circulation around the volume and its park site. the geometric form of the design exhibits distinct symmetrical triangular facades, five of which also function as transformable wings, which lift upwards and downwards, opening up the interior the exterior. this feature also controls the climate within, allowing the building to rely less on the use of air conditioning to cool its temperature. when these sections are fully extended parallel to the ground, they create a five-point star from the air, a subtle symbolic reference to M+’s place within hong kong, china and greater asia.

from left to right: the museum with its wings fully up, and details of them in their closed and open positions

the en plein air scheme references the design of the louisiana musum of art, creating the atmosphere of a gallery set in a park thus becoming a seamless addition to the waterfront location. the proposed architecture uses a mixture of contemporary materials including carbon fibre, and more traditional applications of bamboo to symbolize the identity of mixed cultures in hong kong. 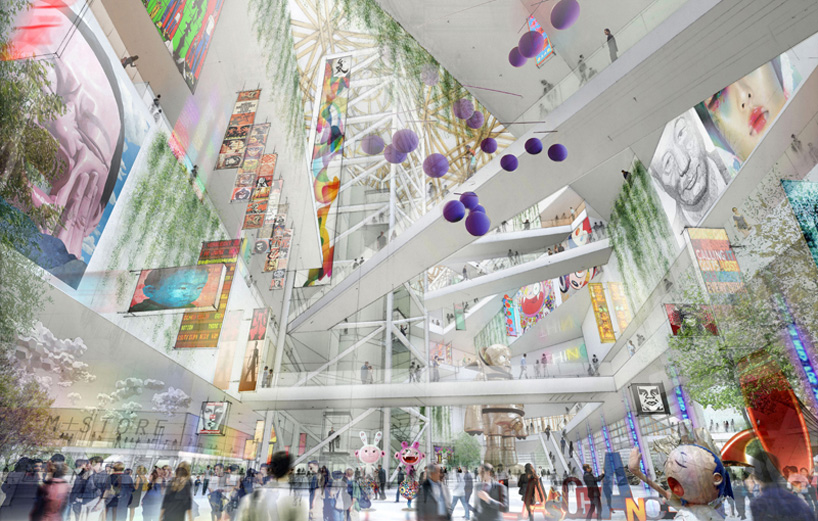 swiss firm herzog & de meuron, along with TFP farrells, won the competition to realize the new institution. see designboom’s coverage of the winning proposal and its development. 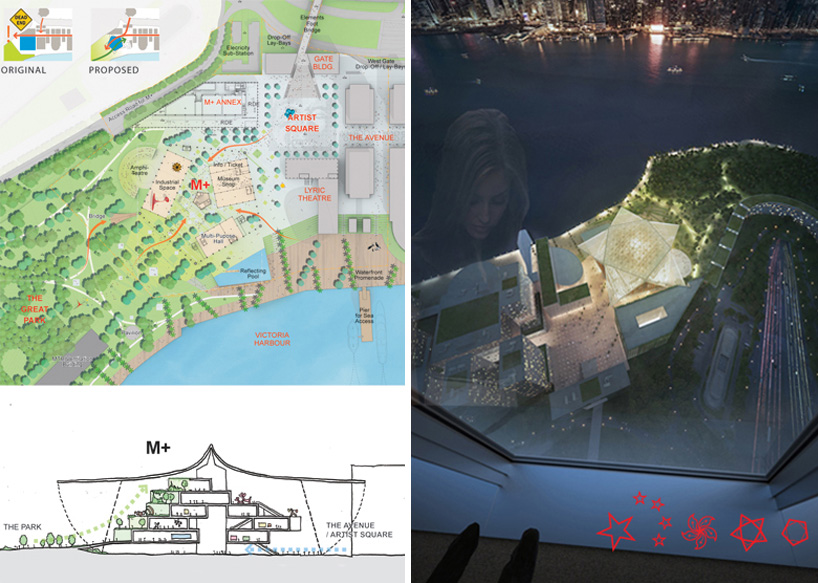 (left) site plan and circulation diagram
(right) aerial view of the building with the wings up, forming a five point star