over the past years, japanese architect shigeru ban has conceived a number of design concepts based on the work of acclaimed modernist architect mies van der rohe. this house, located in the japanese prefecture of yamanashi, has been developed as an extension of these ongoing studies. as its name suggests, ‘solid cedar house’ has been constructed using locally sourced wood, with vertical and horizontal planes creating a series of carefully configured living spaces.

designed by shigeru ban, the house is located in the japanese prefecture of yamanashi

‘designing a house is far more difficult than making an art museum or an office building,’ the pritzker laureate told the japan times in 2013. ‘with a house you have one particular client whose lifestyle it has to suit. with an office you are dealing with generalities. so, when architects get famous they tend to stop doing residential projects. there is no money in them, they are difficult and the responsibility is large. but the kinds of architects I respect — people like le corbusier, mies van der rohe or alvar aalto — continued to make houses their entire lives. it was in their houses that they did their experimentation.’ 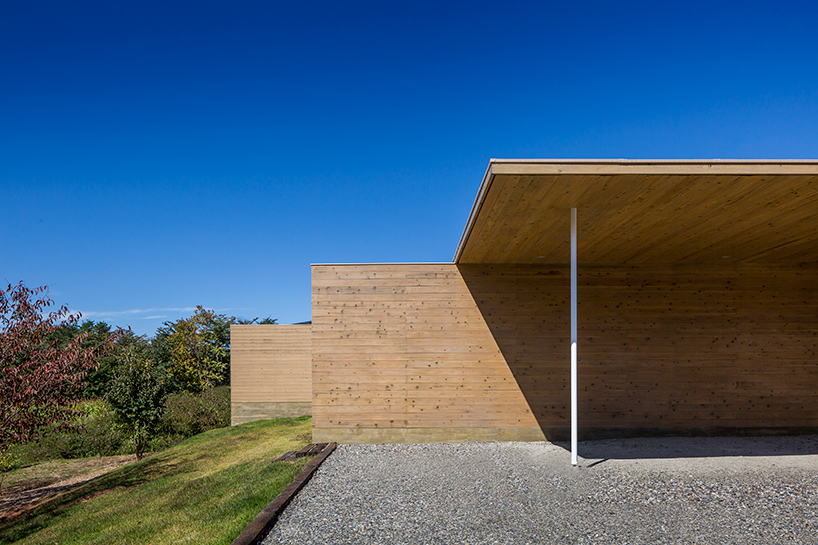 the home’s various partitions both establish and define its relationship with its context, channeling external sightlines towards desired focal points. these walls not only frame the views, but also function to conceal neighboring houses and roads — ensuring a sense of seclusion and privacy. with the help of a sliding door, a large communal living space spills out onto an external terrace, providing residents with a secluded terrace bathed in natural light. more intimate areas of the home are found at the center of the single storey plan. 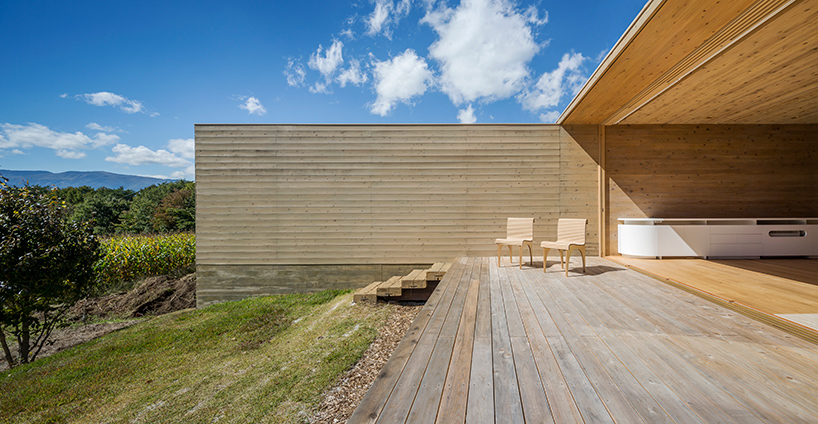 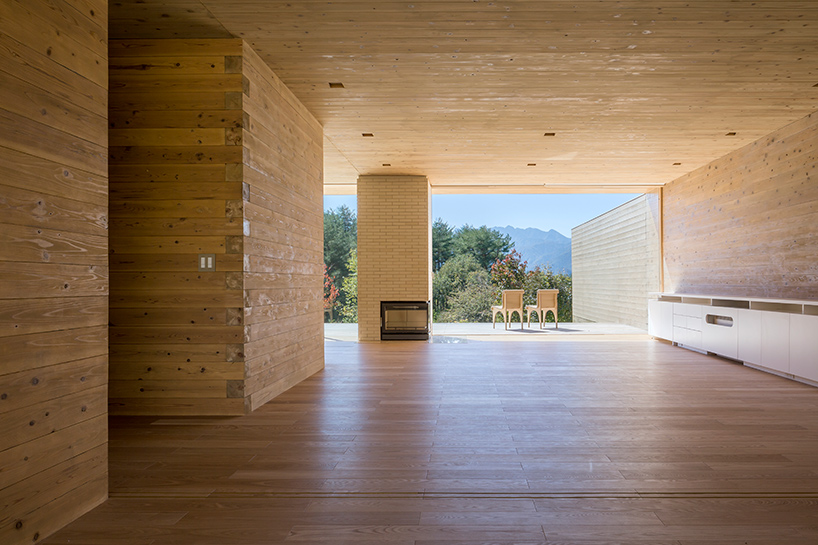 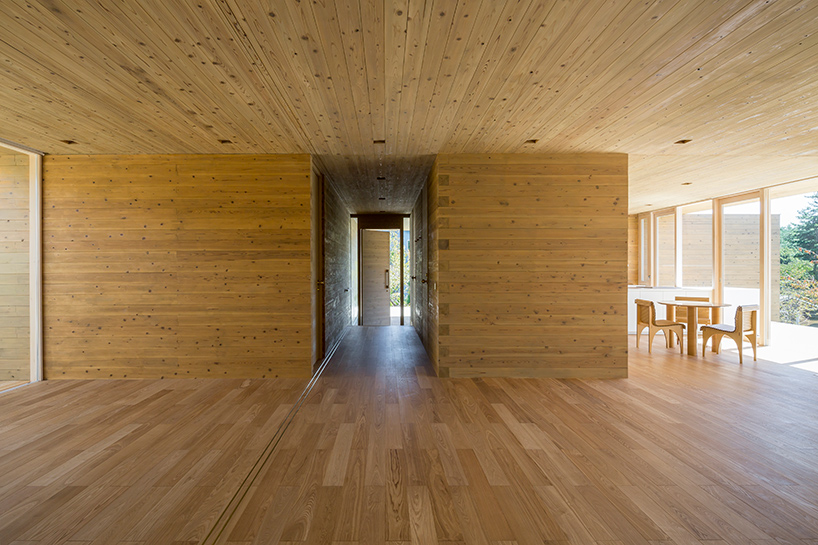 the single storey home has been constructed entirely from timber 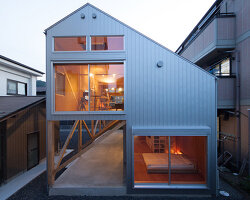