with its main structural system made entirely of timber, the new shigeru ban-designed headquarters for swiss media company tamedia appears to be nearing completion. in observance of miyadaiku and sukiya daiku, the japanese mastery of carpentry entirely devoid of joint hardware and glue, the building is a four storey interlocking wooden network of nodes enveloped by a glass skin. while the scale of the work required the precision of CNC milled joists and beams, the laboriousness of the intricate woodwork pays off in a building touted to be carbon neutral. the project is reportedly the largest timber frame construction in switzerland, requiring about 2000 cubic meters of spruce for completion. the result is an architecture that possesses a light-filled interior replete with perfect joinery. the building is a distinct response both to strict swiss environmental regulations as well as the confluence of the river sihl and the cityscape. 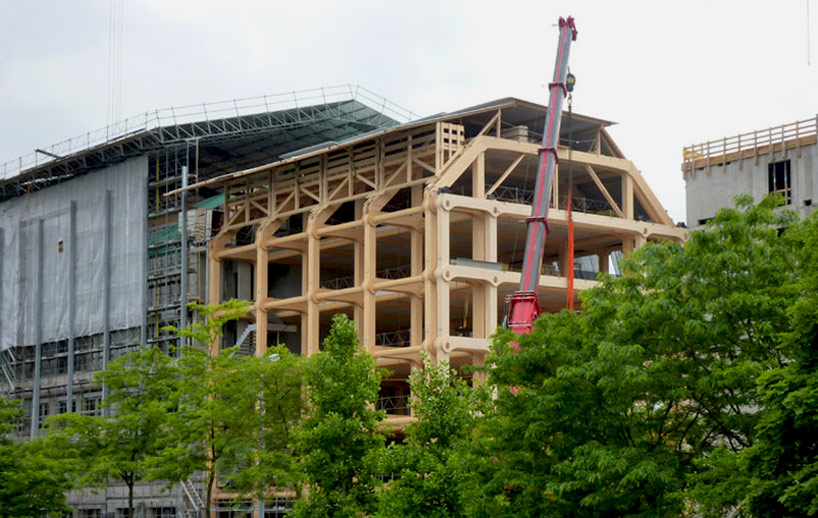 view of the striking wooden innards 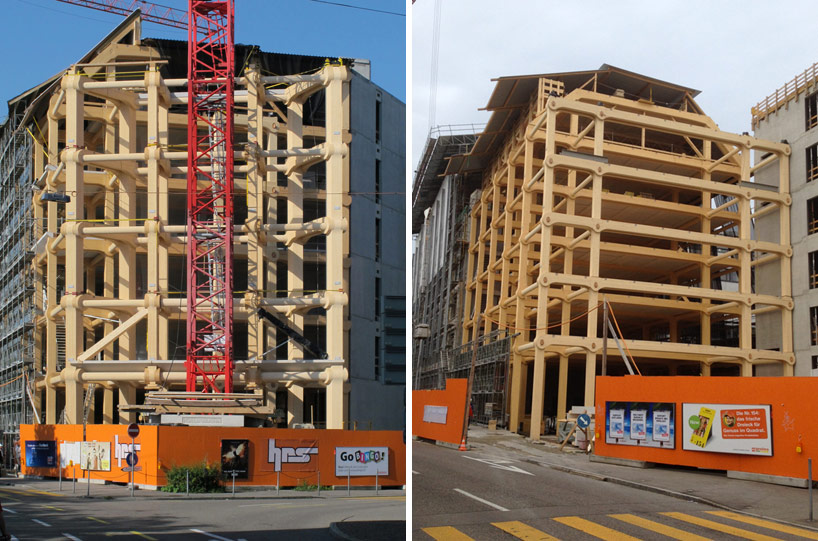 the main structure is held together without nails, screws or glue and instead relies on wooden joints tested by centuries of craftsmanship 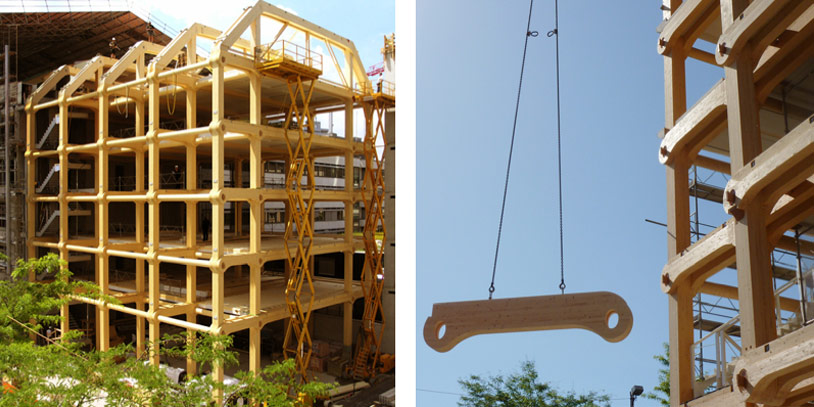 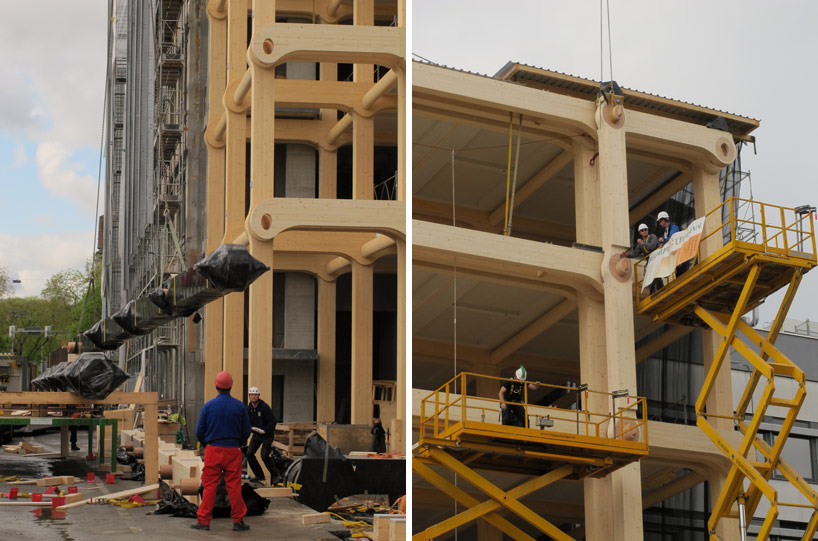 the building is the largest timber frame structure in switzerland 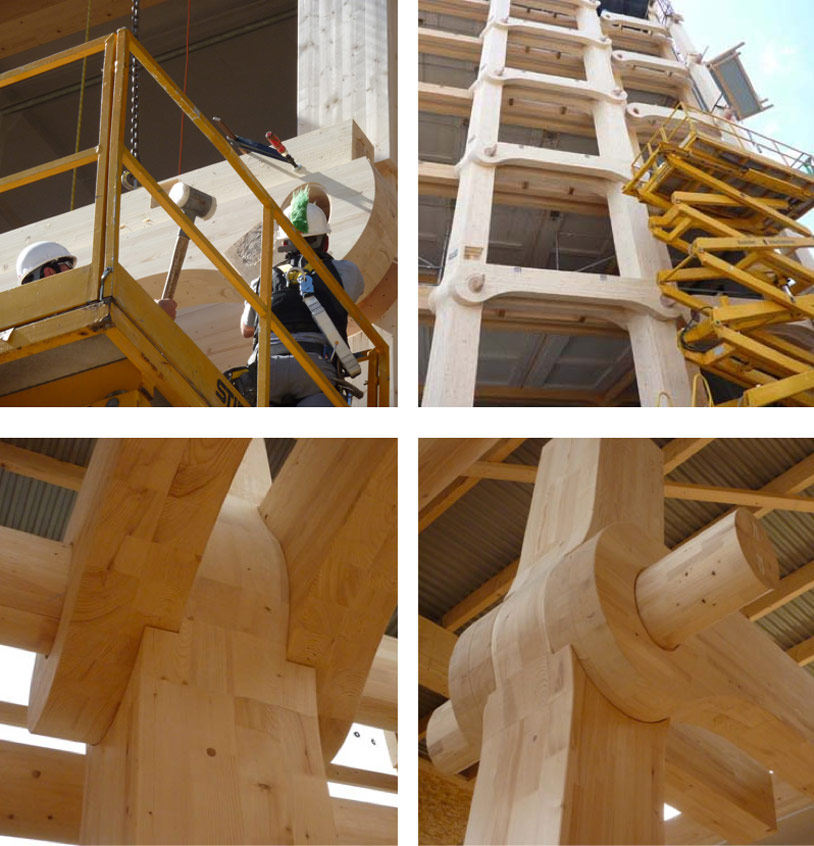 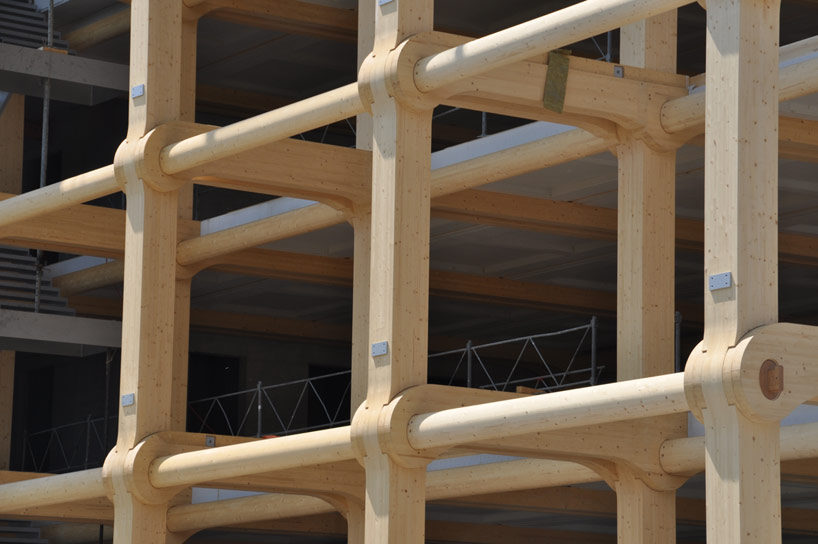 details of the node network 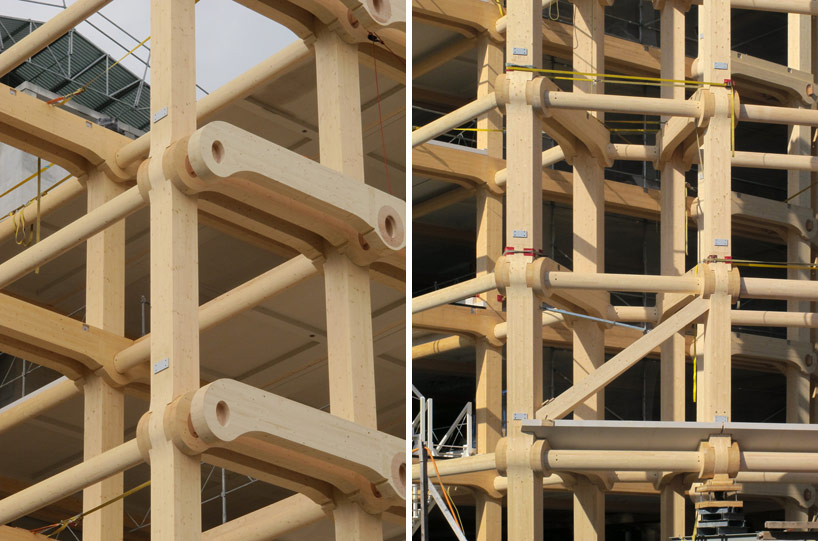 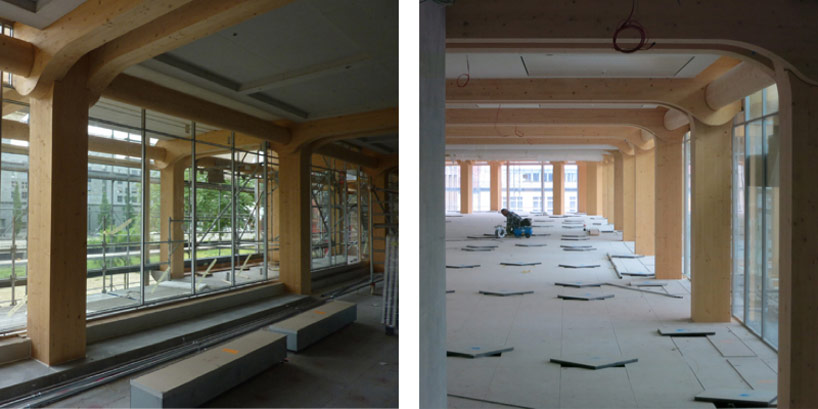 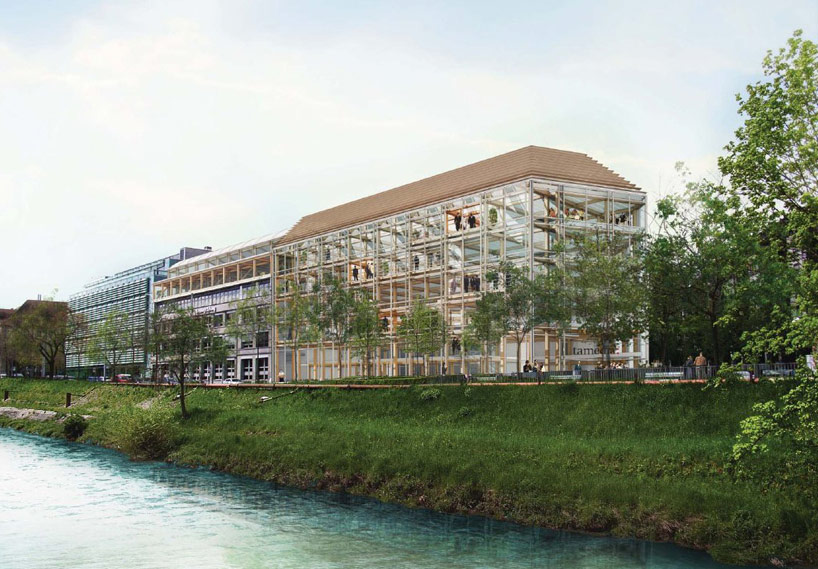 an earlier rendering shows the completed building with a glazed skin