the voluntary architects’ network (VAN), the non-profit organization led by shigeru ban, has trialed the use of their cardboard partition system for vaccination sites across japan. in the past, the partition — previously featured on designboom here — has been used to shelter refugees or to temporarily house those evacuated in the wake of natural disasters. in early february 2021, the structures were tested in komatsu, japan as part of the city’s preparations for the rollout of COVID-19 vaccines. 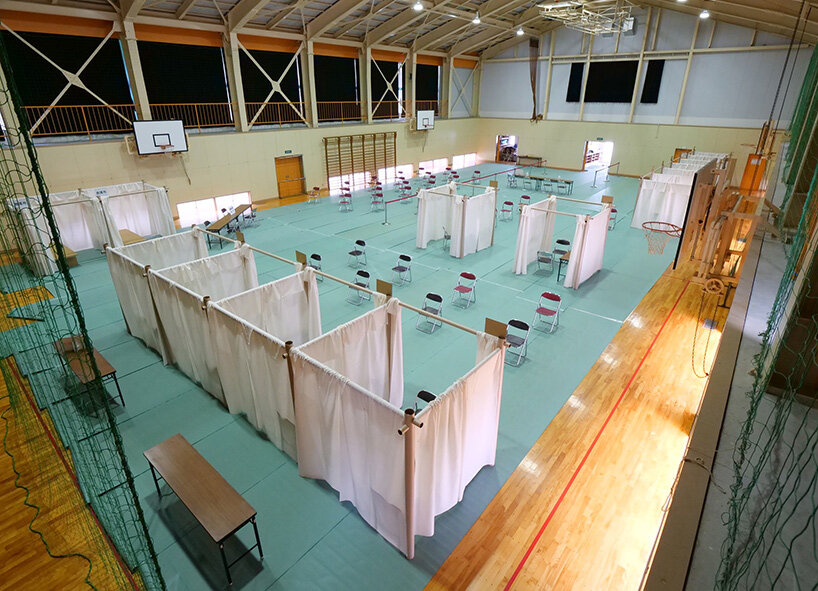 developed by the voluntary architects’ network, the design comprises cardboard tubes and antiviral sheets which can be assembled in minutes. the tubes are used to create stalls that measure two meters (6.5 feet) in height, width, and depth. antiviral sheets, which protect against the spread of germs, are used to separate each stall. this construction method means that the stalls can be connected to each other to result in a range of different configurations. 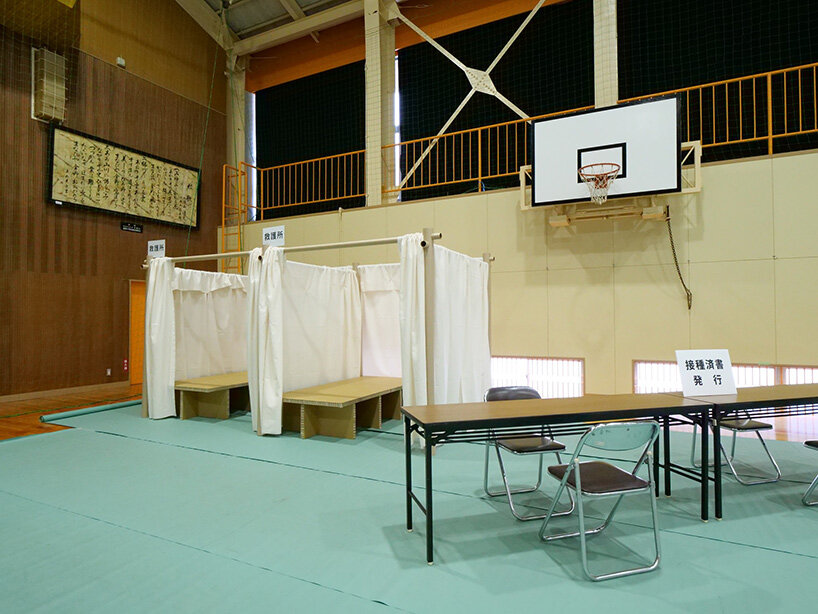 ‘we want to increase the immunization rate to the greatest degree possible,’ komatsu mayor shinji wada told japanese newspaper mainichi. ‘we’re hoping to vaccinate 700 people per day at each location.’ mainichi also reports that local authorities plan to use the partition system at three locations earmarked as group vaccination venues, and will conduct simulations involving medical professionals from march 2021 onwards. 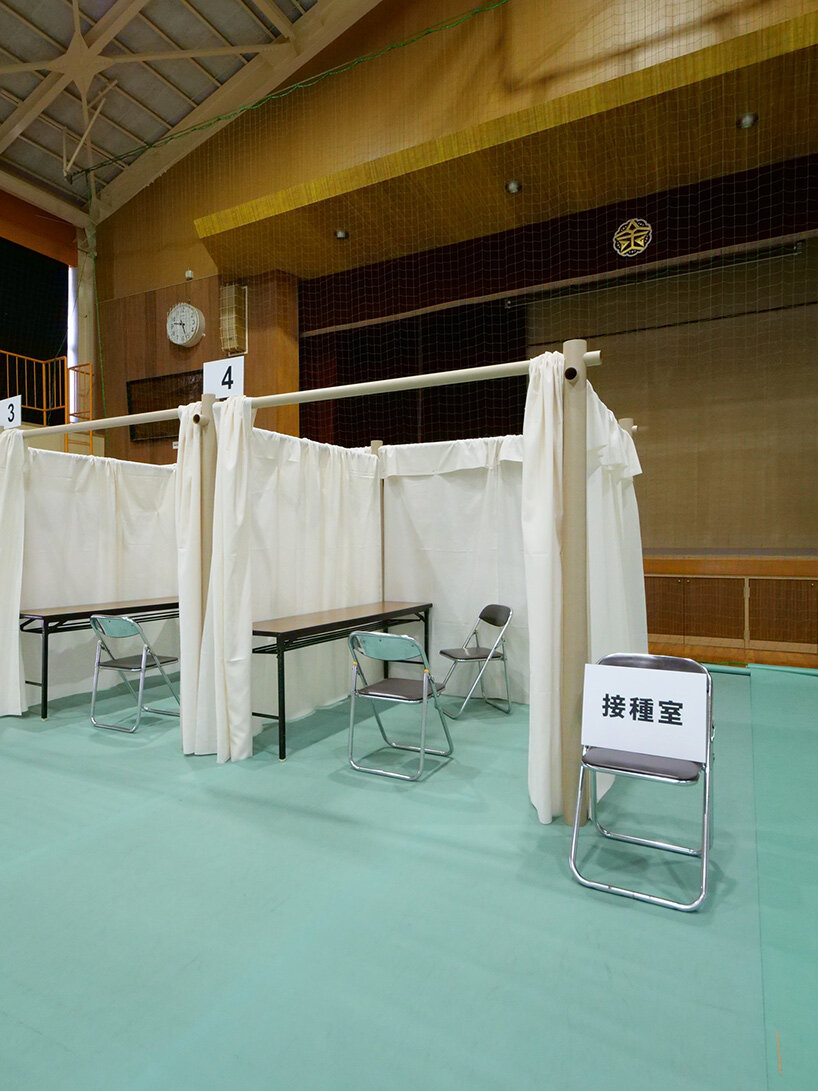 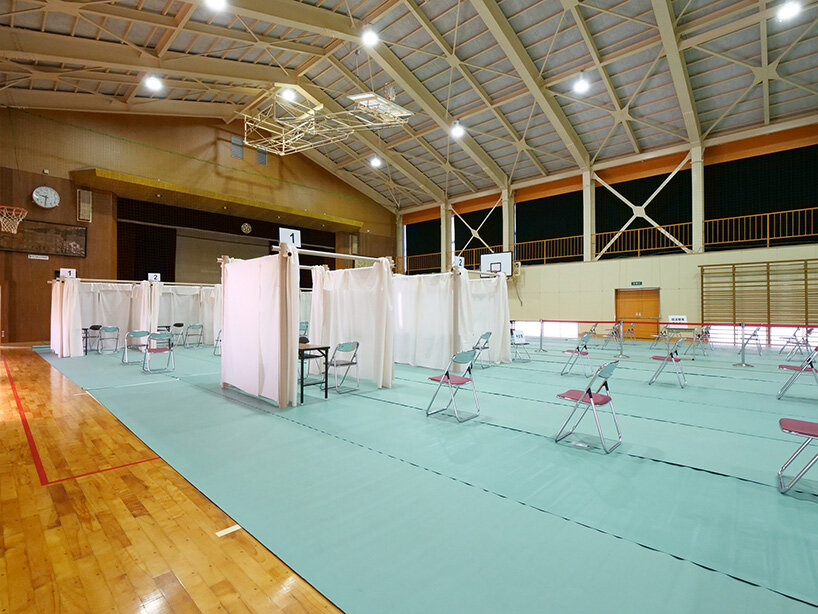