during the G8 summit in july this year japanese prime minister taro aso presented italian prime minister with a model of a new auditorium by shigeru to be built in the earthquake ridden italian town of l’aquila. the project was donated by the japanese architect, who also personally committed to gathering funds for the implementation; for half (500 000 euro) and from the japanese government (500 000 euro).

the project involved realizing a new home of the conservatory ‘alfredo casella’ and adjoining auditorium which could seat about 600. rather than constructing a new building from scratch ban’s proposal involved using an underground garage in the town which was never used and has never been completed. by using the existing structure costs would be reduced and lead times shortened. the project was organized by the voluntary architects network, NGOs working in emergency  situations (founded by shigeu ban).

a month after the proposal was given the go ahead, the city administration believed that the area was not suitable and stated that there was no money and budget for the auditorium. the 500 000 euro which was donated by the japanese government was considered insufficient. 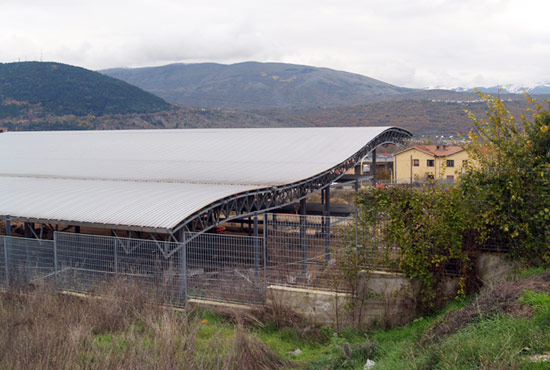 the original design of the new auditorium by shigeru ban

despite this fact this week it was reported that a new theater for the new conservatory has already been under way for some time. the money has been found costing approximately 6 million euro but the project will not be designed by shigeru ban. unfortunately they prefer to spend 6 million euro on an ordinary building rather than to have one which is free and designed by ban. 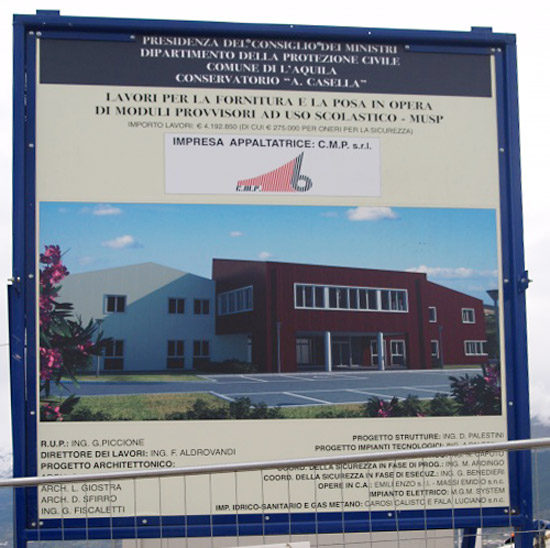 the new design, a common building, in which construction has already begun