following the february 2011 christchurch earthquake, the main cathedral, a symbol of the city, was irreparably damaged. shigeru ban was asked to design a temporary sacred space for the congregation, while negotiations as to weather to rebuild the church on its original site are still being made. the japanese architect has realized a construction of 98 beams, each enclosed in cardboard, that has the capacity to accommodate approximately 700 people, set to also function as an event and concert space.

cardboard is an ideal building material because it’s readily available, recyclable and surprisingly strong.
‘the strength of the building has nothing to do with the strength of the material,’ says shigeru ban, the architect behind the newly erected christchurch cathedral. ‘even concrete buildings can be destroyed by earthquakes very easily. but paper buildings cannot be destroyed by earthquakes.’ it’s also consistently low-cost. when the project was announced, many were concerned that the structure would ‘go soggy in the rain’ quite the contrary. the over 90 enormous 600mm diameter, 20 metre tubes are protected by a polycarbonate roof above, and very solid concrete floor below. sturdy LVL (laminated veneer lumber) inserted beams, lend further substantial support to these tubes. the cardboard cathedral will also be one of the safest buildings in the city. it is being built to last 50 plus years and to 100% of the earthquake code.

the temporary structure positioned in latimer square opened its doors to the public for the first time today at 6pm (local time – NZST) inaugurated with a performance by the christchurch city choir.

see designboom’s coverage of shigeru ban’s cardboard cathedral when it was still in its initial concept phase and during construction. 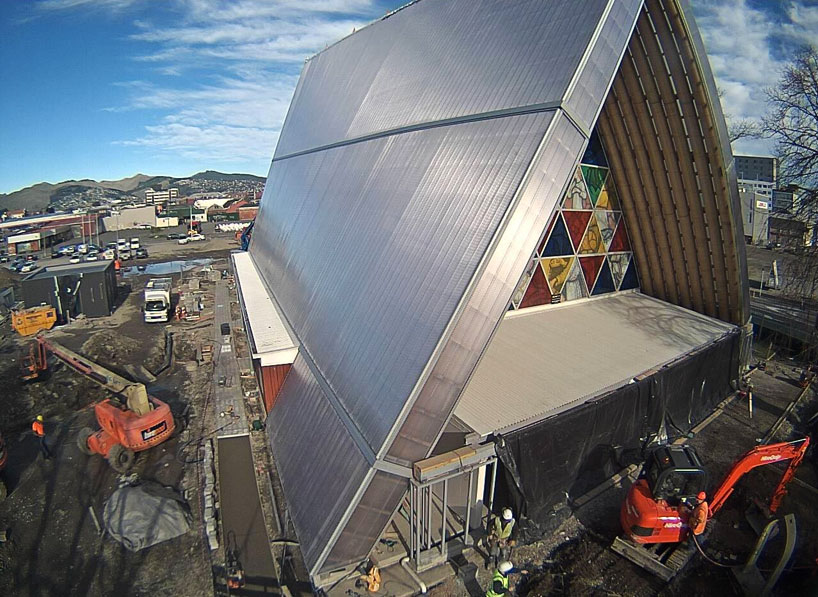 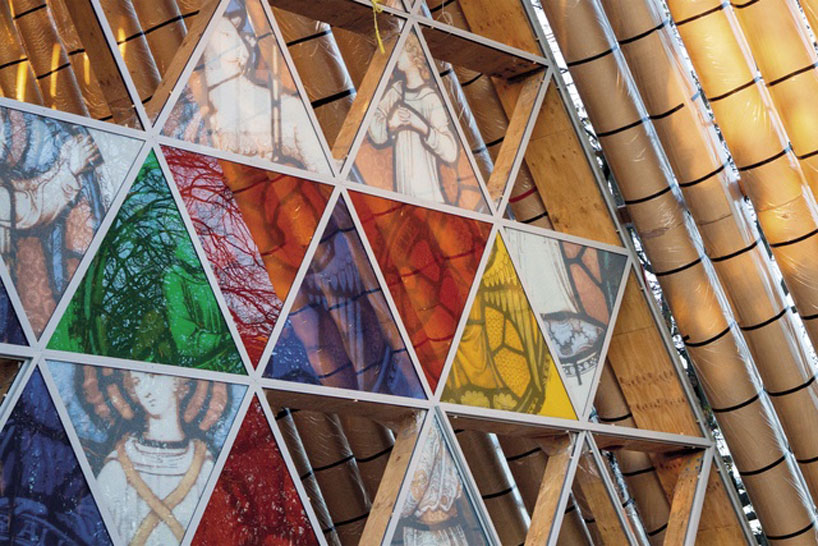 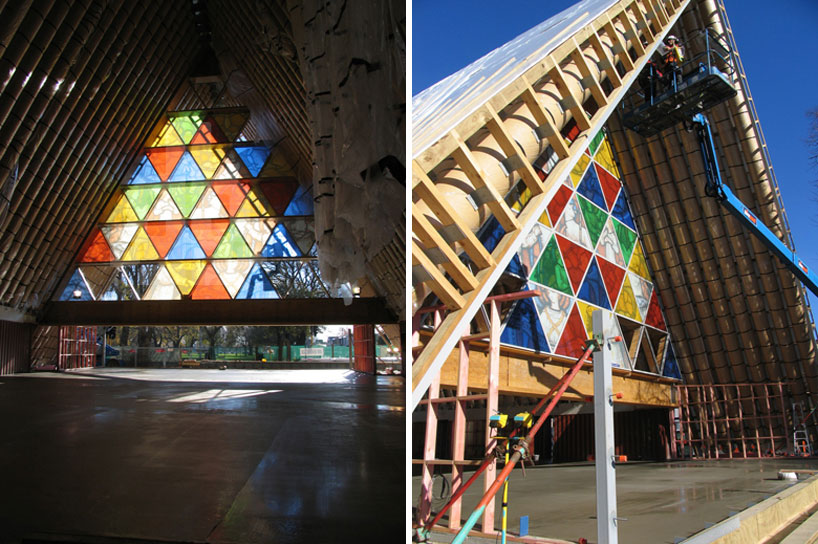 left: view from the interior of the cathedral, right: finishing up the exterior construction
images courtesy of shigeru ban architects 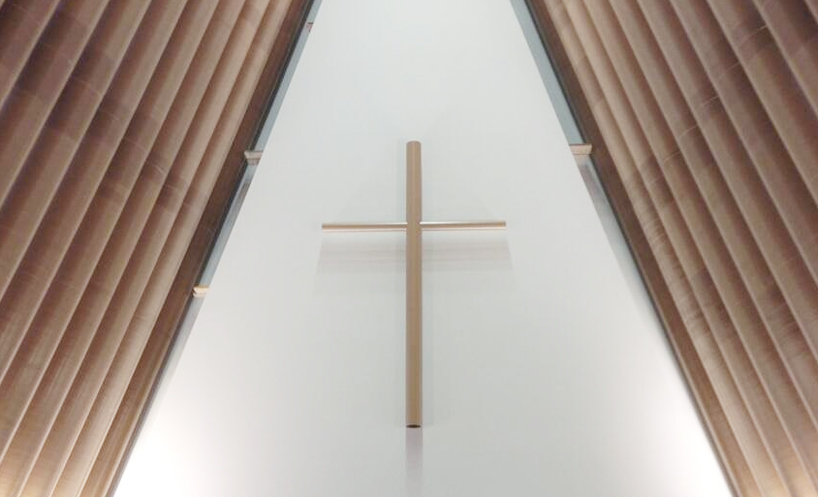 detail of the pitched cardboard tube roof and cross symbol 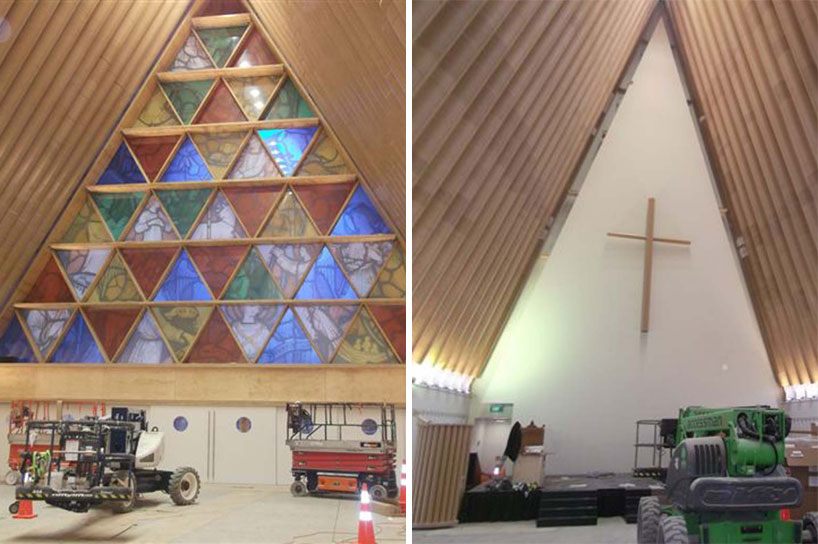 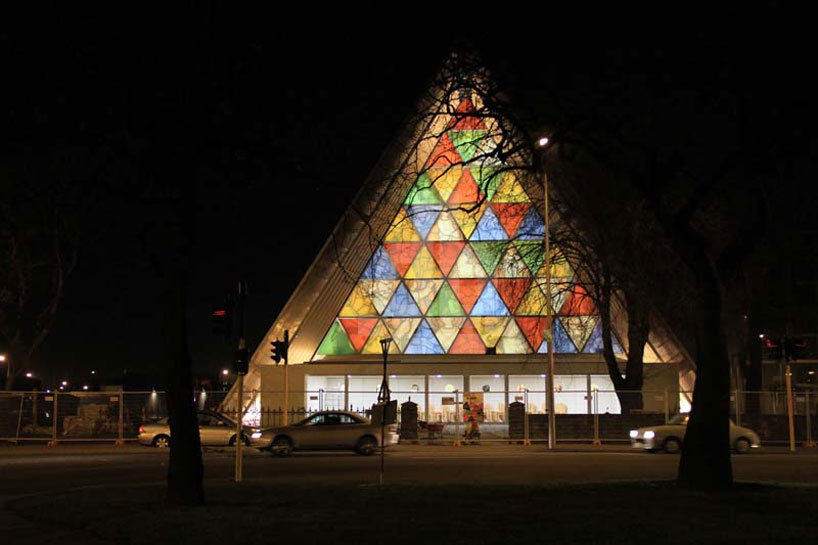 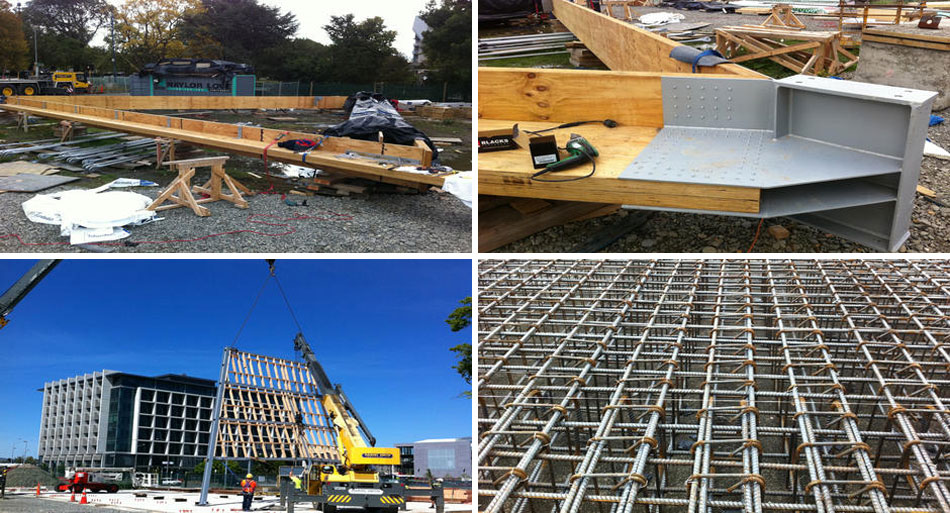 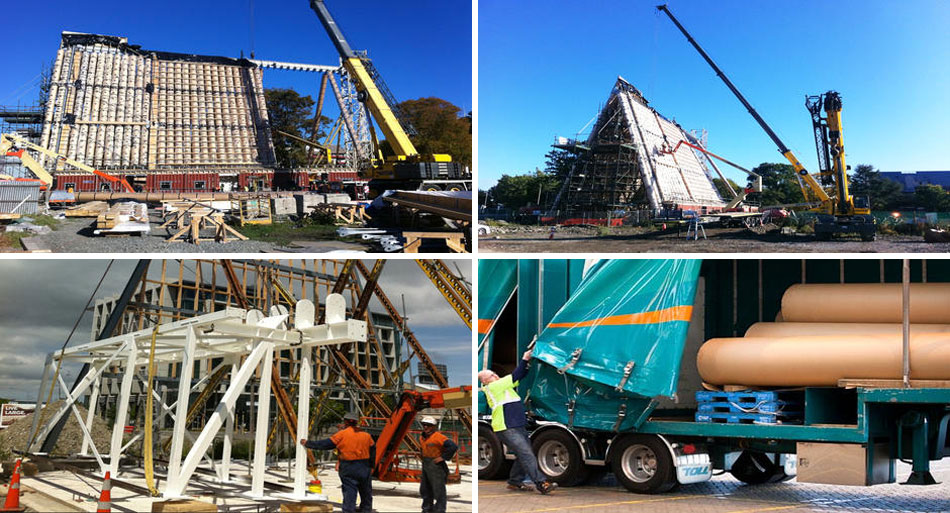 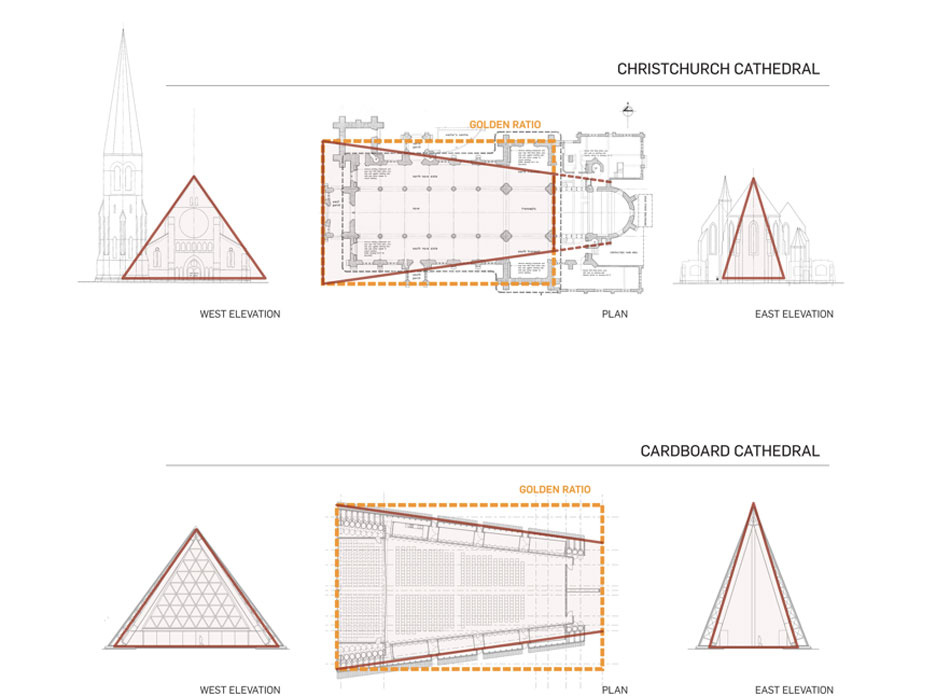