this dramatically situated hotel in china occupies an 88-meter-deep disused quarry. the project, which was first unveiled in 2012 and opened in november 2018, was conceived as a ‘groundscraper’ with only two of the building’s levels above ground. a further 16 storeys cascade down the rugged quarry cliff face, while two additional levels are located beneath the water that sits at the bottom of the quarry. these ‘underwater’ spaces contain guest rooms and public areas such as restaurants and an underwater aquarium. 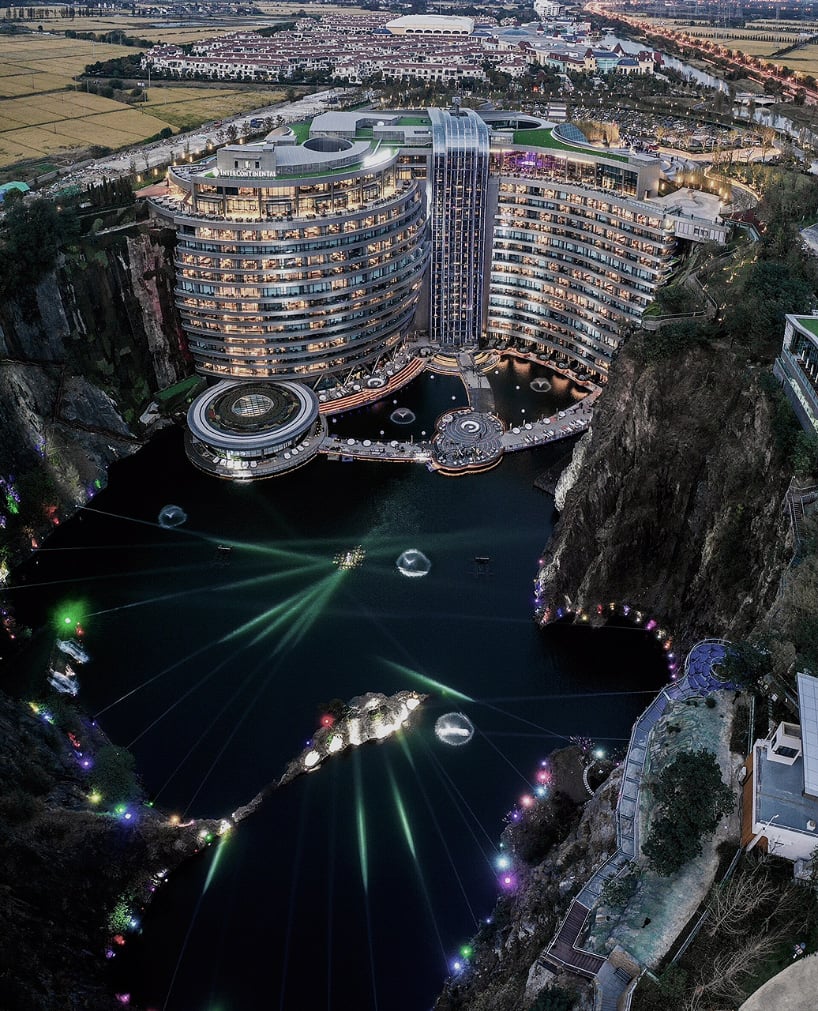 in march 2013, JADE (the firm set up by the project’s original concept designer and director, martin jochman) and quarry associates (QA) signed a contract with the developer shimao, to complete the remaining design stages and coordinate the hotel’s construction. martin jochman was the original designer of the winning concept of the international competition held in 2006 and oversaw the scheme’s design development with atkins. for the past six years, his design studio, JADE+QA, has been responsible for completing all aspects of the design. 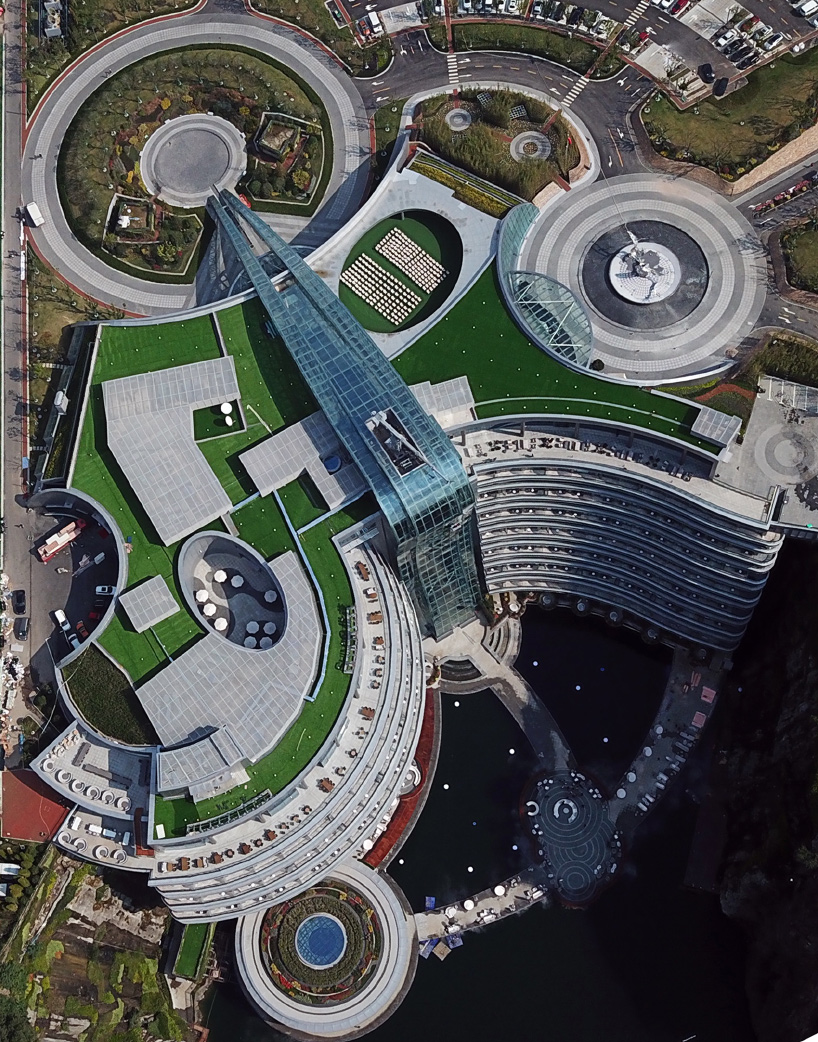 an aerial view of the vast development
image by JADE+QA

having completed the difficult task of stabilizing the cliff faces adjacent to the hotel wings in late 2015, the foundations and sub structure on the quarry floor level were completed in 2016. the steel structure within the quarry got underway in february 2016, with the internal fit out and the extensive landscape design completed in october 2018. now open to guests, the five star shimao wonderland intercontinental comprises a total of 337 rooms. 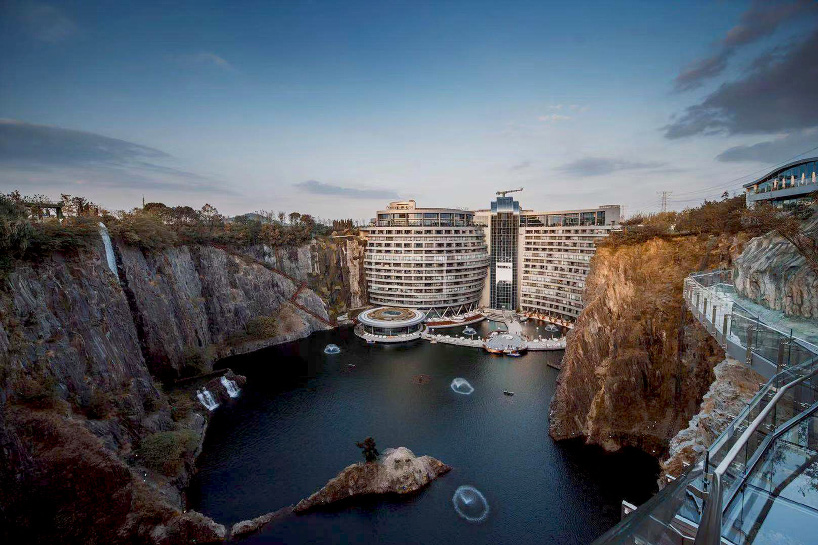 the hotel features a large conference center/ballroom together with water-based leisure facilities and swimming pools at the base of the quarry. externally, visitor facilities include an outdoor themed entertainment park and a cantilevered glass walkway. meanwhile, the hotel’s vertical circulation core is housed within a dramatic ‘glass waterfall’ that appears to cascade down the cliff face. 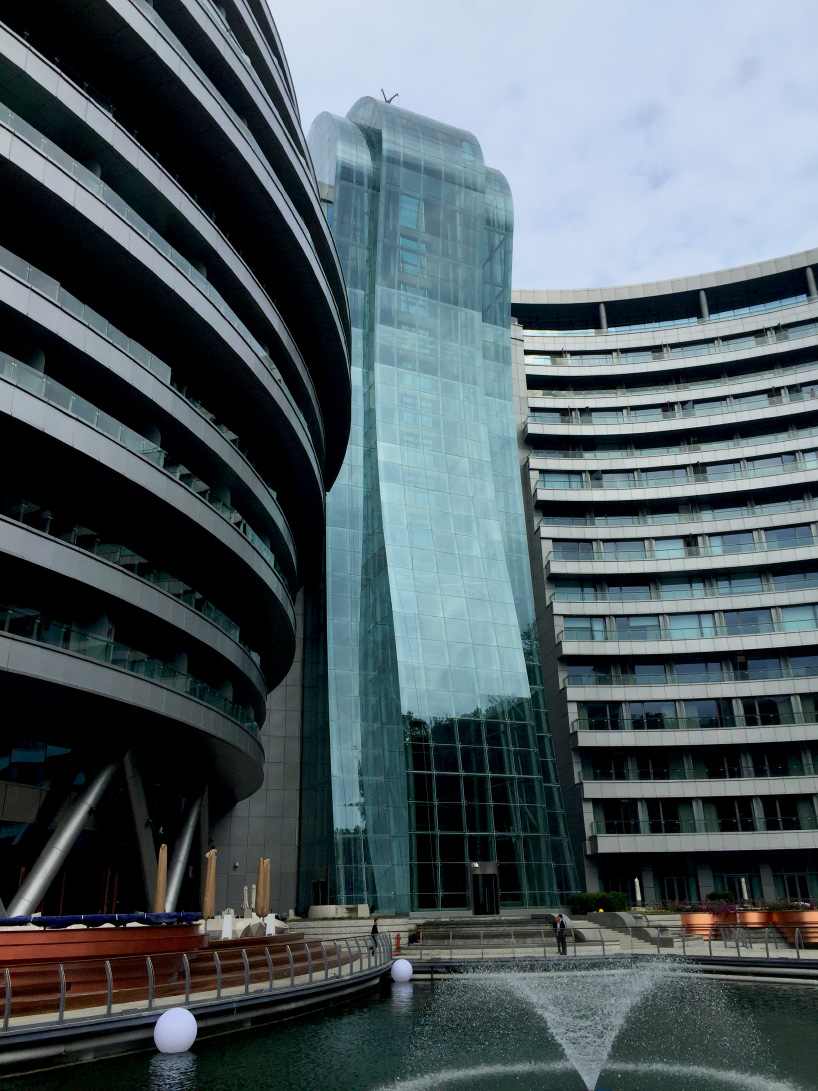 furthermore, the building’s mainly passive sustainable features take advantage of the scheme’s orientation, low profile, grass roof and unique microclimate caused by the thermal properties of the quarry rock mass and the quarry lake — cooling the structure in the summer and heating in the winter. the architects say that the utilization of a disused industrial quarry site makes an important contribution to the principles of sustainability in china. 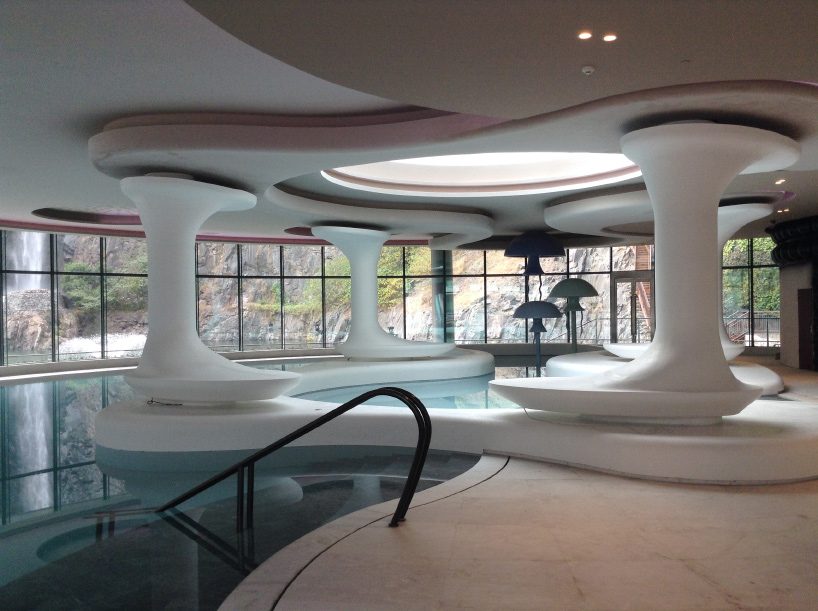 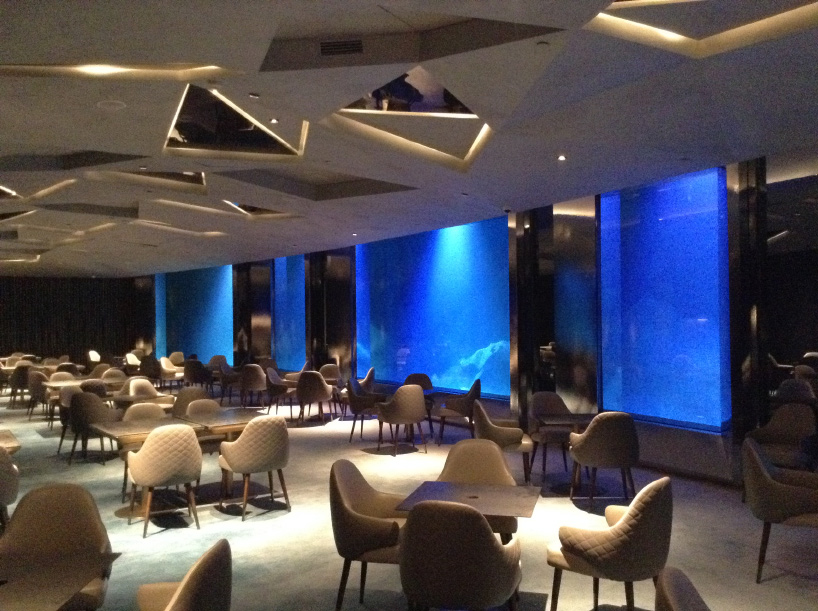 the hotel includes an underwater restaurant
image by JADE+QA 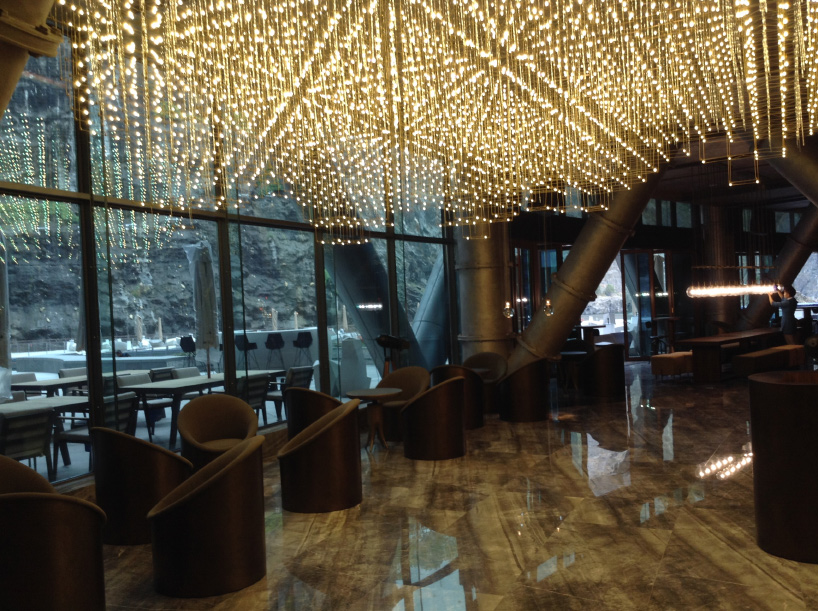 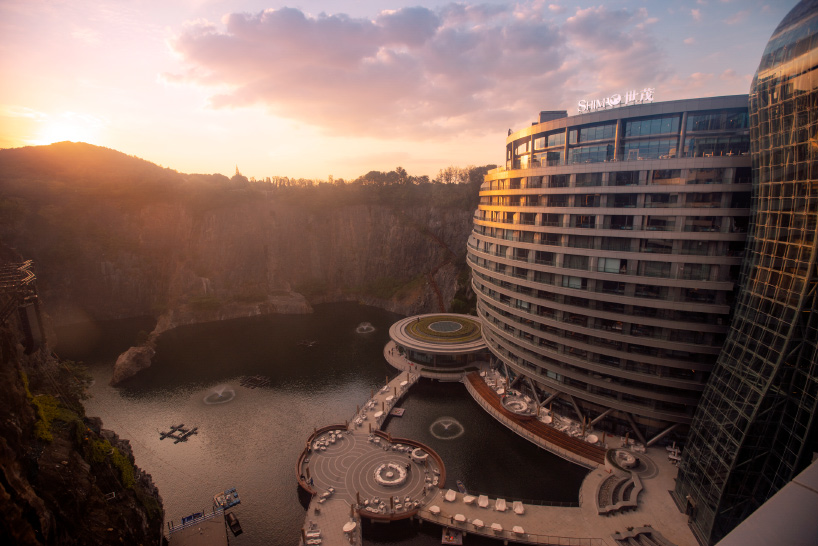 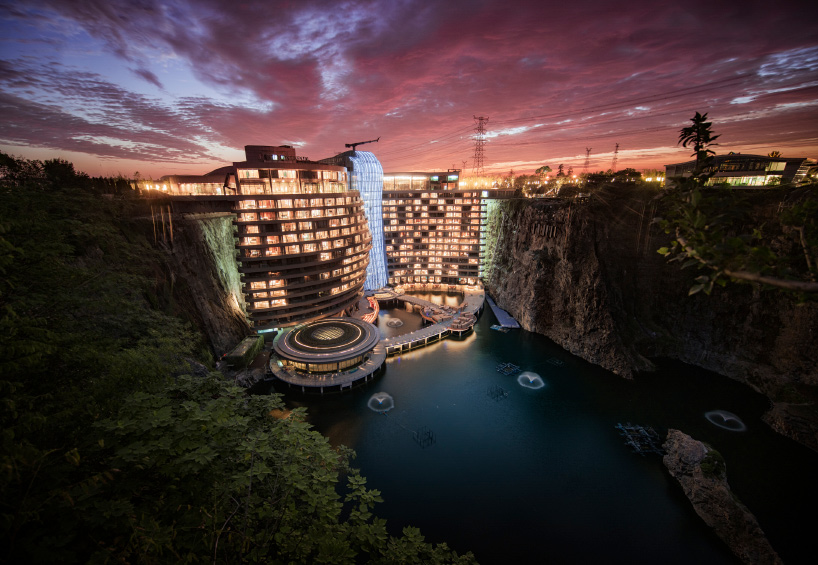