the urban farm unit by damien chivialle is composed of a shipping container with a greenhouse built on its open roof – kaaitheater, brussels edition

the limited space and pollution generated within our cities do not pose ideal environments in which to engage in agricultural activities. despite this, the demand for obtaining locally grown food is there. new technologies of cultivation such as hydroponics are now making it easier to access fresh produce, as they can be applied in situations where expansive areas of land are not available. damien chivialle has created an open-source model in the form of ‘urban farm units‘ (UFU), which seek to supply urbanites with organic provisions, while minimizing their transportin response to these factors.

designed as a shared garden ‘aboveground’, the module consists of a shipping container with a greenhouse extension on its roof which may be moved and placed anywhere there is space. its purpose is to be used to farm produce according to the needs of local residents,as well as enhance the existing fabric – shared gardens and restaurants – of our boroughs. 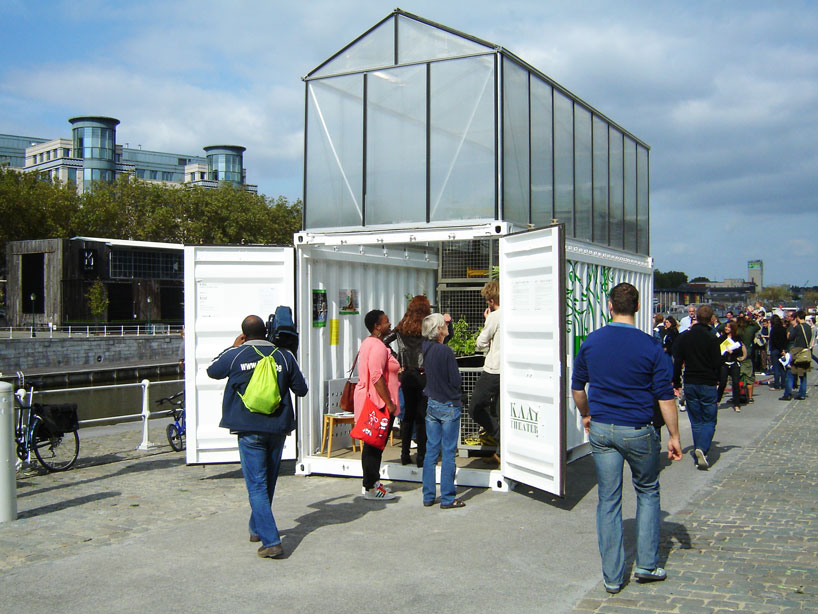 the farm-container employs aquaponics – which combine traditional tools and means of cultivating – with contemporary high performance. each of the units is comprised of two cubic meters of water, flowing in a closed circuit in which fish feces are broken down by bacteria in a sewage tank, transformed into minerals which serve as fertilizer for the plants, which they filter – the water returning back to the pool of fish. this controlled system is considered to recover methane from the tank to power an alternate generator. in the case of installing several containers, one can imagine filling a bio-gas plant to collect and recycle organic waste.

each structure is designed with standard components: hydroponics, an industrial greenhouse, scaffolding, and an open-top container, all of this intended to be scalable and evolutive – adaptable to various situations.

since 2010, three farms have been built in zurich, berlin and brussels. from now until february 24th, the most recent UFU iteration can be seen at the grote markt (grand market) in levuen, belgium as part of the artefact festival program. 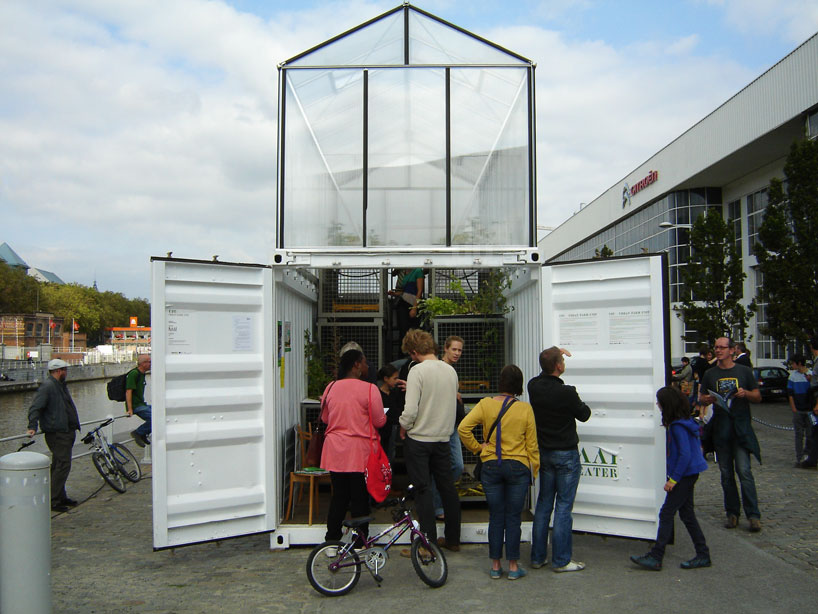 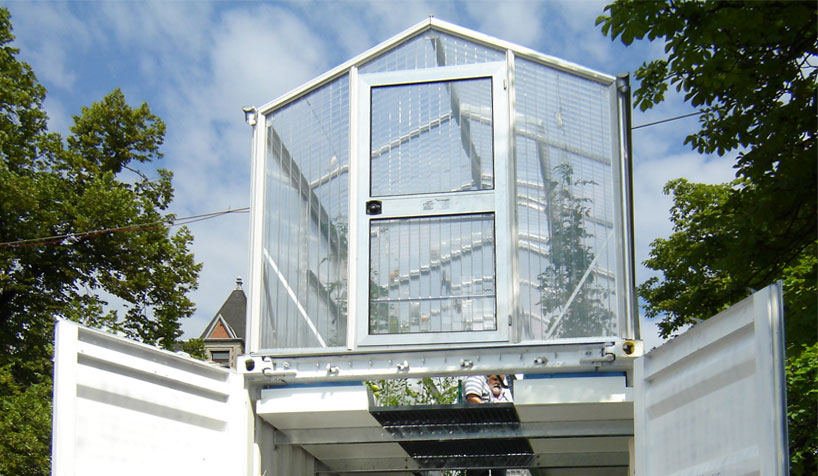 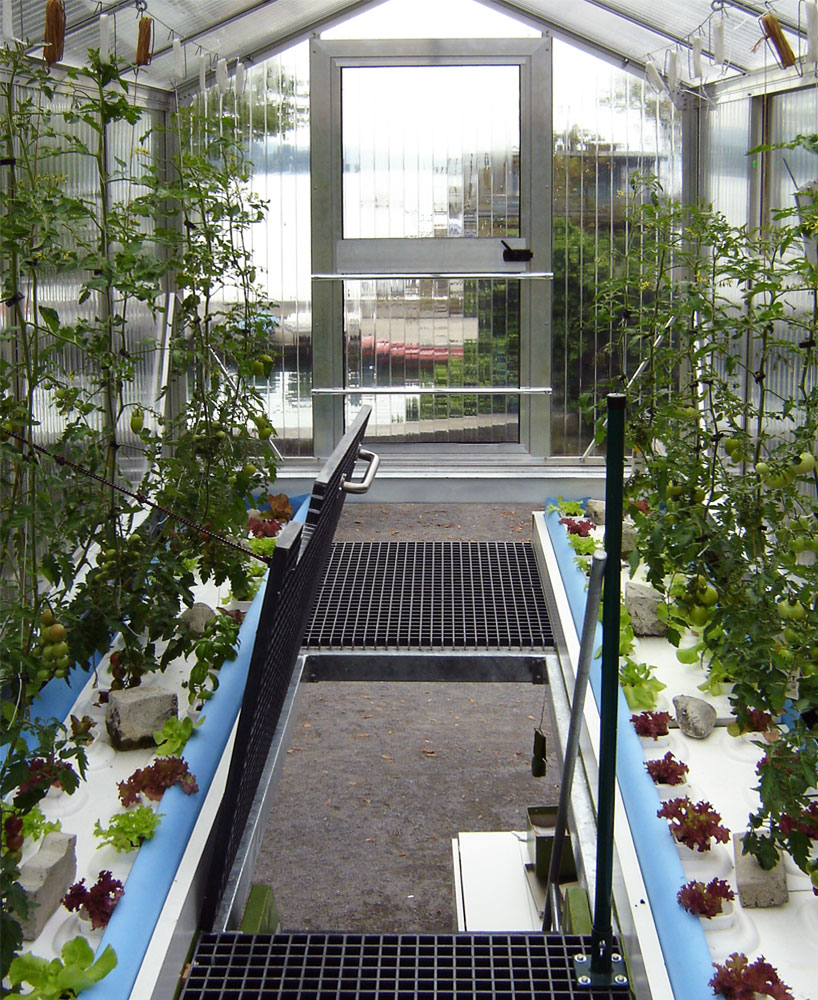 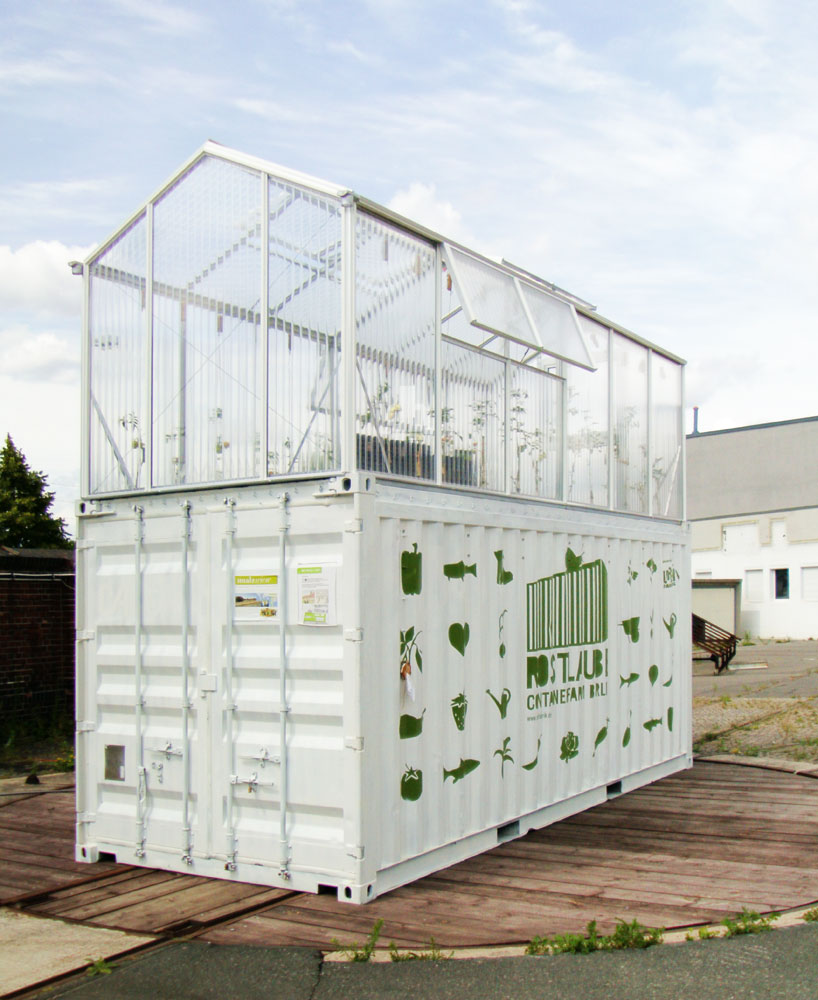 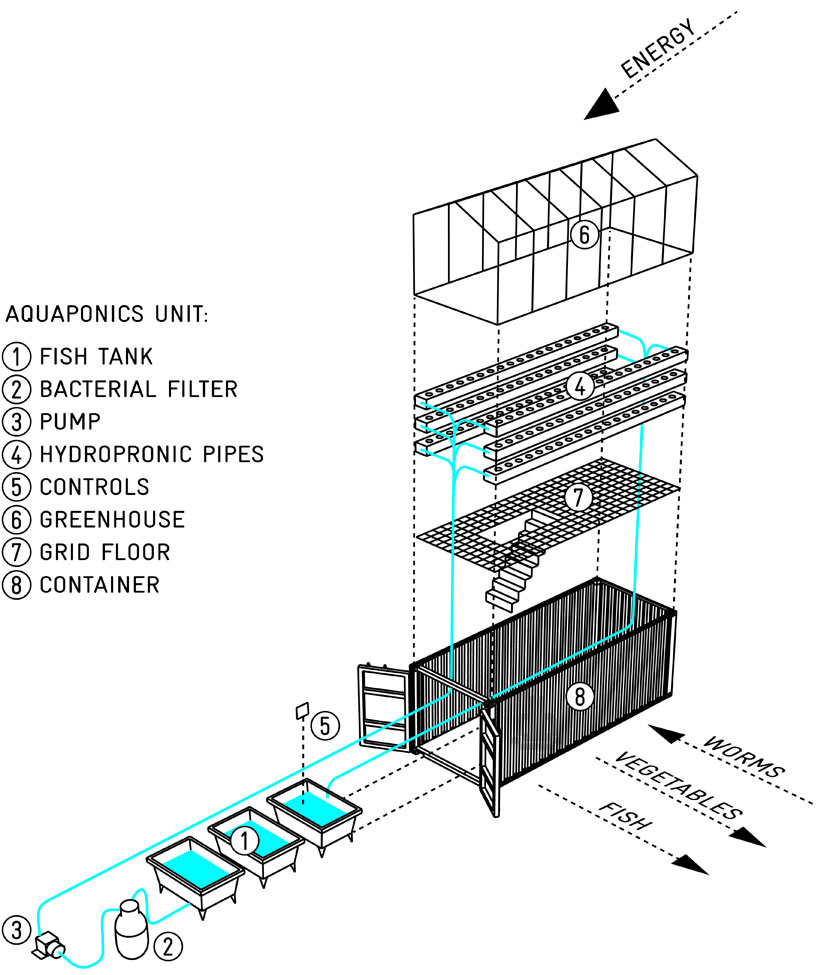 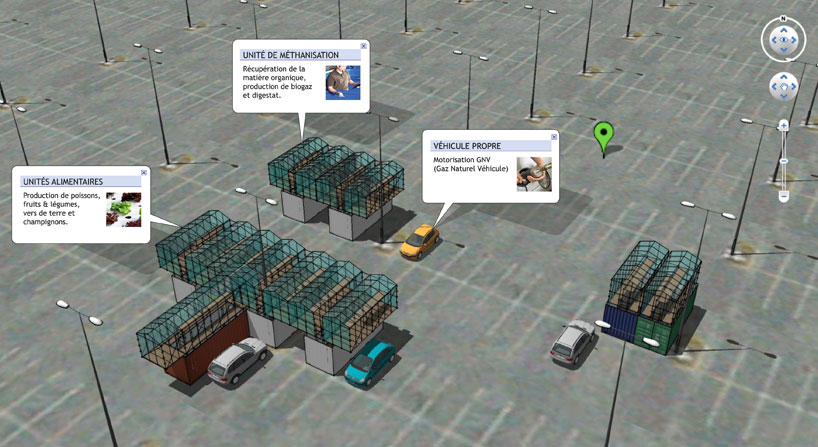