SHJworks: ‘the velvet state’ is a stage for creative exploration
photo by simon hjermind jensen
all images courtesy of SHJworks

a series of shells constructed of a single catenary curve repeated, rotated and enlarged, designed by SHJworks forms ‘the velvet state’, a temporary facility for the exploration of sensuous society composed of 10 archetypes for the 2013 roskilde festival  in denmark. since its conception in 1972 the event has promoted international cultural experiences of music and the creative arts. throughout the process the artists and architects worked together to create an other-worldly set, where they could explore the manifestation of arnold van gennep’s concept of liminality. the cooperation is visible in the tectonic, which resembles costume construction, with polycarbonate stitches holding together the plywood panels supported by sheets of the material bent into arches. the 794 square meter space is an assembly of five backstage areas composed of 12 rooms which make up ‘the ring’, ‘the ridge’, ‘the reactor’, ‘the barn’, and ‘the dressing room’. in the center ‘the courtyard’   accommodates the main acts of collaborative partners fiction pimps from denmark and british troupe collective unconscious. ‘the stage’ serves as a portal between the open ring and the central enclosure. the structure’s dichotomy serves creative performances by an array of international artists, and it doubles as the metaphorical entrance into a new experience, and the spectator’s renewed emergence therefrom. 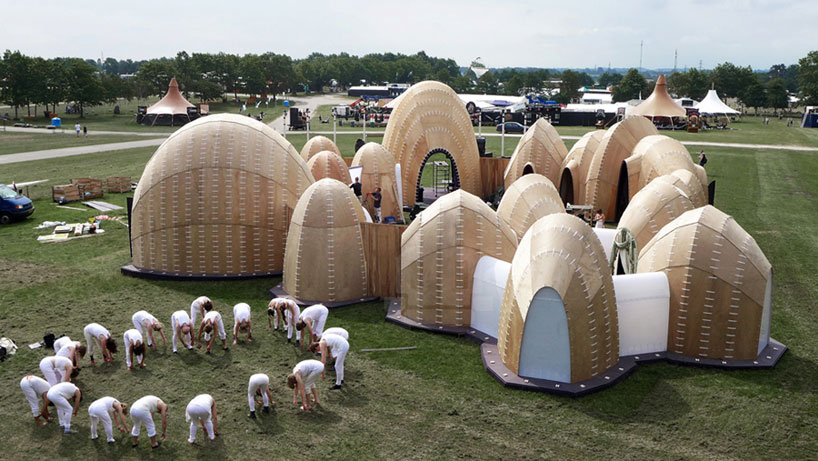 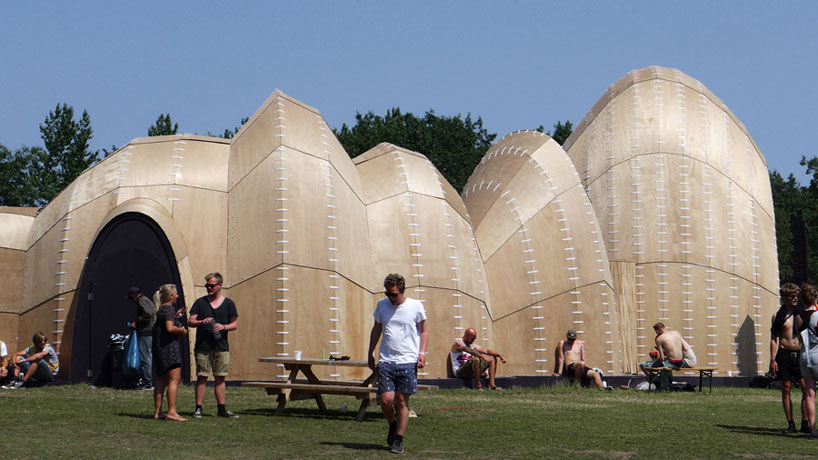 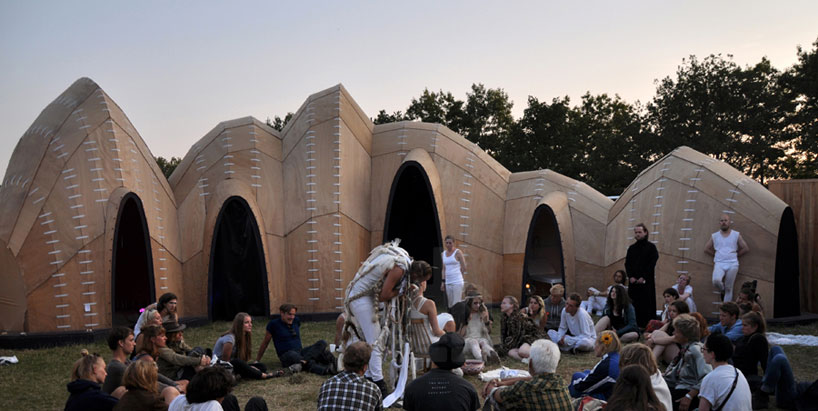 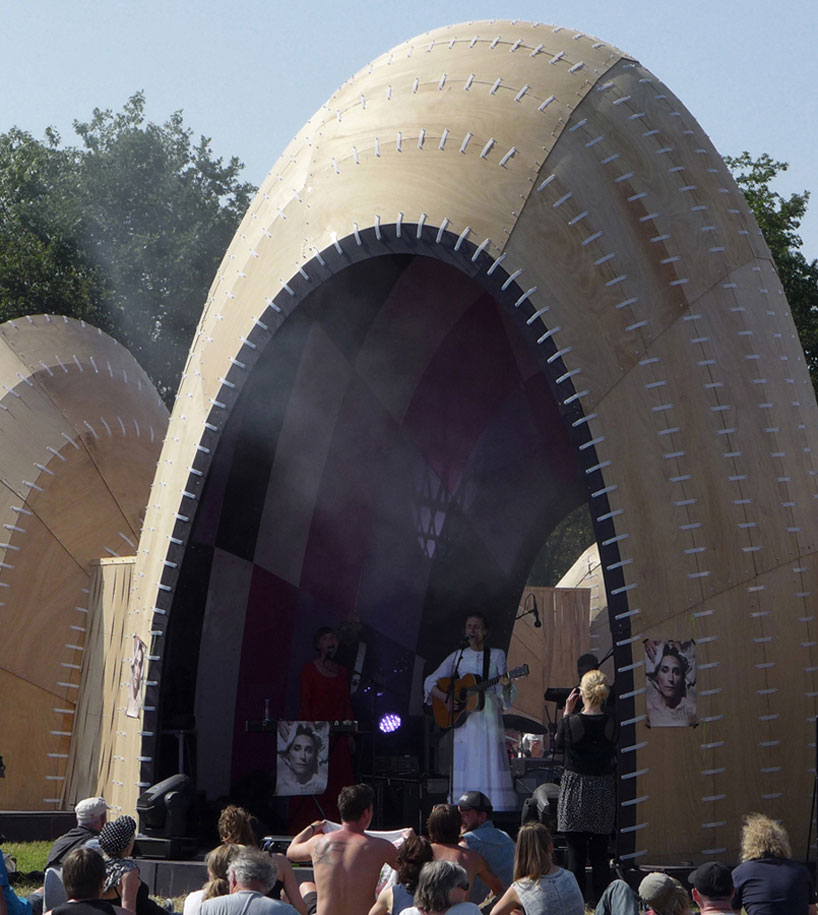 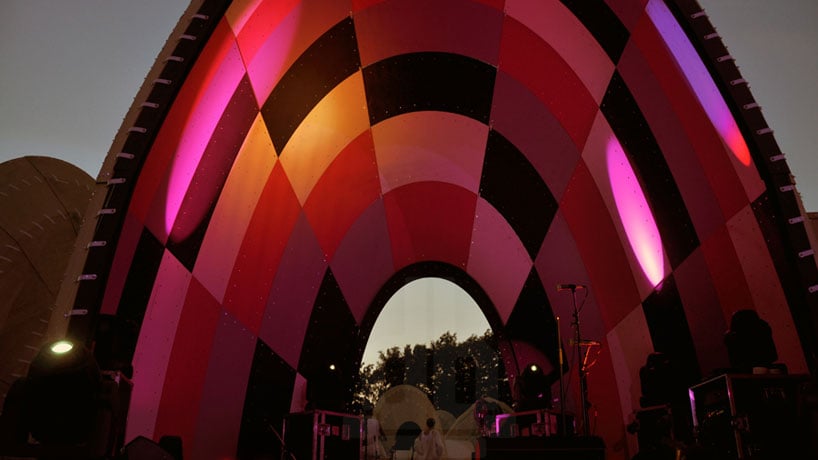 at night the stage is illuminated, and the brilliant harlequin finish is unveiled
photo by christian böcker sörensen

in the last 30 years, the roskilde foundation has donated almost all of it proceeds, nearly €25.4 million, to charity
photo by christian böcker sörensen 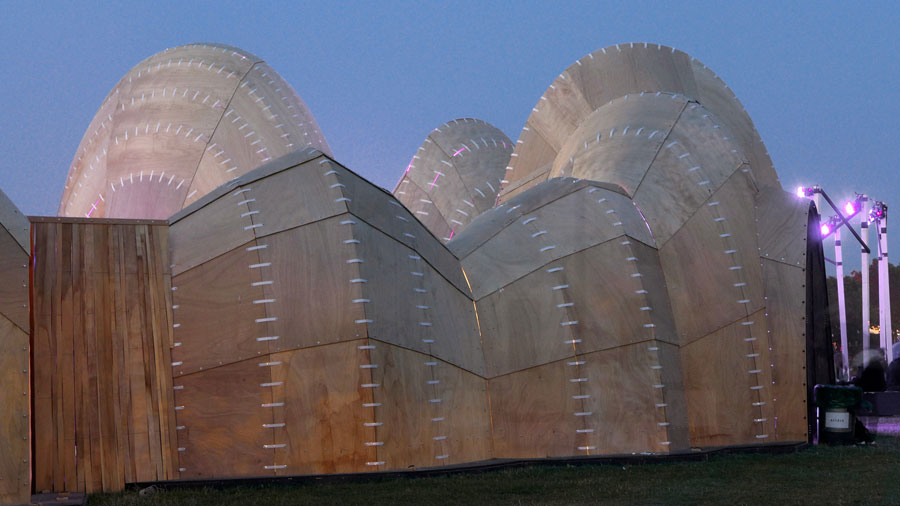 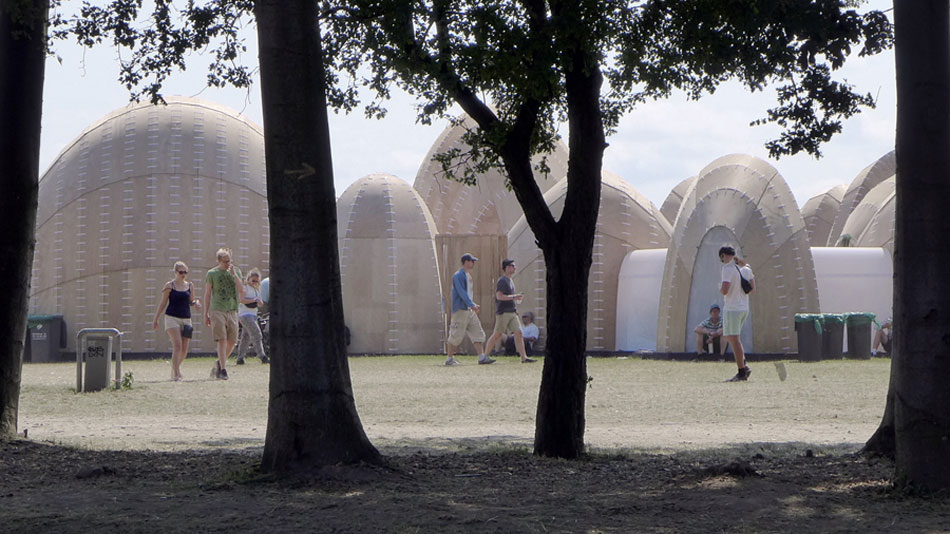 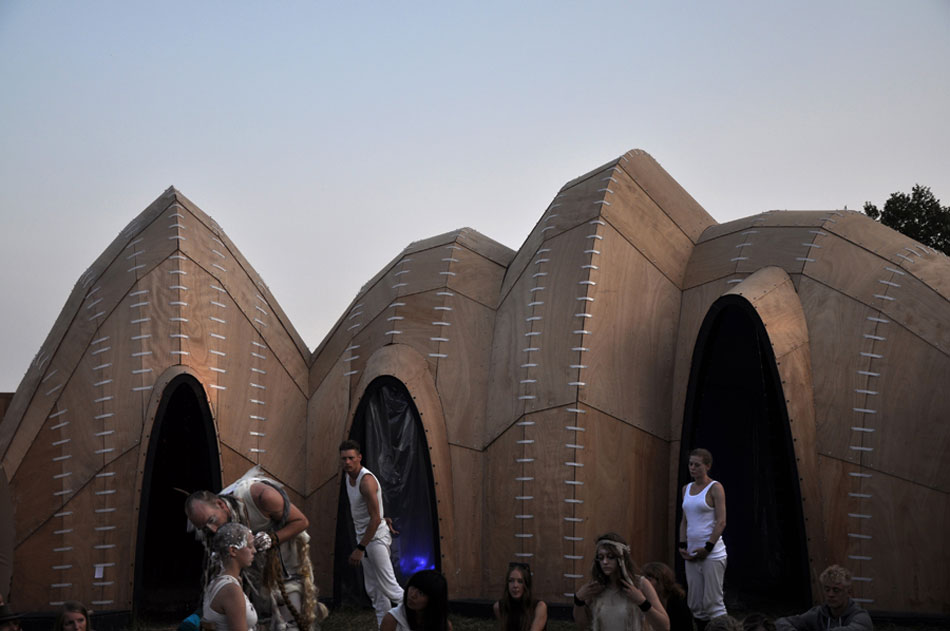 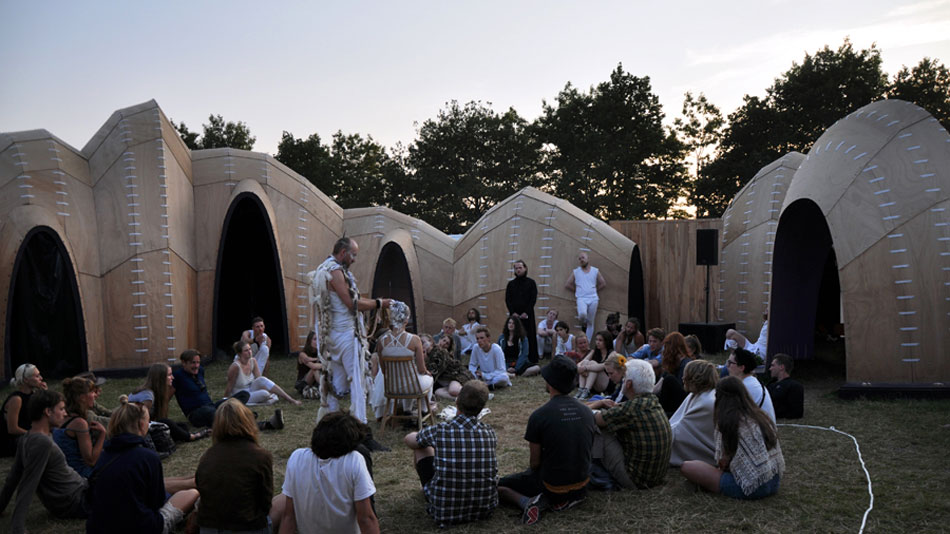 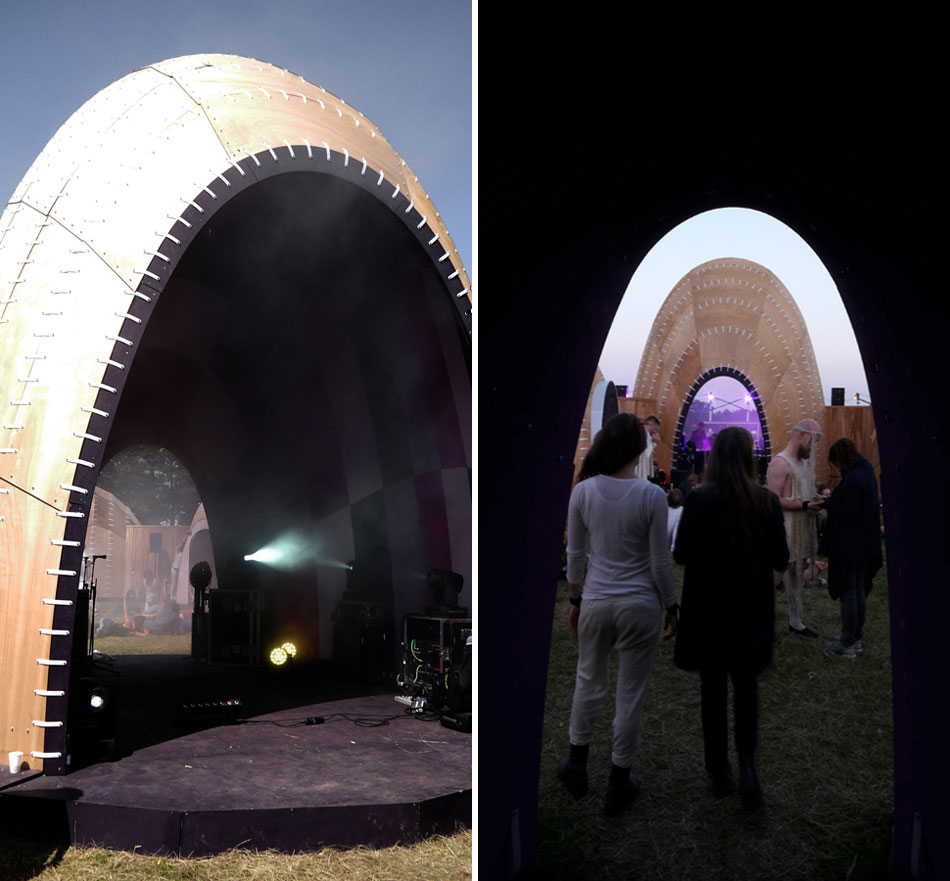 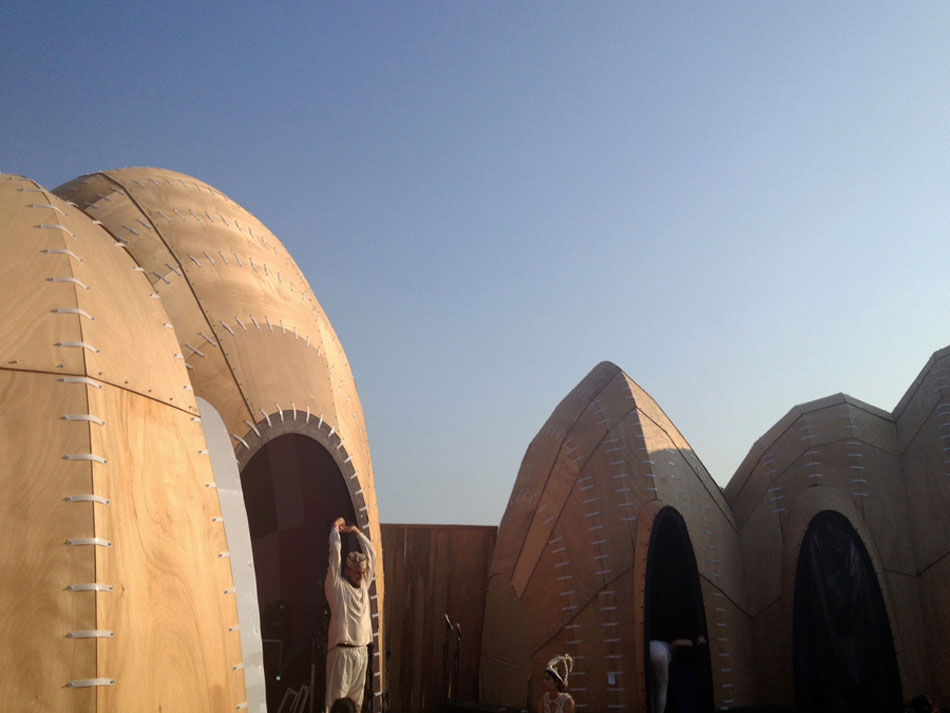 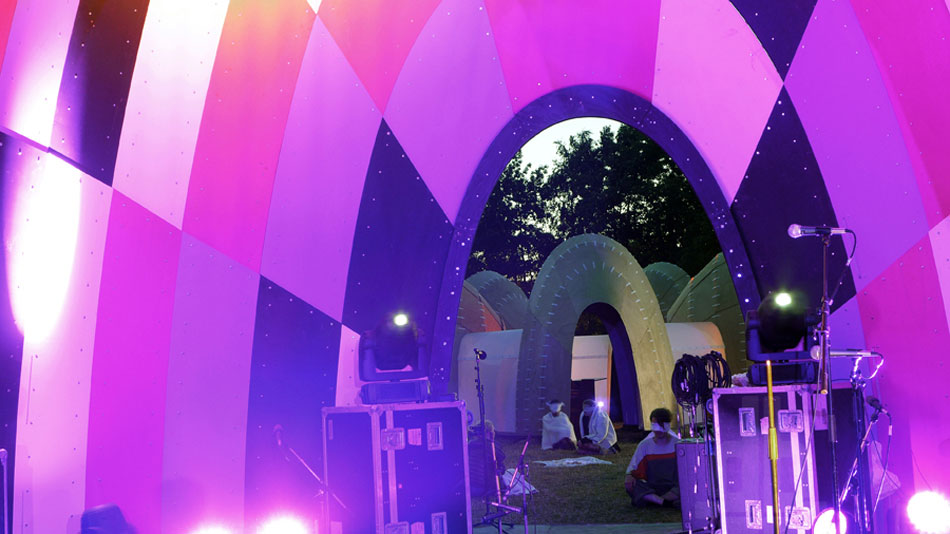 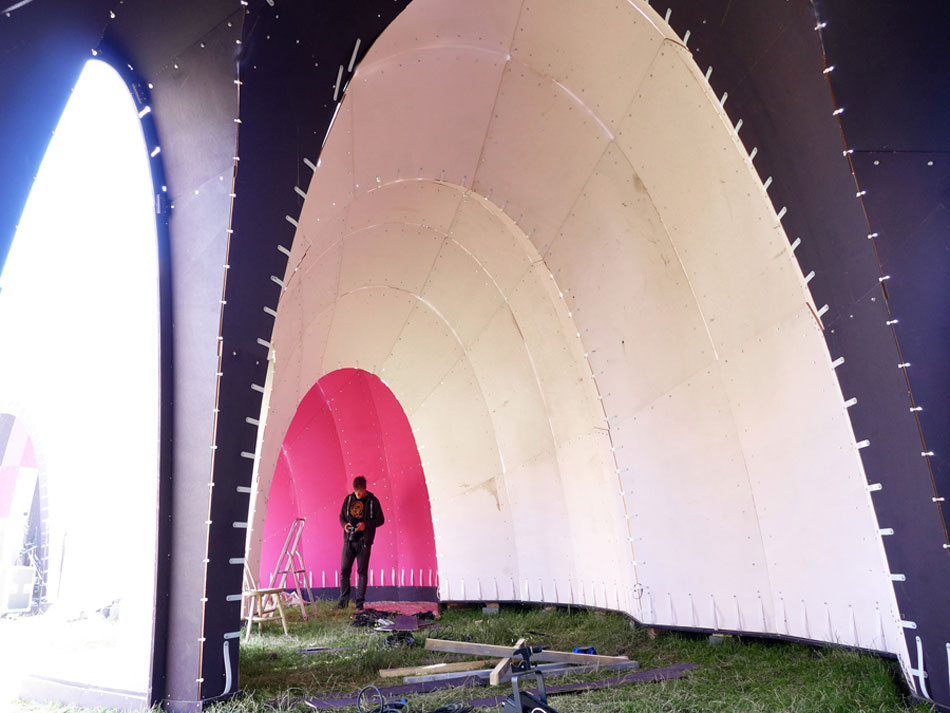 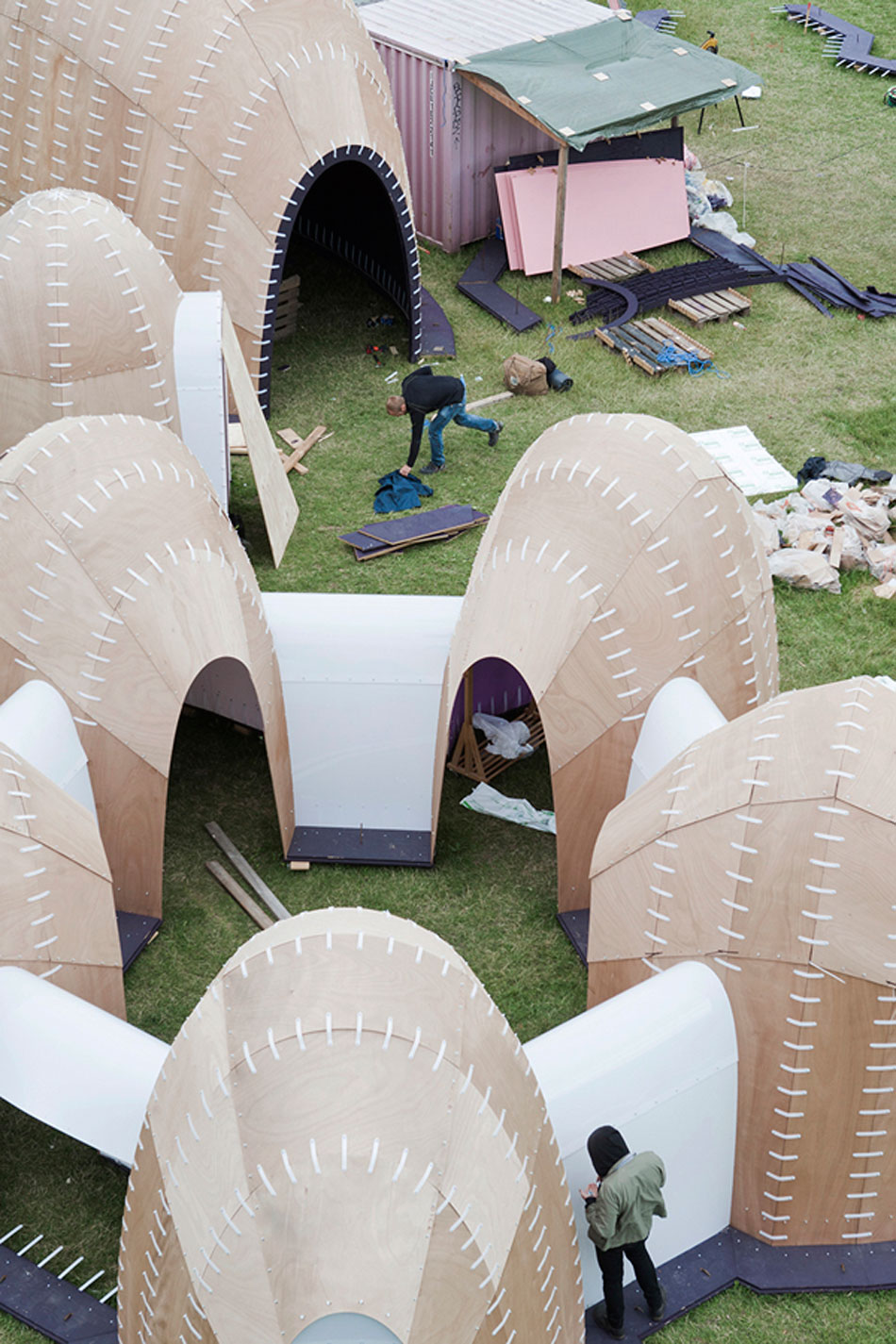 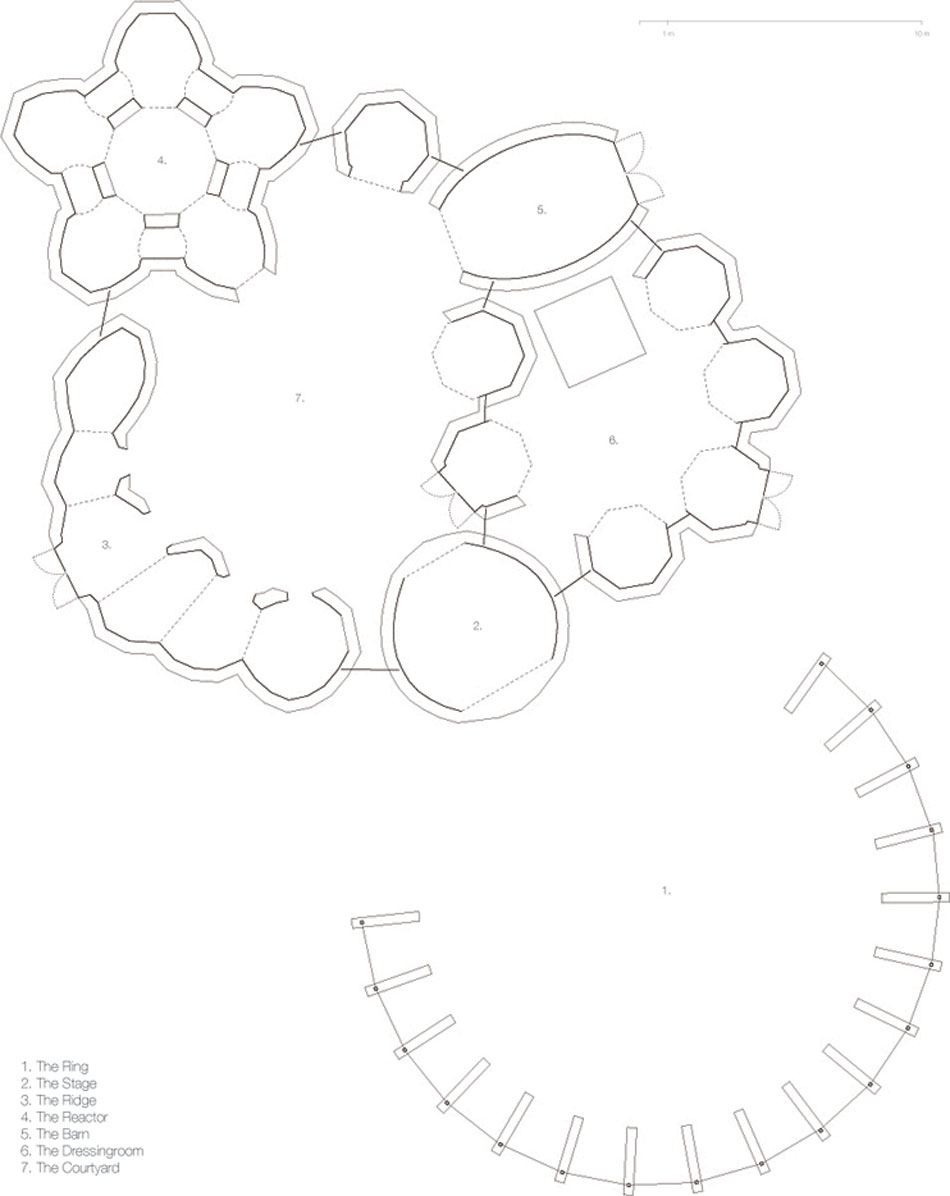 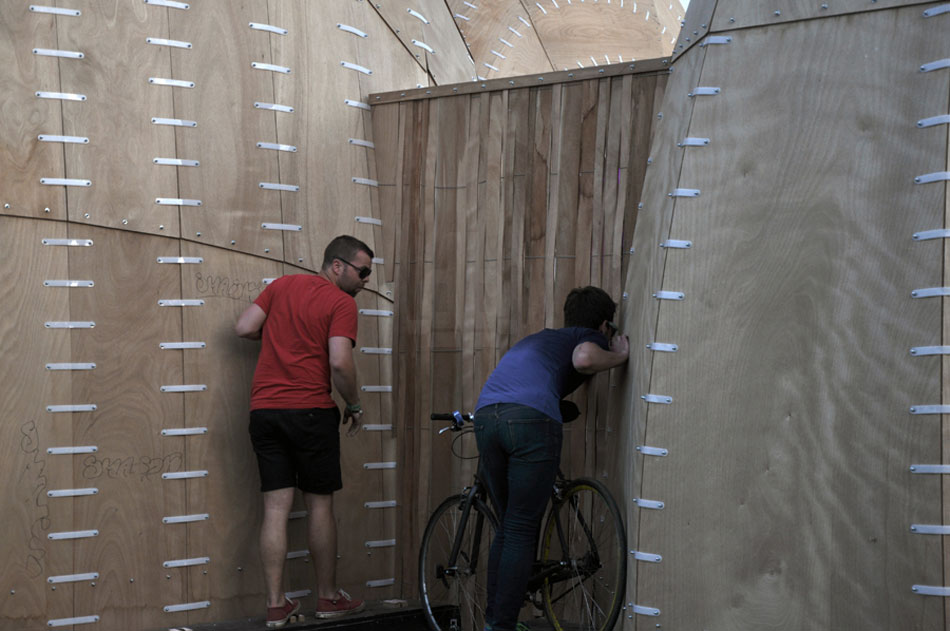 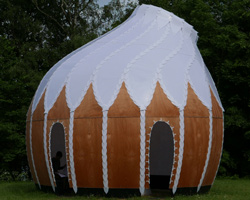 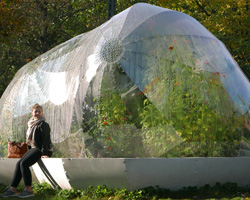 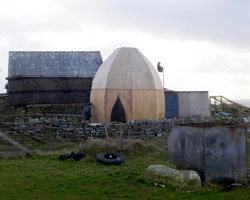 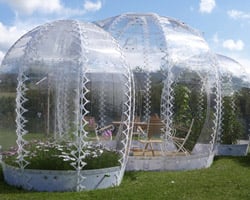 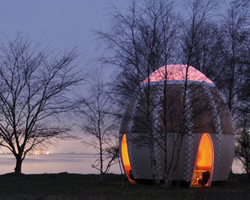