in 2016, it was announced that shohei shigematsu and international firm OMA had been selected to expand and refurbish the historic campus of buffalo’s albright-knox art gallery in new york state. the museum’s board of directors chose OMA’s NY branch ahead of other established practices, including snøhetta, BIG, wHY, and allied works architecture. forming the institution’s first expansion in more than half a century, the project will both enlarge and enhance the albright-knox, enabling the institution to better serve its audience. now, just over two years after the initial announcement, the preliminary schematic design has been unveiled. 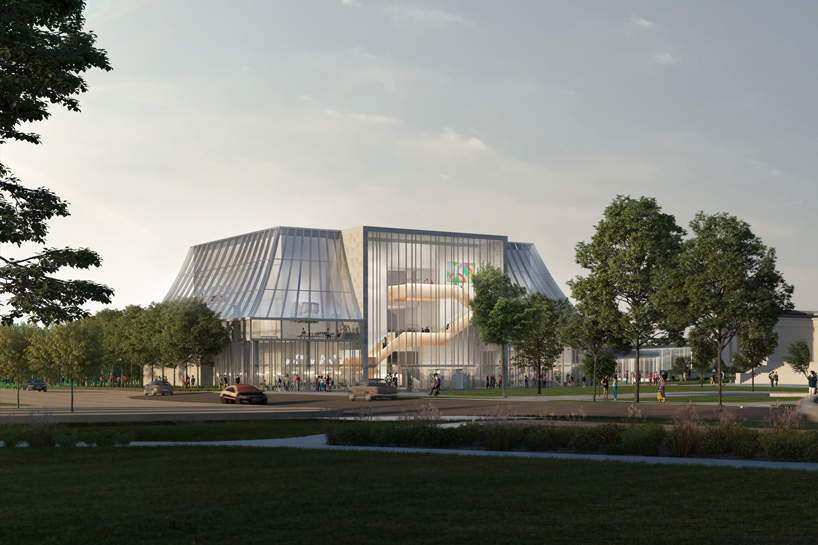 the bold, freestanding building will be sited on a green, park-like campus
image courtesy of OMA

the images released by OMA illustrate a ‘bold, freestanding building on a green, park-like campus’. the new structure will add 29,000 square feet (2,694 sqm) for the display of special exhibitions as well as the museum’s acclaimed art collection. the building will also incorporate several visitor amenities, while a wraparound promenade visually and aesthetically connects the interior of the building with the existing campus and landscape. 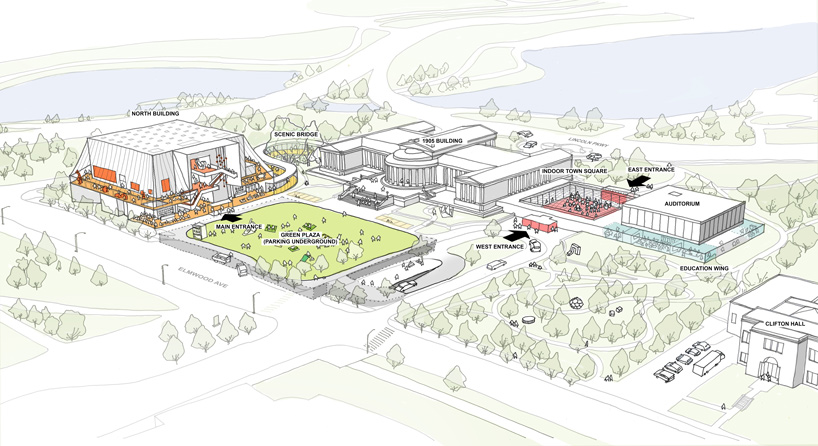 OMA will also work on the preservation of, and improvements to, the existing campus
image courtesy of OMA

‘the north building comprises three levels offering diverse gallery experiences,’ explains OMA partner shohei shigematsu. ‘encircling the second level gallery is a double-height promenade, a flexible space with 360- degree views to the surrounding buildings and olmsted landscape. the building is enveloped by a translucent façade that achieves an open and ephemeral quality and engages the external environment. layers of visual and spatial connections throughout the north building foster dialogue with the architectural legacy of the albright-knox while inviting contemporary audiences to discover the diverse activities within.’ 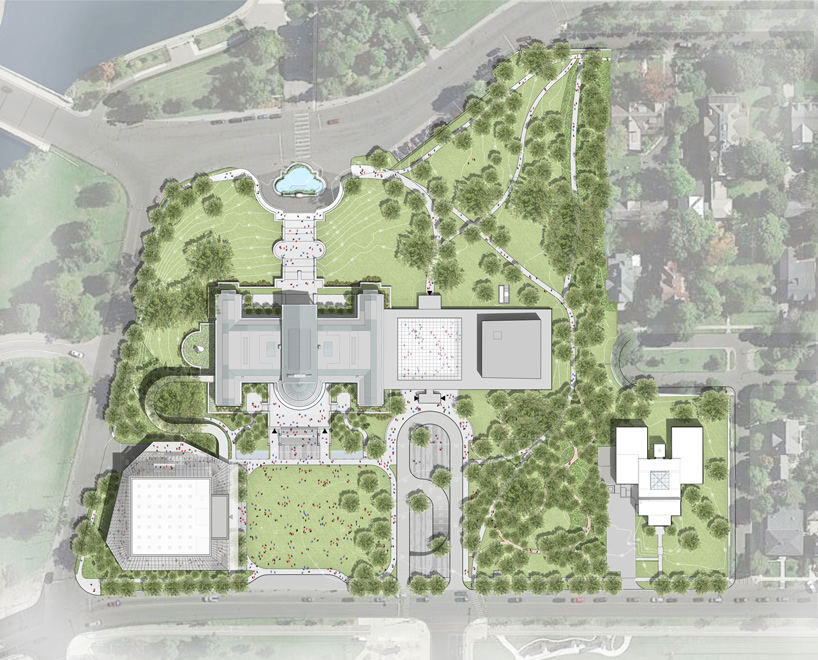 in addition to the new north building, OMA will also work on the preservation of, and improvements to, the existing campus. a new education wing will be added to the lower level of the albright-knox’s 1962 building, while a new point of entry will be added to its east façade. a new roof enclosure for the open-air sculpture garden will activate the museum with year-round activities. meanwhile, a scenic bridge will connect the north building with the site’s 1905 building. the institution is currently moving towards the $155 million it needs to fund the project.