silvio d’ascia architecture in association with the moroccan firm omar kobbité architectes, recently designed the new kenitra TGV station, north of rabat, morocco. the station, part of the ‘royal’ construction project of africa’s first high-speed train line, which connects the mediterranean with the atlantic, is also conceived as a lively transition zone for kenitra, linking its historic center with districts of the modern city. 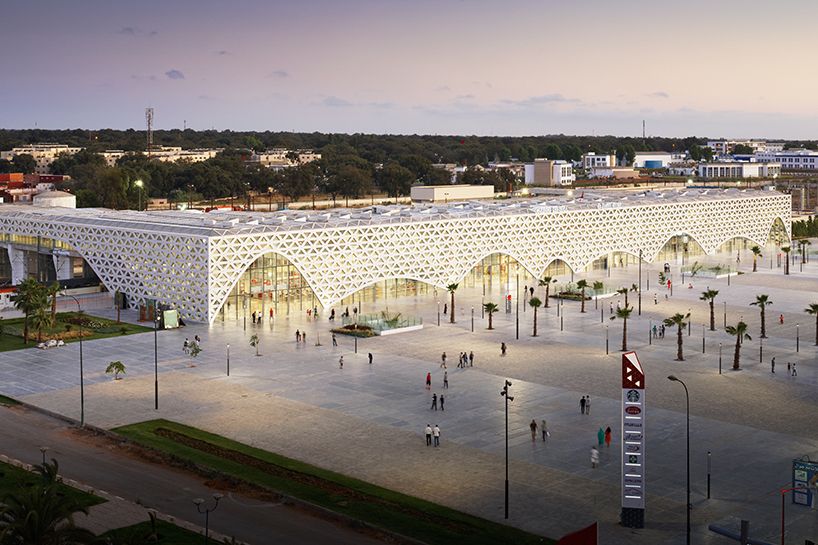 all images by takuji shimmura

the silvio d’ascia architecture imagined the kenitra station as a jewel case framing the renewed identity of traditional moroccan architecture in an urban context. this notion is emphasized in the project’s facade, a reinterpretation of a mashrabiya enlarged to the scale of the city. associating the socio-economic and technological progress concretized by the arrival of the al boraq tgv, the station is a symbol of this city’s and of morocco’s integration with the modern world. 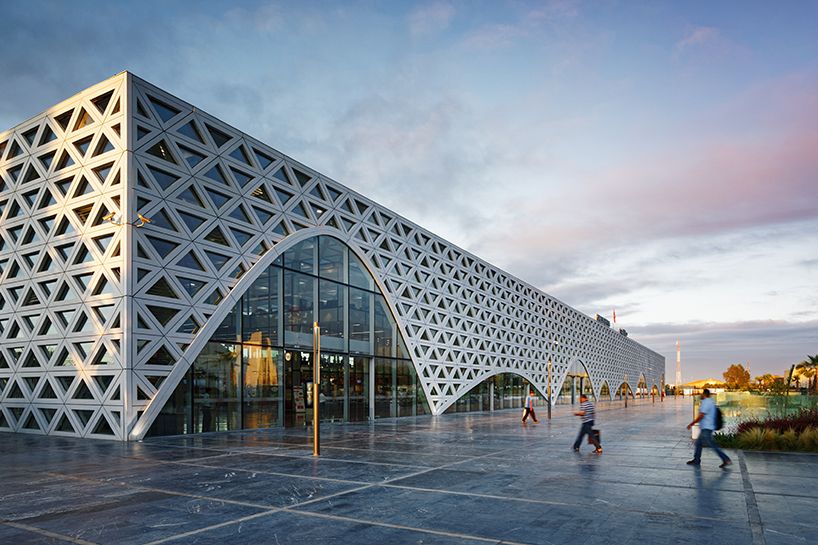 in addition to being the place to take the train, the station’s spatial and functional organization is designed to serve as a key public space of the city’s daily life: an intermodal hub. it now enables city dwellers to pass back and forth between the new city districts on the south side and the historic district on the north side. prior to its construction, the only connecting point was a narrow subterranean passageway. 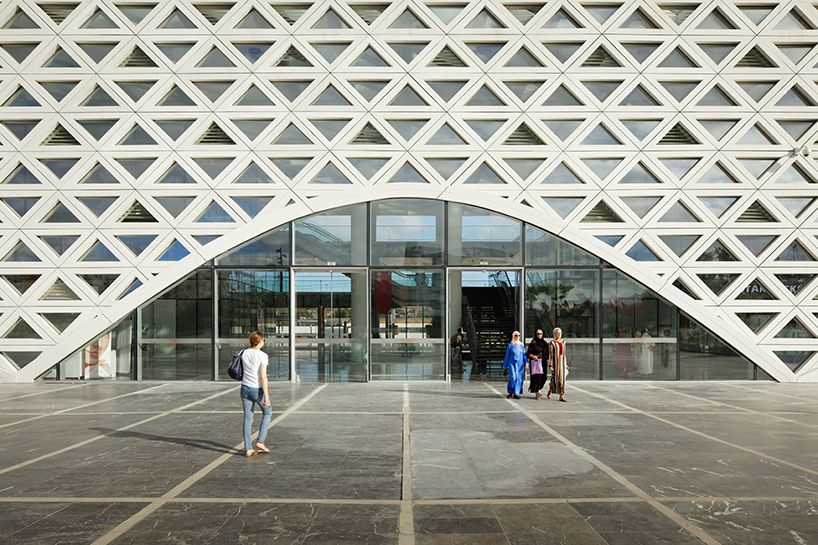 this new urban bridge above the railways contains shops and services and facilitates the smooth flow of the foot traffic of passengers and inhabitants crossing the city. the station’s dual entry points to the city, to the north and the south, help balance the urban fabric and turn the city into a genuine public space for all. 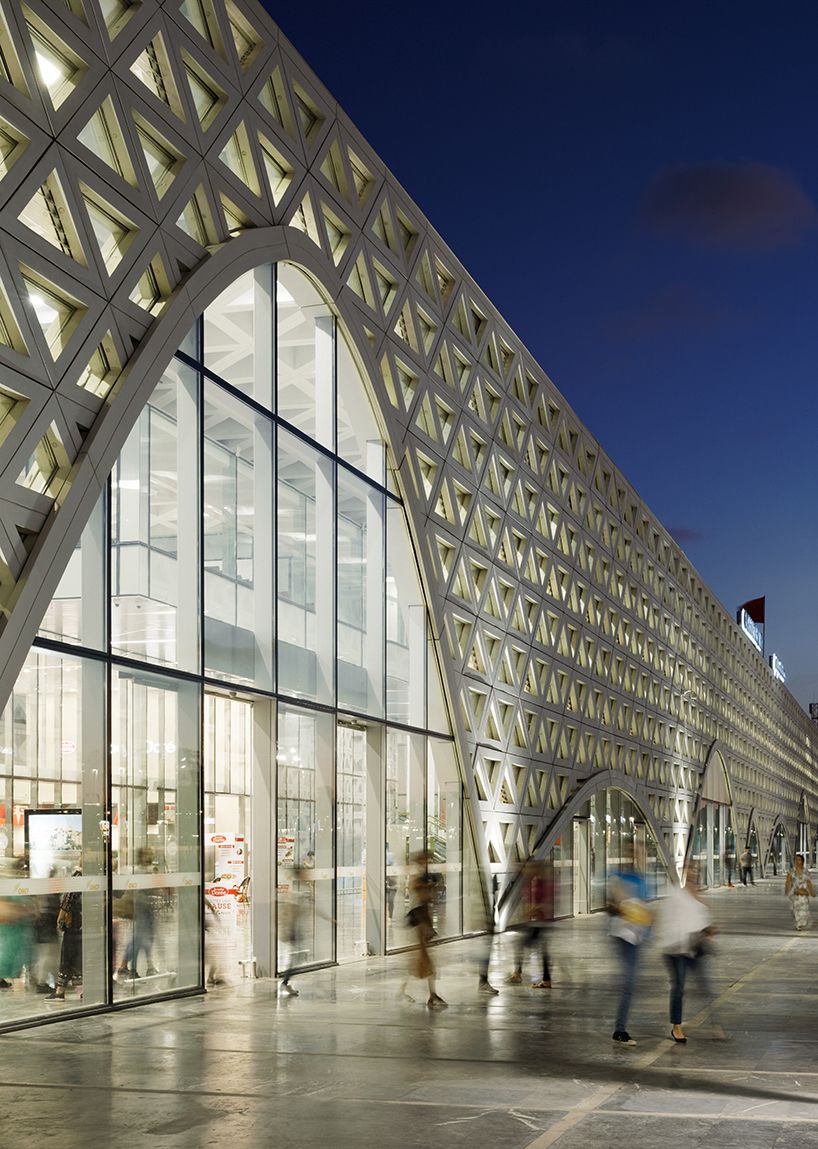 the facade of the station is an imposing screen on the cityscape, a great urban mashrabiya.  permeable to the flow of foot traffic crossing the plaza and the passenger building, the facade imitates the wooden lattice elements characteristic of arabic residences. measuring 200 meters long, which is the length of a standard high-speed train (tgv) and 12 meters tall, the facade is composed of more than 800 triangular blocks of fiber-reinforced, ultra-high performing concrete overlooking the broad marble and concrete plaza, on the historic city side, through eight imposing arches of varying geometries. 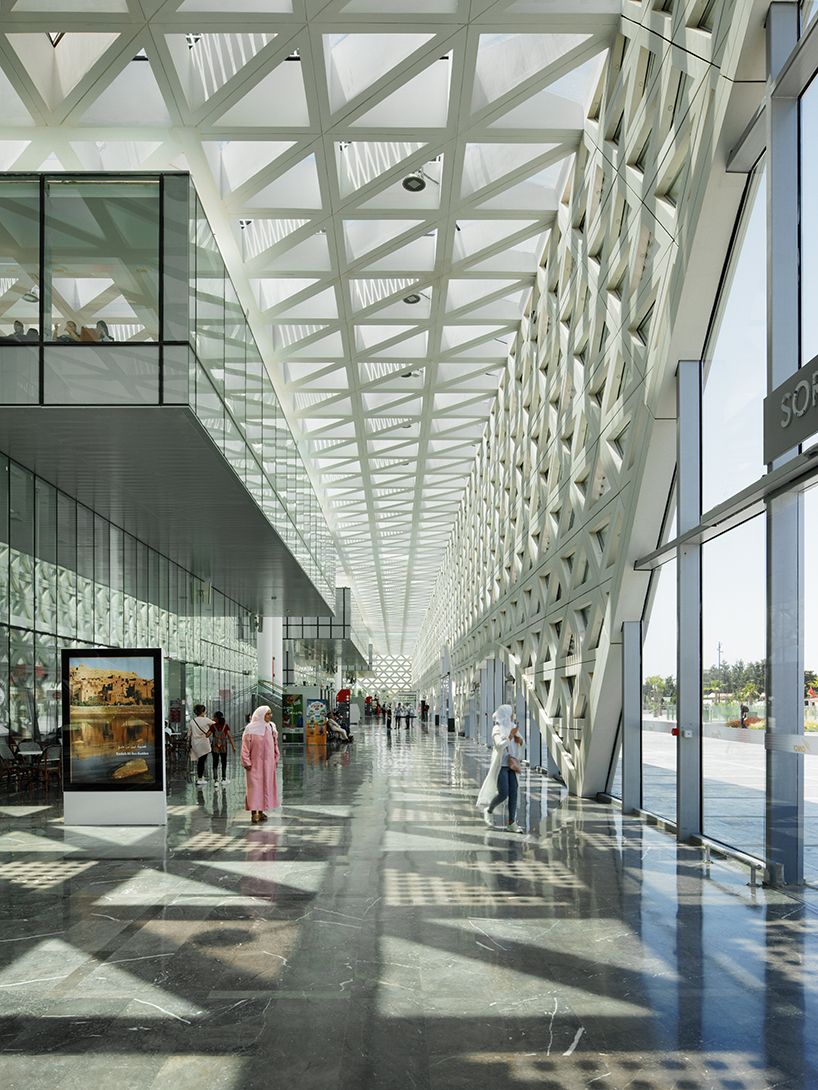 the triangle motif on the building’s skin is inspired by the geometric composition of islamic architecture. expanded to the scale of an urban building to create the perfect balance between light, shade and transparency, the motif of the facade becomes an enormous frame and filter through which to view the city. this enlargement of the ‘mashrabiya’ architectural element offers a way of dealing with the strong seasonal variations of the station’s outdoor temperatures. 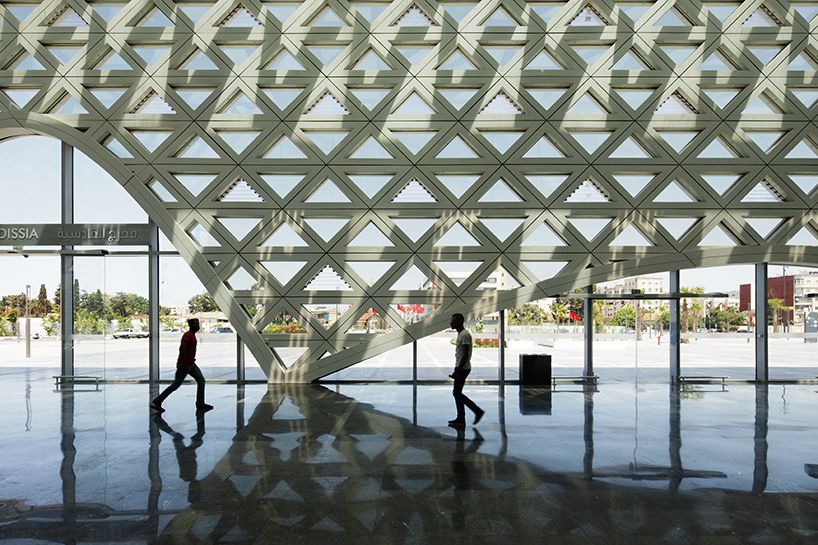 the active and porous skin naturally filters light and air to ensure comfortable interior temperatures. shadows cast by the functional blocks onto the gray marble floor and the glazed surfaces of the facades, evolving with the season and the time of day, are the poetic result of the natural thermal regulation ensured by the mashrabiya feature. 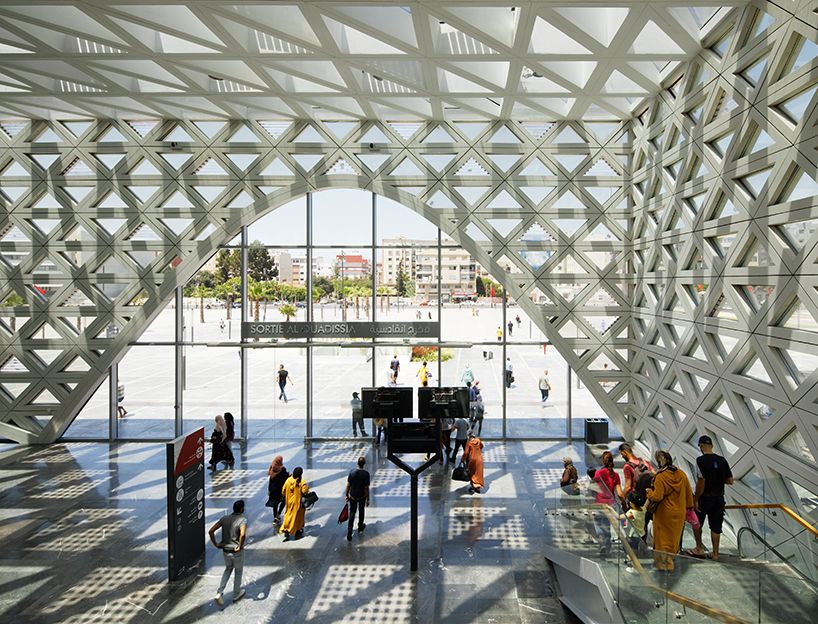 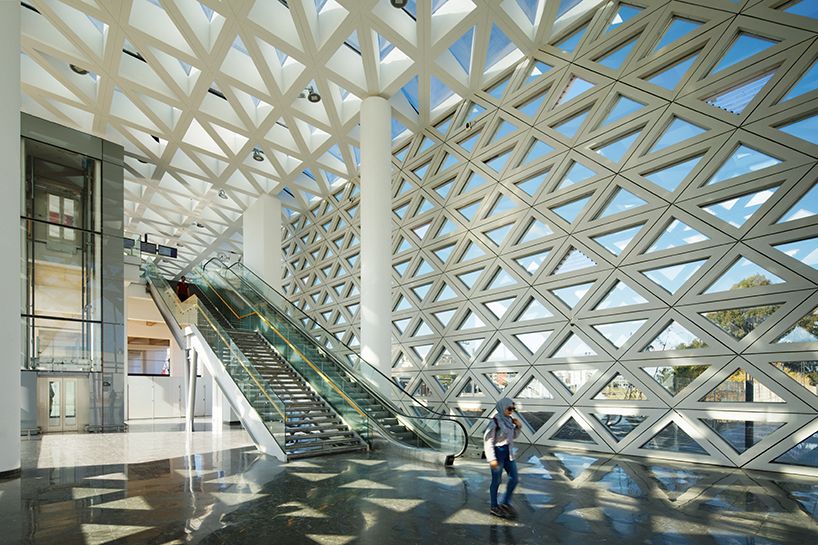 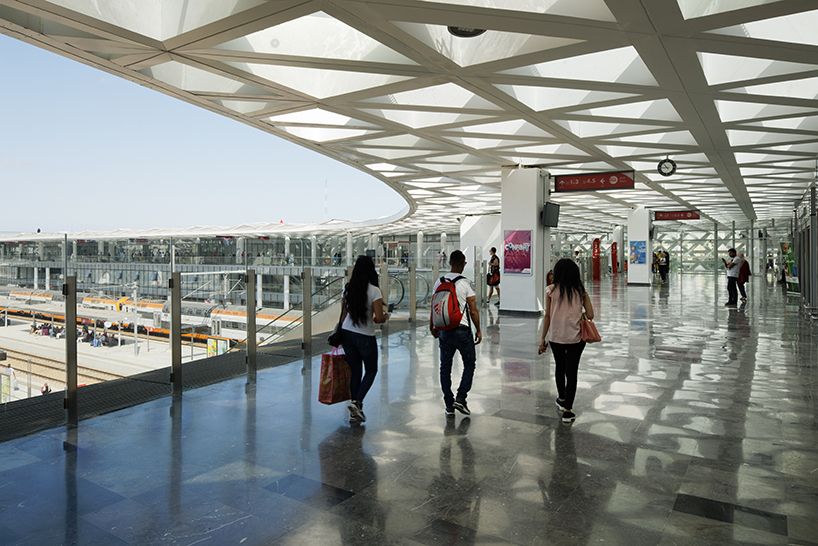 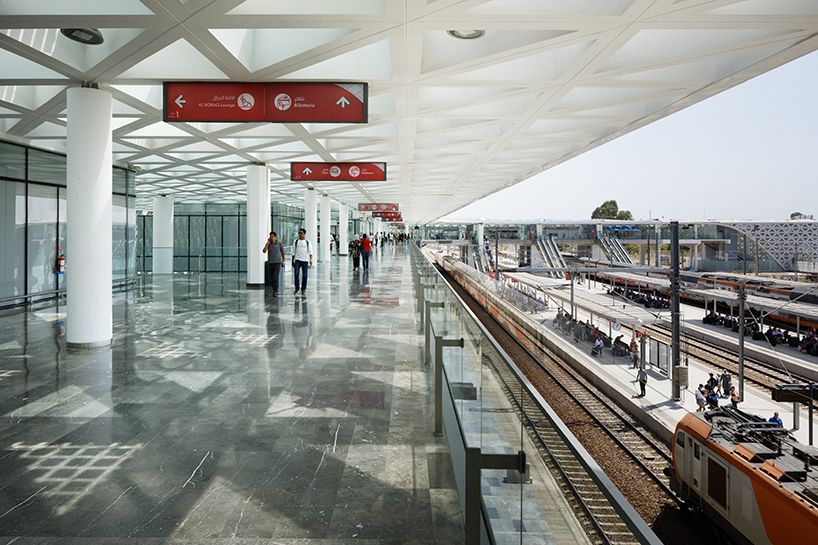 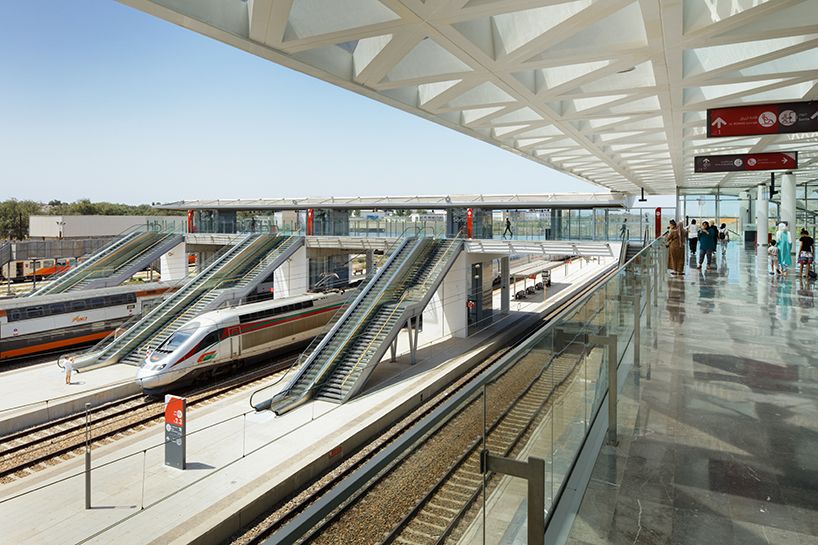 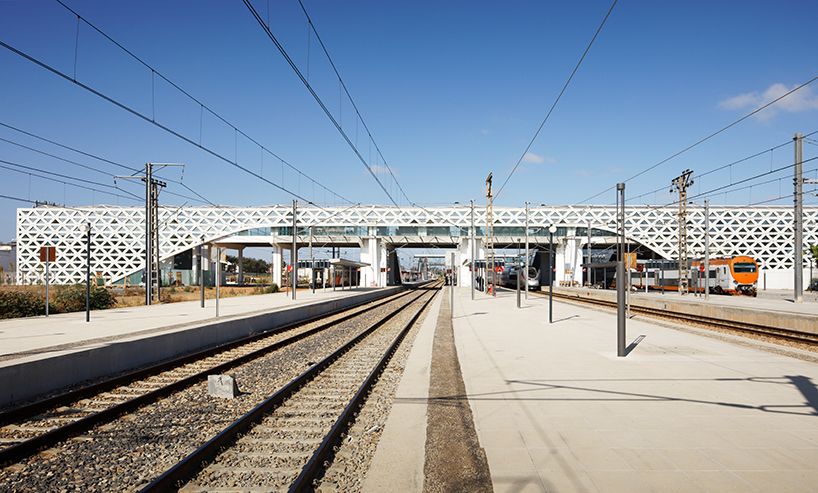 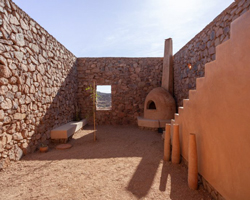 Mar 17, 2020
building beyond borders works with local community to create 'the women's house' in morocco 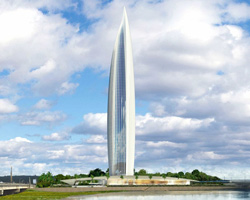 Oct 24, 2018
the 'bank of africa tower' will be the continent's tallest skyscraper 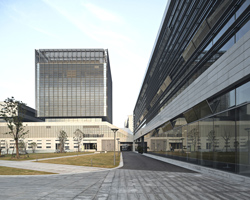 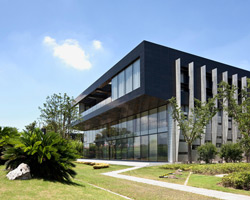