lush grass fields surround the ‘border crossing house,’ a private residence built by simone subissati architects in the hills of polverigi near ancona, italy. situated between the city and the countryside, the project explores the theme of the border and the search for new forms of permeability in space and time. the residence is expressed as the typological combination of traditional rural constructions and spatial experimentation. the space, with its strong conceptual foundation, is captured in the federica biondi-directed short film ‘rustico.’ the artful film conveys the poetics of the border crossing house, exploring its atmosphere which does not rely on ostentatious ornamentation, but on freedom and flexibility of use. 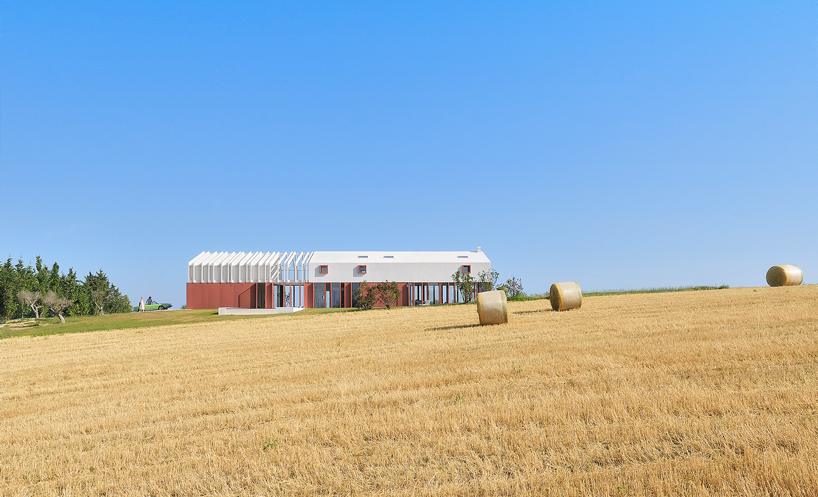 the simone subissati architects-designed ‘border crossing house’, or ‘casa di confine’, has a traditional pitched roof geometry interrupted by a rhythmic fragmented frame. the outward-looking project, with its open and irregular fenestration, connects the vast rolling landscape with the intimate, domestic space. the design process is informed by the perception of inhabited space as a threshold — the house relies on its relationship with the outdoors, intended as a territory extended to the limits of the viewer’s gaze. 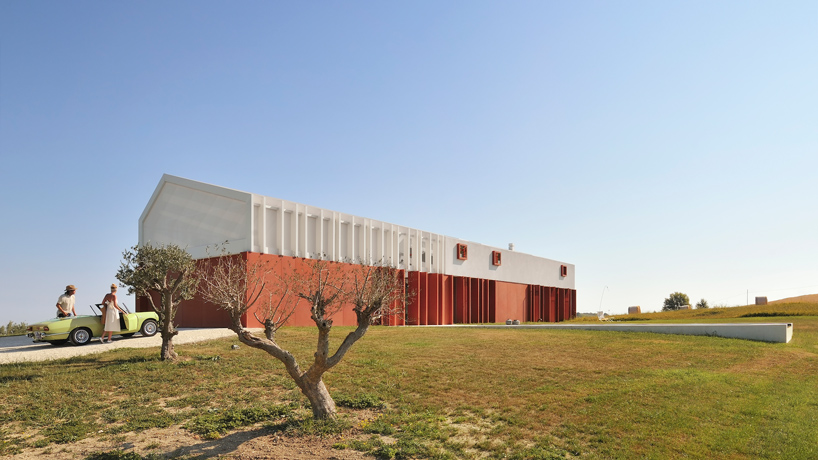 simone subissati comments: ‘for the border crossing house I imagined a space that would feel as if it was ‘inherited.’ I wanted it to be the least opulent it could be: it is meant to feel ‘as if it had always been there’ though being contemporary and in many ways very distant from tradition. so essential that you can almost think of it as a temporary place, as if it were an outdoor park. a light, flexible space that, as if it was there already, could now be reclaimed. a space without frills and without luxury, just like the buildings of the rural tradition where people both lived and worked.‘ 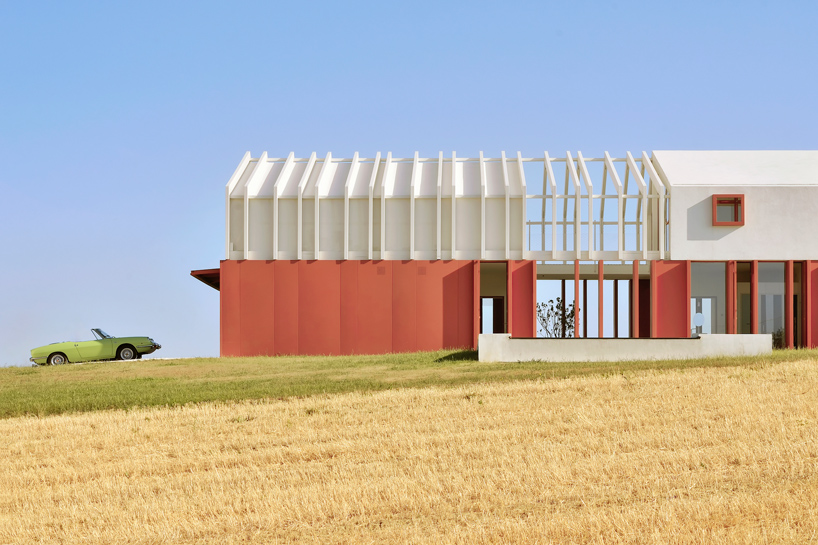 border crossing house is a space that welcomes life and a mutual relationship with the surrounding environment. the regionalist heritage of ‘rustico’ does not imply a provincial attitude, but is rather related to the capability of staying in contact with nature. ‘rustico’ is an ode to the life unrolling in the landscape framed by the windows of the house. set during a harvesting day, the short film communicates the passage of time and a space in harmony within its natural context. 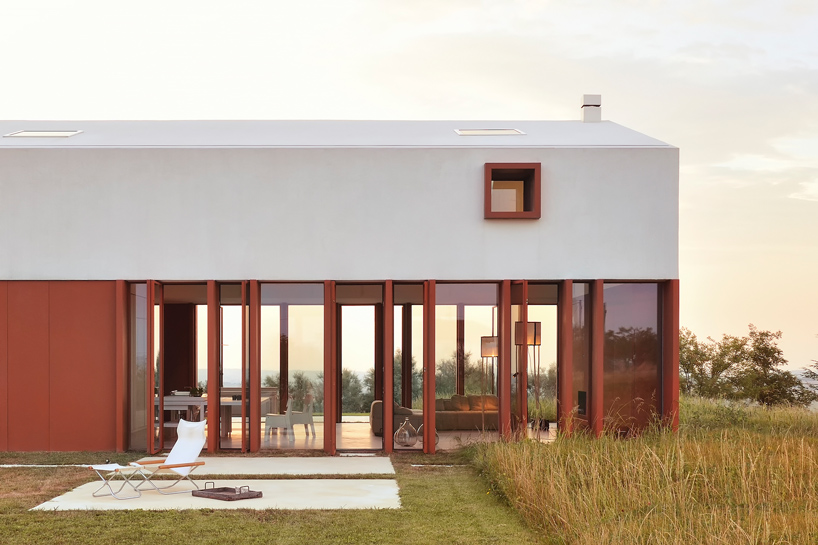 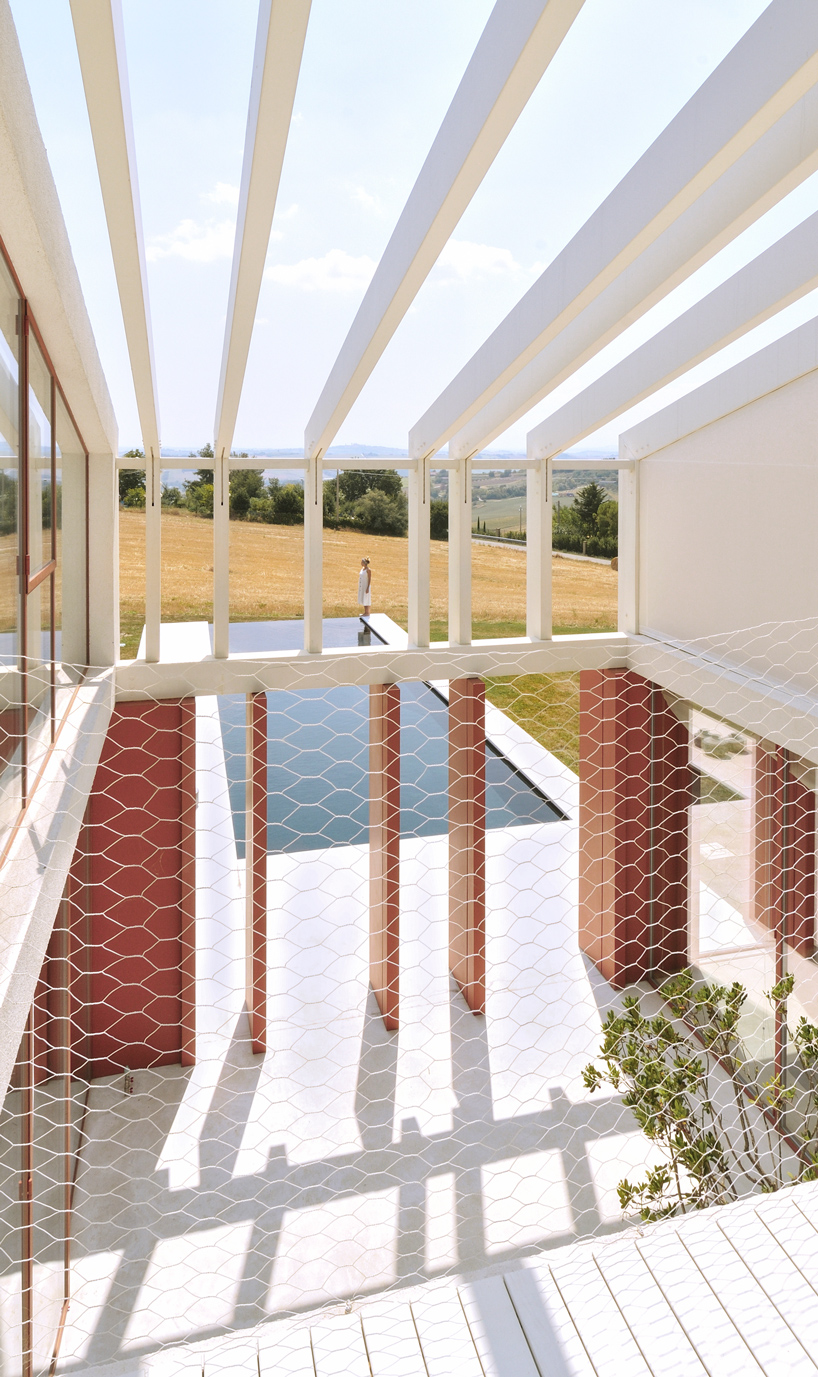 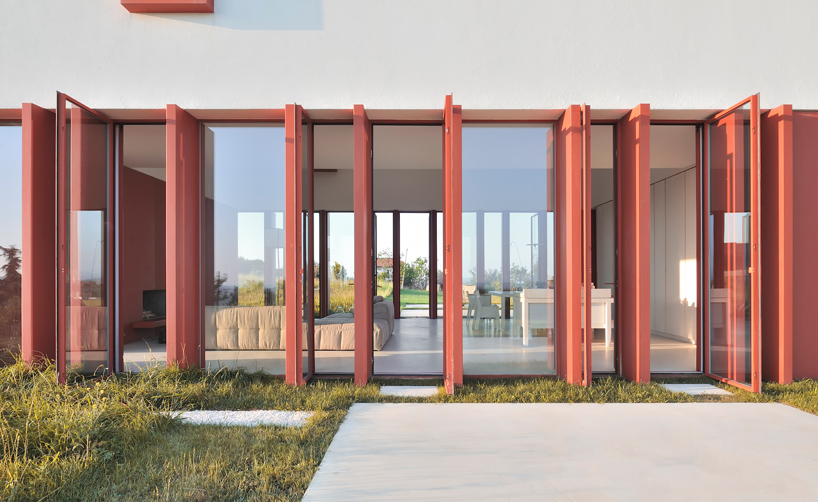 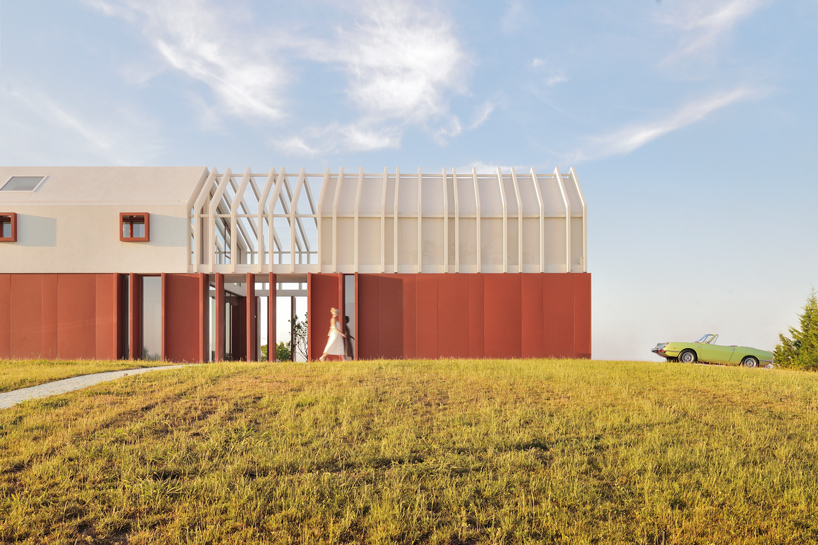 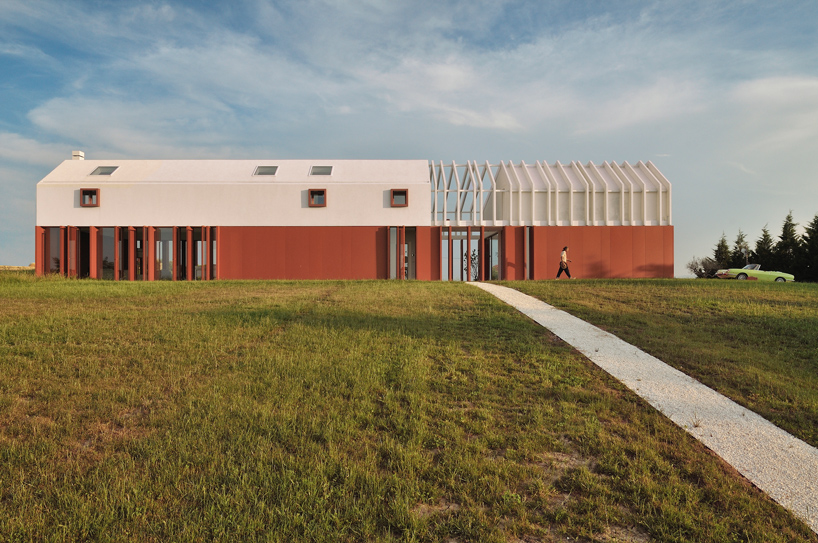 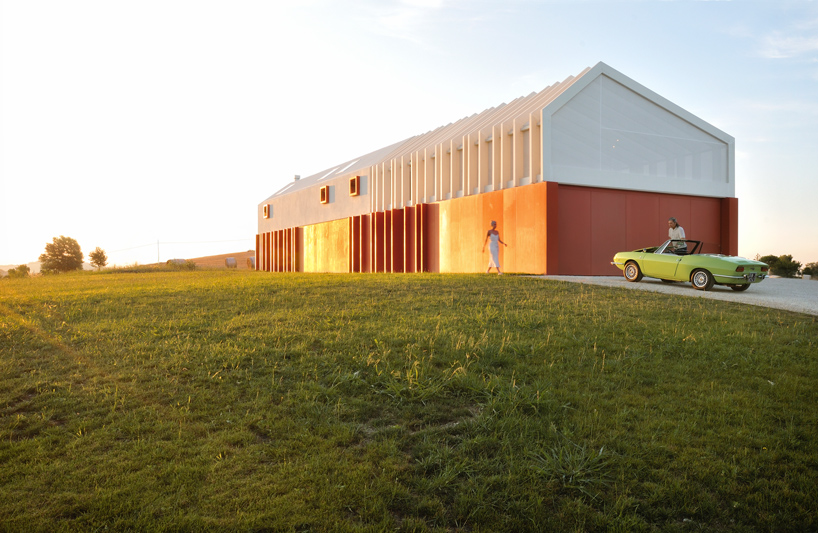 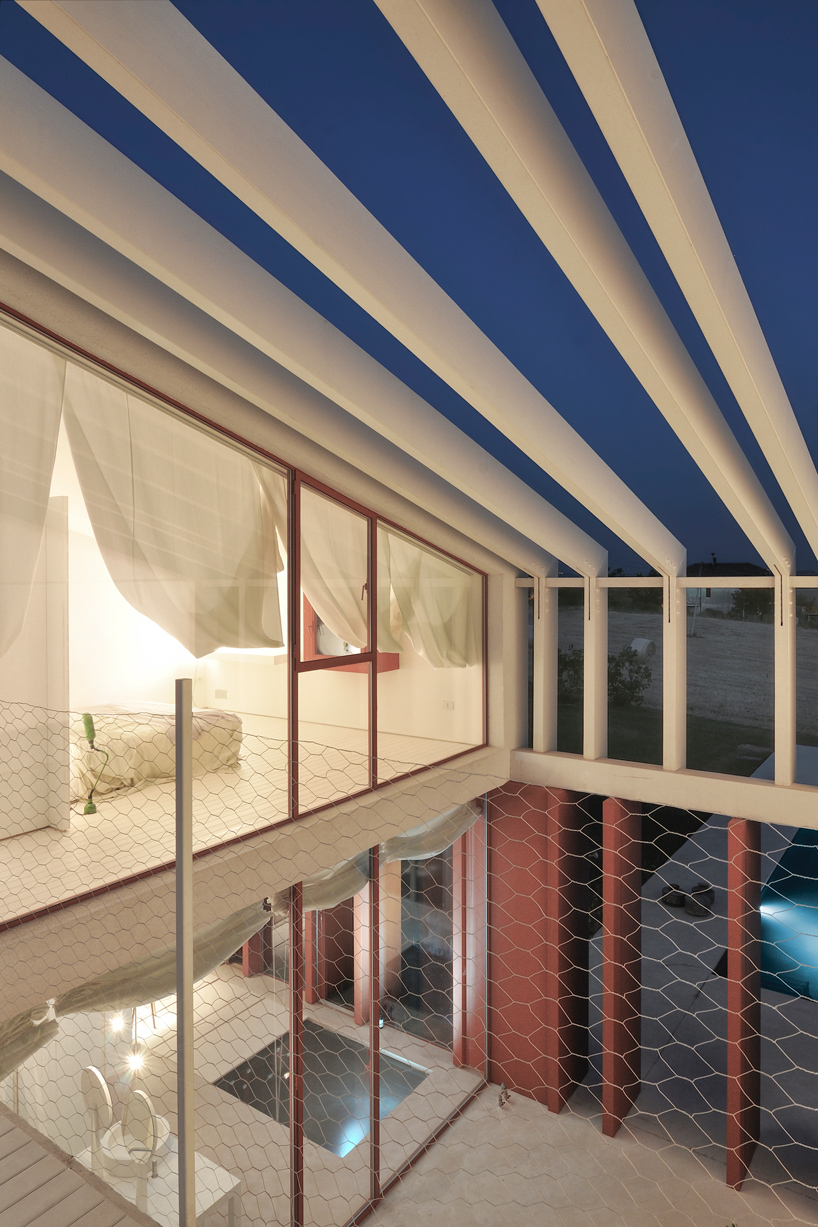 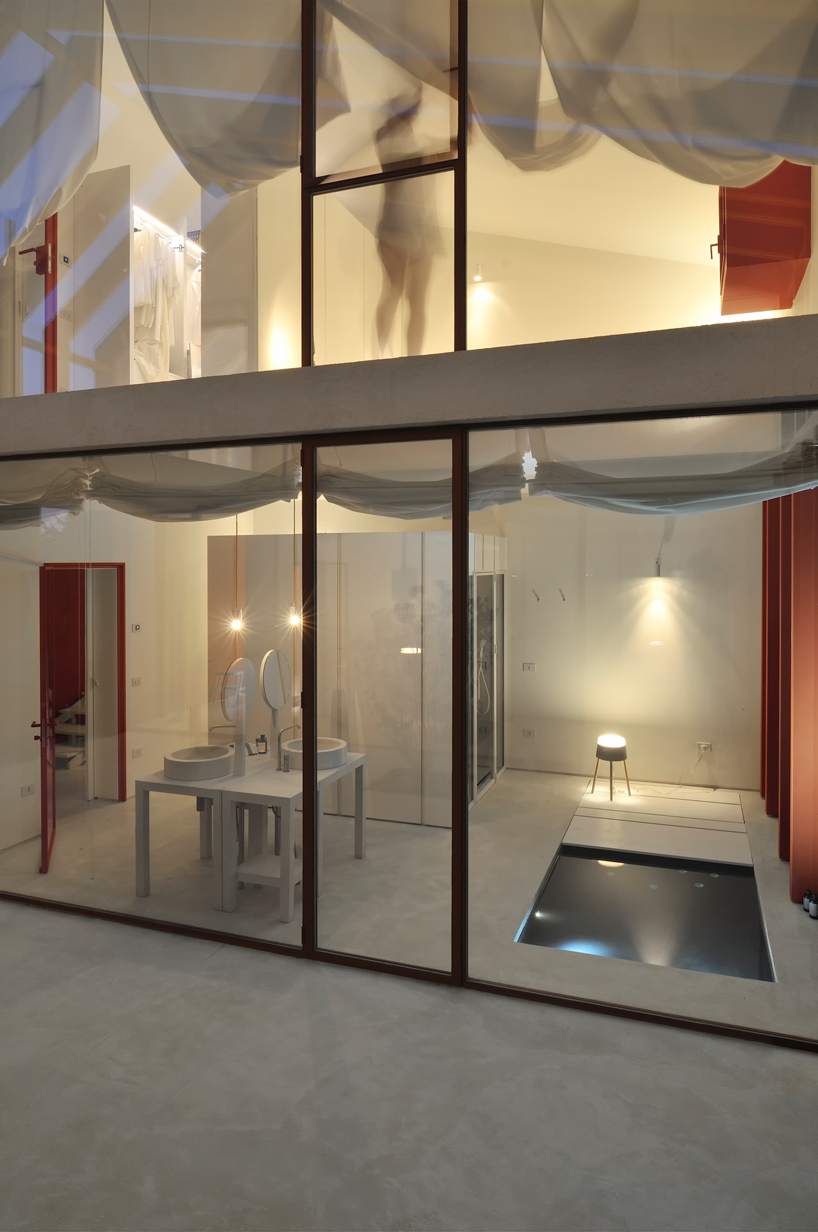 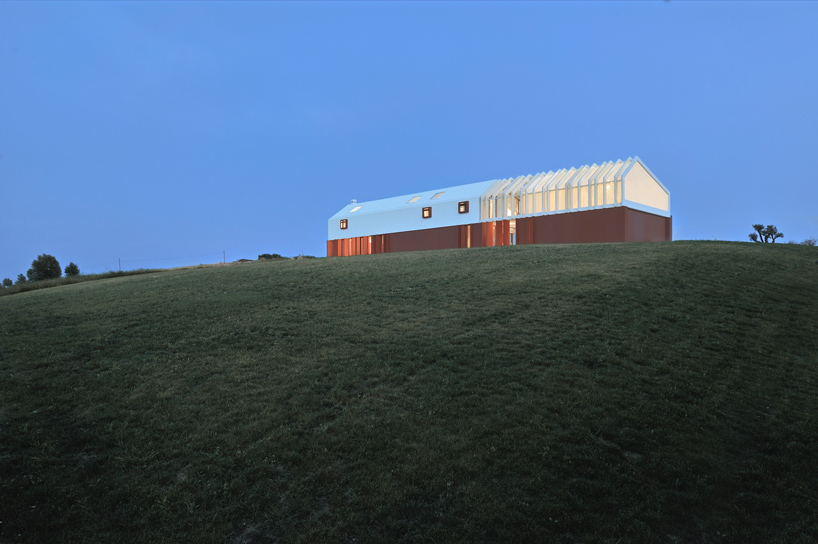 assistant to the director: francesca zannoni