Beijing-based firm PINES ARCH has designed an experimental space for events and exhibitions in Hangzhou, China. Resembling a wormhole, the interior takes shape as a series of sinuous white layers emerging from the flooring and swinging to the very top. Designed at the brand’s headquarters building, ‘Golong Wormhole’ employs flexible programming all the while reflecting aesthetic touches of the brand’s inquisitive and transformative language.

The design team sought to create a continuous formation to fade away the definitions of the room, thus creating a feeling of endless. The ‘wormhole’ room serves as the exhibition’s focal point that ties all galleries together. Its organic silhouette marks its presence, making it stand out from the surrounding rectilinear spaces — three interdependent and interconnected gallery areas. 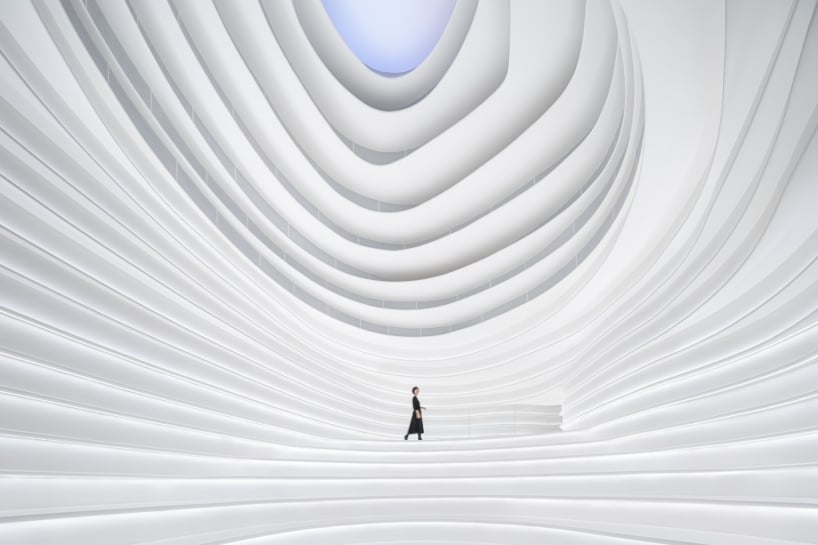 Golong Wormhole is imbued with motion and speed. The design team (see more here) sought to generate a space that immerses visitors in an uncanny sensation that oscillates between the known and unknown. The wormhole expresses itself as a dynamic sculpture encircling the bystander, creating a sensory experience provoked by light, form, and scale, enhancing their awareness.

During events, the wormhole can accommodate around 60 people on the steps, whereas, on days without events, the wormhole acts as a space for the employees to contemplate and de-stress. To construct the room, the design team utilized a structural frame made of galvanized steel studs that are welded on-site after a deliberate layout placement is done by projecting curves onto a grid. Then, the architects employed a fiber-cement backer board to line the frame and installed precast GRC panels made specifically for each curvature. ‘From a secondary steel frame bolted into the floor slab above, steel cables hang rings of molded GRC panels on the upper portion of the wormhole shell. Frosted strips of bent acrylic are then slotted in between the suspended panels to create the translucent face panels,’ added the team. 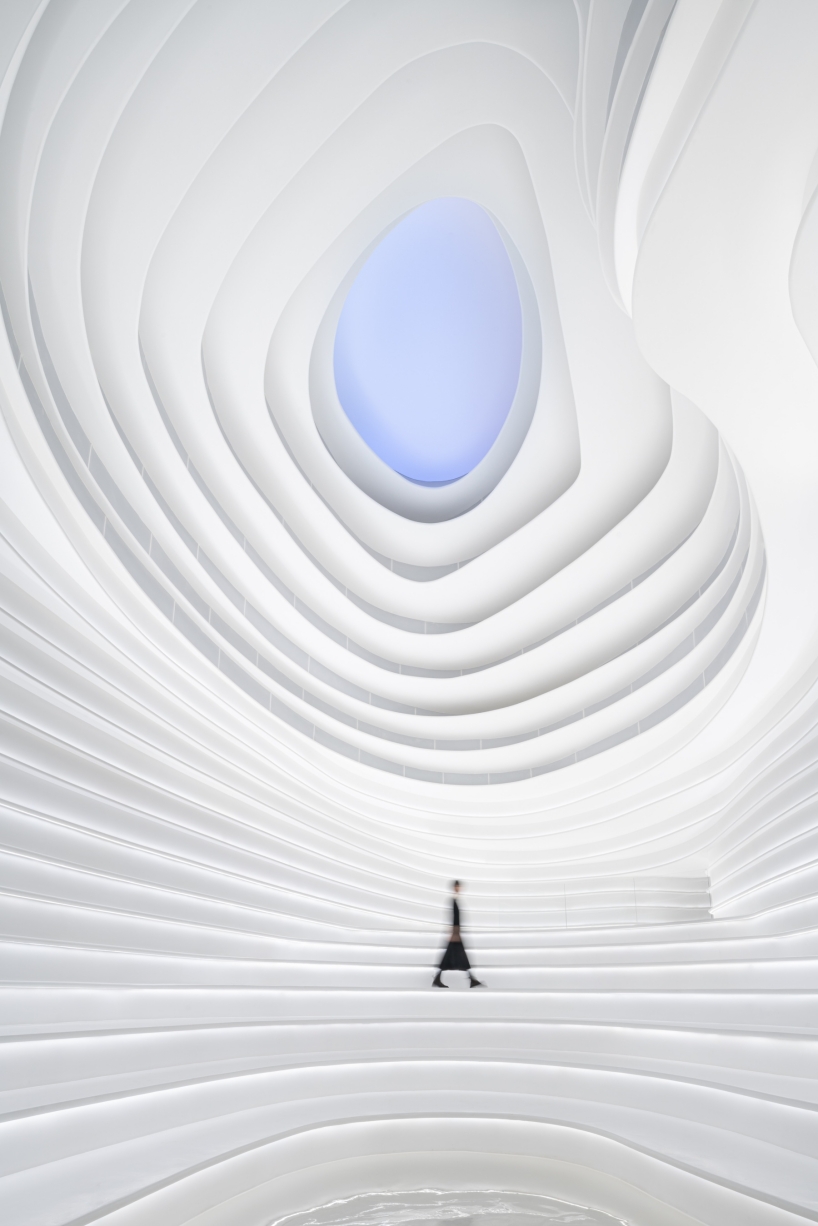 On both ends of the central wormhole, the space houses gallery spaces for agile programming needs. Unlike the wormhole, the galleries act as an anchor to the familiar. The grid present in the coffered ceiling is symbolic of shared consciousness. The walls of the galleries are plastered by hand, whereas the floors are made of polished epoxy. The rotating partition in the west gallery is used to configure spatial divisions, creating changing boundaries based on programming needs and occasions. In addition, the rotating partition is equipped with electrical sockets and a hidden water inlet to function as a bar or a coffee stand during events. The gallery spaces can be subdivided by automatic glass partitions hidden in a pocket wall. The pocket wall is built to be a half wall, so the coffered ceiling is allowed to extend beyond. 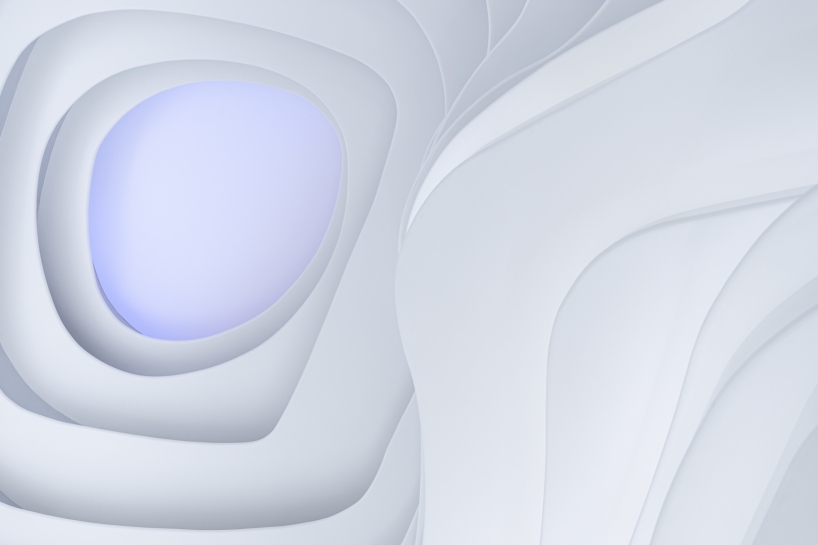 it invites the viewer to be suspended in a reality in which the viewer takes on the role of an intrusive explorer, actively trying to measure and interpret

Three freestanding tunnels take shape within the intermediate areas that separate the wormhole and the galleries, hovering slightly above the ground. The tunnels act like conveyor belts, linearly transporting those who travel through them.  As the visitor wanders through the dark tunnel, the darkness heightens their awareness, stretching and distorting their perception of time and space. According to the designers, the spaces are purposely designed to contain a blank slate, where any human presence can create their very own contexts and stories. 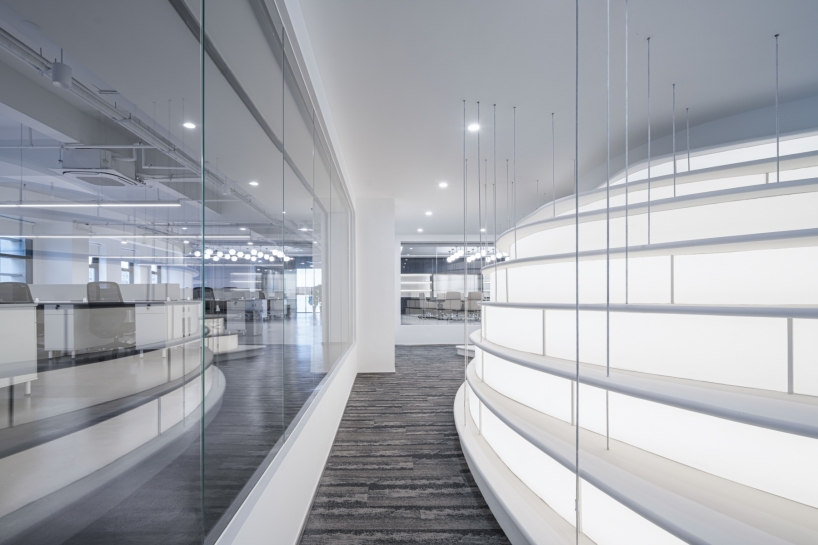 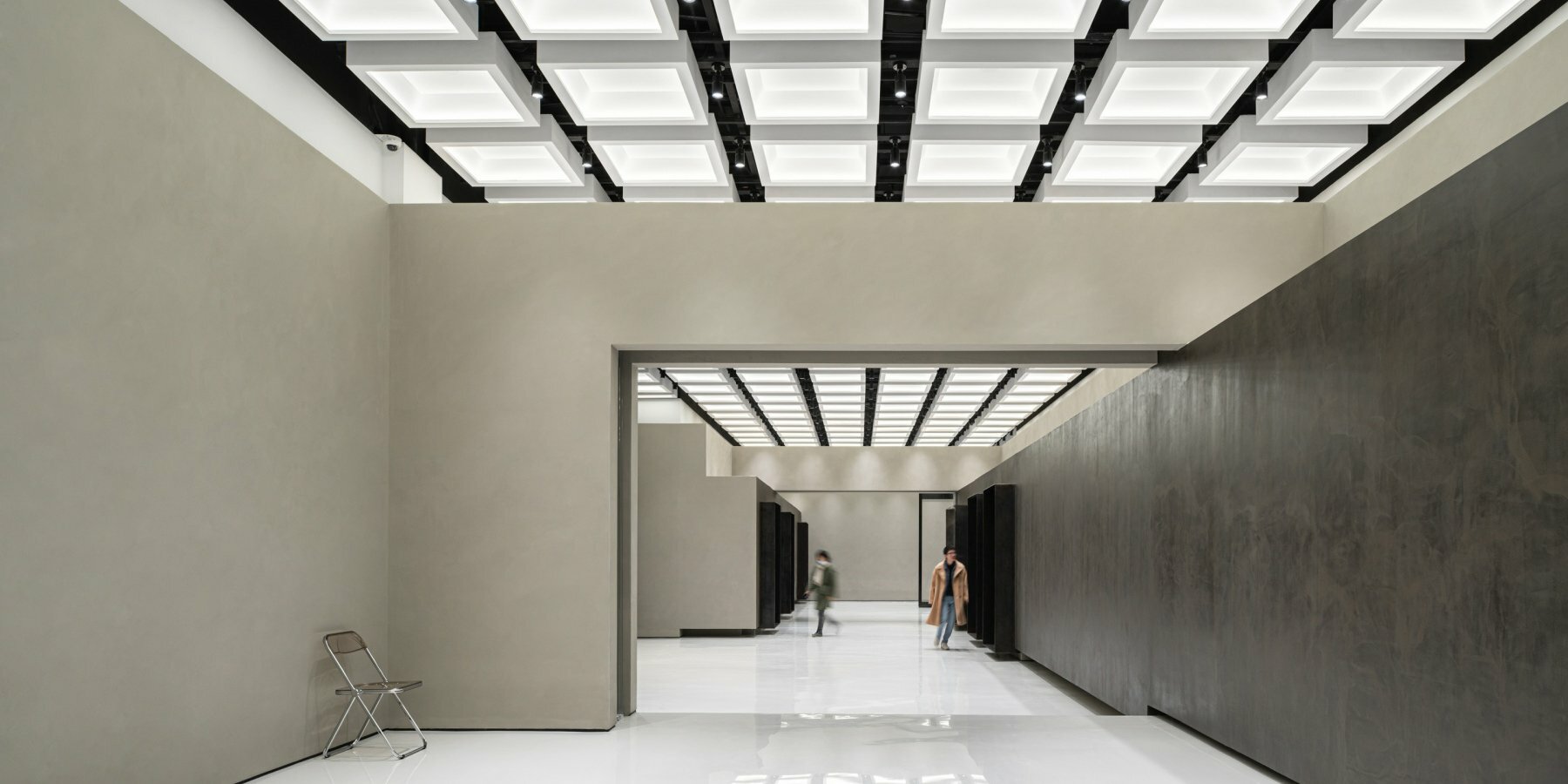 the walls of the galleries are plastered by hand, whereas the floors are made of a polished epoxy 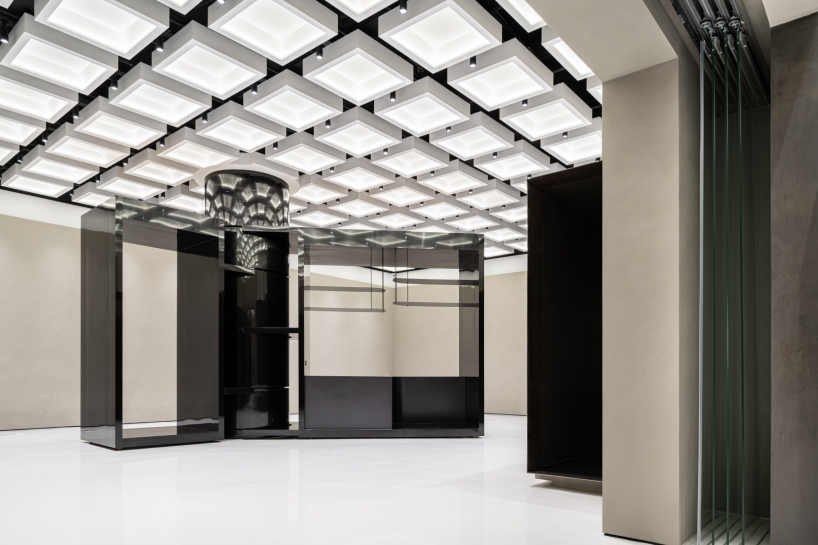 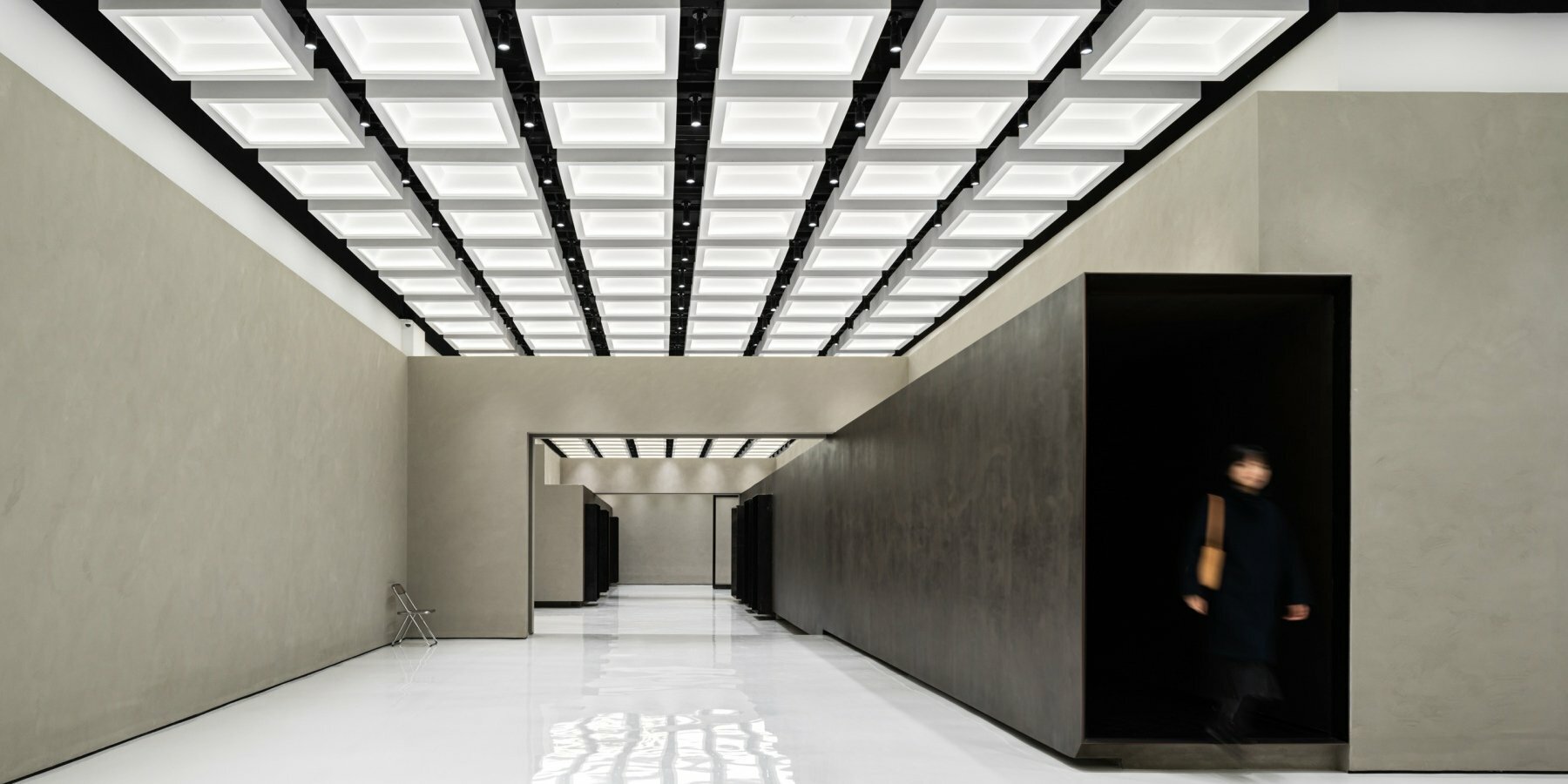 three freestanding tunnels exist within the ‘in between’ realms that separate the wormhole and the galleries, hovering slightly above the ground 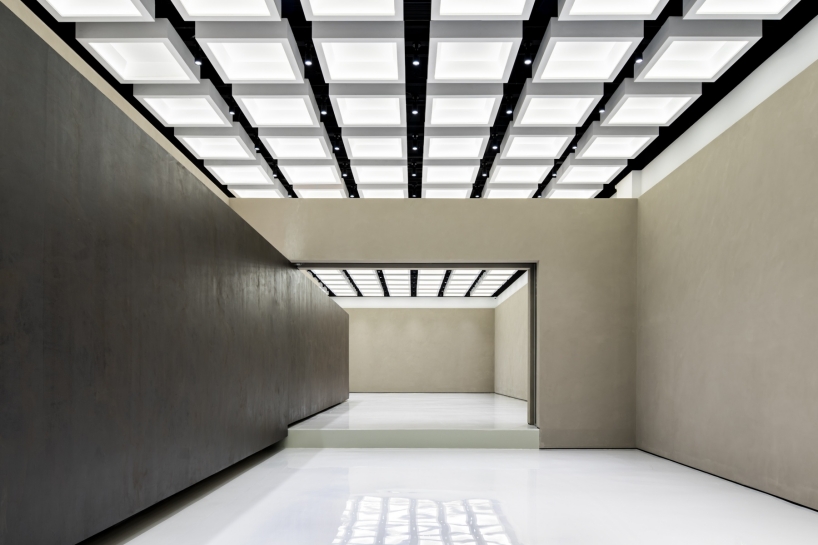 the grid is measured and standardized 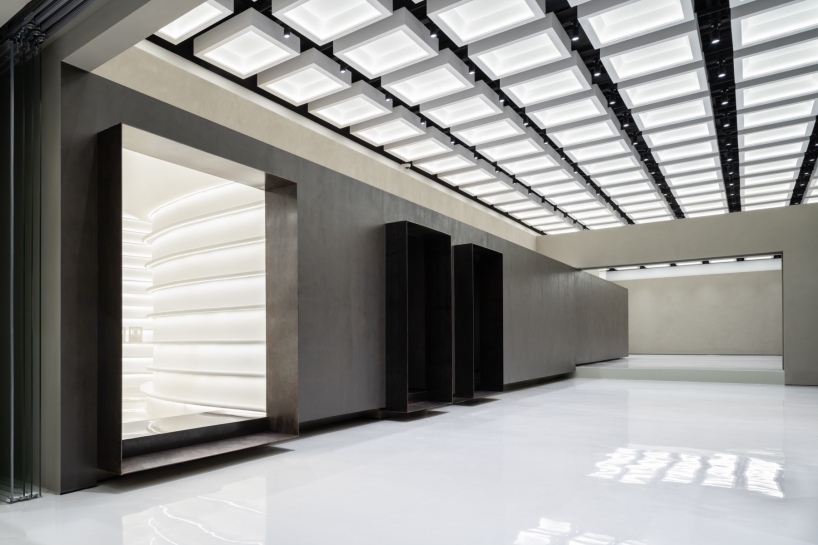 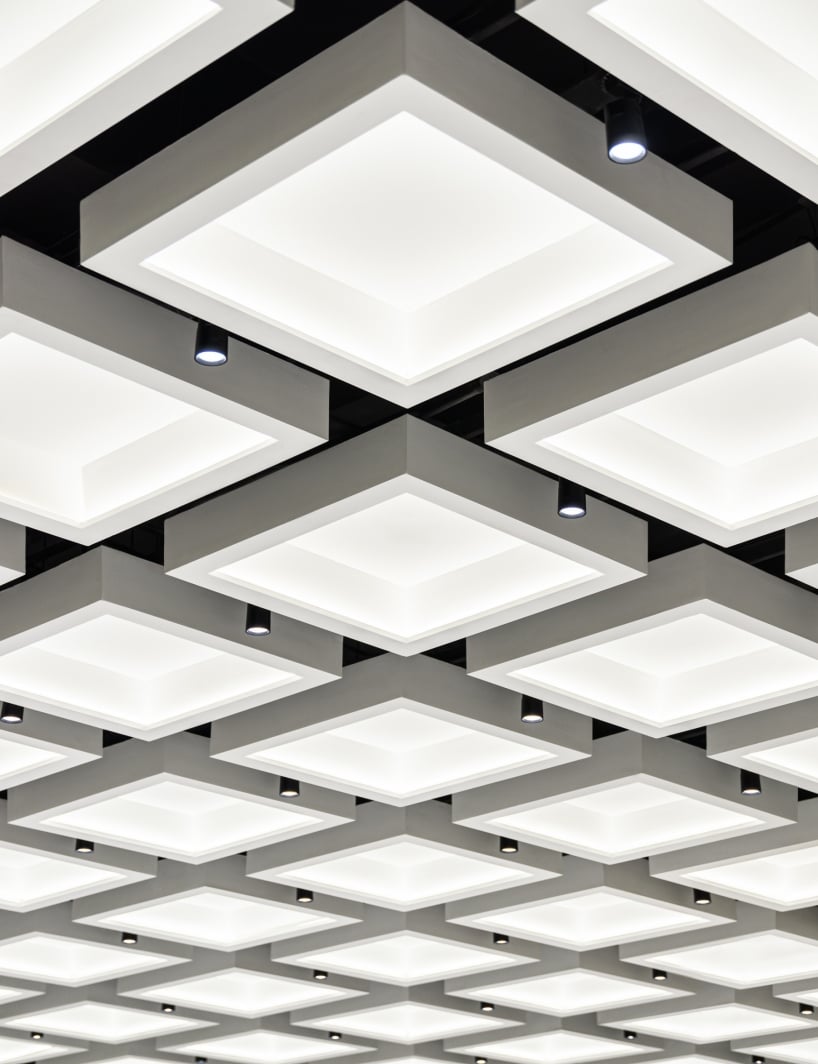 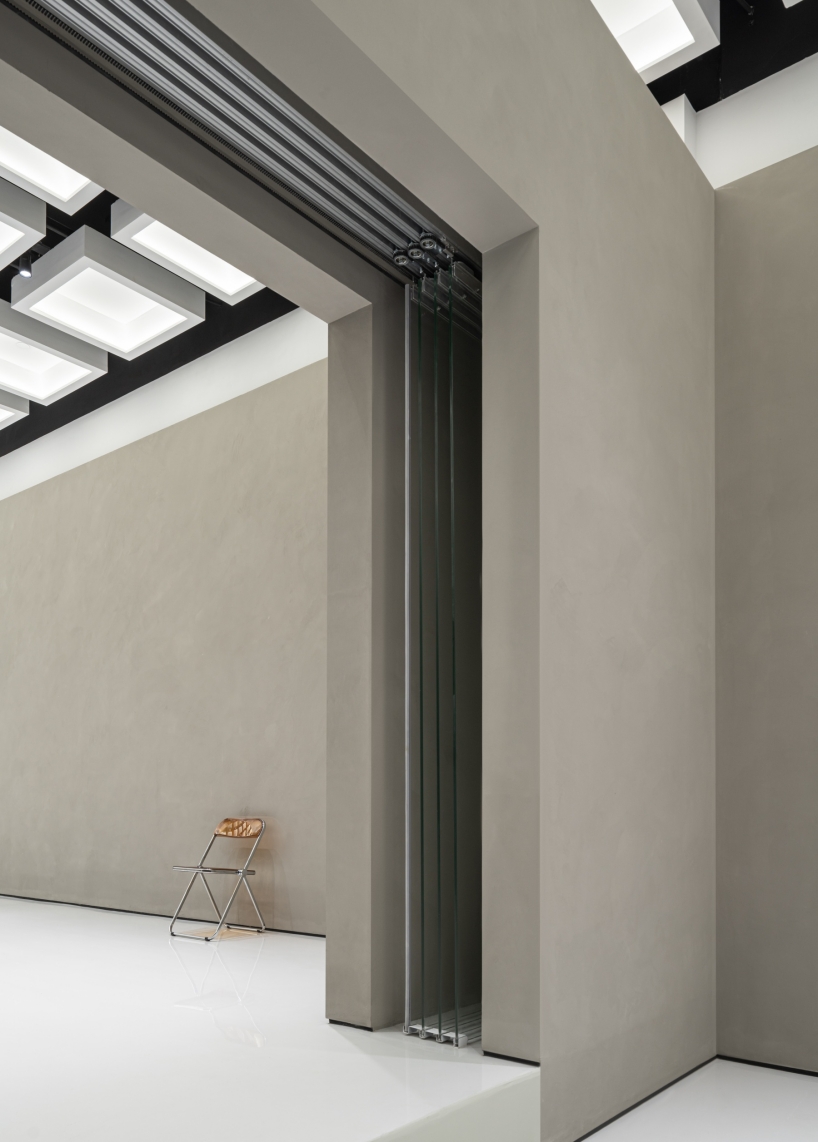 automatic glass partitions are hidden in a pocket wall 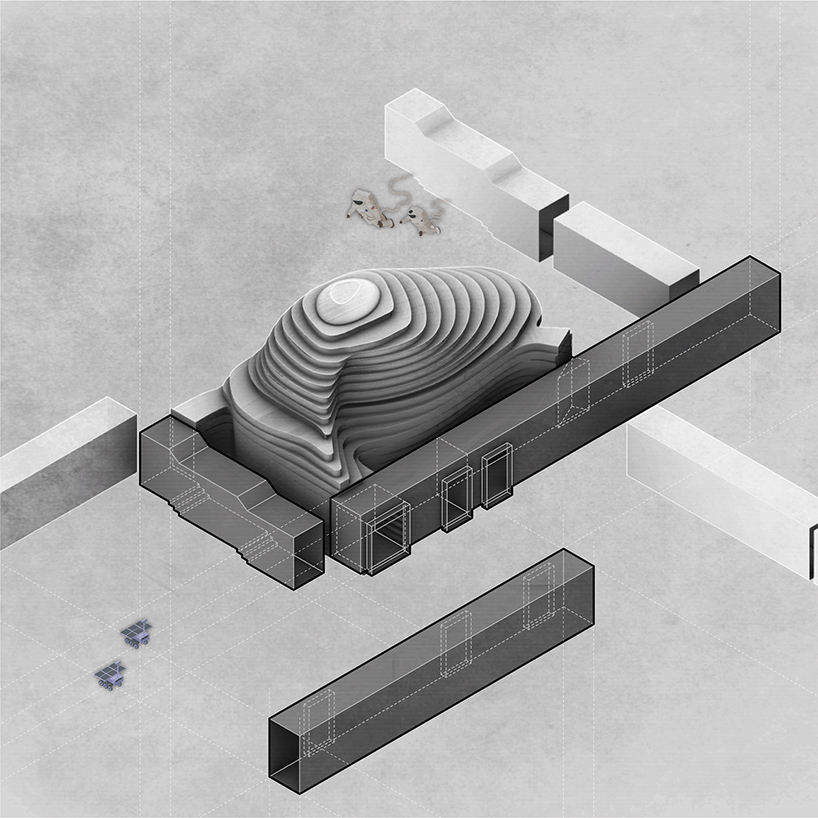 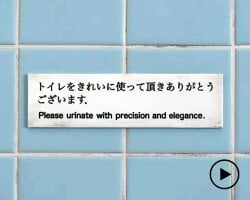