SCREW YOU; IT CAN BE BUILD – PETER COOK ON DRAWING BY HAND

as part of city landscapes — a solo exhibition on british avant-garde architect sir peter cook’s work —denmark’s louisiana museum has released a video titled screw you; it can be build. set within the architect’s london studio in january, the conversation between cook and marc-christoph wagner highlights the possible benefits of drawing by hand.

‘because I was not a natural drawer, I realized that I was determined to communicate ideas,’ says sir peter cook on the video. ‘I was arrogant enough to say: ‘I’m sorry, I’m not just going to sit at the back of the process and specify door handles; I’m going to be a creative architect.’ and so, you just bloody well had to do it like an artisan.’ 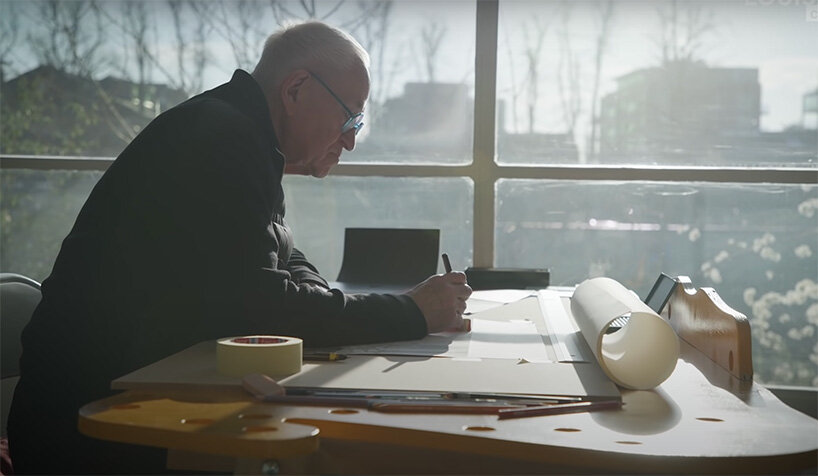 screenshots taken from the video by louisiana channel

PETER COOK, ONE OF THE MOST IMPORTANT ARCHITECTS OF OUR TIME

with his avante-garde theory and vision, now on display at louisiana museum of modern art (see here) — peter cook has made his mark as one of the most important architects of our time. his work as an architect lives mainly in drawings while the number of built projects, one being kunsthaus graz in austria, is less extensive. visions of the future are most clearly expressed and can best be discussed in drawings, cook contends. paper provides an ideal opportunity to shake up conventional notions of cities and life forms, free from the demands and obligations of concrete solutions and materials. 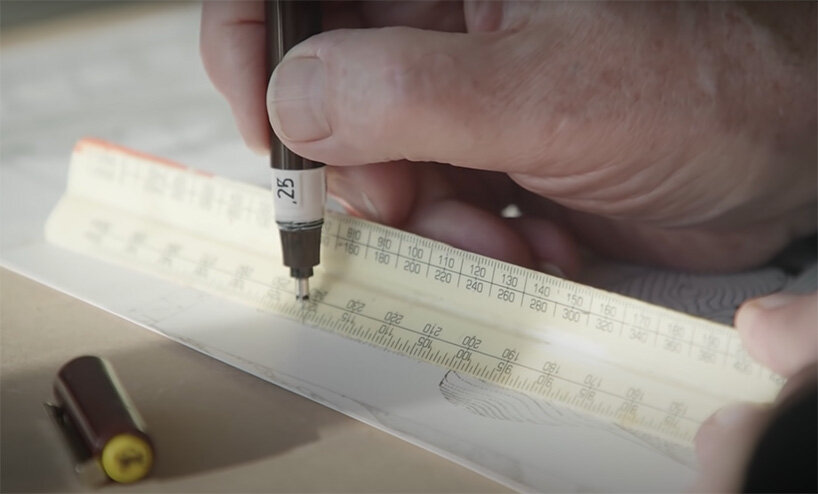 on the video, sir peter cook begins by saying there were two main reasons that drew him to architecture: ‘one was that my mother had been a frustrated artist… and the other thing was my father was an army officer who had contrived to stay in england… and I was taken as a little tiny kid to see grand houses which the army were then taking for paratroops and tanks. and then there was a very particular thing which was we often had tea or had to visit places and there would be an inevitable sort of hotel which would have an etching of the town… and I was fascinated by these usually horizontal engravings with the houses and church, and the castle… and I began to draw… and I would invent towns and somehow start to put more modern architecture.’ 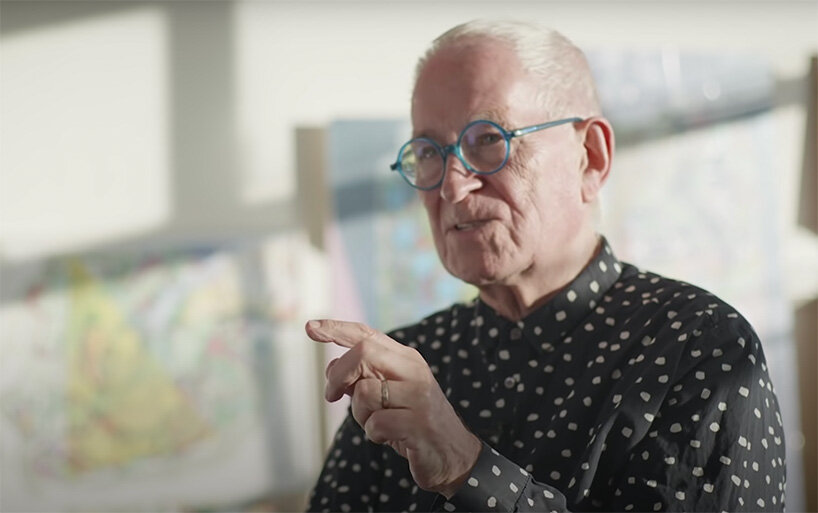 according to cook, the exhibited drawings can be seen as notes to architectural themes that have mattered to him. each is a collage of ideas and methods; attempts to communicate about architecture through drawing. the drawing technique has always grown out of the overall idea of ​​the project. all exhibited drawings are part of cook’s own collection, and the texts describing the drawings in the exhibition are written by cook himself. 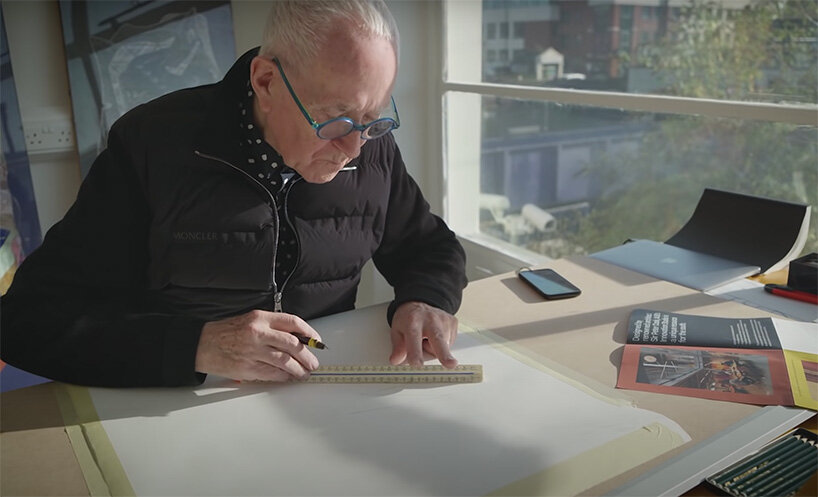 the video continues with cook explaining why he disagrees with critics calling his architectural ideas utopian: ‘by the critics and the regular people saying it’s utopian, you put it into a pigeonhole that says: ‘oh, those sorts of architects are utopian, but we are normal architects.’ so, the delight I get out of doing buildings is to say: screw you, it can be build.’ 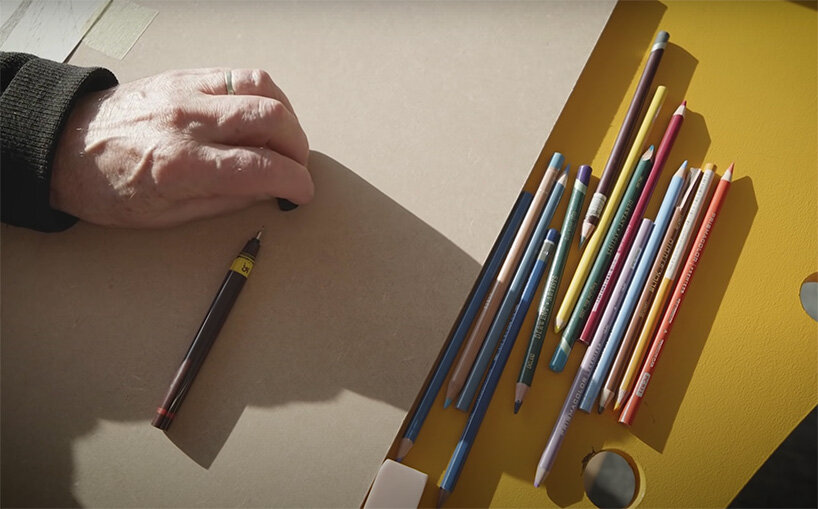 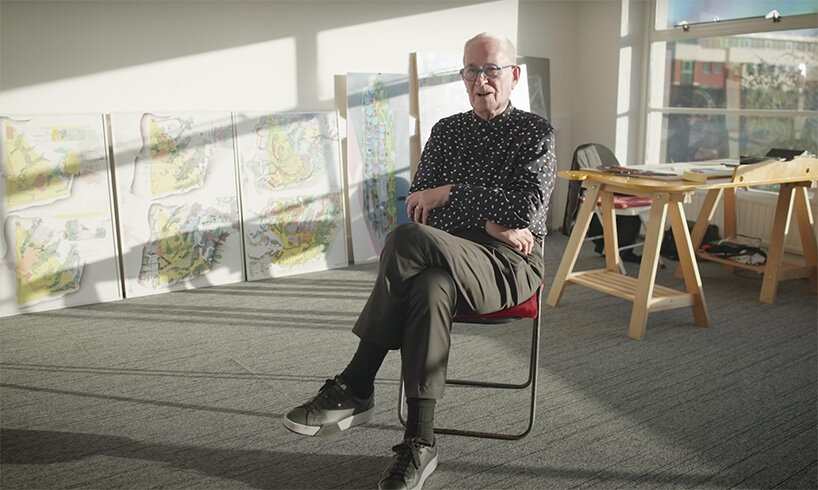