as part of the archmoscow exhibition in may 2019, russian architecture firm maxim kashin presents its SKYCHROME pavilion. the work aims to immerse the visitor into an abstract, objectless atmosphere with an occupiable collection of volumes organized to express the ideals of the early 20th century russian suprematist movement. this movement demonstrates the superiority of color over form and the pure geometry of space, free from functional and semantic implications. 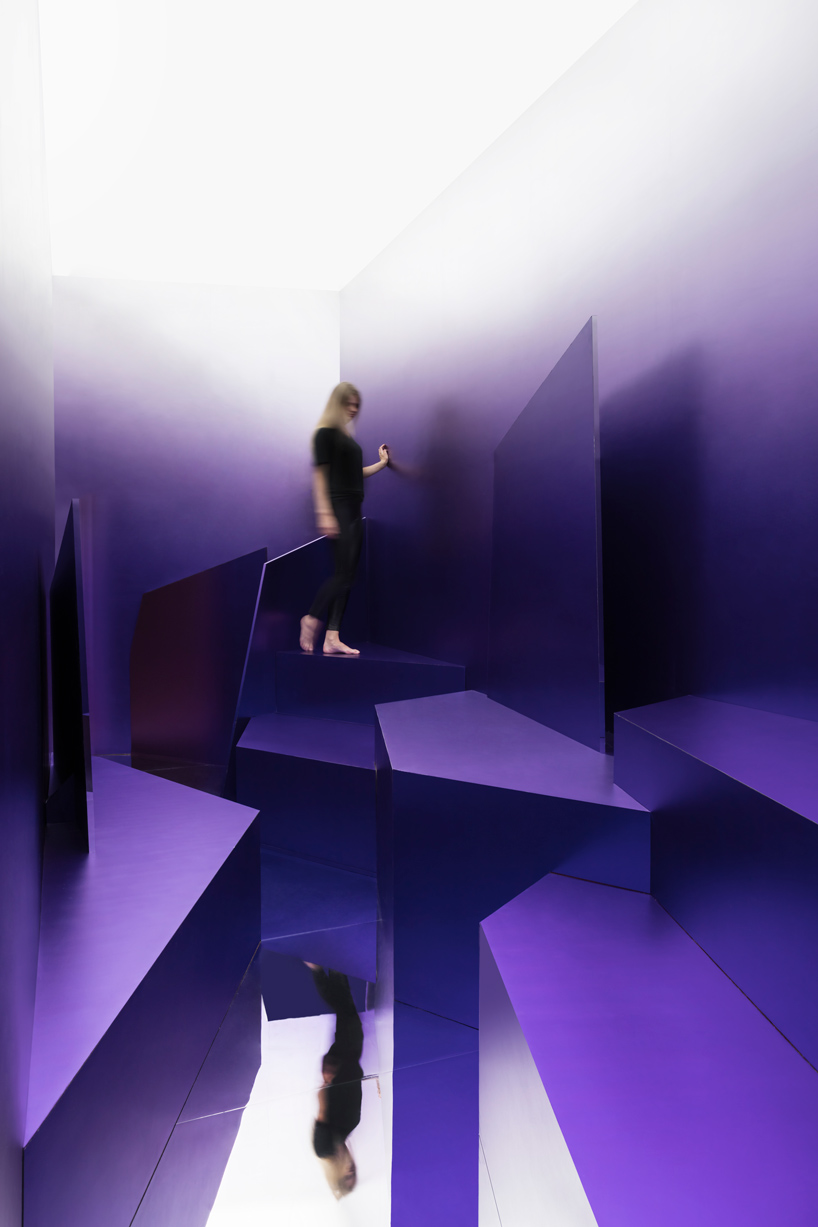 architect maxim kashin makes use of the fundamental ideas of suprematism in an investigation toward a truly abstract space. while the SKYCHROME pavilion at archmoscow seeks to introduce a new experience that is free from both form and function, the architect comments: ”suprem’ means dominance in latin and this is a perfect word to describe the supremacy of color over the form and space, that is used by everyone to limit himself or herself. creating the concept of the interior design I used this theory as the main idea to create a space where people may feel free, I also wanted to design a space that influences the perception of regular forms.’ 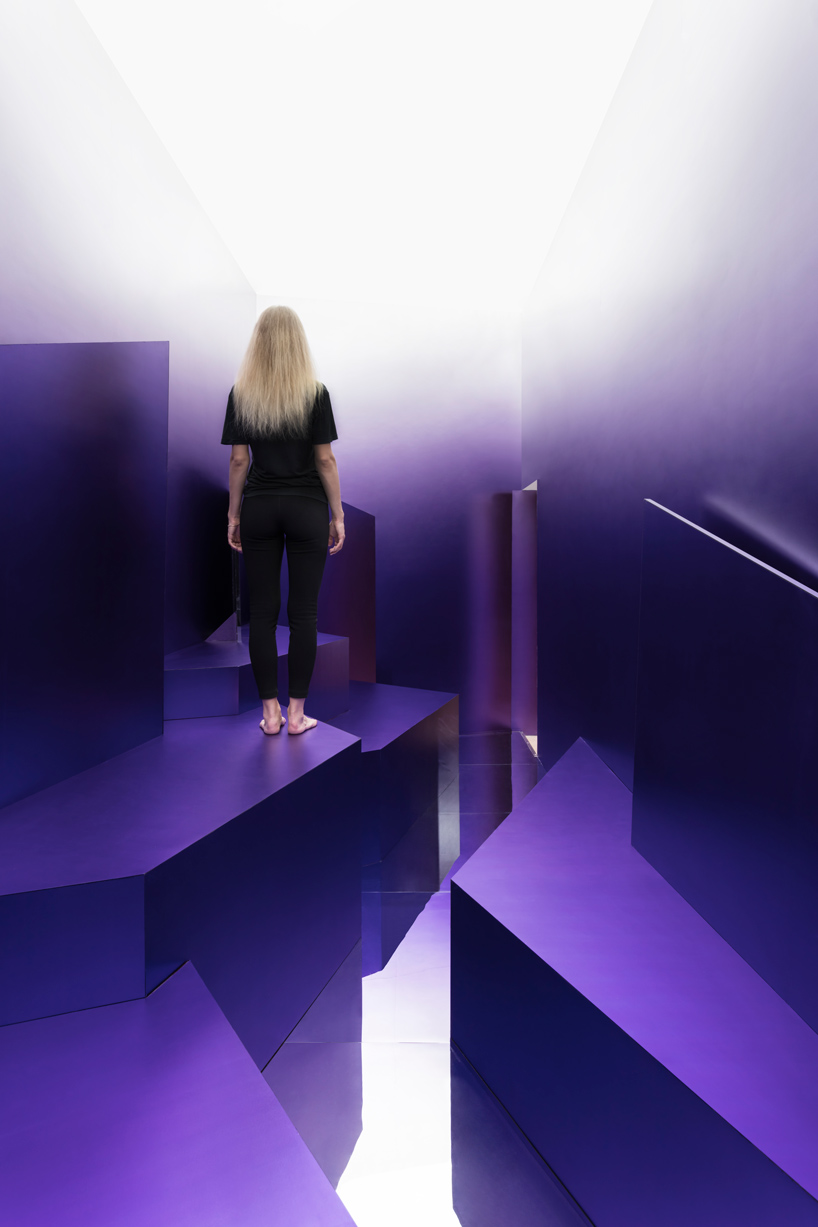 the monochromatic SKYCHROME pavilion boldly expresses an hypnotic purple gradient, where a single darker hue gradually fades, flowing into the lighter. the immersive use of color generates a strange new perception of the space with an exaggerated three-dimensionality. the pavilion is comprised primarily of such geometric volumes as triangles and rectangles, organized on varying levels to create an immersive and occupiable volume, with an emphasis on the effect of the color gradient. visitors engaging with the space notice the mirrored surfaces of the floor and ceiling which serve to enlarge the atmosphere contained within a sixteen square meter box. the designer continues: ‘I decided to work with only one color to strengthen the feeling of abstract space and to focus visitor’s attention on this only.’ 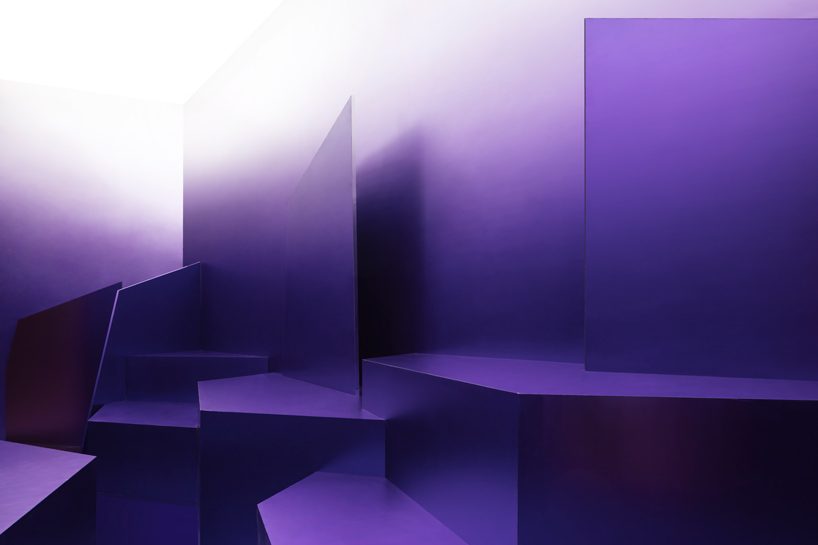 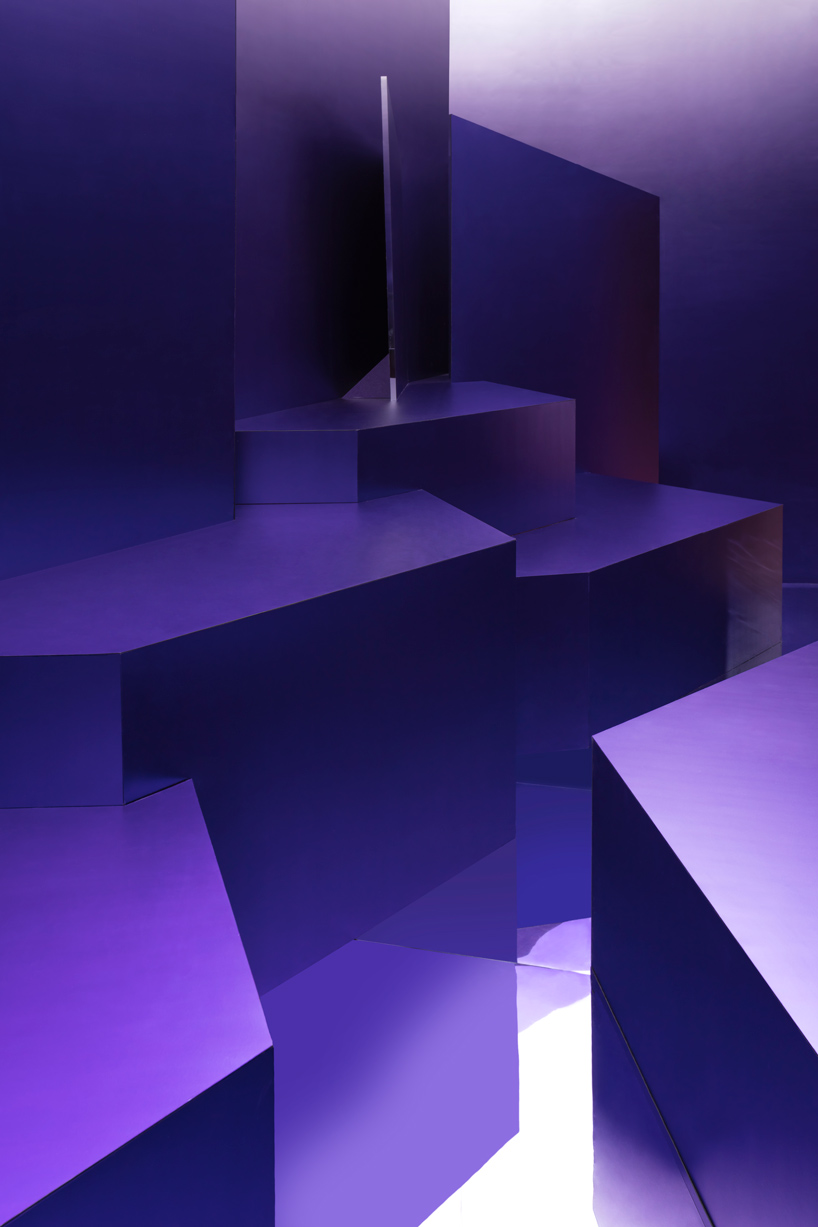 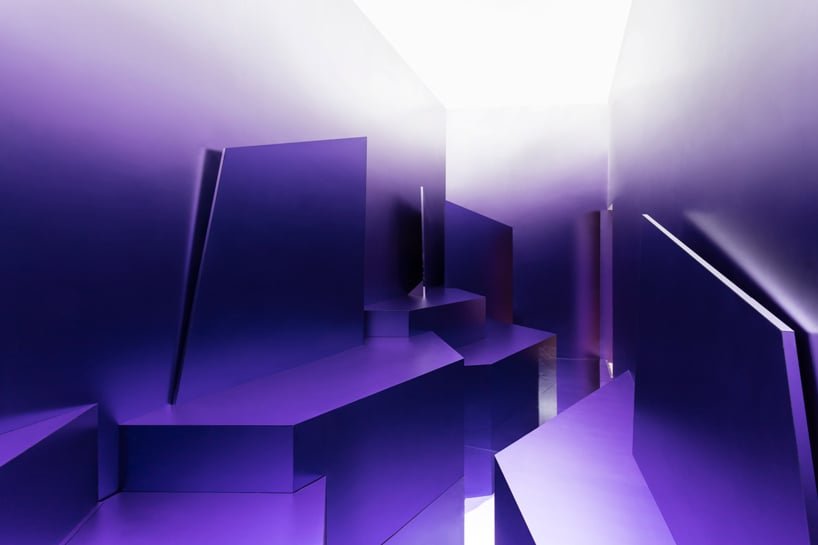 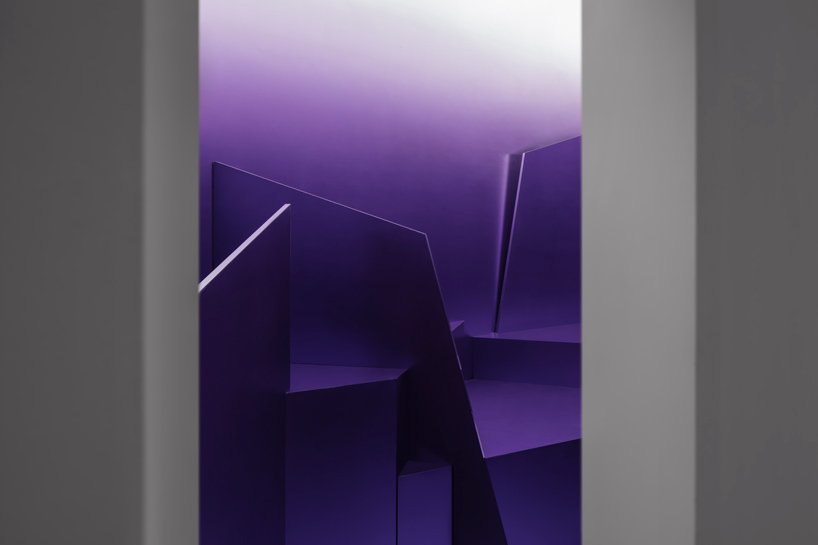 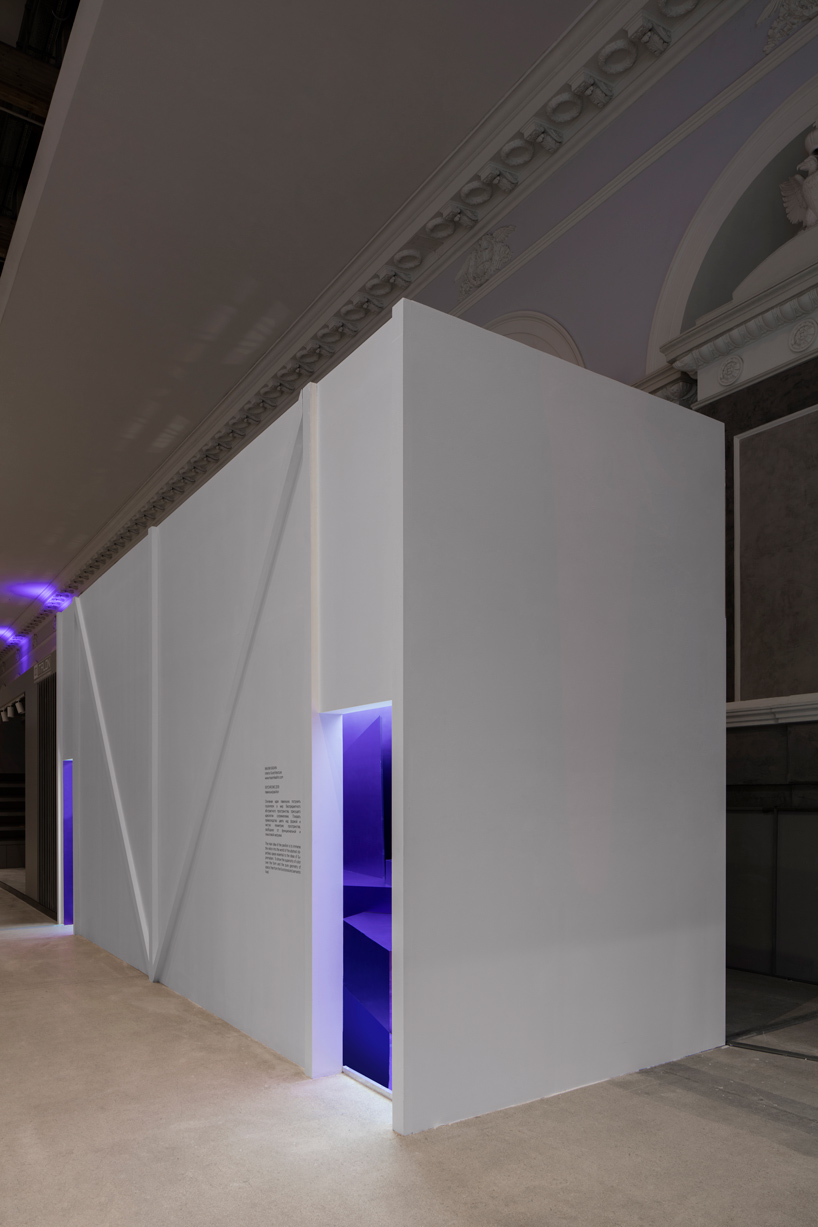