all images courtesy of eVolo

while the first place winner of eVolo‘s 2013 skyscraper competition posited buoyant umbrellas as a restorative measure for the polar ice caps, the second and third place entries proposed significant ideas to local climate issues. the third place proposal addressed the rapid and exponential population growth of beijing with a building that floats above land and frees the crowded city’s groundplane. this ‘light park’ stays afloat using a capped helium balloon at its zenith and solar powered propellers along a central axis. these platforms would contain a veritable metropolitan program, complete with parks, sports fields, green houses and restaurants. bound by steel cables, the blades are directed to balance the floating form. designers sought to ‘mitigate the pollution that comes with increased development’ by creating high-performance architecture– a building that is a filter, cleanser and liberator. 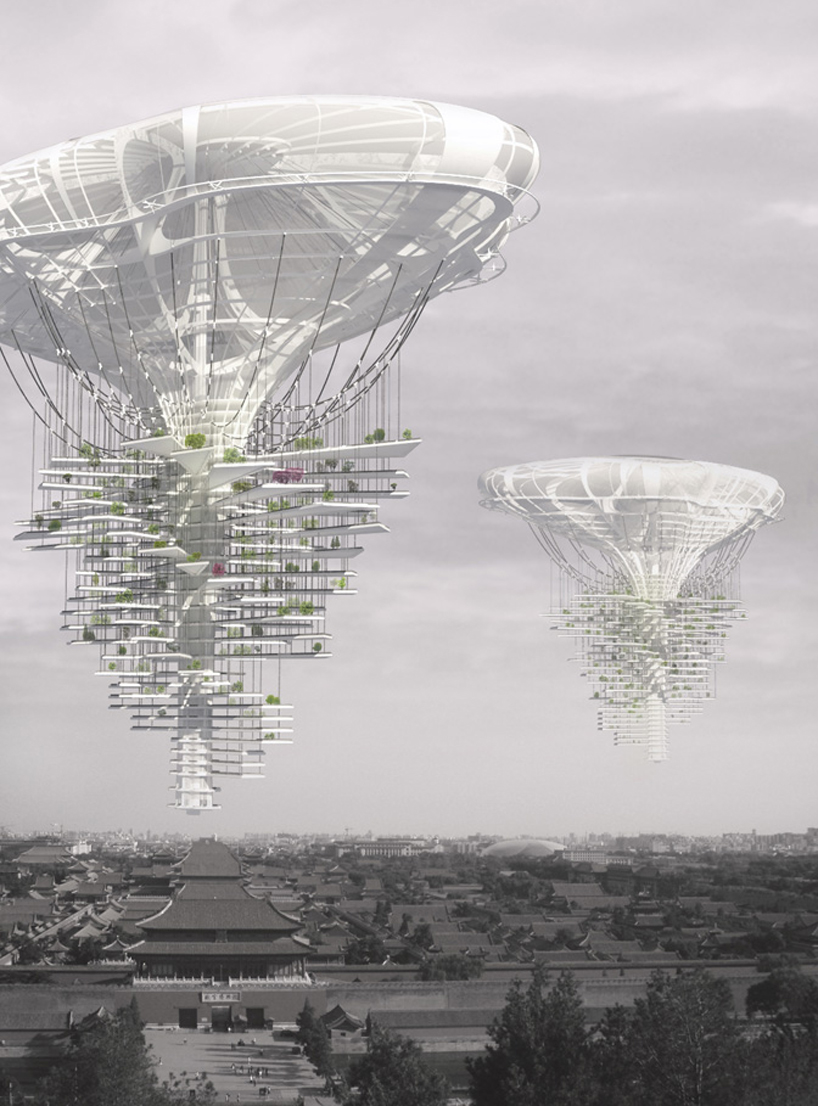 the building would hover above the city

diagram of the benefits

diagrams of the ‘green features’ of the skyscraper 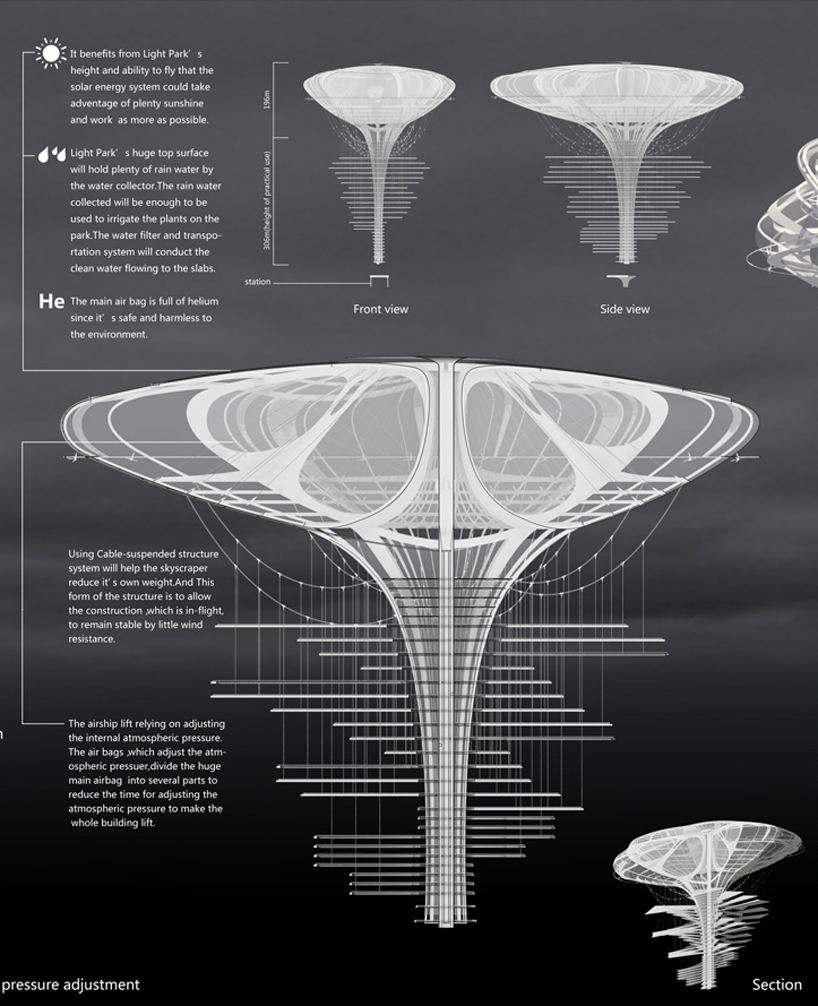 rain water collection devices that direct precipitation throughout the structure.

the second place entry tackled issue of waste generation and recycling in suburban paris using a modular suburban residential development. located over the former industrial site of ‘peitie ceinture’, the views of the city are maximized by a dematerialized built form comprised of ever-changing byproducts of urban life. prefabricated units contain the materials of abandonment and leftovers from recycling and use the stacked containers as a viable building material. common green spaces are fitted with displays that provide real-time feedback on issues within the community and occupancy rates of the structure. the proposal also calls for water-collection equipment and solar panels. 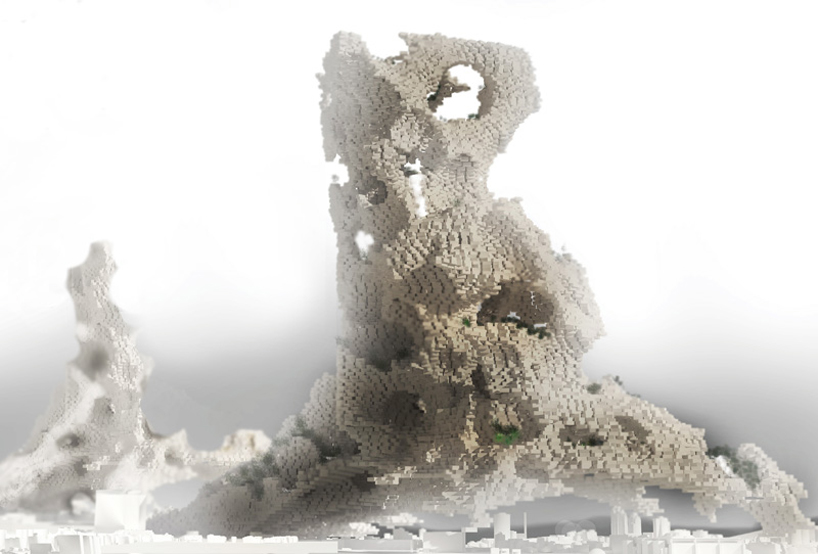 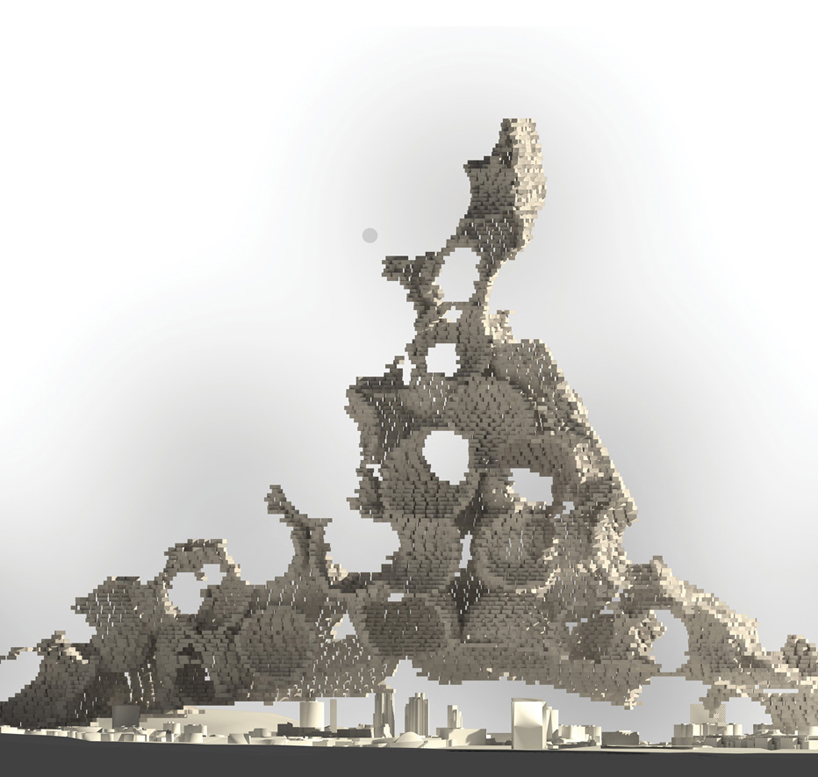 the form is made of stacked, prefabricates containers that hold industrial byproducts 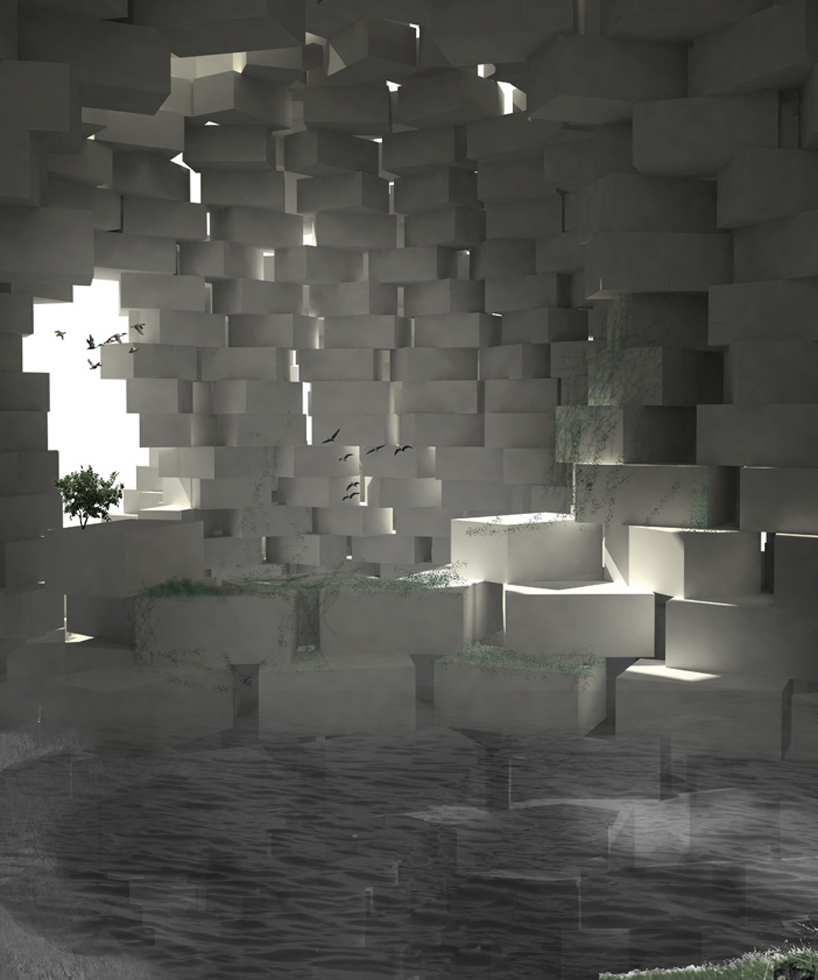 spaces are made by the compositions of the modules 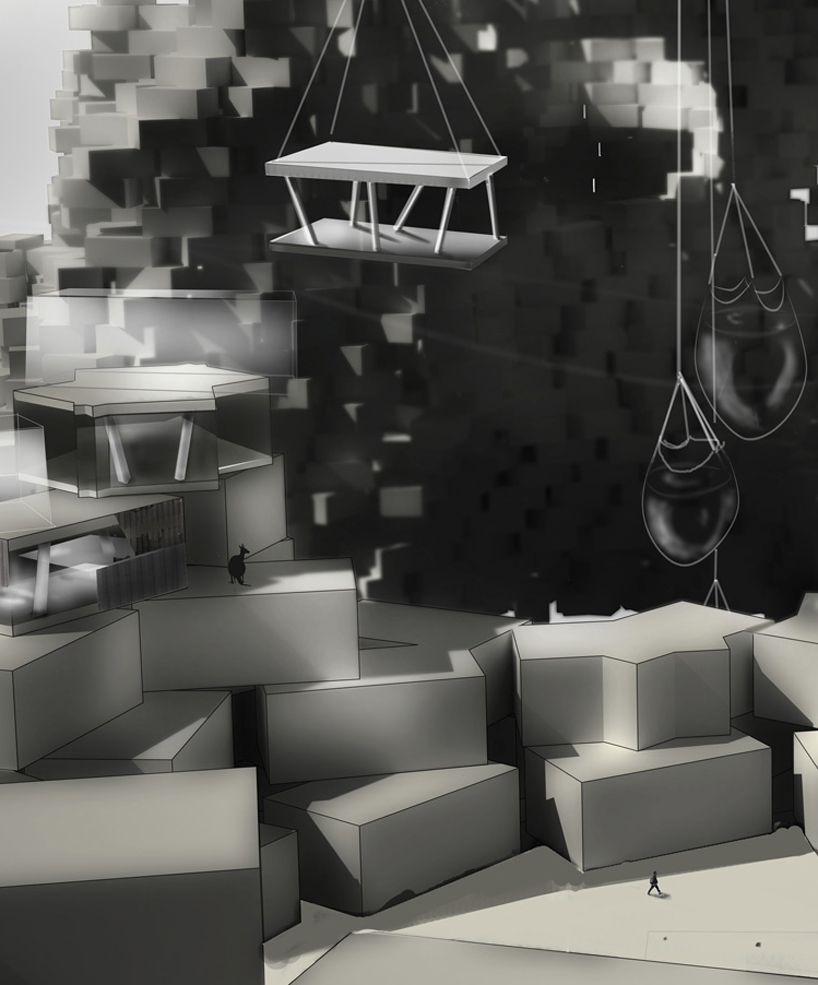 iterations of the modules and movement mechanisms

the skyscraper operates under the notion of urban regeneration