drawing from the warm, orange roofscapes of the hilly historic town of medina sidonia, sevilla-based sol89 designed a cooking school within the architectural bones of an ancient slaughterhouse. the vernacular architectonic makeup of cadiz consists of high white walls and ceramic roof tiles, but the slaughterhouse afforded a dichotomy of spaces that at once proved striking and challenging in their specificity. the central courtyard was once used as a holding plot for the cattle, while the heaviness of the surrounding masonry was interjected with aged phoenician columns. the project aimed at reclaiming the open plot with a tiled roof that creates new geometries for the building while still reflecting the local architectural language. the new roof unifies a program that includes didactic kitchen and classroom spaces along with a public dining hall and bar. the courtyard houses an edible garden and the historical perimeter of the structure is now a series of ancillary spaces connected by circulation. contact between the existing building and new intervention is primarily manifested in a sliver of diffused light, having been engineered to reduce the load on the original masonry. the folded roof additionally allows natural light and ventilation to filter the numerous kitchens and small patios, which are extensively glazed for public viewership. restaurant goers can peer through original brickwork through generous windows at the student chefs. the architects sought to create a ‘gradient of public space’ in keeping with the service-oriented art of cooking. the movement of the public is dictated by the roof’s allowance of light, itself a rhythmic pattern of shaded and sunlit spaces that enhance the natural porousness of the existing building. this is an architecture of restraint– the majority of rejuvenating gesture keeps within traditional construction techniques. the floor is a meeting of contemporary materials and ancient formwork, most notably in the floor which replaced crumbling stones with concrete slabs and elegantly grained wood. the school’s walls retain the rustic white lime mortar in keep with the tiled roof cap, forever keeping the vestiges of the old slaughterhouse, or matadero, contained within.

the ‘cooking school in matadero’ was recently awarded the winner of the 11th tile of spain awards in architecture and interior design at CEVISAMA 2013 – the international exhibition for architectural ceramics, bathroom equipment, natural stone, raw materials, glazes, frits and machinery – in valencia, spain. 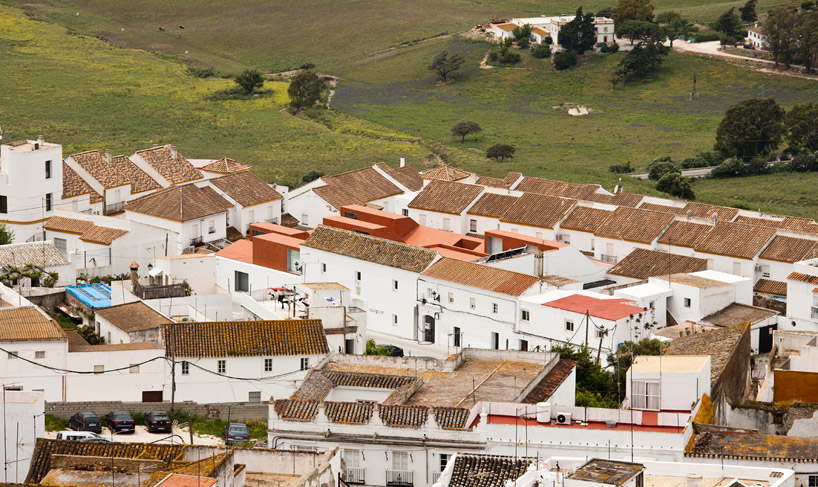 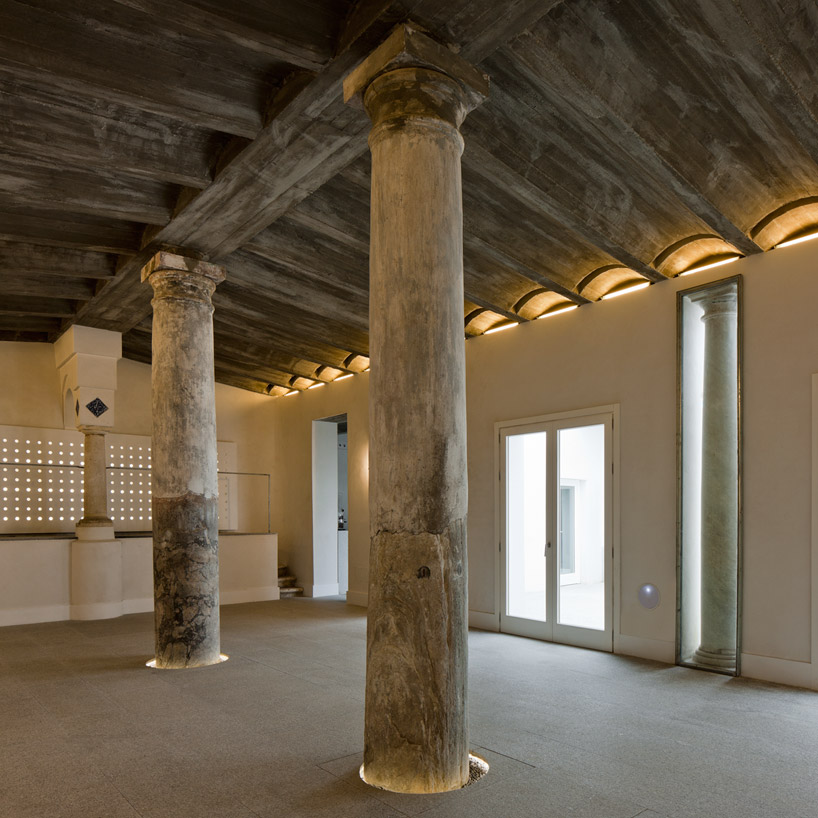 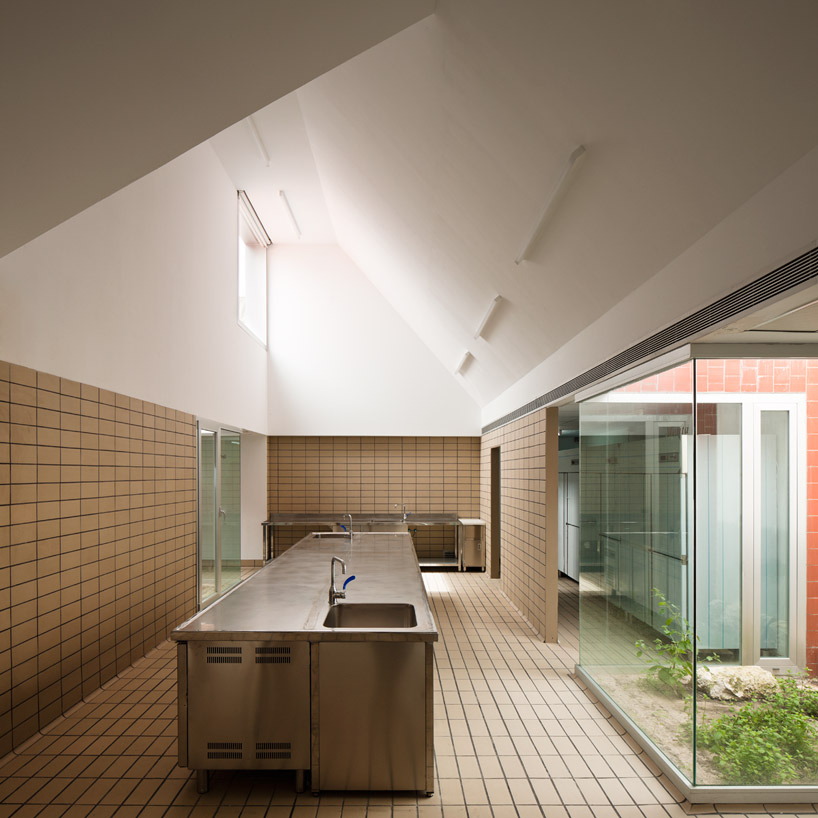 student kitchens are punctuated with atria and natural light 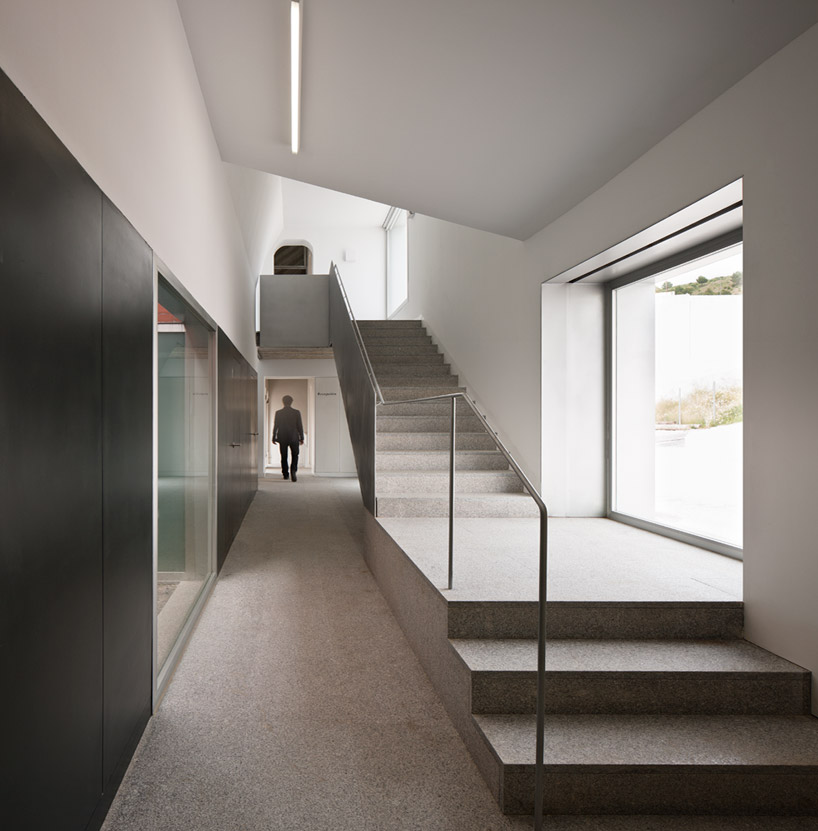 a view to an interior corridor 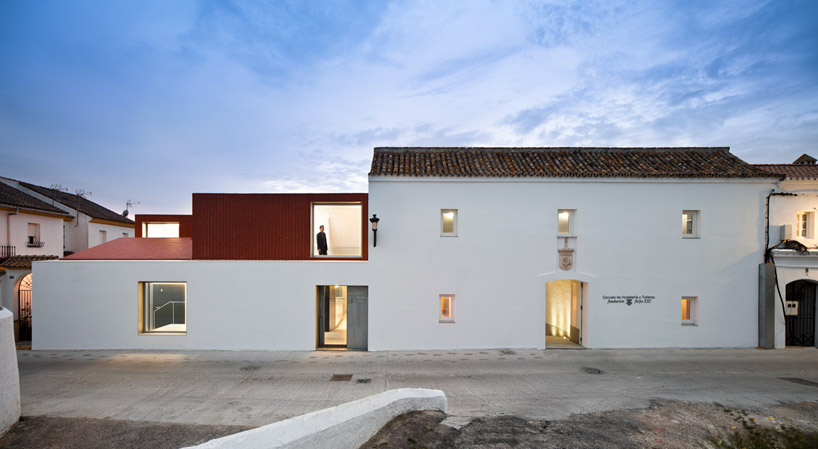 the tiled roof and lime-white walls at night 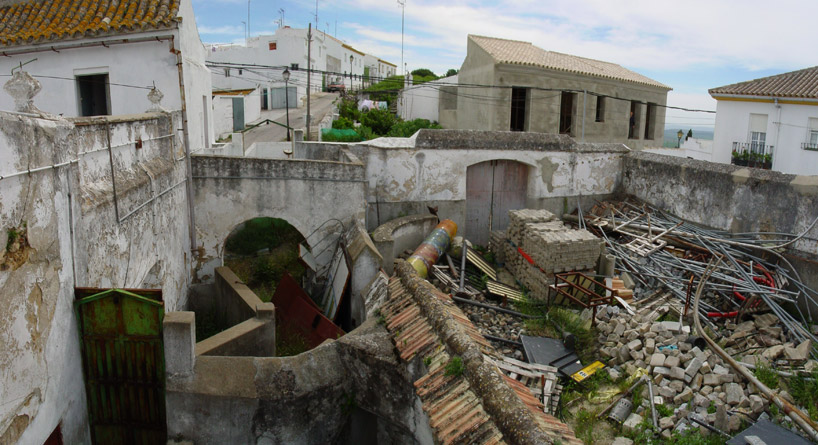 the dilapidated interior courtyard of the slaughterhouse before renovation 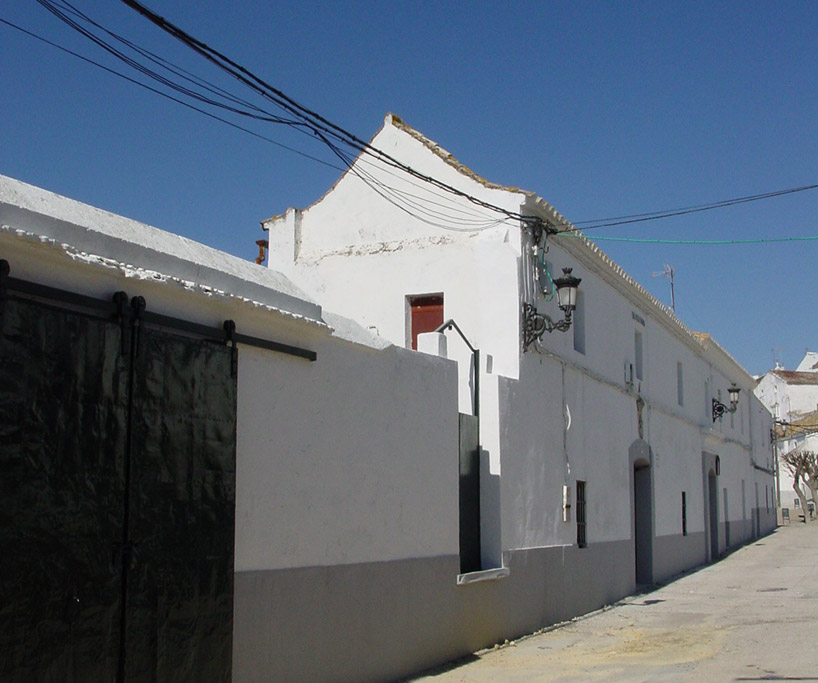 the high-walled slaughterhouse before the intervention 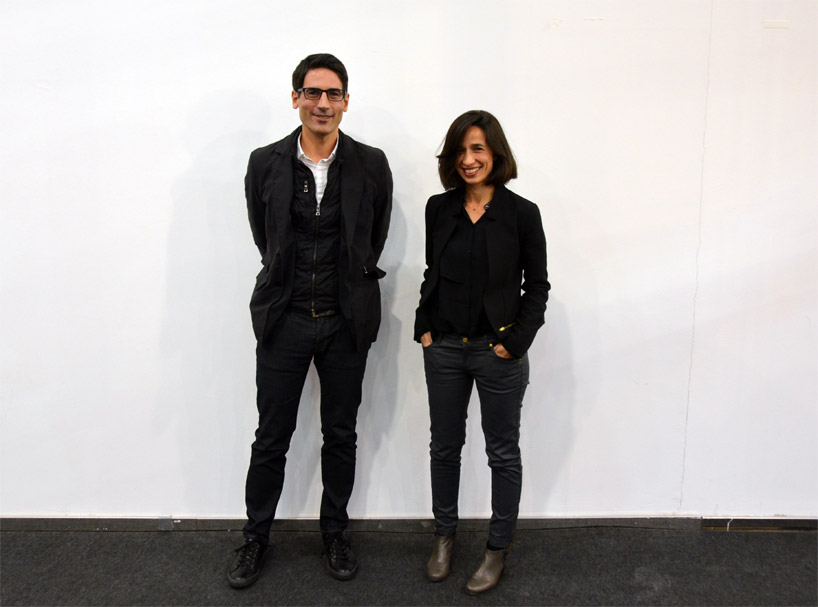 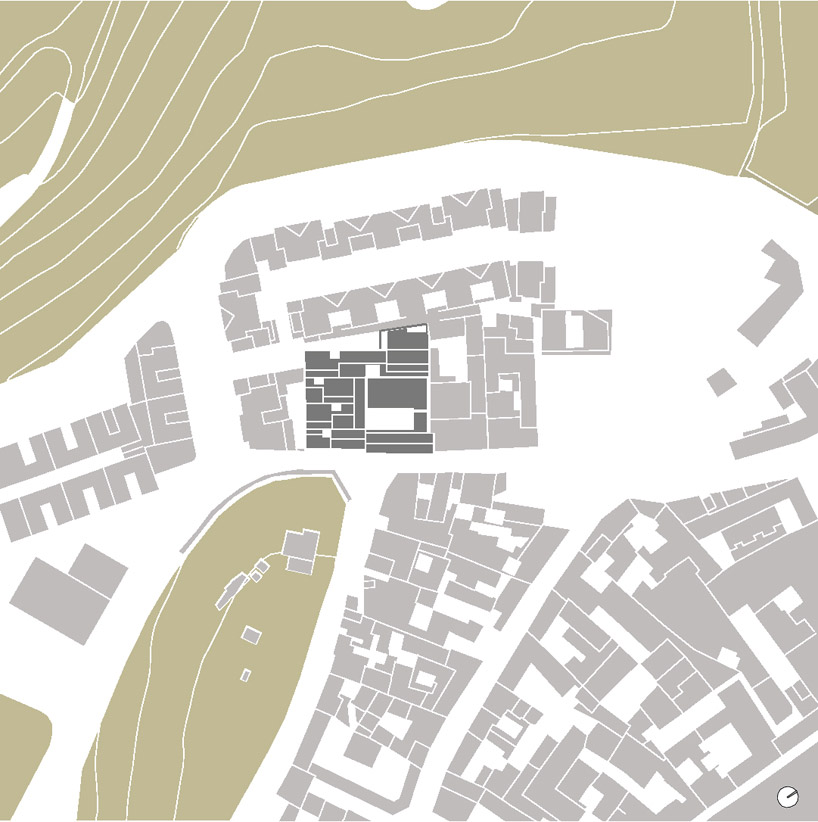 original plan of the slaughterhouse 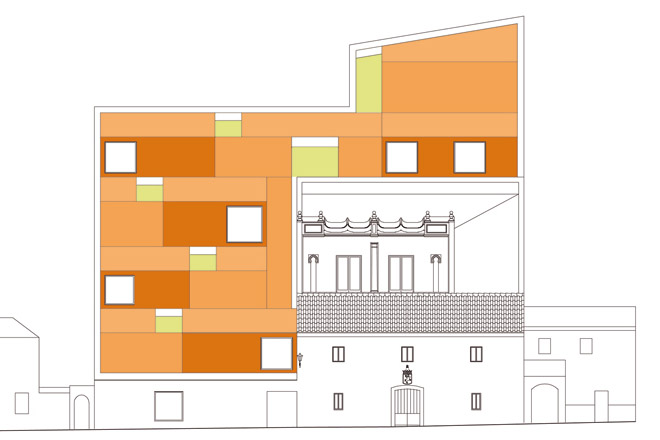 axonomteric diagram of the roof covering 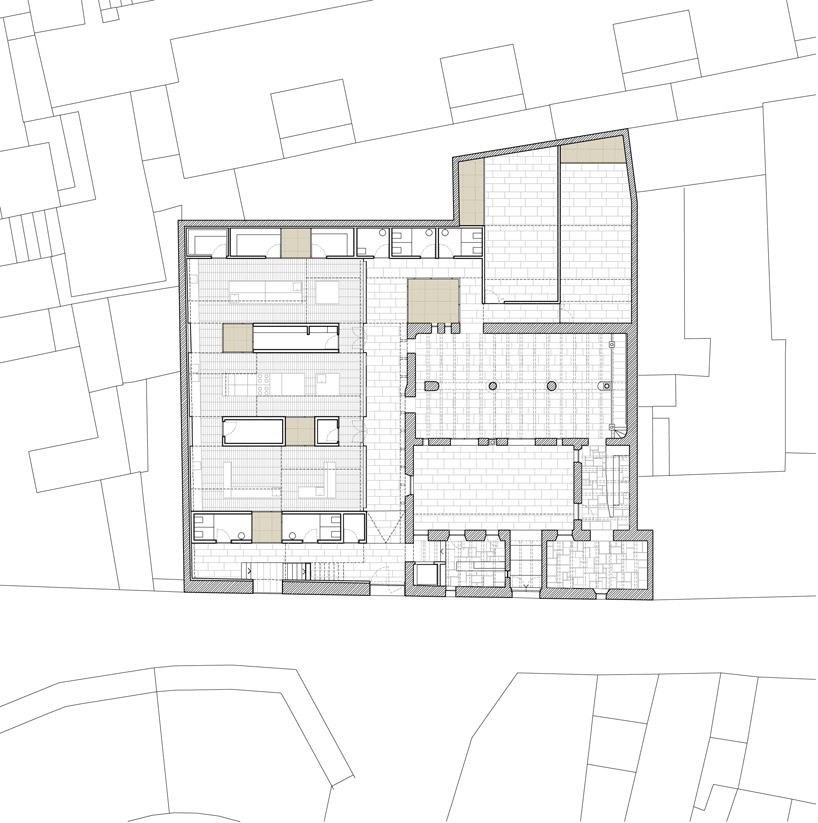 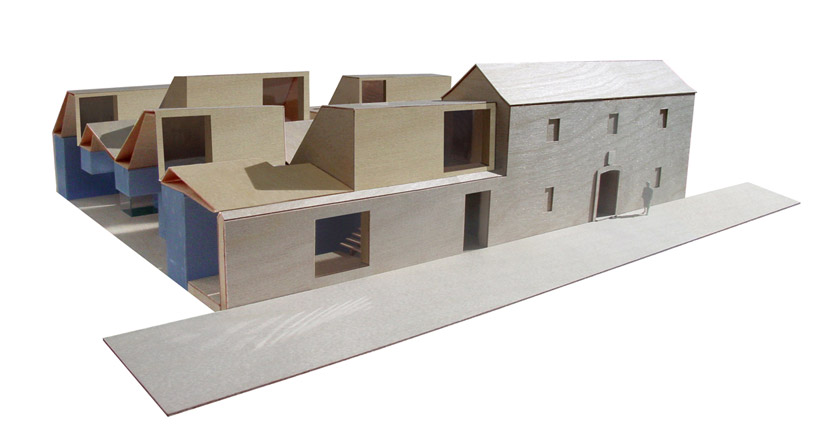 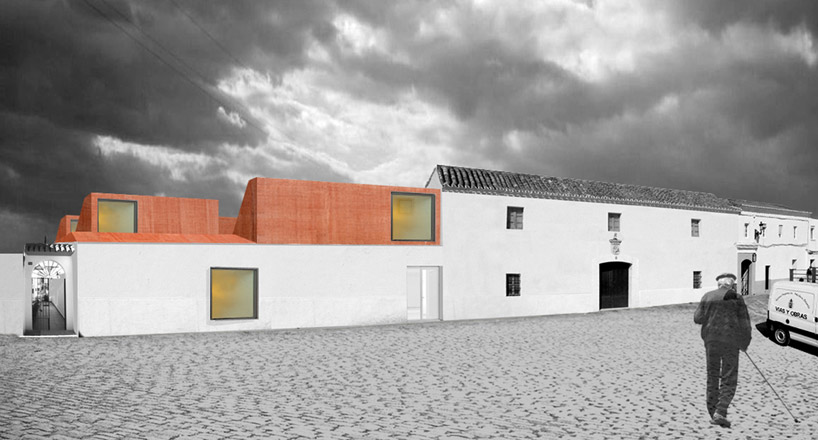 sketch diagram of the school in context 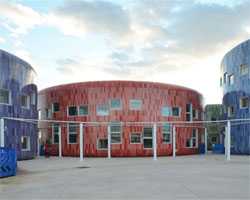