‘SLIDES’ (‘sustainable, livable, and interactive design’) house concept, designed by a student team at the american university in cairo and to be presented at the solar decathalon europe 2012

the ‘SLIDES‘ (‘sustainable, livable, and interactive design’) house concept by a team of architecture and engineering students at the american university in cairo (AUC) is a solar-powered living structure designed to address local sustainability challenges while offering an aesthetic that draws heavily on the region’s traditional architecture and design. the AUC team is be the first middle eastern and african university team to compete in the european solar decathlon, held in june 2012, which challenges teams to design a fully functional 21st century home that benefits from the highest efficiency of solar power and sustainability.

the ‘SLIDES’ house is a net zero energy structure, utilizing photovoltaic cells and solar thermal roof panels. the house is designed specifically to address the major challenges that egypt’s climate poses for sustainability: the need for a cooling system in the hot weather, and regional water shortages.  ‘SLIDES’ maximizes the use of natural ventilation and cooling, reducing the need for electrically-powered air-conditioning. a grey water filtration system recycles already used water to functions like drip irrigation and toilets.

the designers describe the house structure as a ‘matchbox’, whose interlain segments can slide in and out to regulate solar gain and shade. a double-layered perforated facade fits over the structure, regulating sunlight penetration while offering a contemporary interpretation of mashrabiya, the latticework windows traditional to arabic architecture. as the two layers of these perforated panels slide along one another, different amounts of light are permitted to enter the structure. 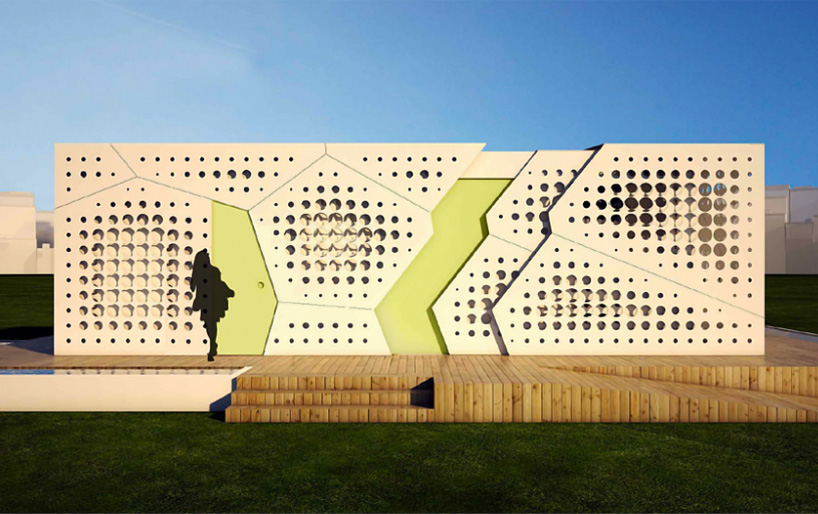 ‘SLIDES’ is founded on a passive heating and cooling system. during the summertime, the screen is kept closed by day to minimize heat entering the interior, while a ventilation outlet in the building’s ceiling provides an escape for hot air. at night, the windows are opened to permit the circulation of fresh air. during winter, the repositionable screen is moved to the open position to maximize solar gain and heat absorption, while at night heat stored in the thermal mass flooring is used to heat the interior space.

the design team has developed a fiber reinforced polymer for use in the building’s construction, composed of recycled plastic bags and wood waste. the team is also exploring the use of traditional papyrus for the creation of the movable screen. the building’s exterior design is based on the interlocking stones of ancient egyptian construction. full view of the house when ‘closed’ 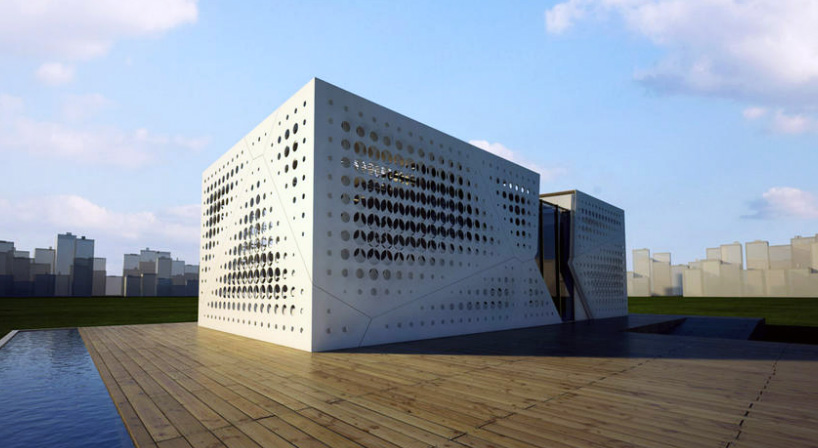 full view of the house ‘opened’

the team is currently seeking funding for the 2-year project, whose cost is estimated at about 1.1 million USD. the ‘SLIDES’ solar house will be presented at the solar decathlon europe in june 2012, where it is evaluated on ten criteria: functioning of the house, energy efficiency, electrical energy balance, architecture, engineering, innovation, comfort conditions, sustainability, and communication and social awareness as well as industrialization and market viability. 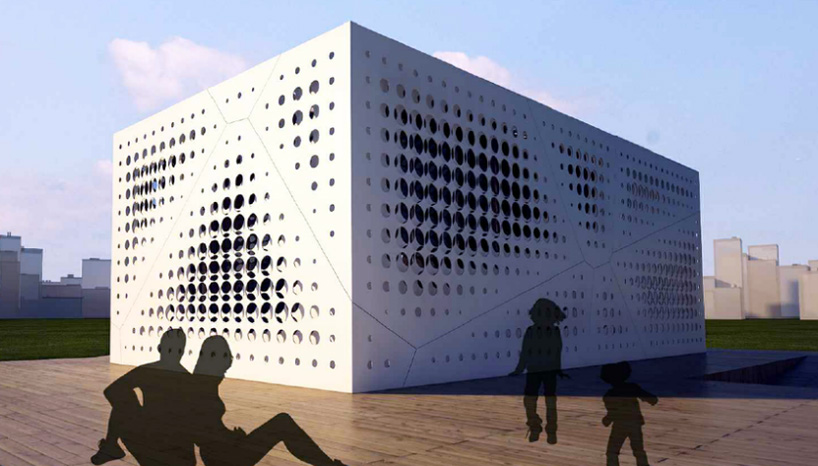 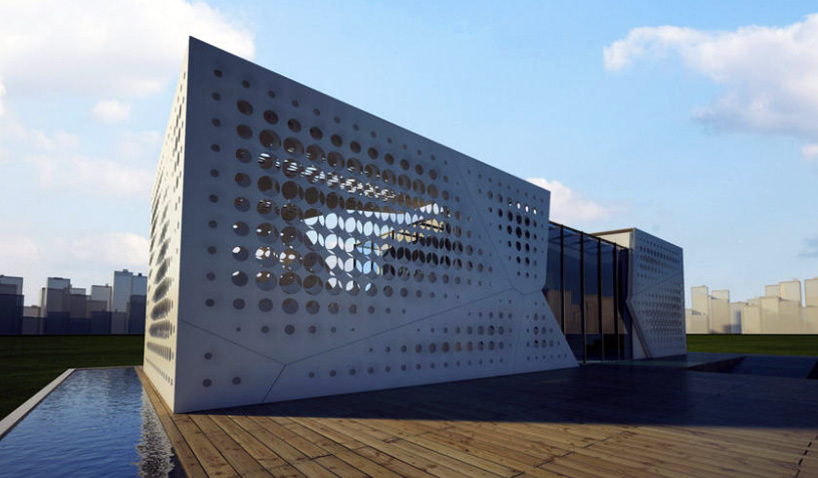 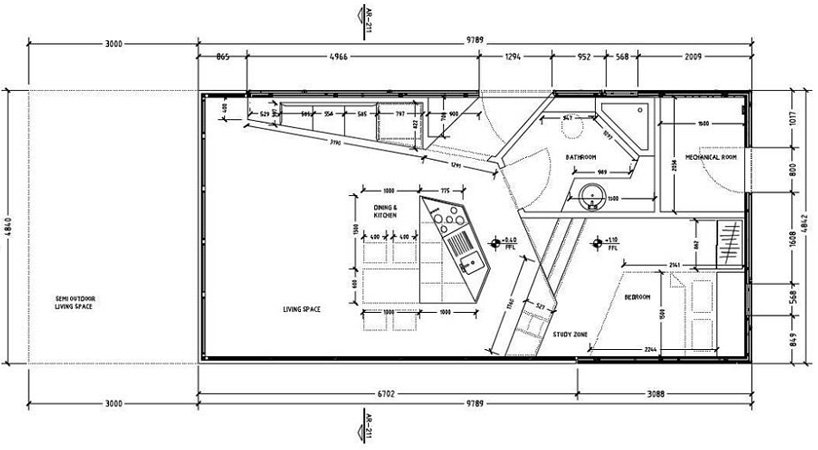 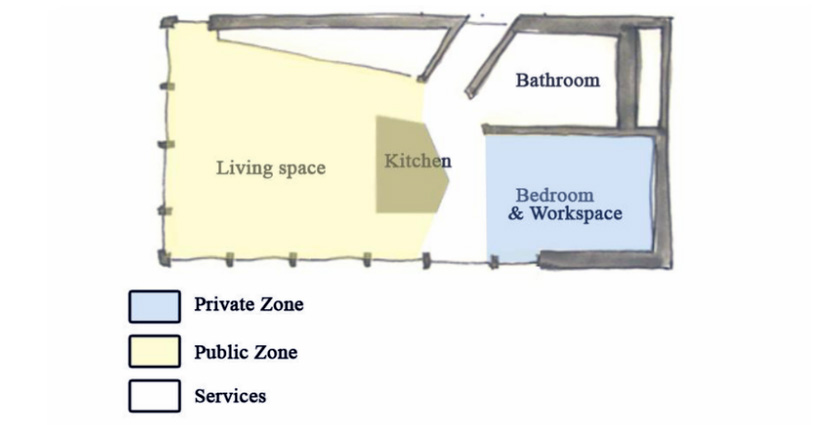 video presentation of the home concept 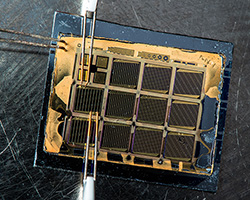 Sep 16, 2020
tadao ando completes 'he art museum' in china ahead of october 2020 opening
the building will house an art collection that consists of more than 500 works ranging from painting and calligraphy to photography and sculpture.
architecture
373 shares
connections: +1700