a new future for the national air and space museum

Washington D.C.’s Smithsonian Institution has announced plans to demolish its ‘Wright Place’ restaurant at the National Air and Space Museum to make way for the planned Bezos Learning Center. The stepping, pyramidal restaurant was built in 1988 as an annex to the marble and glass museum built in 1976, the entire complex designed by the late architect Gyo Obata and his firm Hellmuth, Obata + Kassabaum (HOK).

The Japanese-American architect designed the museum to house massive objects — aircrafts and spacecrafts — and to move an expected 50,000 daily visitors. Nearly 50 years later, the museum sees an average of 267,000 daily visitors. This new education center will be built as part of a larger renovation project, which began in 2018 and will revive the Air and Space Museum on the whole.

Demolition of the glass-pyramid Wright Place restaurant will begin spring 2022 to prepare for the construction of the Bezos Learning Center, which is expected to break ground in 2024 with a target completion date of 2026. 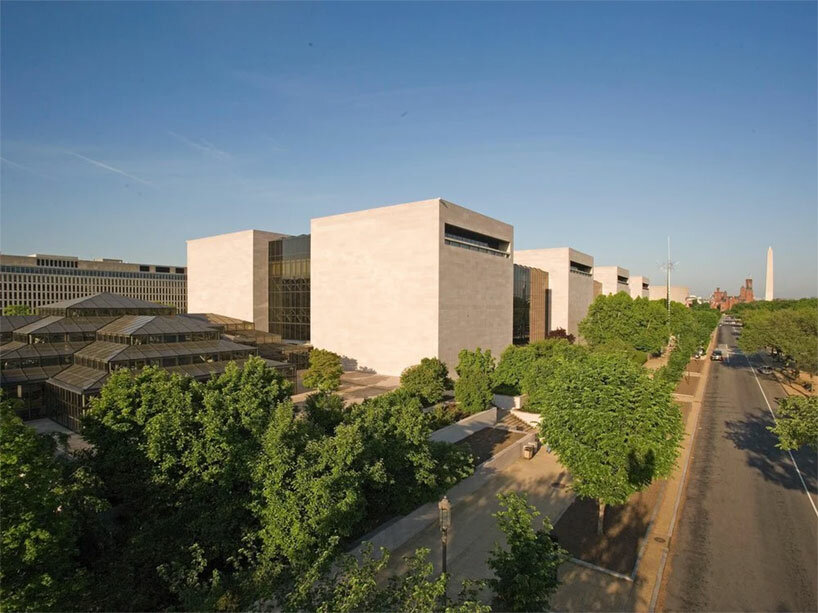 image via the Smithsonian Magazine

farewell to the glass pyramid on the national mall

Carly Bond, an historic preservation specialist for the Smithsonian, explains that ‘after careful evaluation, the restaurant addition was determined to be non-contributing to the historic significance’ of the Air and Space Museum, and therefore can not achieve landmark status.

While the National Air and Space museum is currently closed for its renovation, the Wright Place has been closed since 2017. Soon its site will see the construction of a three-story, 50,000-square-foot educational center made possible by a $200 million gift from billionaire Jeff Bezos, which was announced in July 2021. 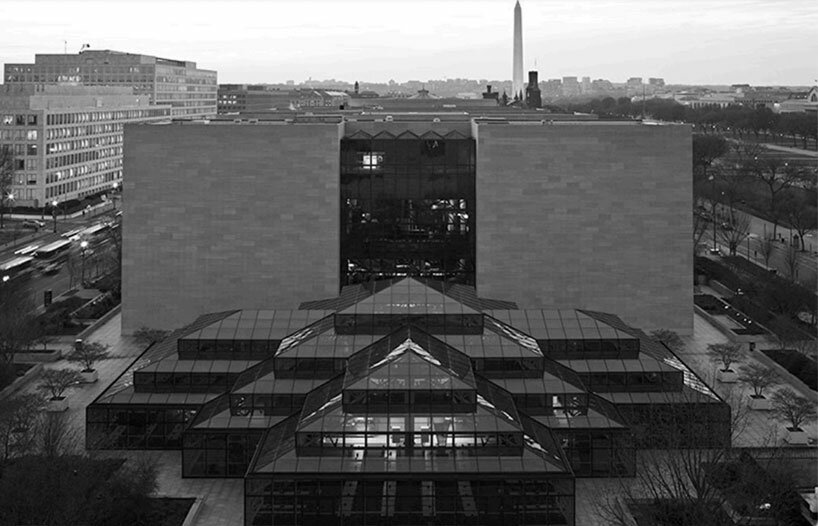 $130 million of Bezos’ $200 million gift will go toward the new Learning Center, with the remaining $70 million designated for the larger museum renovation, a project which is expected to cost more than $360 million. So far an architect has not been selected, but 2023 will be devoted largely to the project’s design phase. 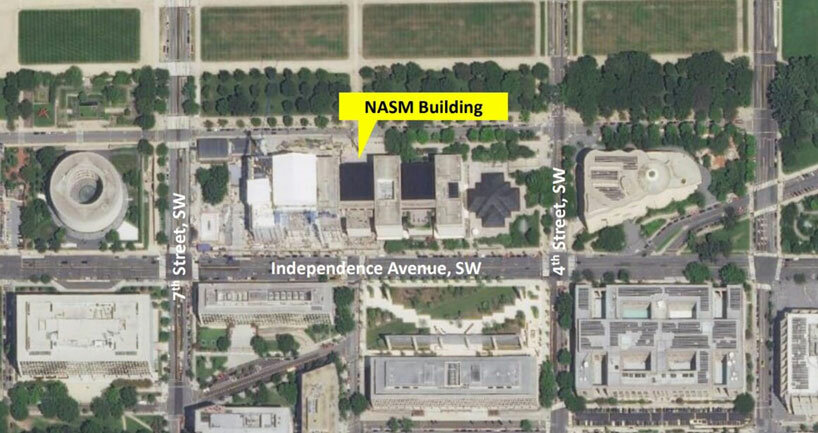 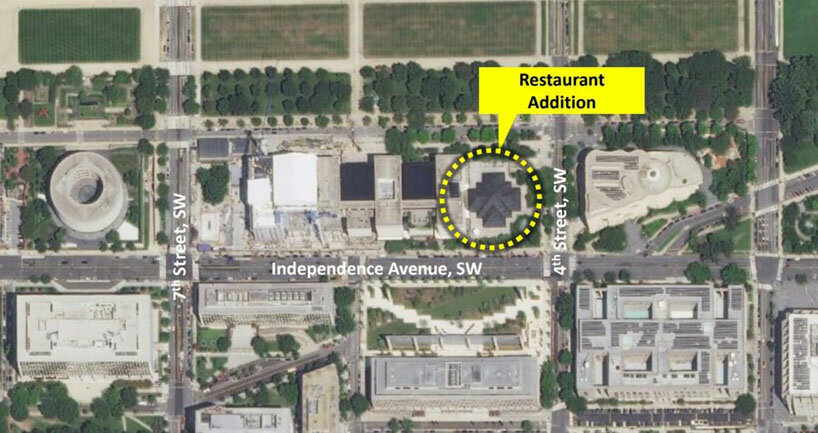 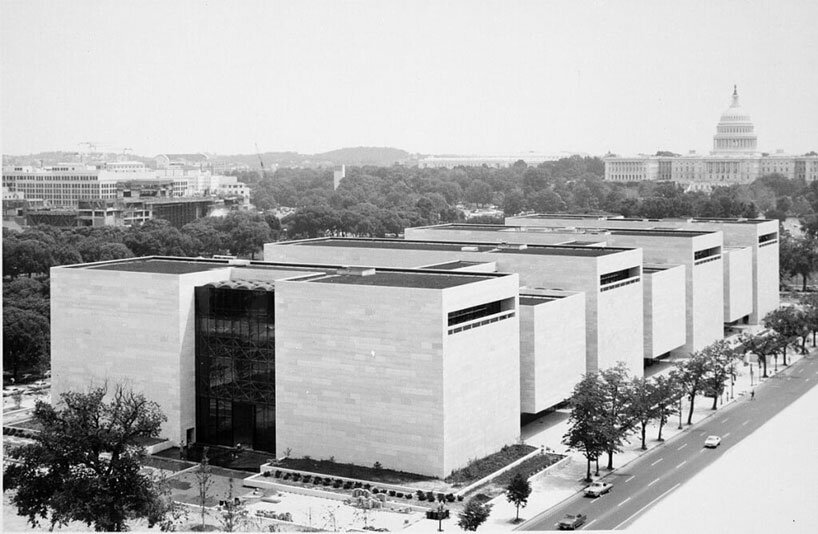 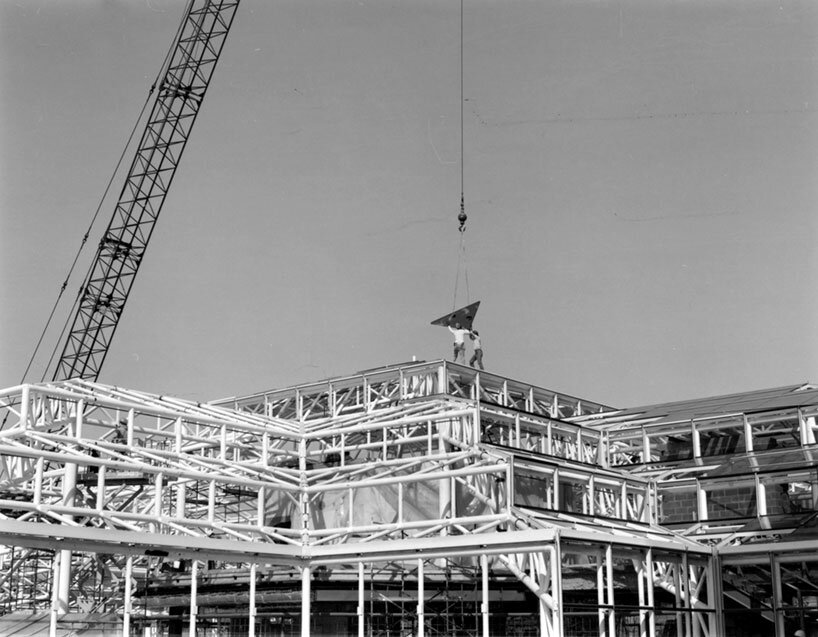 the Wright Place, under construction, 1988 | image by Mark Avino, courtesy the Smithsonian Institution 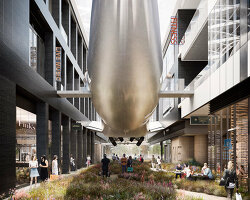