working on projects ranging in all scales, snøhetta has completed masterplans, museums to isolated cabins. most recently, the norwegian firm has finished the interiors and identity of ‘barr’, a new restaurant belonging to chefs thorsten schmidt and rené redzepi and located in noma’s –the world renowned restaurant– former location in copenhagen, denmark. 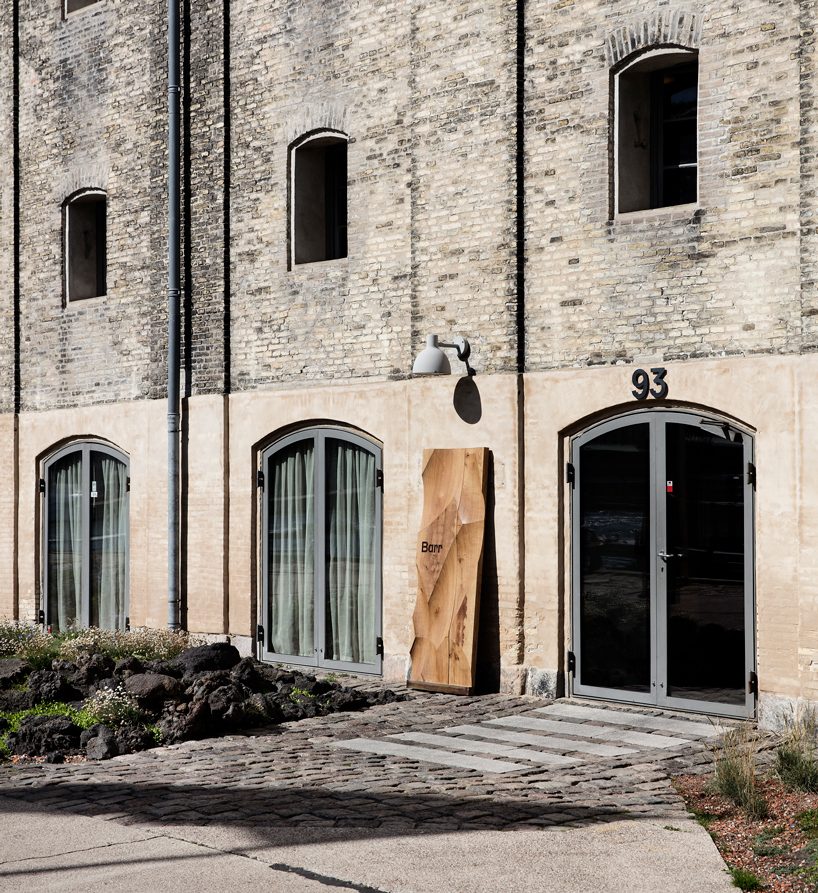 based by copenhagen’s waterfront, ‘barr’ is a new destination for casual dining focused not only on the nordic countries. the menu features broader food and drink traditions found in the region along the north sea; an area that spans scandinavia, germany, benelux and british isles. snøhetta researched the microscopic studies of foods and beer from the region which in turn, played a part in everything from the color palette to the furniture. 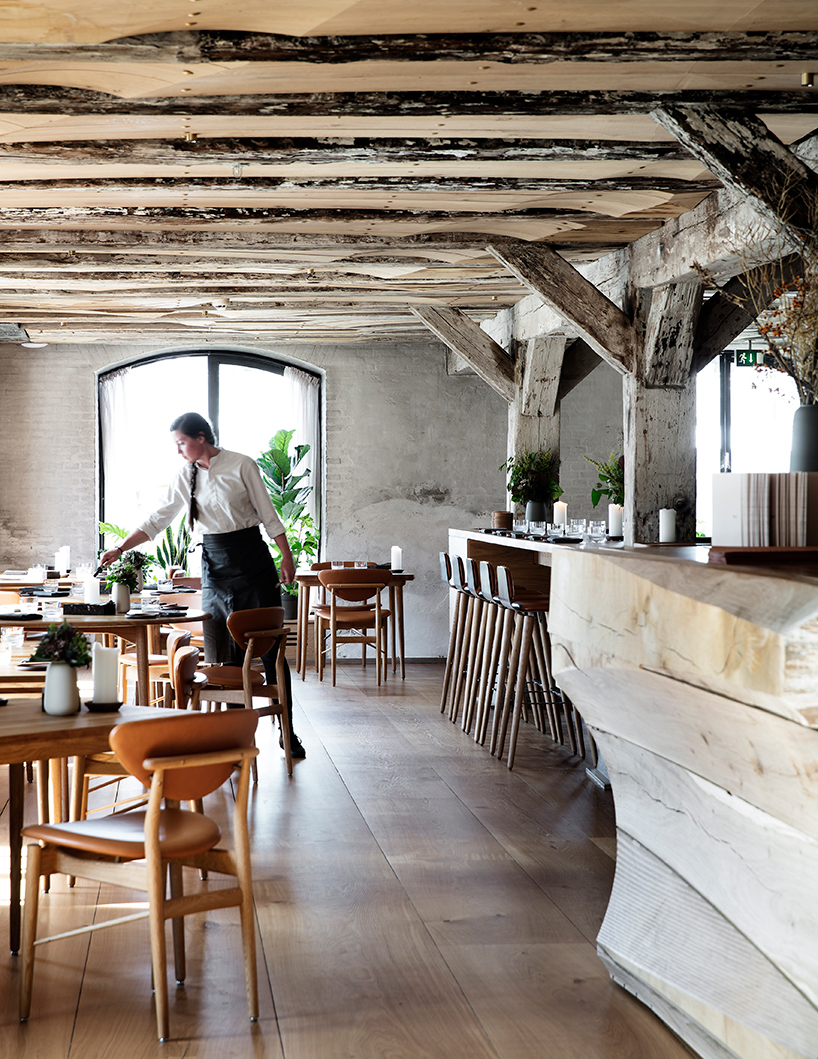 applying local techniques and crafting from locally sourced materials played an essential part in the restaurant’s design. driven by a strong duality and juxtaposition of the old and the new, as guests enter the restaurant, they are met with a warm oak floor, contrasting with the rough texture of the original stone walls. the ceiling is alternately composed of the original ceiling beams and new, sculpted wooden planks, which are embedded with brass details that reflect micro spots of light. 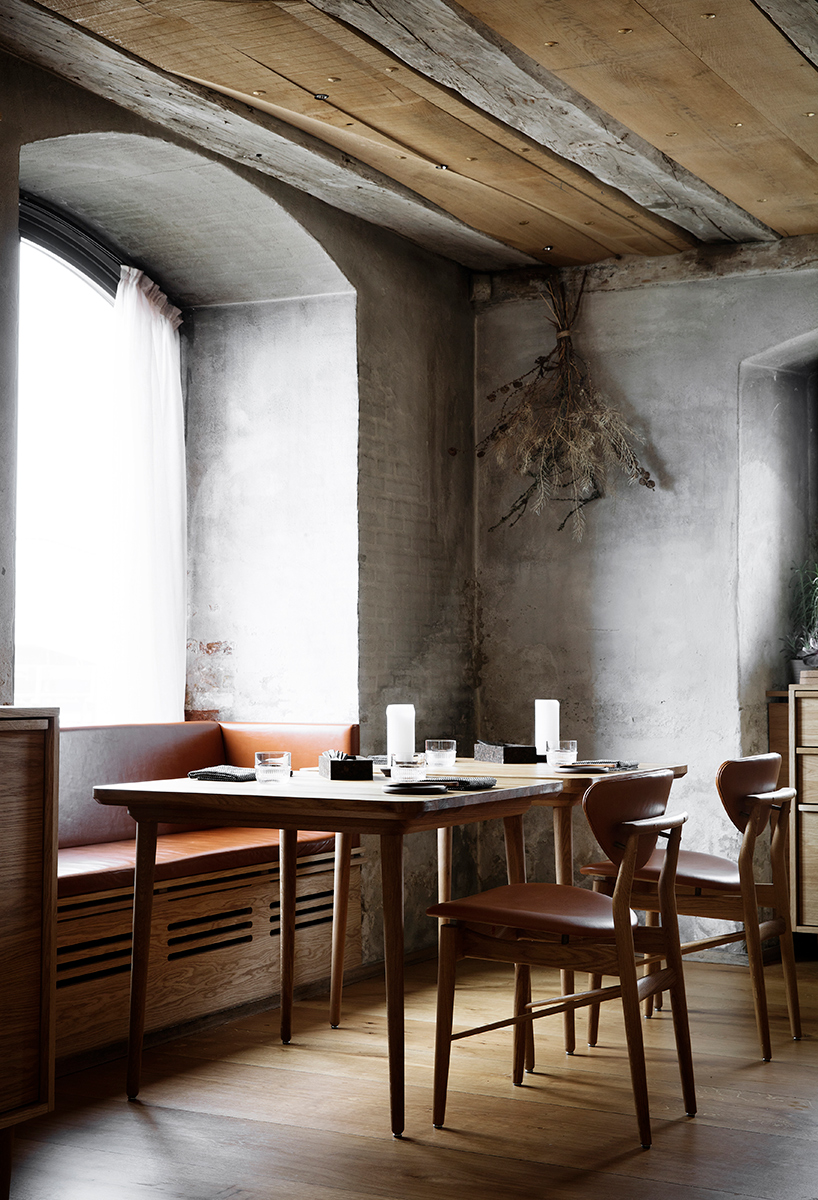 ‘designing within the context of a listed building meant that we needed to understand the space carefully,’ commented peter girgis, senior interior architect, snøhetta. ‘reflecting thorsten’s overarching vision for barr, we believe we have created a feeling of formal informality. together we have created new components, including custom furniture and cabinetry, which enhance barr’s identity and philosophy, while at the same time providing a connection to the original noma space.’ 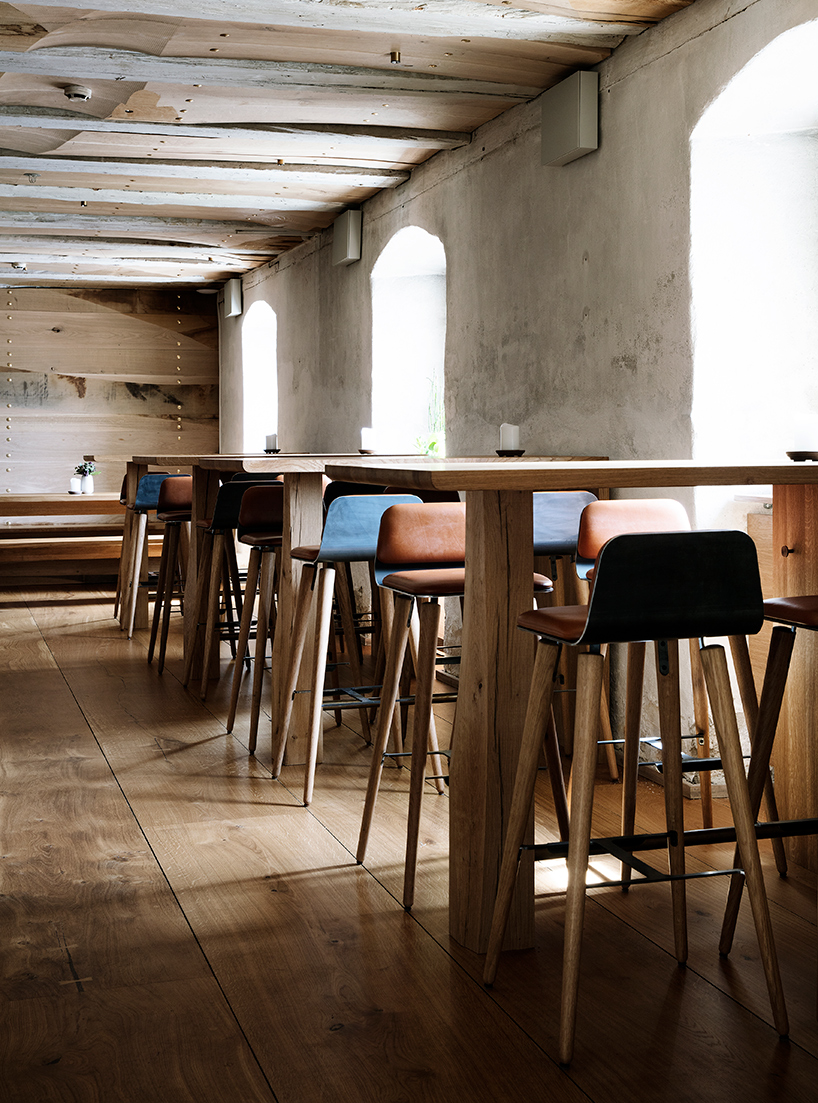 a warm oak floor, contrasts with the rough texture of the original stone walls 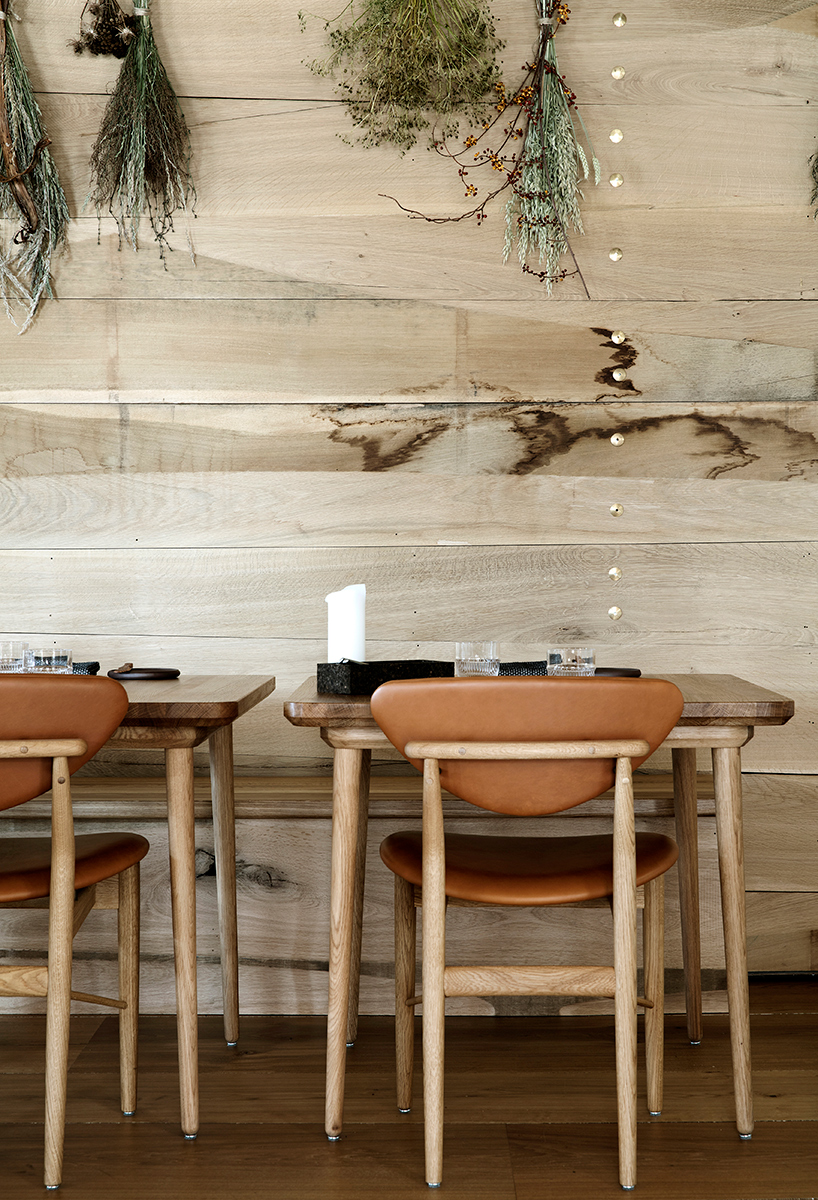 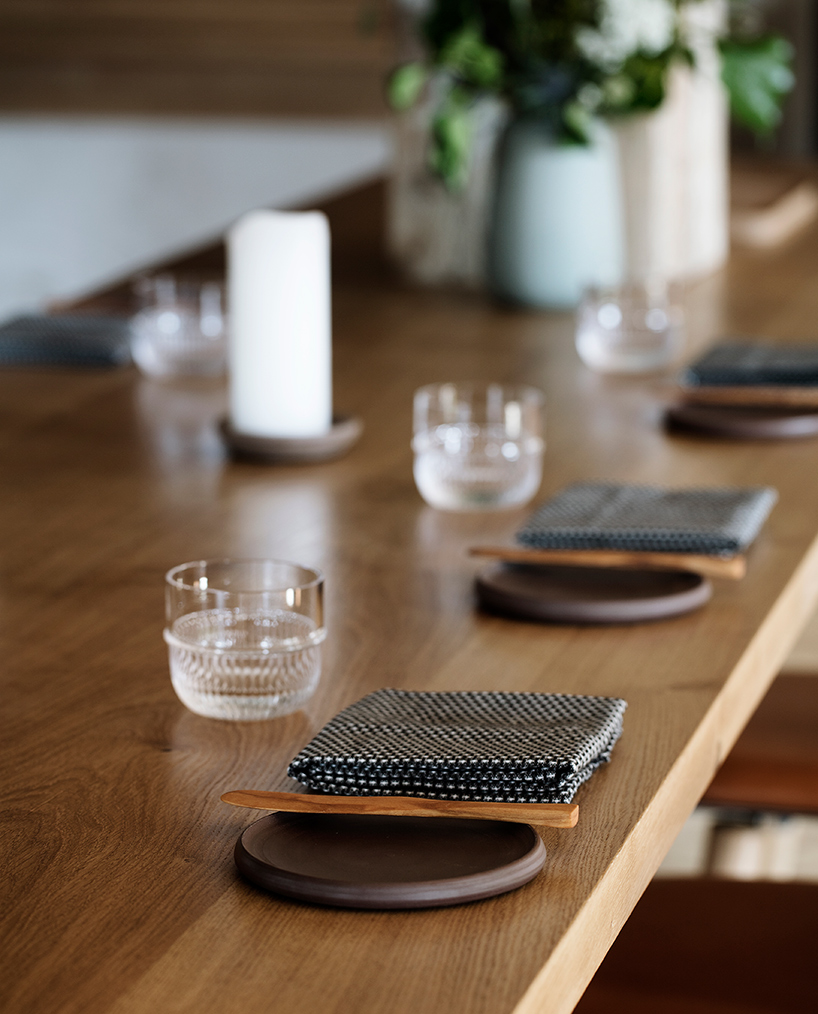 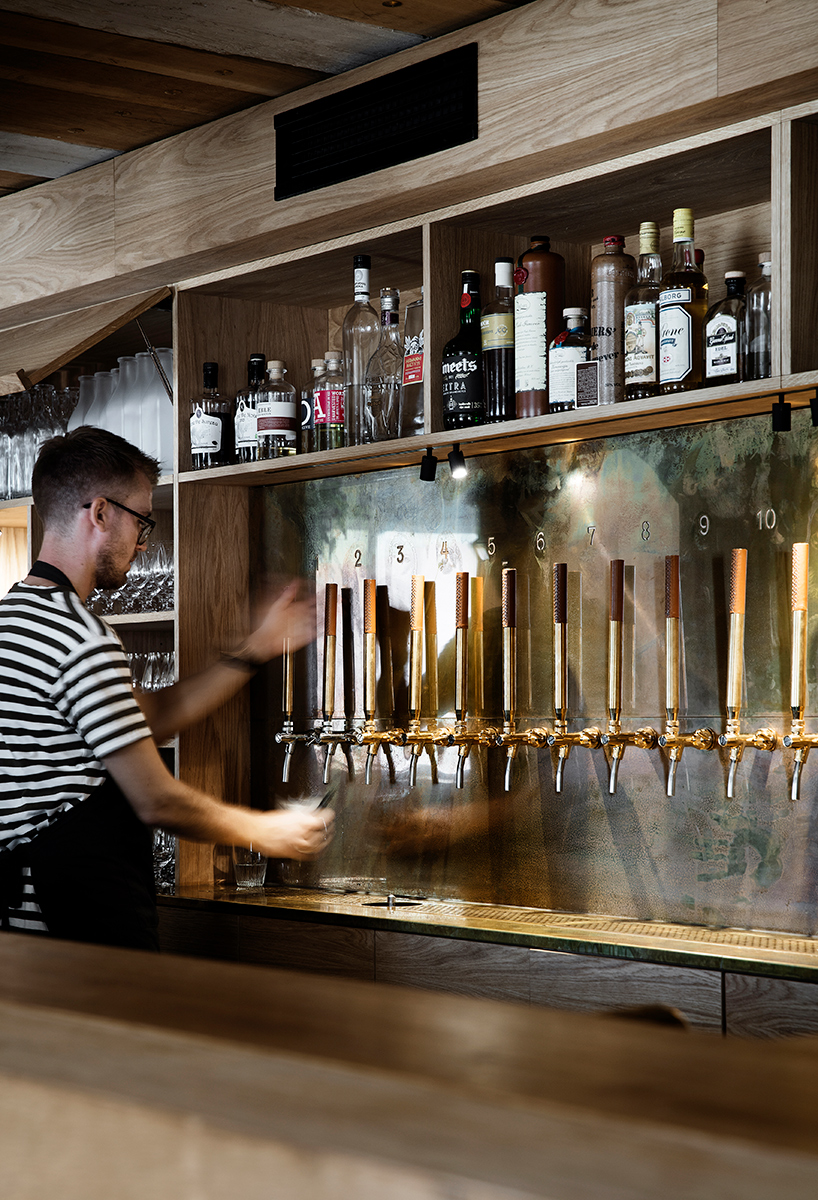 a massive, carved wooden counter stretching from one room to the other anchors the space 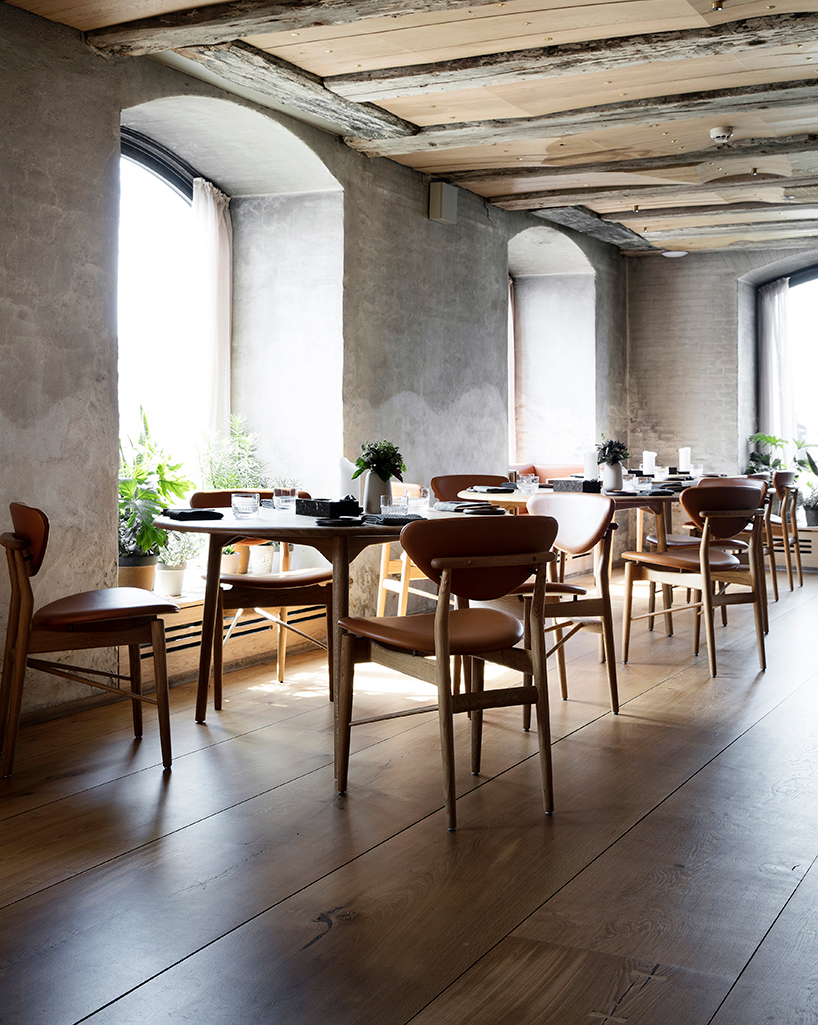 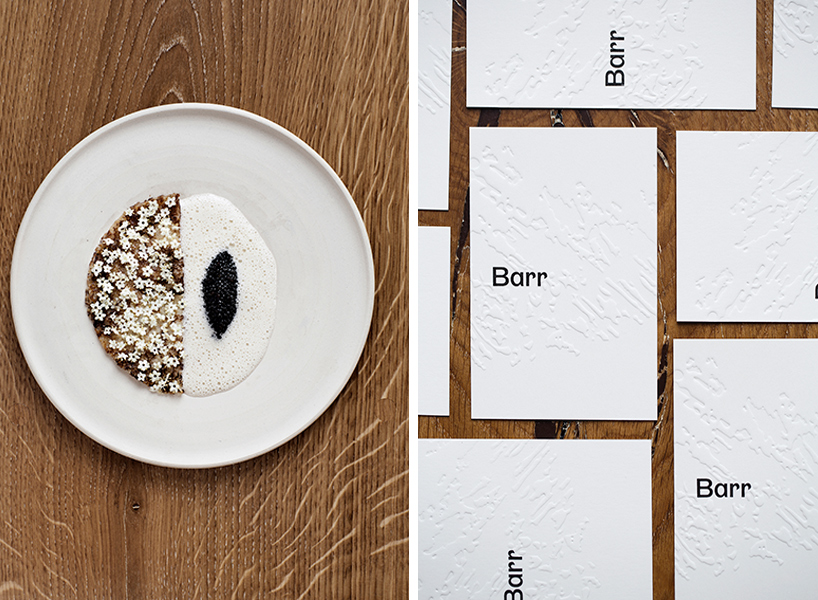