marking snøhetta‘s first completed project in australia, ‘pridham hall’ is a sporting facility designed for the university of south australia (UniSA) in collaboration with local practices, JPE design studio and jam factory. the work, which intends to become the new ‘social heart’ of the campus, combines a friendly atmosphere with state-of-the-art equipment. connecting indoor and outdoor spaces, the building has been created as a civic landmark for both the university and the city. 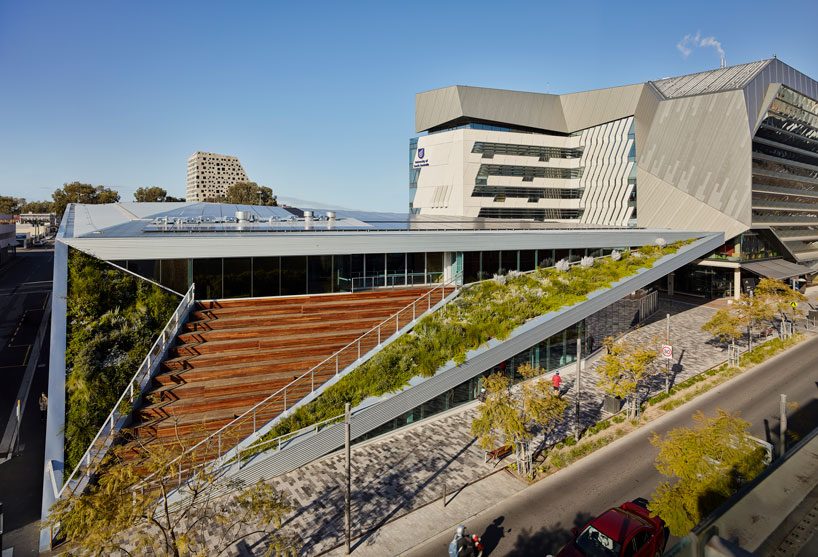 the program includes a hall, swimming pool, sports facilities and function spaces, as well as integrated green areas. from outside, the new architecture is distinguished by the connection made between the landscape and the building. on the north-eastern and western sides, the roof planes extend down to the ground, forming terraced spaces which showcase plant species from southern australia while serving as large external public amphitheaters. these elements of the design function to create not only a sports facility, but also a venue for graduations, events and student interaction. 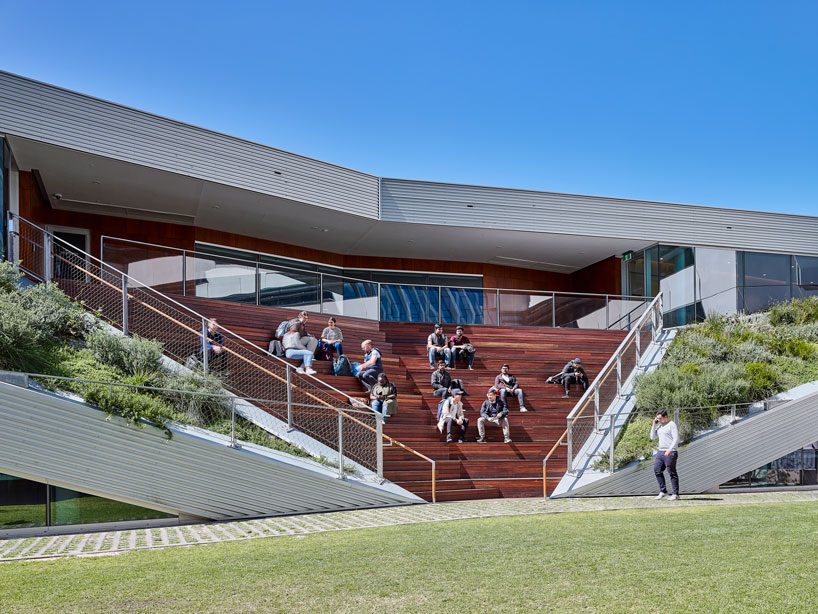 on the ground floor, the main hall, measuring 1,600 m2, has been formed as the heart of the building. this multifunctional space houses both sport activities, events and ceremonies. the hall also includes a climbing wall and a student lounge mezzanine at the second level. in the basement, a gymnasium, dance studio and a 25-meter swimming pool can be found. to connect the two floors, glazed voids have been implemented between the street and the lobby where views and daylight are able to penetrate into the interiors, saving on energy consumption. 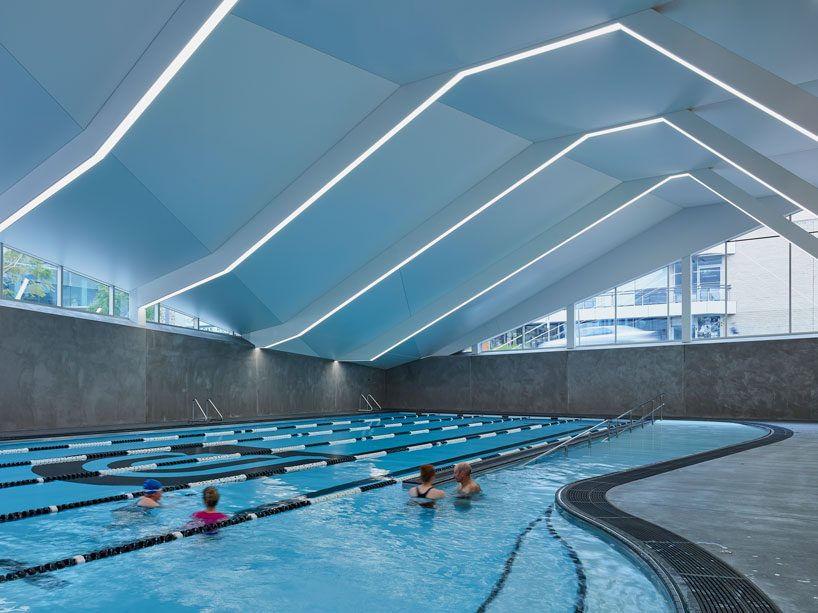 the project boasts green credentials, in line with the university’s target of a 15% reduction in campus-wide carbon emissions by 2021. in addition to maximizing natural lighting, the building is also heated using efficient passive design features. the ground floor lobby space’s permeable glazed elevations open up and allow for natural ventilation, creating an indoor-outdoor space and flexible use. the northern and western lobbies have also been formed as a single internal plaza space, with strong visual and physical connection to the outside, allowing full enjoyment of the warm adelaide climate. 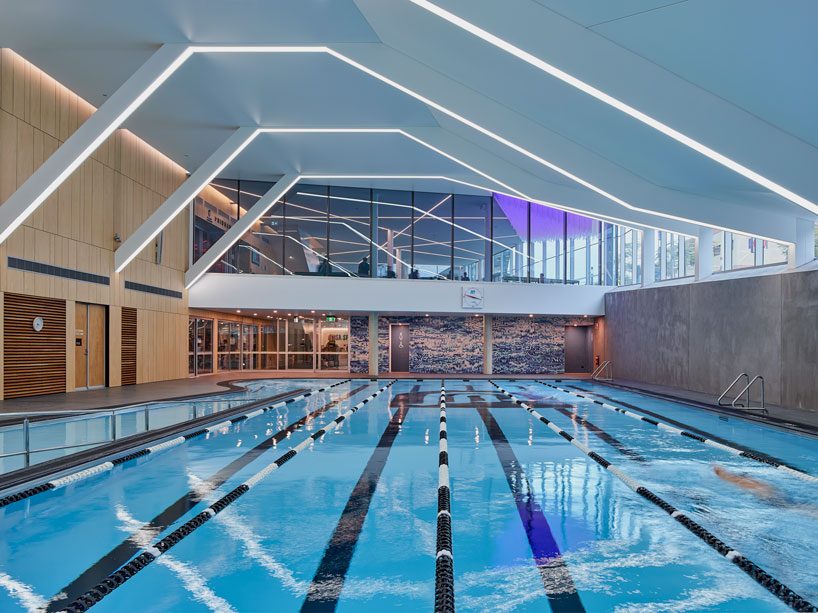 designed to integrate with the neighboring university facilities, pridham hall intends to contribute towards a lively atmosphere, with the ability to facilitate recreation and connectivity between the university, business and student communities. UniSA pridham hall was shortlisted for the 2019 WLA awards in the ‘built small’ category and was awarded the ‘award of excellence’ in the SA landscape architecture awards in 2019. 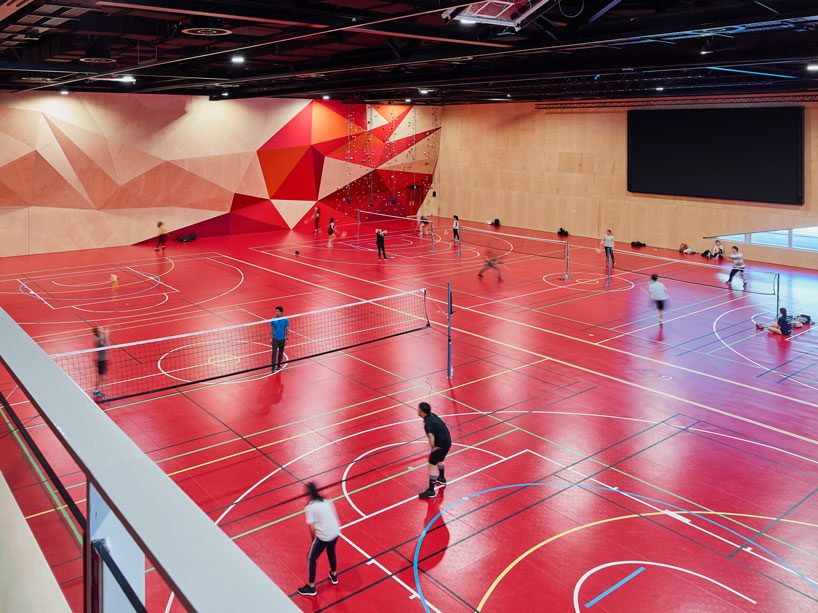 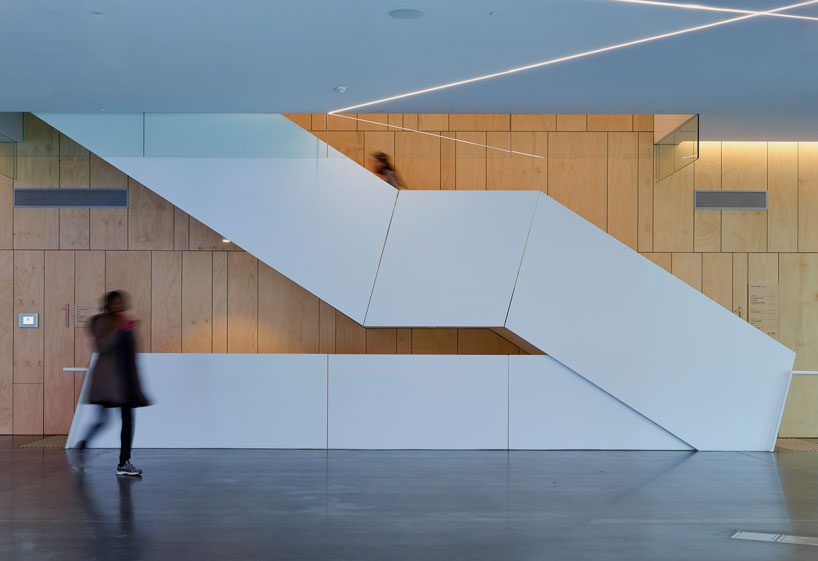 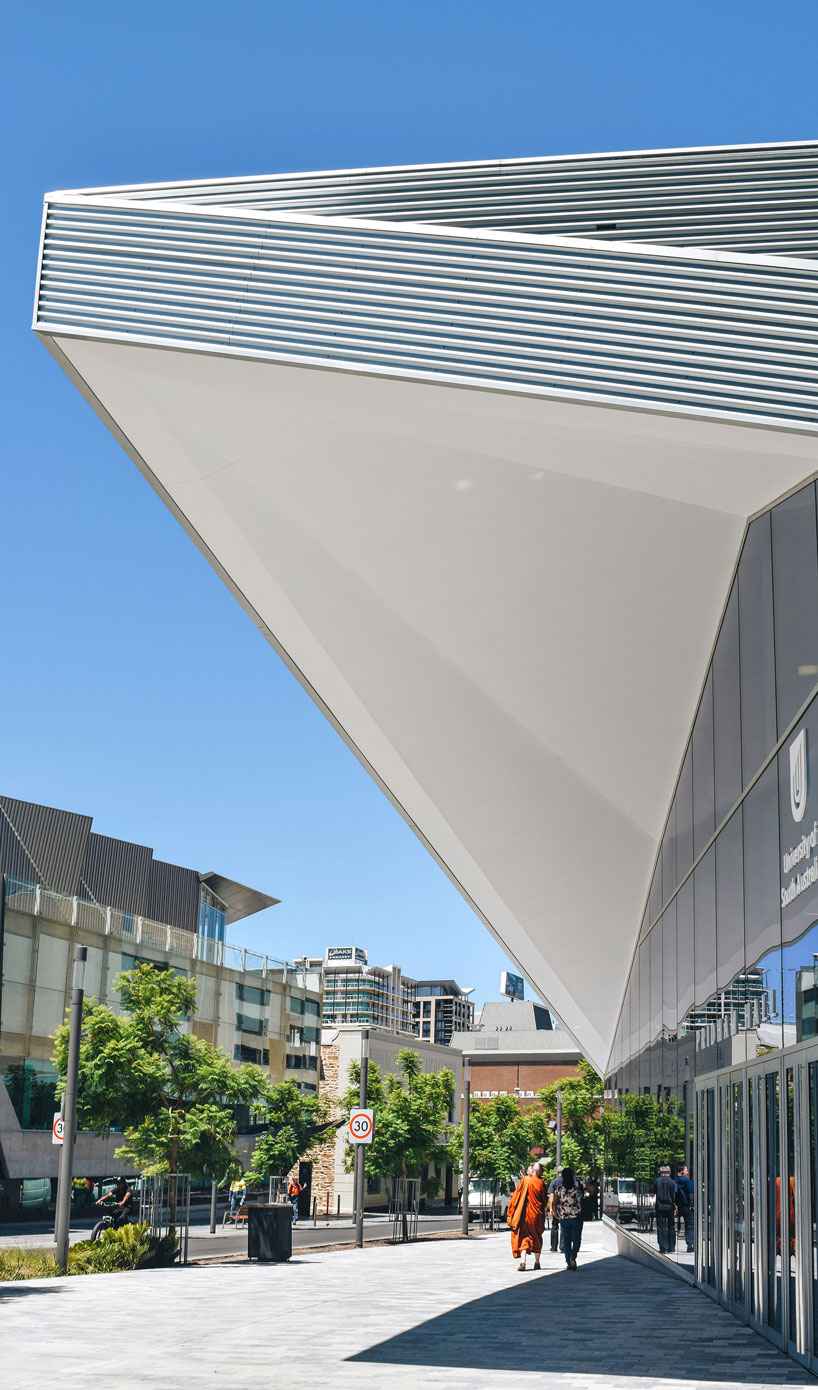 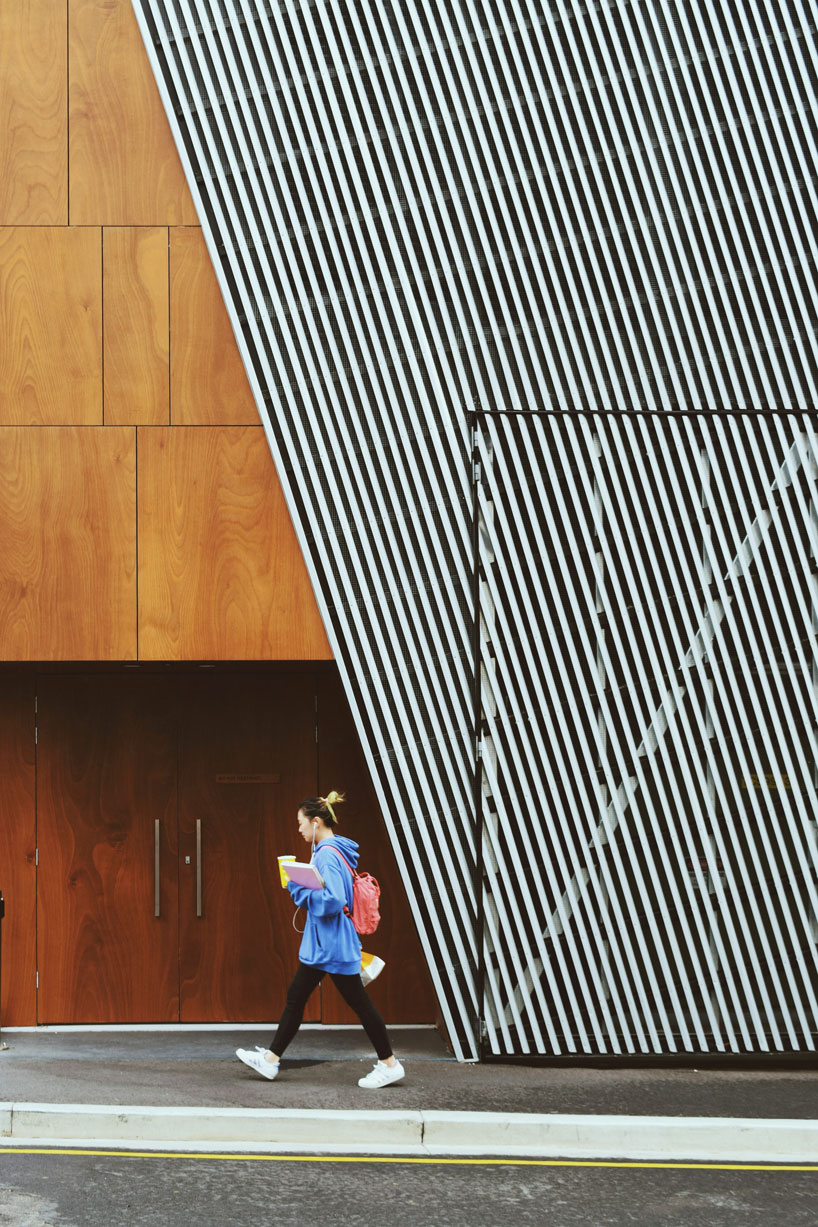 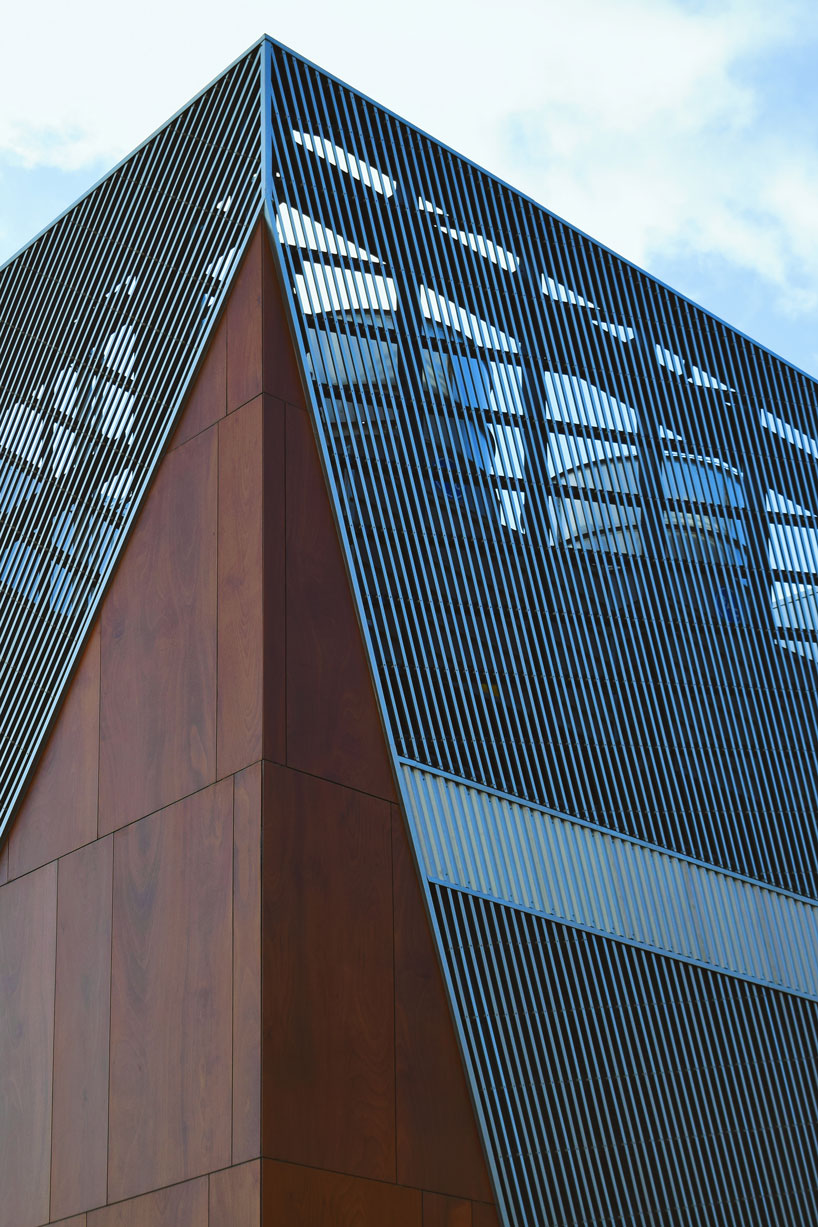 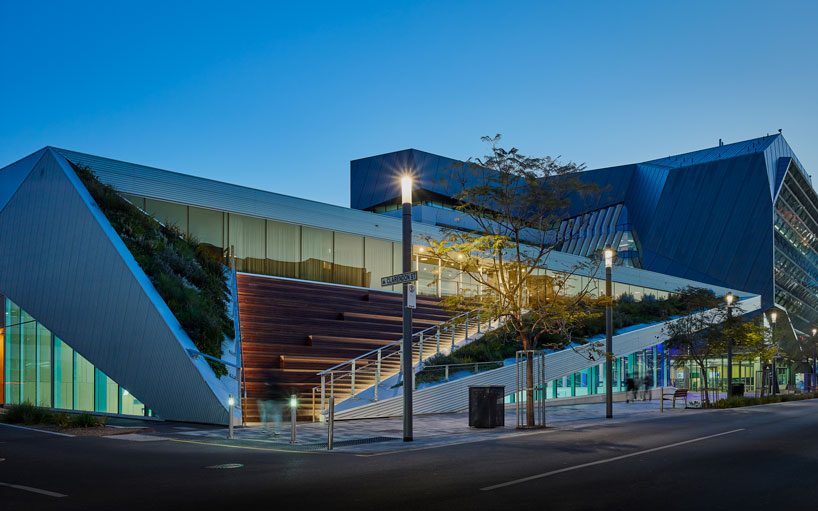