snøhetta has been announced as the winner of a competition to design a new church in the western norwegian town of ulsteinvik. in total, the contest — which was organized by the church of norway — attracted 38 submissions. named ‘excelsior’, the scheme seeks to create a customized and sustainable facility for the region that serves as a functional frame for the parish’s activities. the building will be sited next to the existing structure, setting up a dialogue between old and new. the main volume will be primarily built from wood, supplemented by a supporting glulam structure. 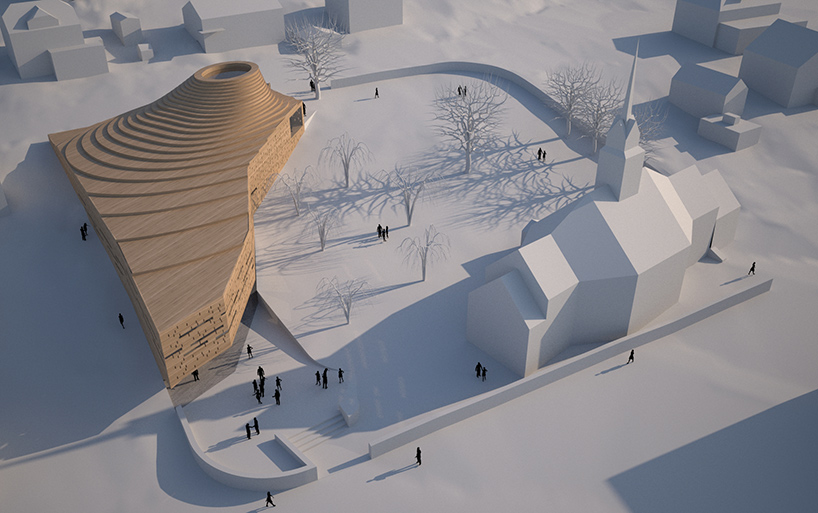 the winning design was chosen ahead of 37 other entries

the existing ulstein church was originally constructed in the 1800s. however, today it is lacking in terms of both capacity and flexibility. snøhetta’s new build will therefore accommodate a diverse range of activities — capable of facilitating several functions simultaneously. the church room and its associated programs are located on the ground floor, with the entrance oriented towards the existing structure. accessed via a separate entrance from the west, the administrative functions are placed on the first storey. the chapel is found on the third level, which is entered through a public plaza beneath a large tree. 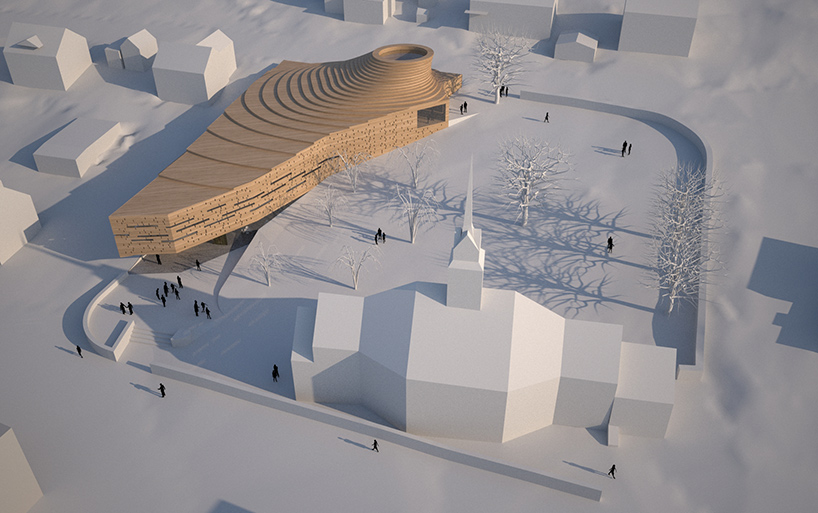 the scheme seeks to create a customized and sustainable facility

the design team explains that the concept behind ‘excelsior’ developed from three words: the rock, the tree, and the space. the rock, representing solidity and eternity, is the foundation on which the new church is built — the construction conceived as a new landscape. the wood symbolizes future growth and sustainability, with the layered shape rising up like a tree. internally, the space is created as a cavity within the wood, embodying the present, life, and the pilgrimage. ‘in the church room one can find both the horizontal axis in the community and pilgrimage, and the vertical axis in the connection between heaven and earth through the skylight,’ explains snøhetta. 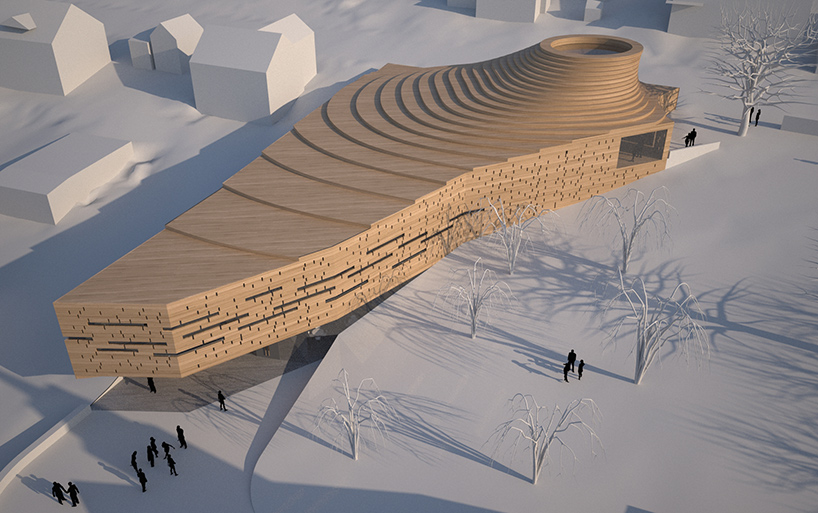 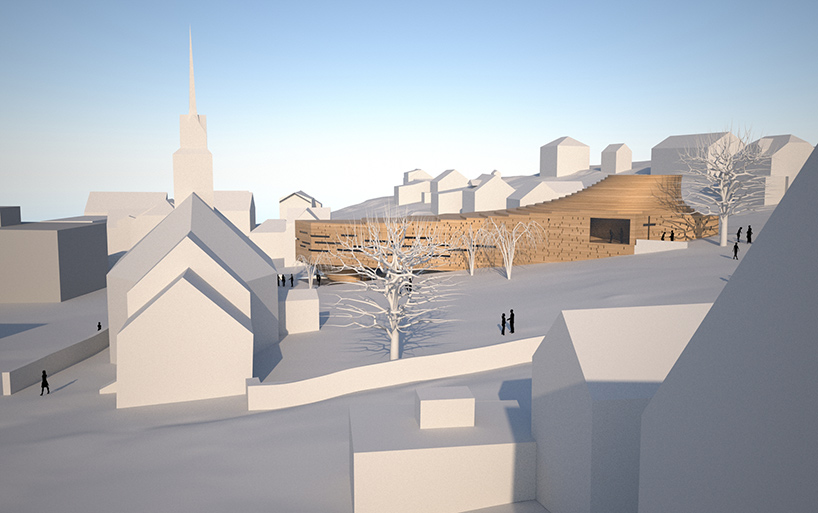 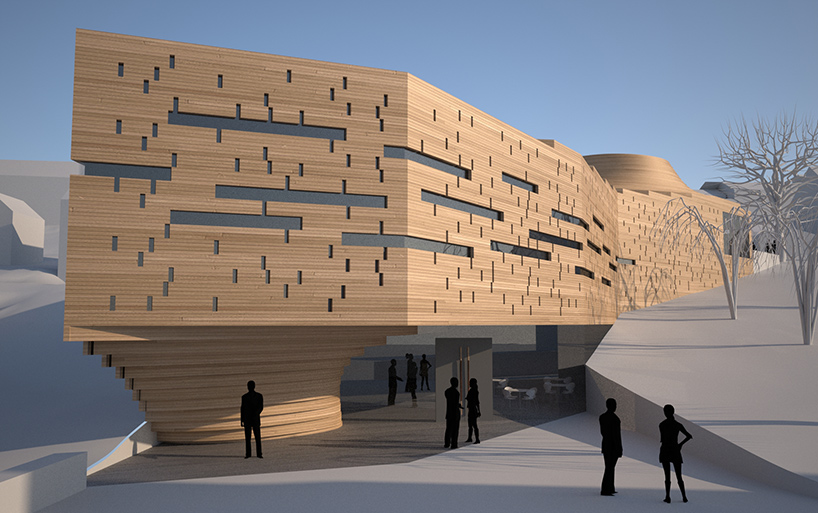 the entrance is oriented towards the neighboring building 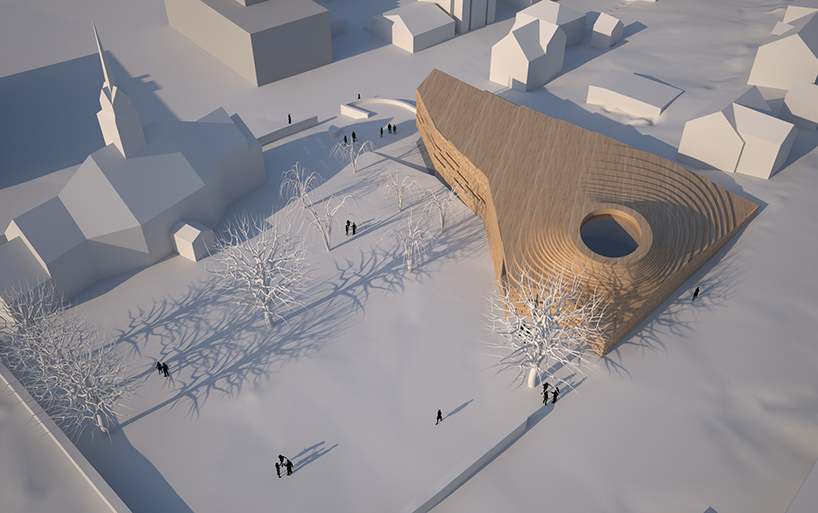 the elevated chapel is found on the third level, which is separately entered via a public plaza 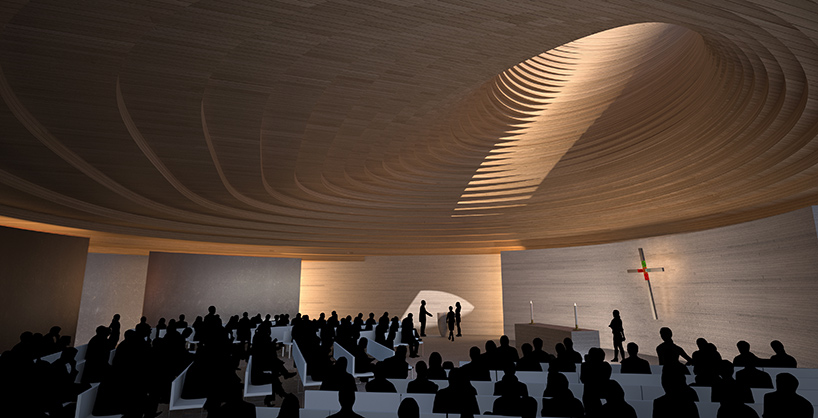 inside the chapel the layered shape rises up like a tree 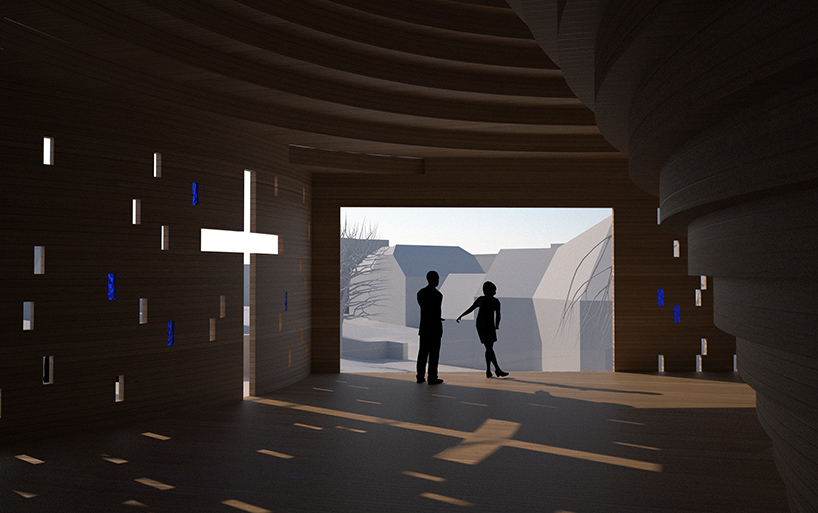 internal space is envisioned as a cavity within the wood 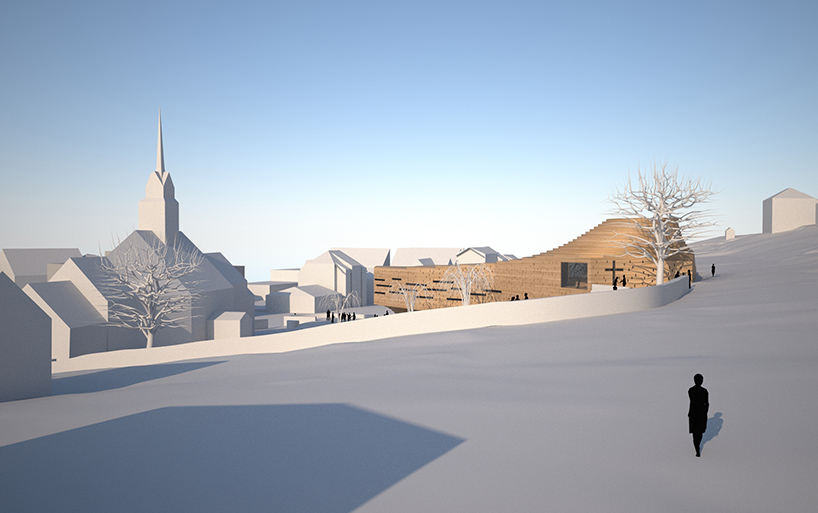 the project establishes a clear dialogue between old and new 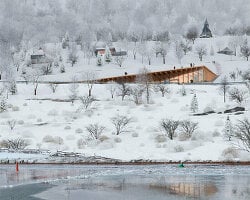 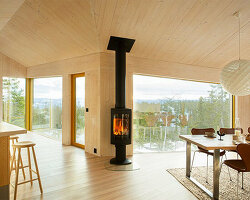 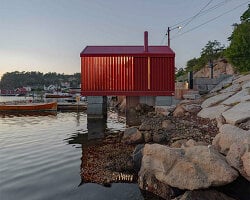