the san francisco museum of modern art (SFMOMA) has unveiled the preliminary plans for its expansion, designed by oslo-based studio snøhetta. as designboom previously reported, the internationally renowned practice won the bid for redevelopment back in july 2010. measuring 225,000 square feet, the expansion will double the museum’s exhibition and education space, while enhancing the visitor experience and more deeply integrating the facility into the fabric of the city.

extending from the back of the existing brick structure, the design aims to provide SFMOMA with a great public profile and an openness that will welcome visitors from both inside of the city and out. seamlessly integrated but vastly different in form, proportion and material, the new structure will feature a fully glazed facade and a series of complex pathways that aim to link the museum  – and its interior spaces – with the surrounding urban neighborhood. 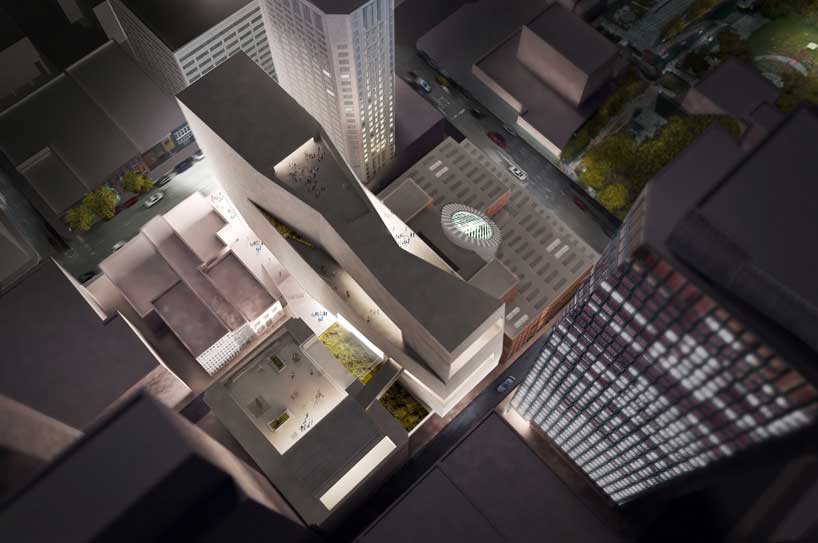 floating on the site, away from the perimeters of the encircling built environment, the design aims to establish expansive public places and pedestrian routes that will revitalize and energize the neighborhood.

craig dykers of snøhetta explains, ‘SFMOMA’s expansion will enliven the neighborhood through a generous plan that frees connections between well-known surrounding streets and more hidden urban spaces. the building will encourage people to enjoy the intimate small streets as much as the heavily used thoroughfares of the district…‘

a procession of new stairs and platforms mimicking the network of hilly paths, steps and terraces that are trademarks to the iconic city, lead up to the new entrance and are designed to engage and slowly transition the visitor inwards.

a distinctive low slung shape on the roof will engage with the skyline that surrounds it. creating a horizon that connects rather than segregates, the sculptural and formal volume participates in an ongoing dialogue between the new museum and the changing urban identity of the area. 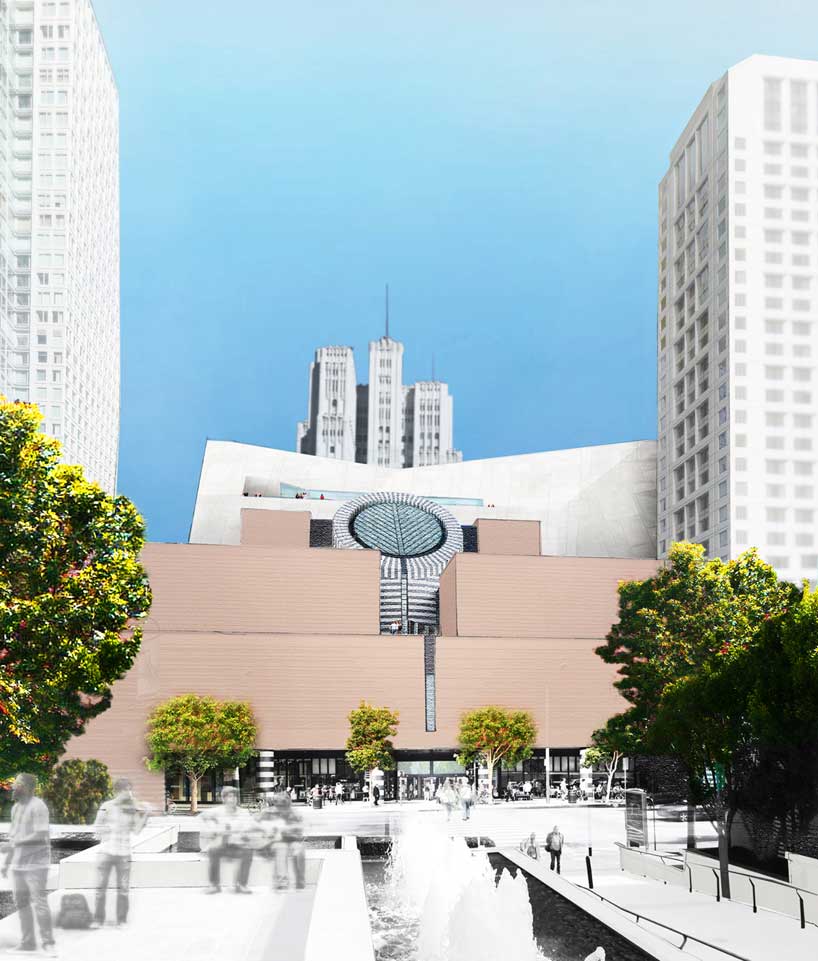 the planning of the expansion continues as an intensive collaborative process between the museum, the public and the design team. plans for the interior spaces and possible outdoor terraces will be unveiled later this year. 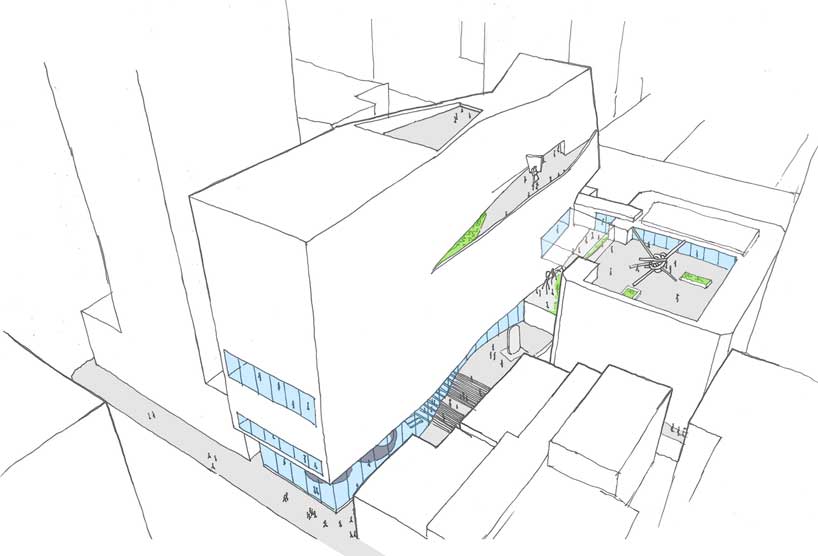