UPDATE — march 17, 2021: in early 2021, it was announced that construction on the snøhetta-designed full-scale ship tunnel was set to get underway. the norwegian coastal administration said that it had received the assignment letter from the ministry of transport and communications, meaning that preparation work could begin on site. ‘if everything goes according to plan, the world’s first full-scale ship tunnel will be completed in 2025/2026,’ says terje andreassen, temporary project manager for the stad ship tunnel. the project is estimated to cost NOK 2.8 billion (approx. $332 million USD), with a construction period of three to four years. read designboom’s previous coverage from 2017 below.

the stad peninsula in norway has a reputation as one of the most dangerous coastlines in the region, with turbulent waters that have claimed the lives of many sailors over the past decades. that’s why norway’s coastal agency kystverket wants to build a €254 million, mile-long ‘ship tunnel’ for the safer passage of commercial vessels through the area.

architecture studio snøhetta has created an illustrated design concept, offering a visual representation of the potential scheme for the first time. at 1.7 kilometers long, 36 meters wide, and 49 meters tall, the proposed design will be first tunnel in the world built for ships. large enough to accommodate vessels such as norway’s hurtigruten coastal steamer. 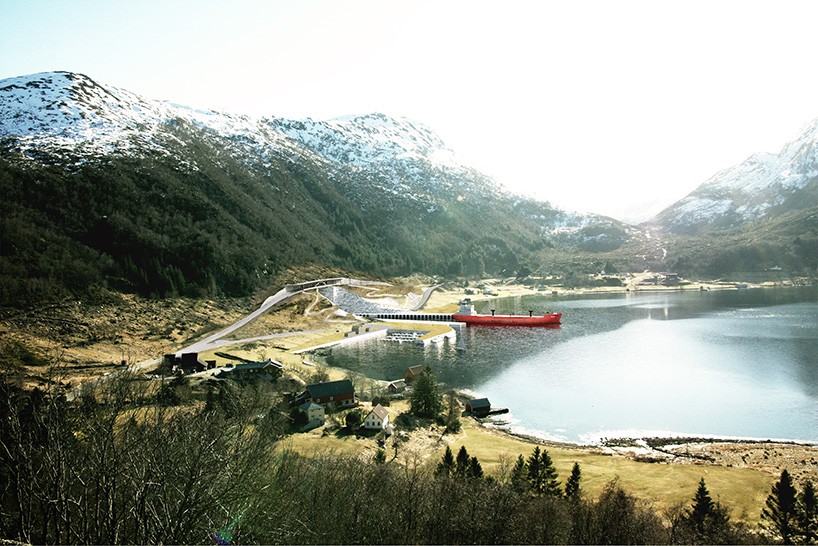 all images courtesy of kystverket/snøhetta

alongside its practical use, snøhetta’s design will provide the region with a major new tourist attraction if it gets the green light. ‘in such a delicate landscape, the tunnel has to be more than just a foul intervention in nature. we put a lot of effort in making it aesthetically appealing,’ explains terje andreassen, project manager at kystverket, the norwegian coastal administration. the concept features a bridge built over the tunnels southern access point in moldefjord to allow an audience to watch the magnificent vessels as they pass though the tunnel. the northern access point — located in selje — is designed as more of a feature, marked with statement horizontal ledges curving around its entrance. 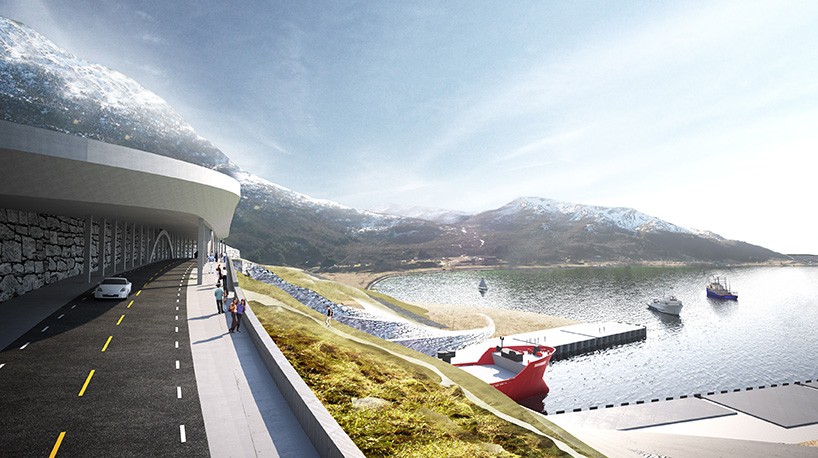 a bridge will allow audiences to watch the vessels pass though

the tunnel will allow large cruise ships, sailboats, and coastal steamers to pass safely though the stadhavet sea, an area notorious for fierce weather. should everything go to plan, between 70 and 120 ships will be able to pass through the tunnel on a daily basis. the idea of building a ship tunnel has been in discussion for over a century, with the first blueprints drawn up in the 1870s. historians have even documented that vikings used to drag their ships on shore, instead of sailing across the exposed seas.

the construction will be the first ship tunnel in the world

a short film by kystverket shows how the tunnel will function 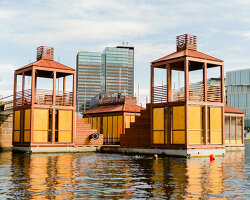