snøhetta and russian urban consulting company strelka KB have created a new skate park near moscow‘s krymsky overpass, transforming an abandoned parking lot into a lively public space. located under an overpass and between two driveway roads, the small site has been redesigned as a two-level amphitheater, completed with colored concrete and simple platforms ideal for beginners. 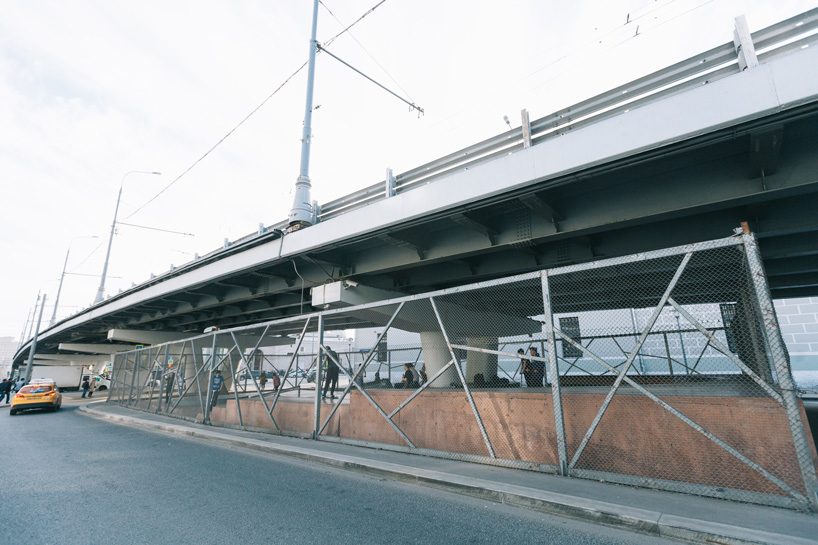 part of a larger reconstruction project snøhetta worked on, the skate park offers a new social spot for moscow’s young population. the norwegian studio, together with strelka KB, and strelka architects collaborated with the federation of skateboarding and russian skate park equipment producer tsekh to transform the passage into a simple, beginner-level platform. the monotonous, grey site has been converted into a colorful, two-level amphitheater, protected by high fences with safety nets and the existing overpass, to allow skaters to practice their skills all year round. 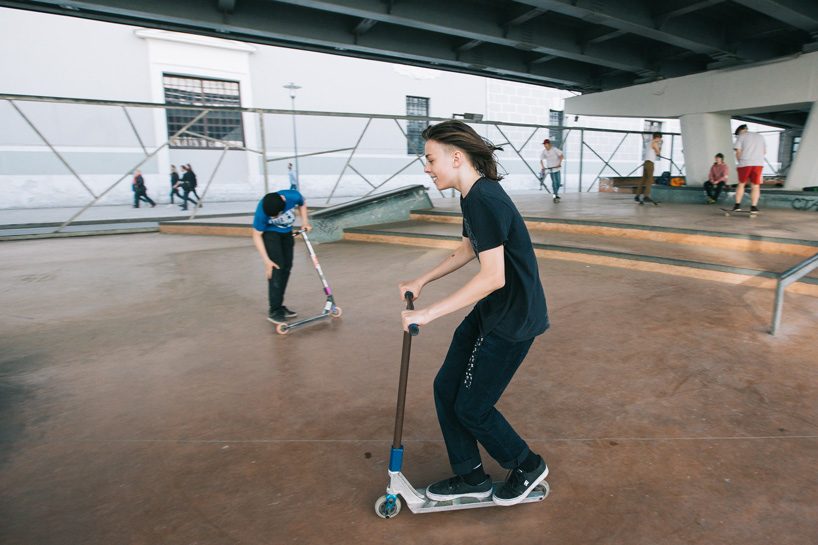 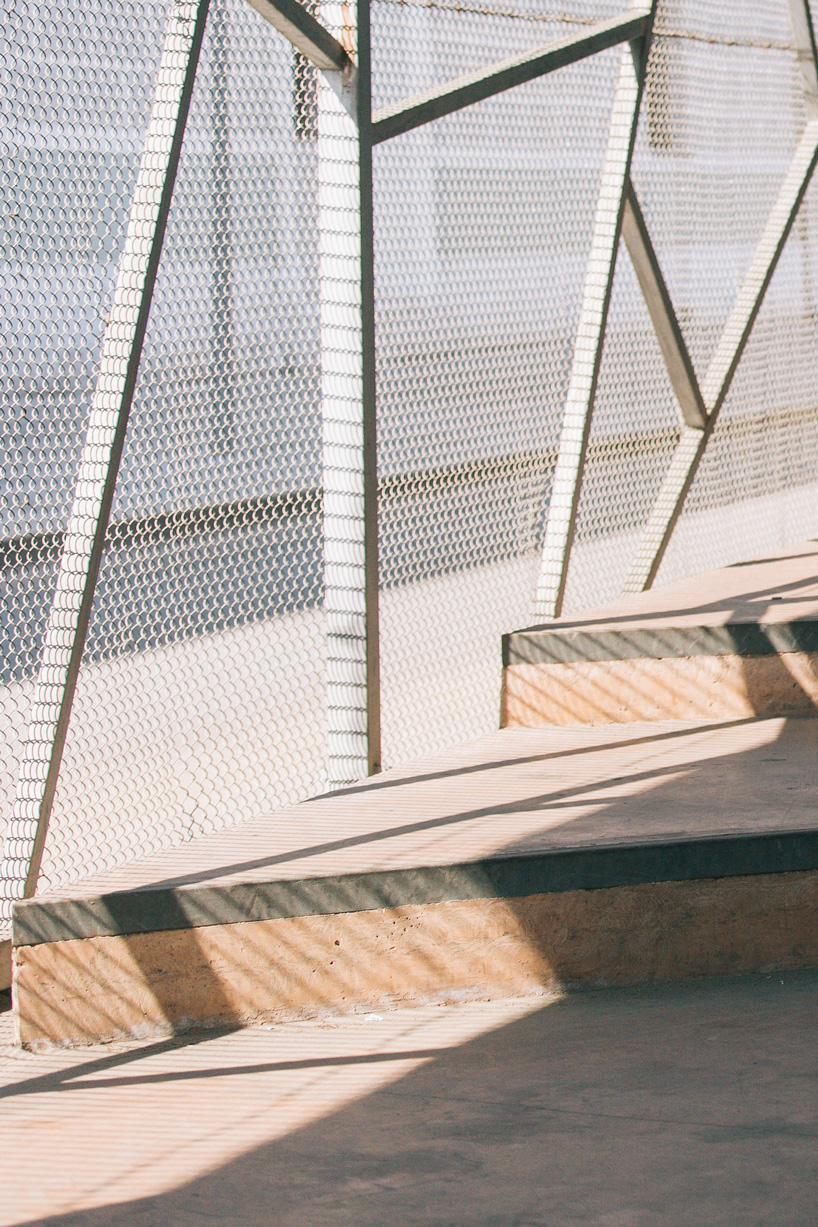 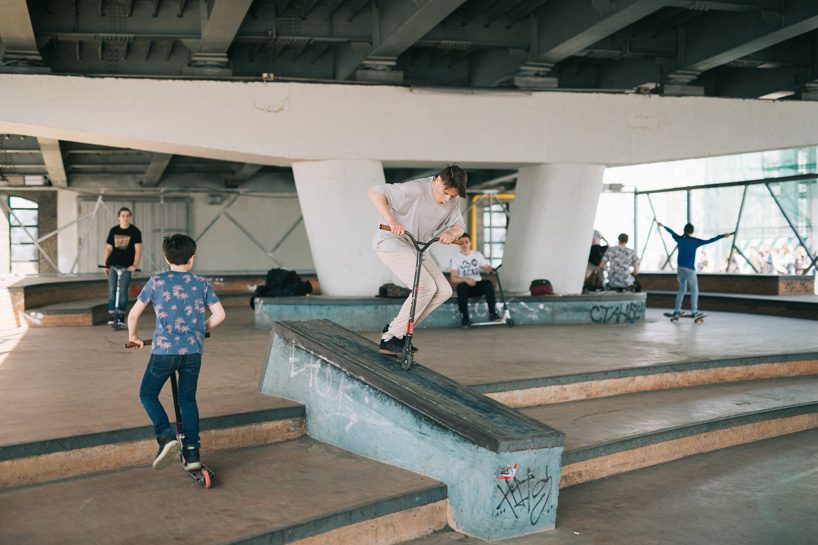 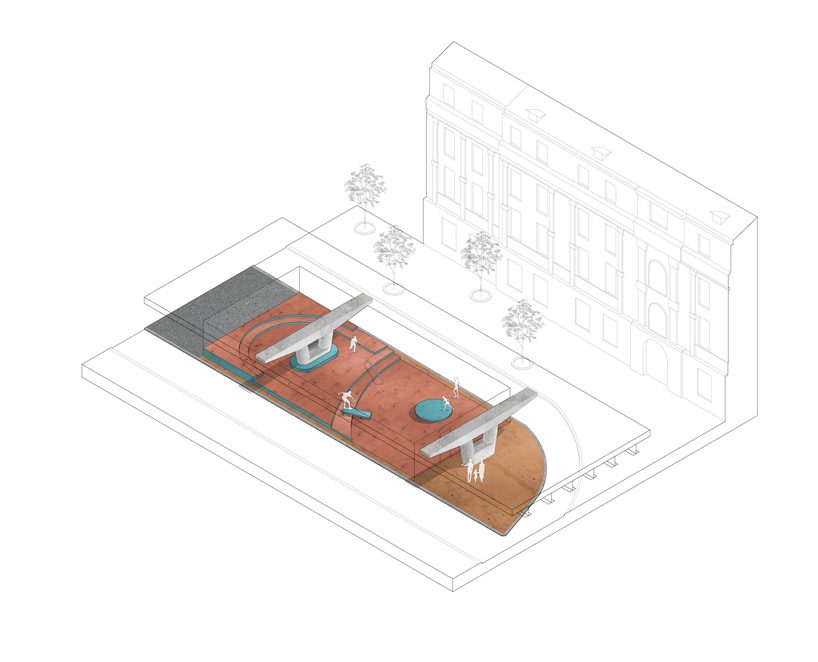 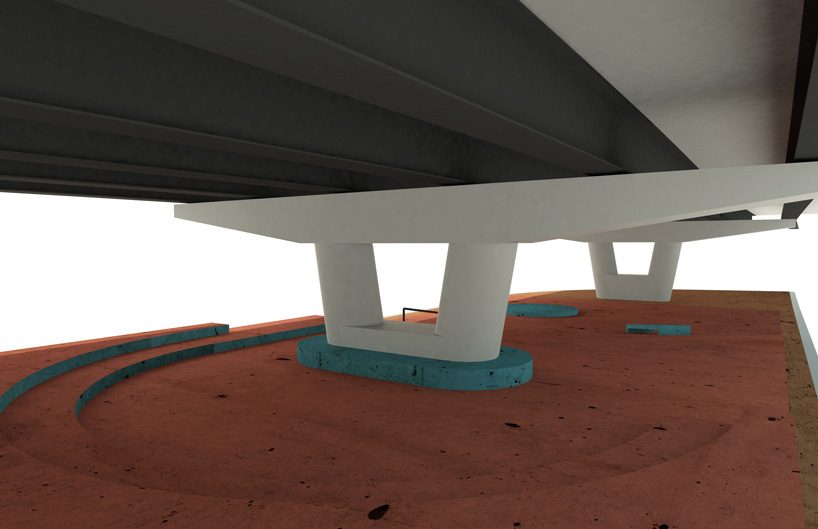 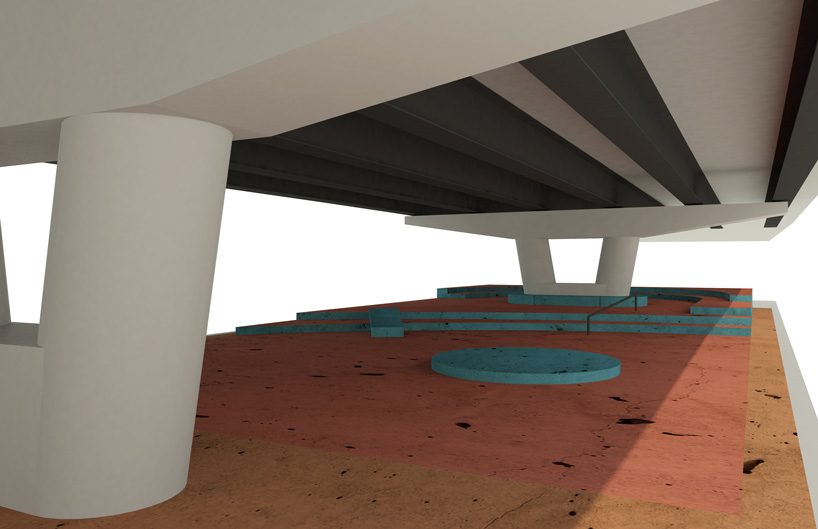 other collaborators: federation of skateboarding, tsekh

the skate spot is a part of the large scale ‘moscow street’ program for urban space renewal supported by the moscow government and recognised with ISOCARP and qatar sustainability awards.