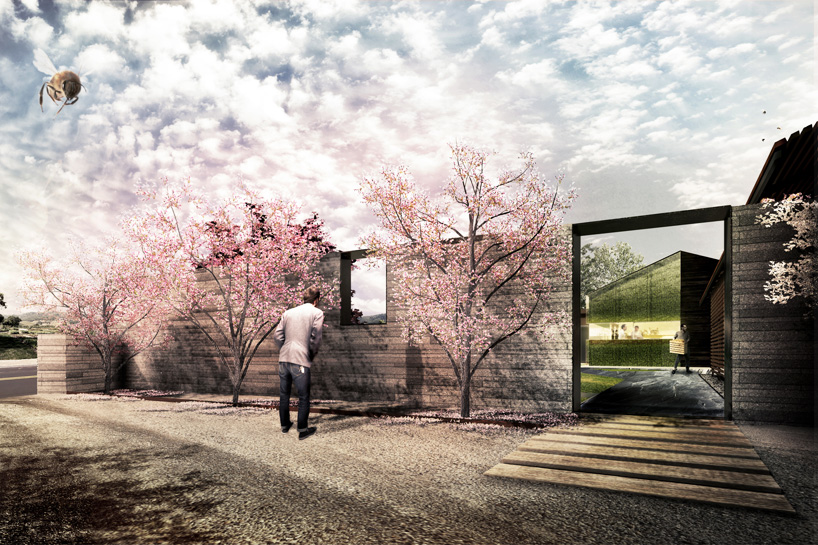 snøhetta has been chosen to overhaul the french laundry – thomas keller’s michelin star restaurant in napa county, california. snøhetta, who will serve as the lead design and landscape architect, will work in close collaboration with california-based firms envelopeA+D, as executive architect, and tim harrison of harrison & koellner as kitchen designer. once completed, the renovation will include an expanded kitchen and courtyard, an auxiliary building to house a wine cellar, and a new arrival experience designed to enhance the approach to the restaurant’s distinguished blue door. 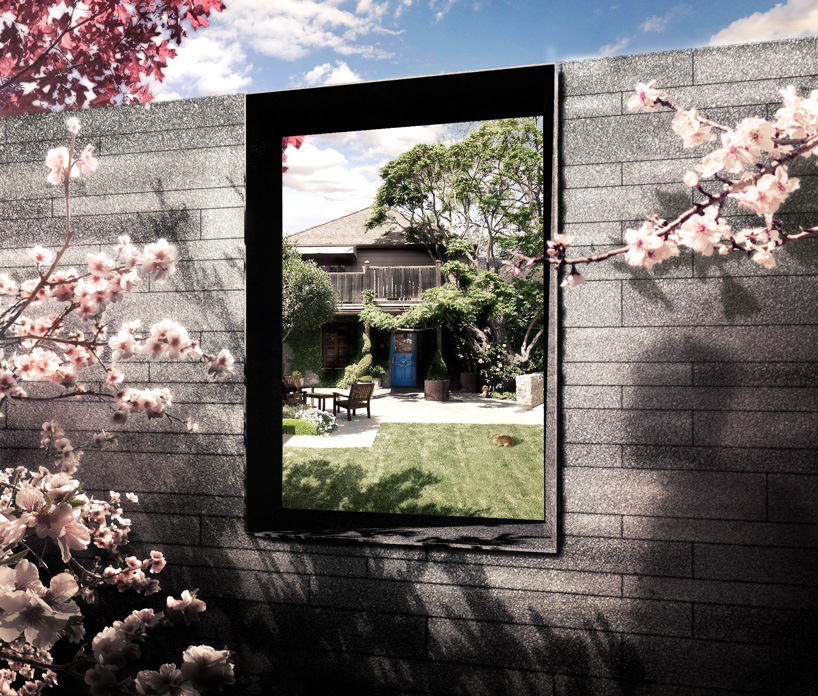 the landscape design doubles the size of the existing garden, providing a new vehicular drop-off entry that extends the guest experience to the street’s edge. the scheme frames views through a stone wall in order to orient guests towards the french laundry’s famous entrance. additionally, the new building’s exterior cladding features a frit pattern that has been developed from layering sketches based on the choreography of a chef’s hands at work. 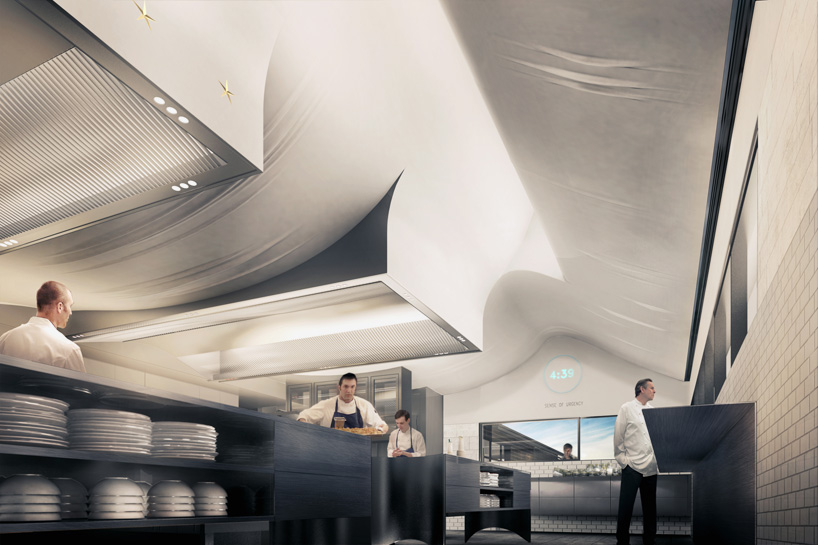 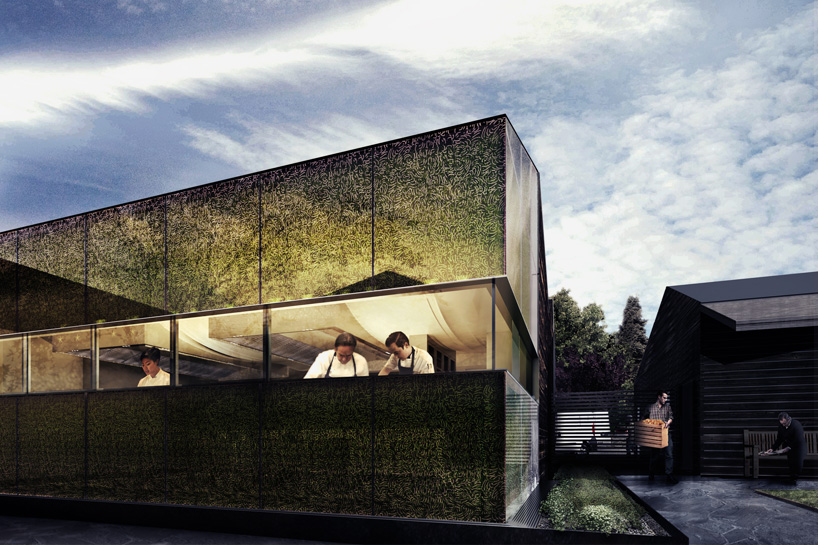 in addition to expanding the kitchen’s size by 25%, the remodeling makes for a more efficient use of space, creating one contiguous room for the entire culinary team. the construction of a new kitchen annex contains the french laundry’s support functions, while also boasting a 14,000 bottle cellar to store to the french laundry’s regarded wine collection. during construction, shipping containers will be used as modular units to accommodate a temporary kitchen in the restaurant’s former courtyard. 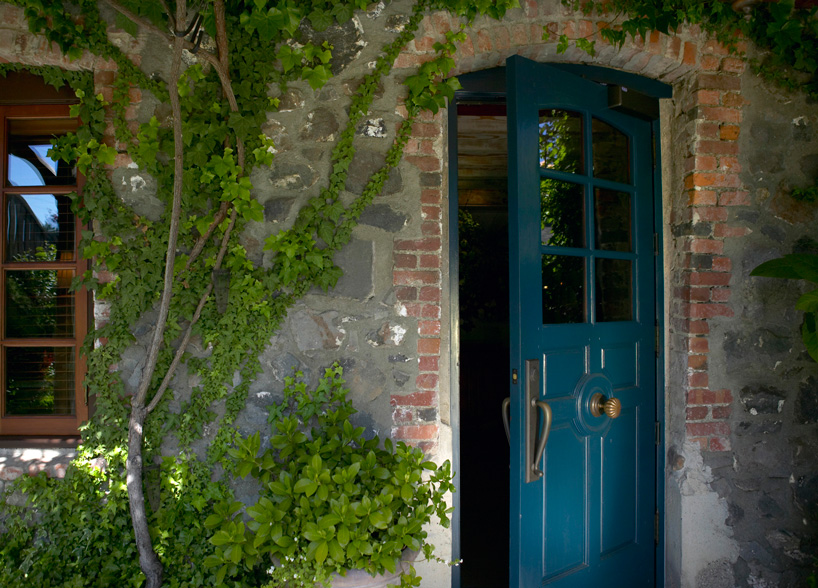