norwegian architectural studio snøhetta is one of six shortlisted firms for the design of ‘V&A at dundee‘, a new chapter of london’s victoria and albert museum in scotland.

taking advantage of the project’s site right next to the river tay, the design proposes to exploit and heighten this connection by building the museum to float on the surface of the water. a new public space is created which rises and falls in line with the perpetually changing river. the resulting direct relationship reverses the conventional relationship between the building and the water in that the urban fabric is no longer the fixed reference level but the changing dynamic in the design. 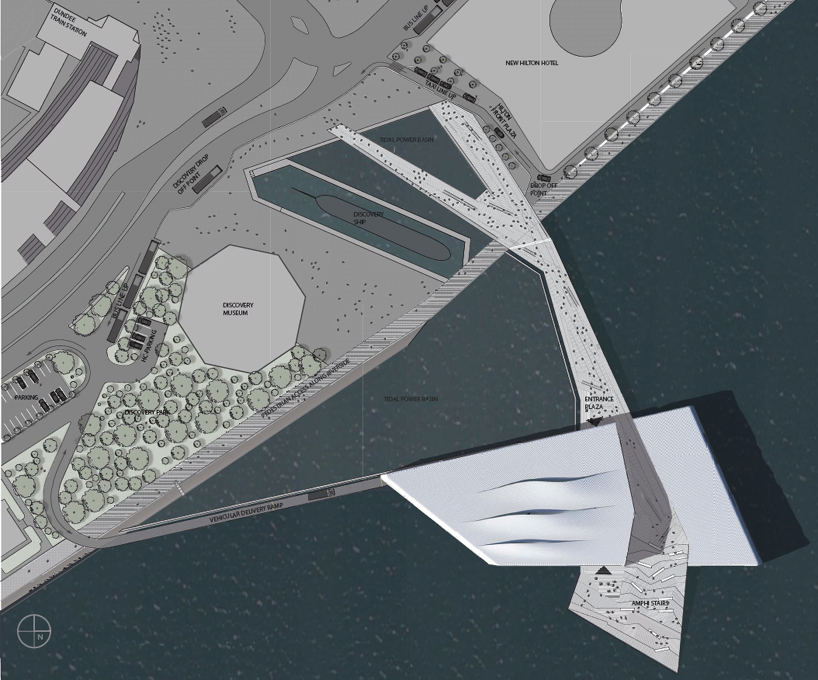 the entrance plaza is the first threshold to the museum experience. at the waterfront, it extends out to the union street axis to firmly anchor the floating building to the urban fabric. a broad boardwalk leads out from this area to the entrance of the center, becoming an important public spine to the design. on top of serving as a general arrival/departure location, the plaza cuts and continues through the museum, providing views into the main hall, gallery and practitioner spaces before spreading out into an active public space which include an urban beach. an upper deck to the plaza serves to host the ‘design in action spaces’ and restaurant.

between the spans of the boardwalk and service link, a ‘tidal basin’ generates energy from the water movement to the running costs and sustainability of the museum. 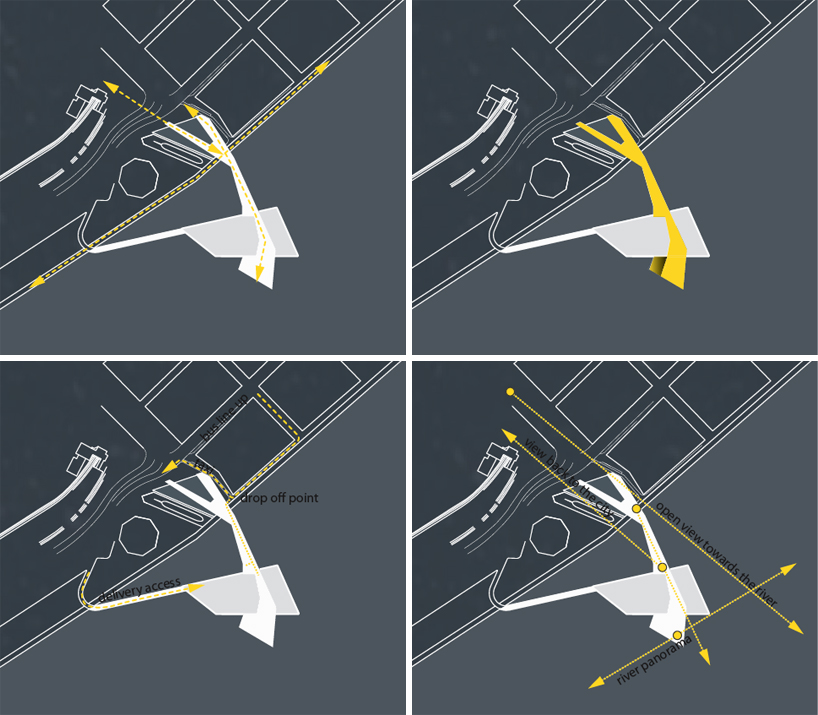 entering the museum, the visitors descend into the double-height main hall. the space, which spans the breadth of the building, frames views both to the river tay and back to the city of dundee. the centrally located hall links together all of the main public spaces, galleries 1 & 2 to the west, and galleries 3 & 4 with the design in action spaces to the east. in order to accommodate for larger exhibition and events, the gallery spaces are largely flexible and adaptable with the capacity to open up and join the main hall. 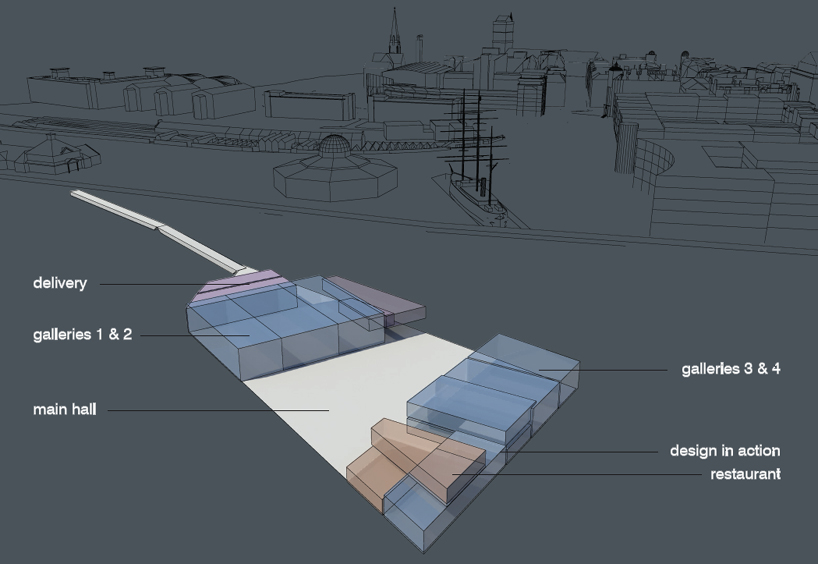 organization of the gallery 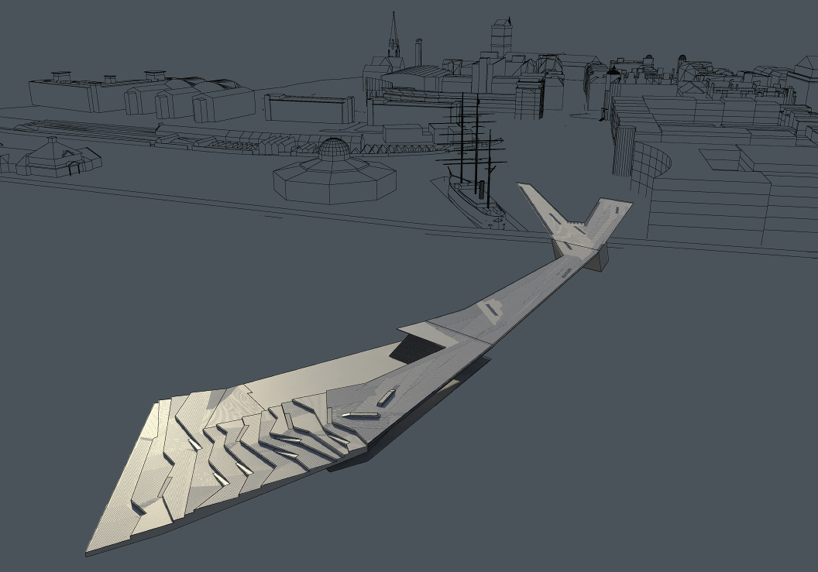 in order to further emphasize and maximize the position of the building on the river, the vertical facades and roof are subtly angled to reflect the light from the water’s surface and the sky above. the outer skin features convex moulded glass elements to prismatically reflect the conditions of its surrounding. behind the glass skin, the inner facade varies in opacity to control the amount of direct sunlight and views to the spaces within the building. across the roof of the main galleries, the outer cladding peels away to further facilitate the natural day lighting effect. 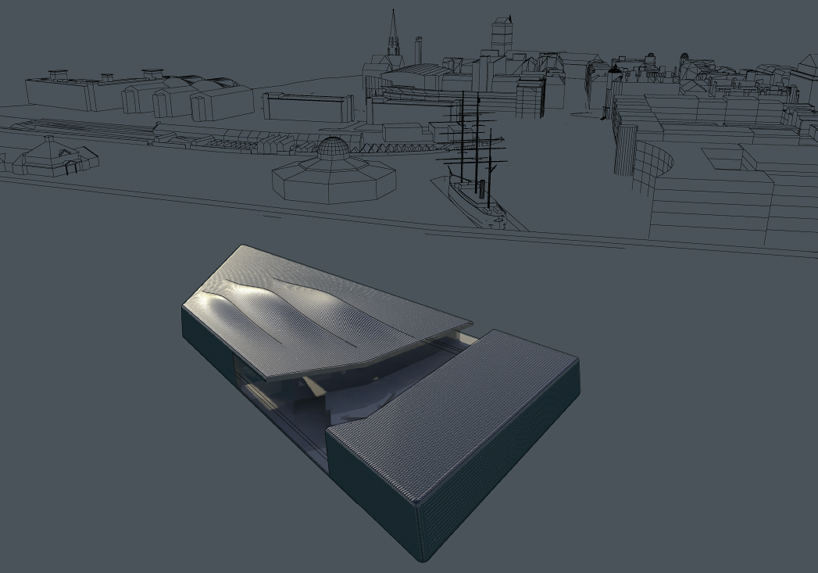 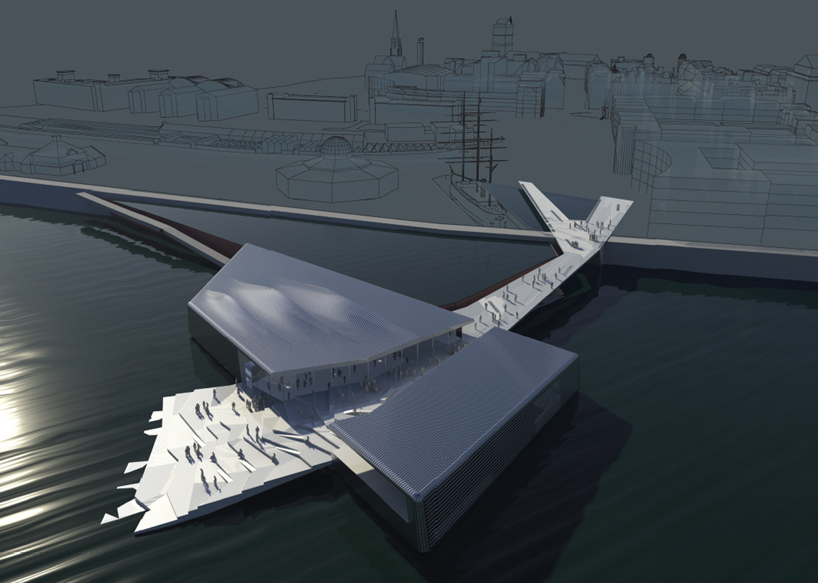 at high tide, the building rises up with the water level. the plaza angles towards the city.

at low tide, the building lowers itself with the water level. the plaza angles towards the building. 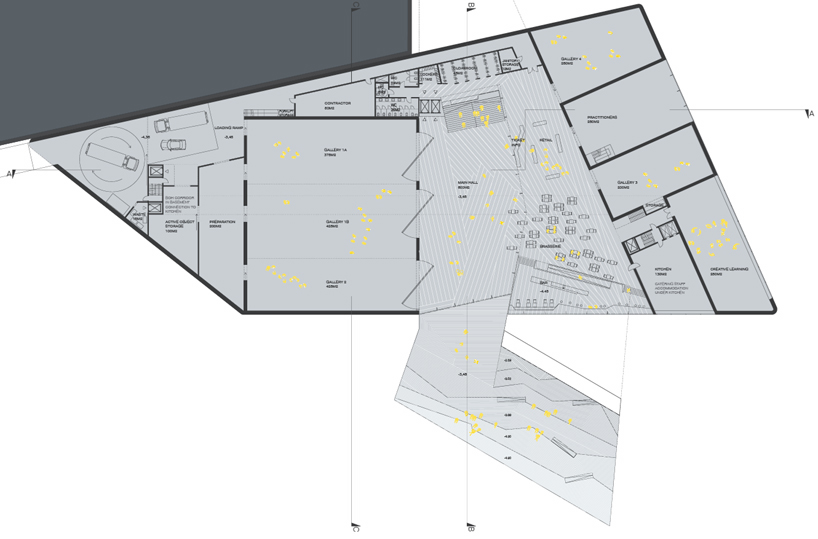 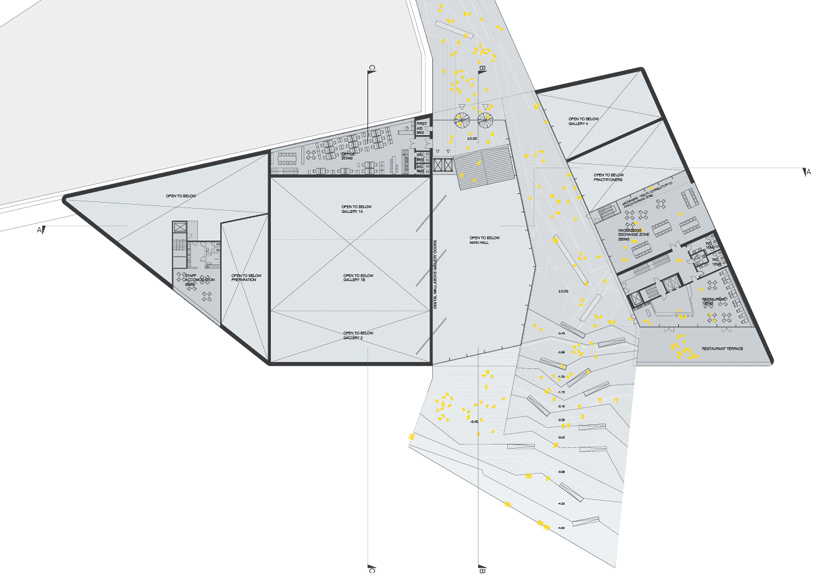 V AND A DUNDEE DESIGN COMPETITION (5) 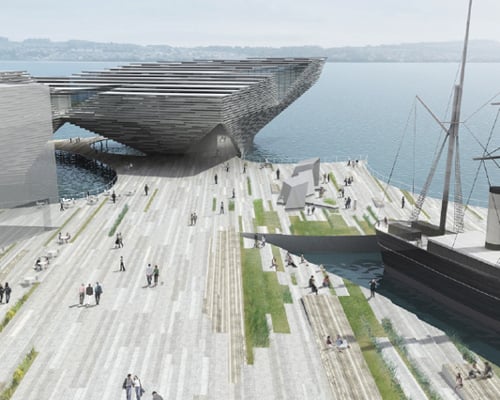 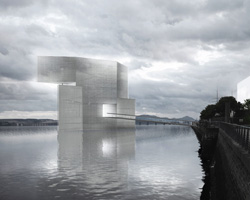 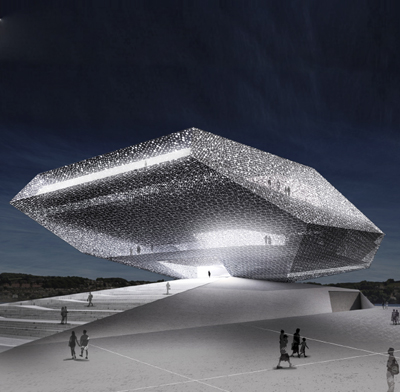 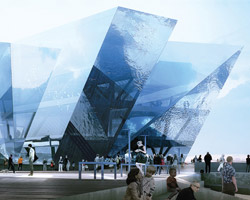