snøhetta announces its success in a recent competition to design the xingtai grand theater in china. the winning project, which forms part of a new masterplan for the hebei province, intends to create a new cultural beacon for the rapidly modernizing city of xingtai. combining contemporary architecture with ancient eastern chinese philosophy, the first-prize scheme strives to provide for the burgeoning area while respecting the traditions of one of china’s oldest cities.

‘xingtai is looking towards the future while remaining grounded in its rich history’, says snøhetta founder kjetil trædal thorsen. ‘the grand theater is an important cultural initiative to carry forward this city’s legacy and culture.’ 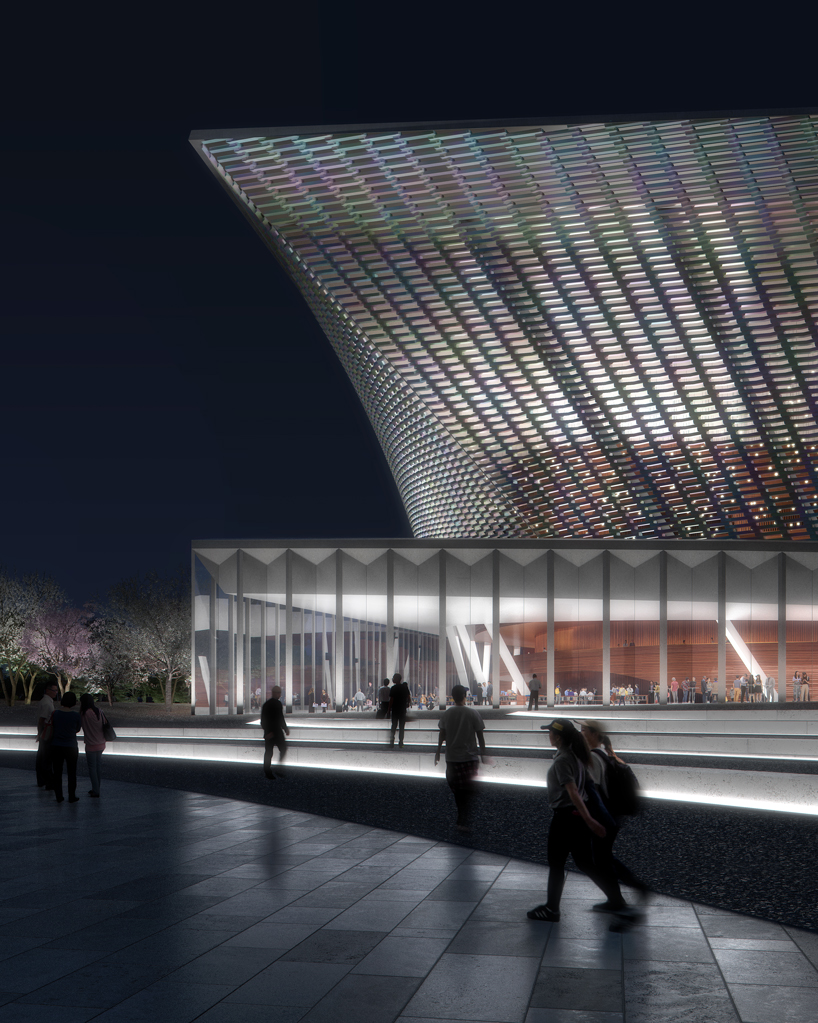 the program of the proposed intervention includes not only the huge theater itself, but also a science and technology museum, a circular event plaza and a central ‘eco-park’, creating a generous space of interaction and creativity within a ‘grand circle promenade’. expressed as a sweeping circular form, this promenade works to link all the different functions while providing an expansive public space for local residents or visitors to enjoy the space around the grand theater without necessarily being a ticket-holder.

the architecture is inspired by the ancient eastern chinese philosophy of ‘tian yuan di fang’, which refers to a round sky and square earth. the round sky represents organic moving elements, such as the moon and the stars, whereas the square earth represents the stable ground. the design pays tribute to this idiom by incorporating all these elements in between heaven and earth, from the macro level of the science museum and park, to the micro-level where activities happen in between, inside, outside, on top of, or between the buildings. 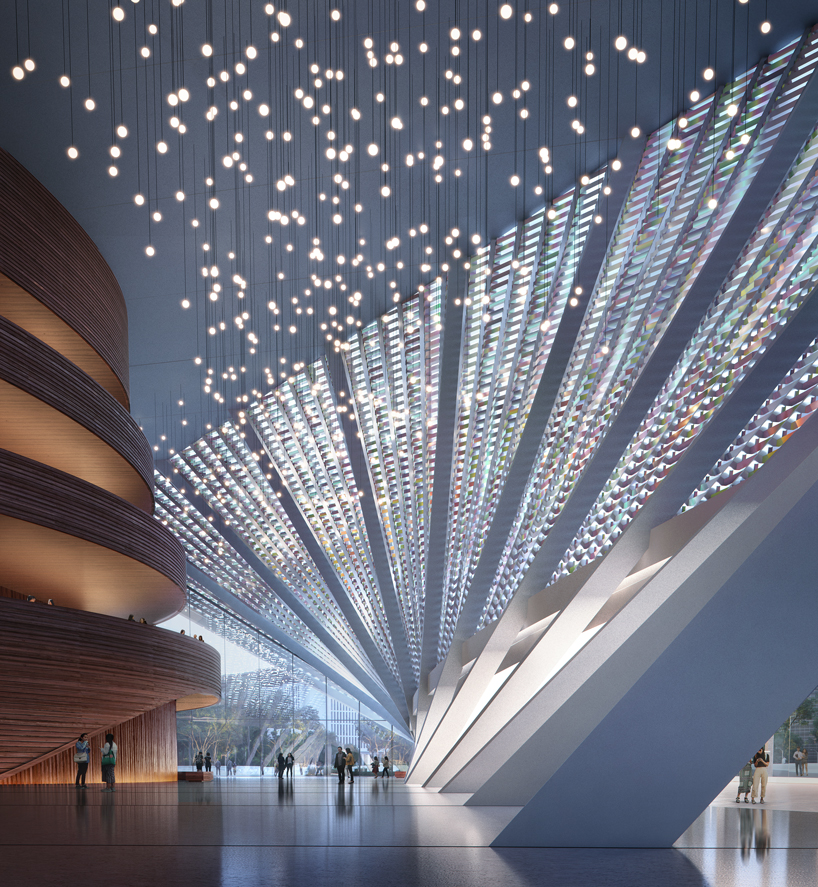 the focal point of the new development emerges from the grand circle promenade in the form of the xingtai grand theater. the design references the city’s early advances in technology with a large reflective pool, which a walkway circles around before extending into the building itself, all the way to an outdoor roof plaza on top of the theater, providing impressive views over the new cultural masterplan. 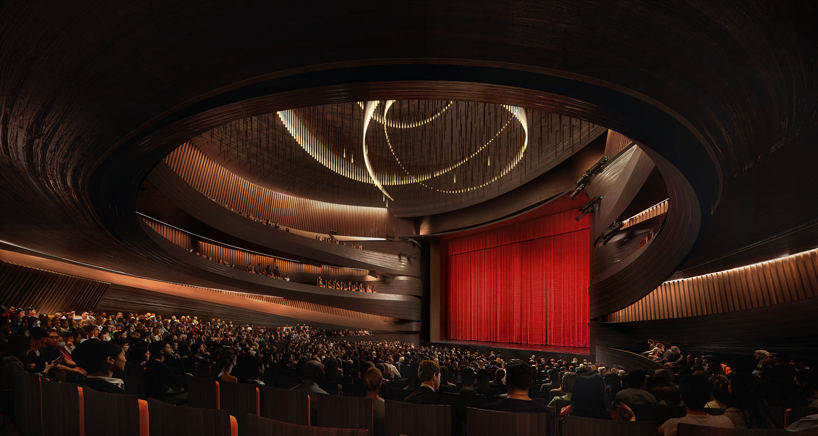 the building’s ceramic façade pays tribute to xingtai’s rich porcelain manufacturing history, sweeping across the space and providing shade and cover for the pathway, as well as diffused lighting in the interior lobby. the grand theater’s structural slanted columns array at full height along the elevation as a singular system, and the circular pathway mitigates itself along a square perimeter, rising to the outdoor roof plaza at 22.5 meters above ground. 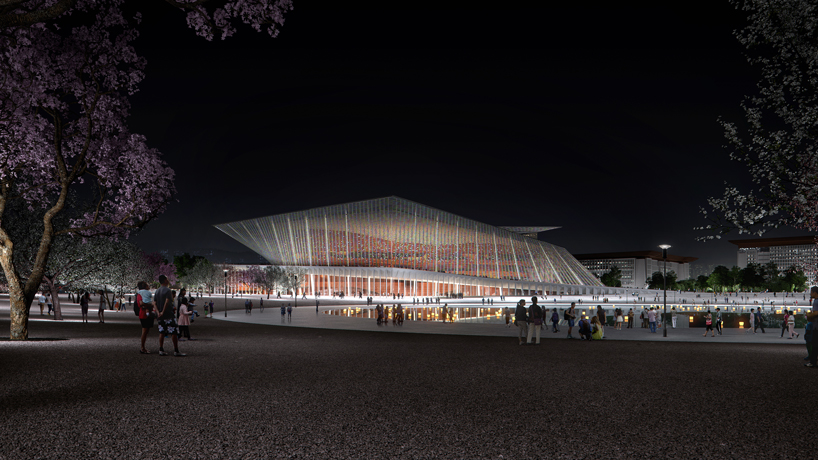 the grand theater in essence aims to serve as a space for performances from all around the world, but also where life and activities organically aggregate around it. from the grand circle promenade that can be used for picnic gatherings and family activities to the outdoor amphitheater that welcomes spontaneous impromptu practice sessions. as part of a grand masterplan, the new development and its surrounding neighborhood invites people inside and is expected to become a significant landmark for both future residents and visitors of xingtai.