during the frigid, mid-winter months in ontario, you won’t find toronto’s kew beach lined with sunbathers and swimmers. instead, in an effort to bring torontonians outdoors and promote community and cultural activities in public space, RAW design, ferris + associates and curio have teamed up to introduce ‘winter stations‘ an open, international design competition. the creative contest invites artists, designers, architects to reimagine the snow-capped landscape by turning utilitarian lifeguard stations sited along the beach into whimsical pieces of wintertime art.

the competition sees five interactive ‘warming huts’ repurpose toronto’s waterfront. ‘snowcone’ — designed by fourth year students diana koncan and lily jeon at the department of architectural science, ryerson — has been realized with the help of  15 other students, fabricated in house for 3 weeks, then re-assembled on site in 6 hours with a material palette of steel conduits, zip-ties, comotex, and colored acrylic. the shape mimics the protective organic form of a pinecone and unites it with the simple technology of an igloo.

the design adapts in response to the unpredictable toronto winter weather: in the sun, ‘snowcone’ becomes a multicolor greenhouse that filters in vibrantly hued light, just like stained glass. in stormy situations, its white petal-shaped apertures collect and redistribute snow to further insulate the interior, like an igloo. petals retract, protecting the structure on the windward side, and open up to views on the eastern side. the installations remain open to the public until march 20, 2015. 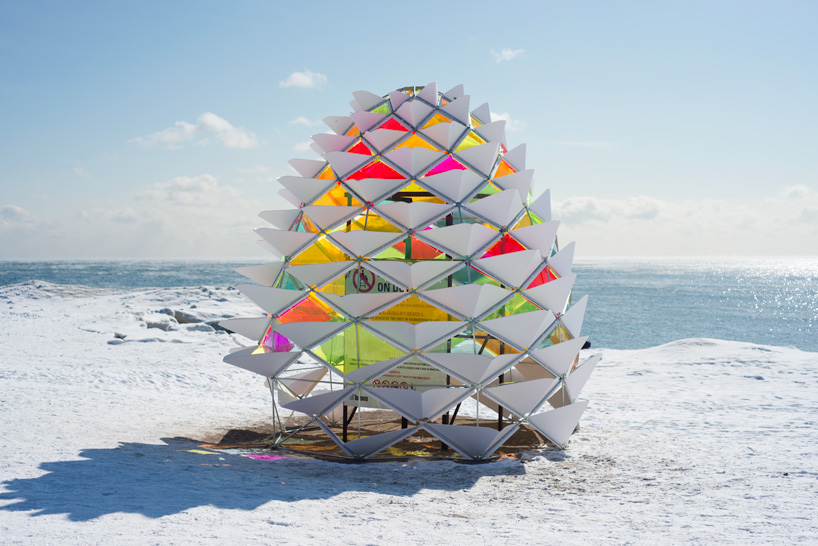 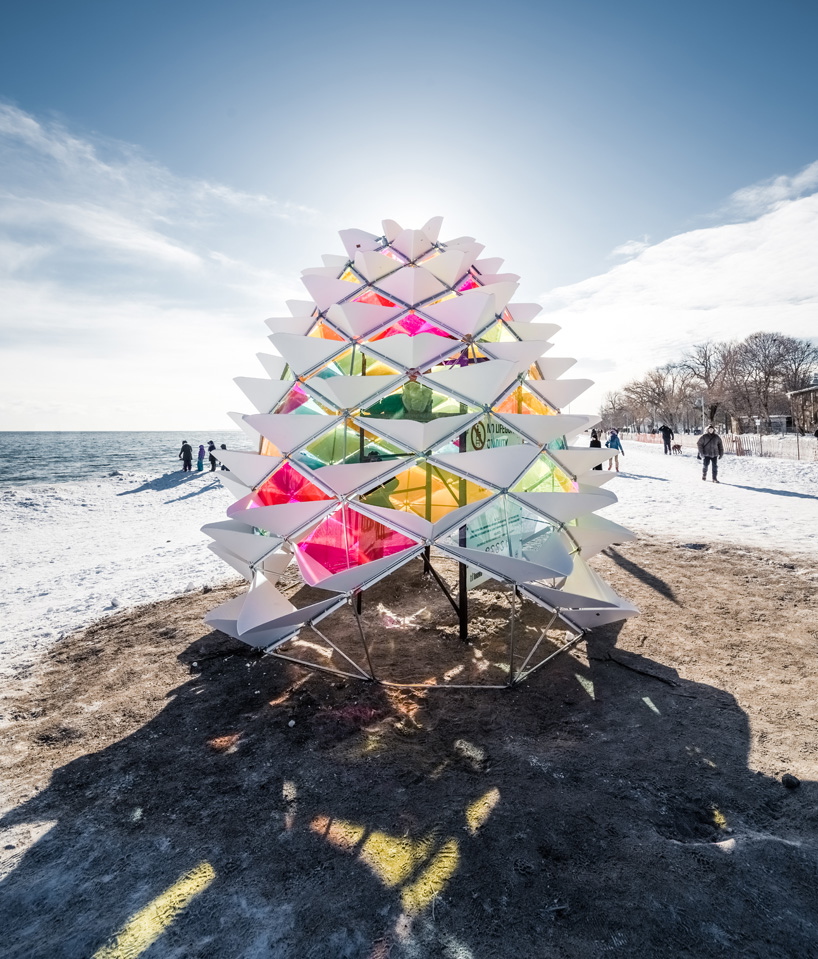 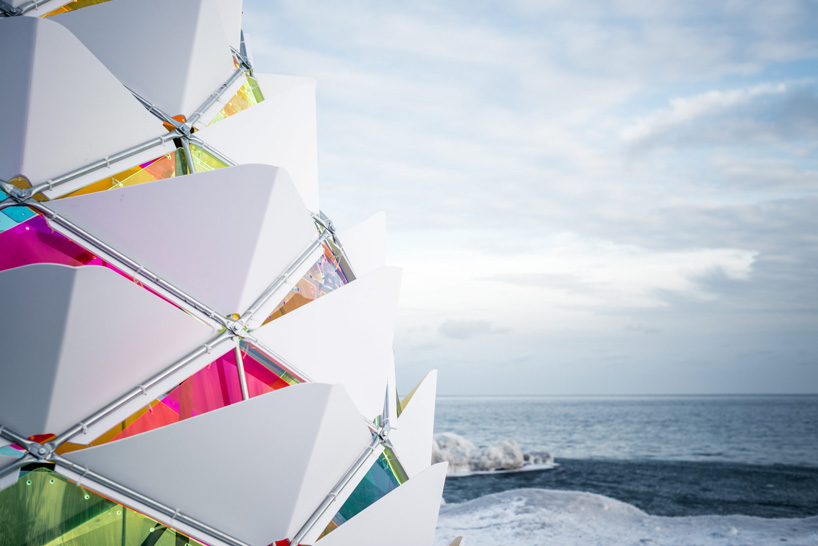 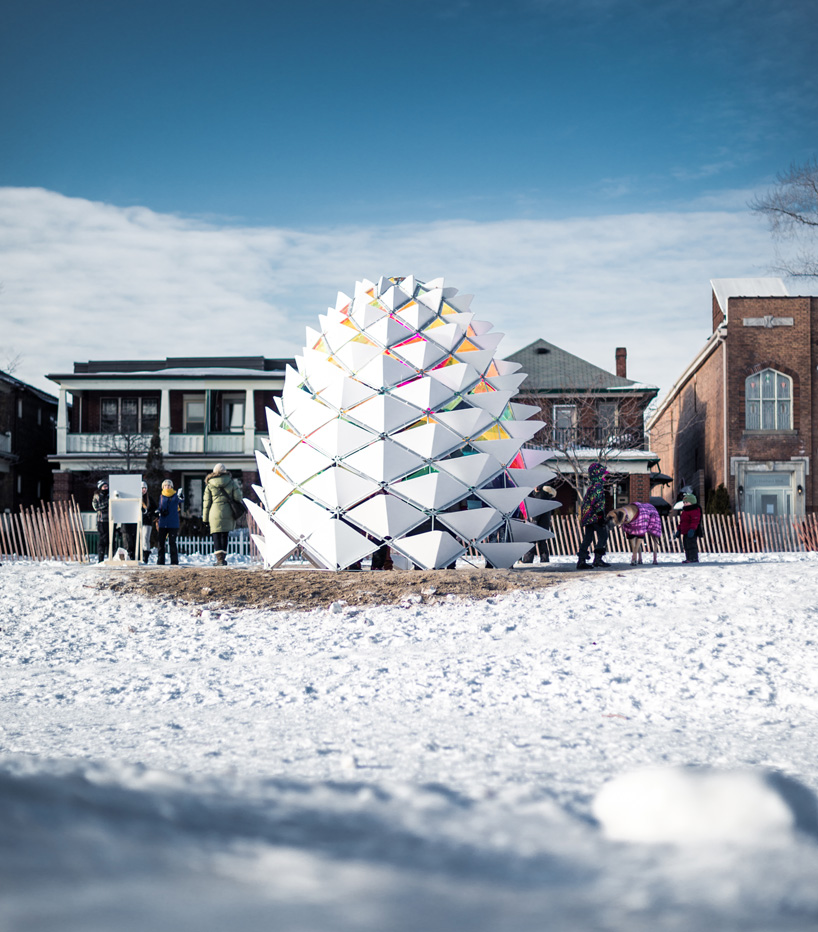 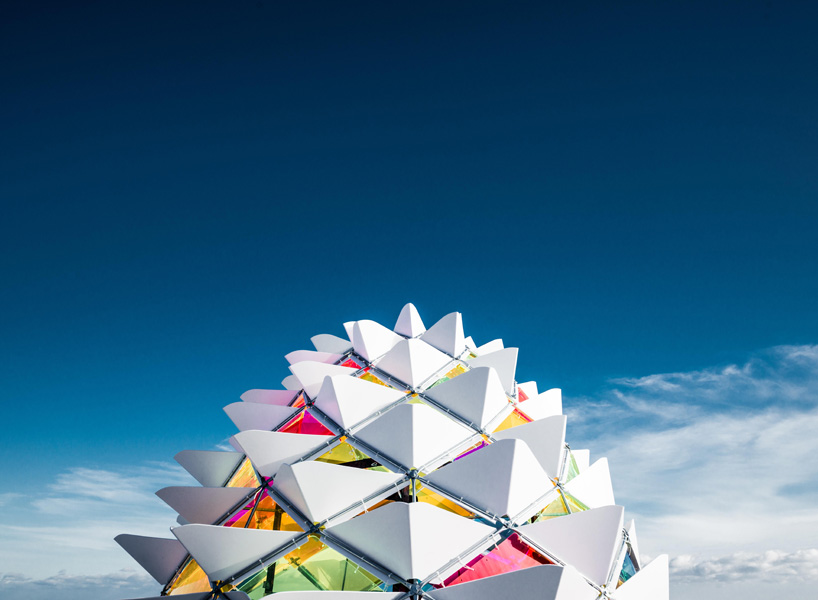 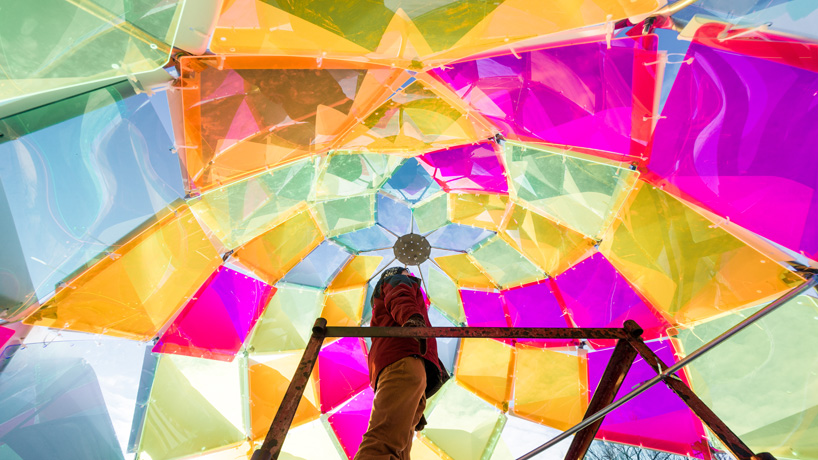 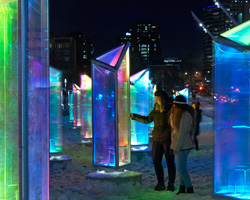 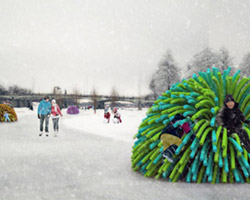