new york-based firm SO-IL has shared its competition entry for berlin’s nationalgalerie20, with a proposal that seeks to redefine the museum as an open structure.

earlier this week, herzog & de meuron were chosen to construct the new museum building as part of the city’s famed kulturforum complex in germany. intended as a ‘place of encounter’, the structure will provide increased and additional gallery space for mies van der rohe’s adjacent neue nationalgalerie — which has become too small to properly exhibit the museum’s artwork. 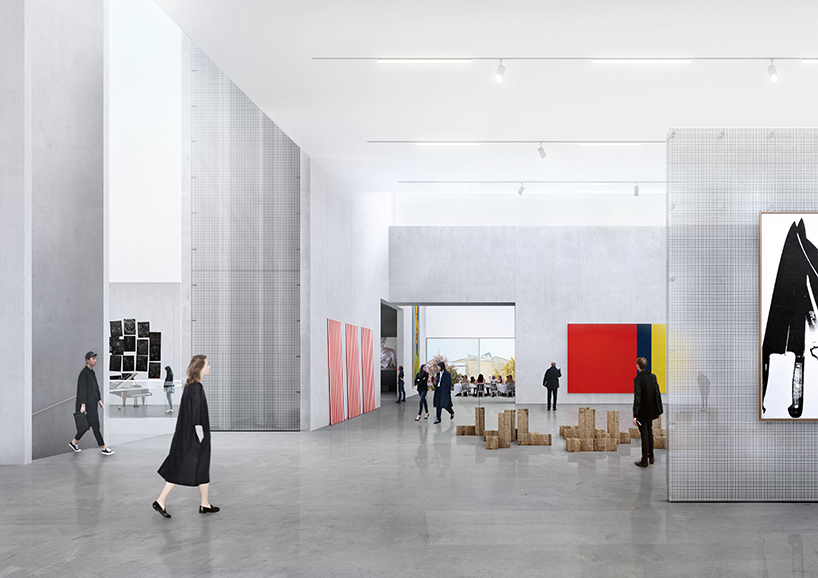 all images courtesy of SO-IL

SO-IL’s design intends to advance the museum typology, shifting it from ‘a passive repository of sacred objects’ to a ‘space of public exchange that embraces the complexity of today’. rather than static rooms, a series of shifting wall partitions form the buildings framework. this dynamic spatial system opens up new sightlines throughout the museum. 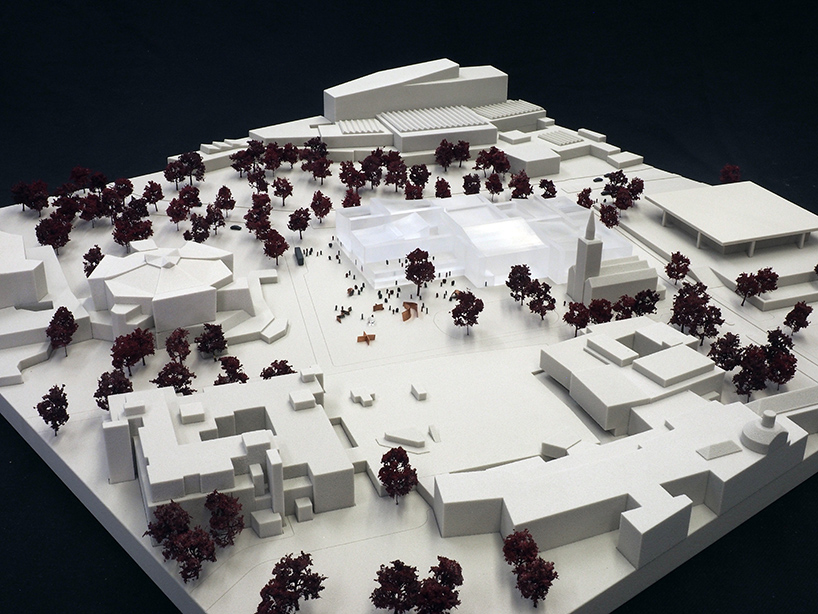 the site is surrounded by city landmarks 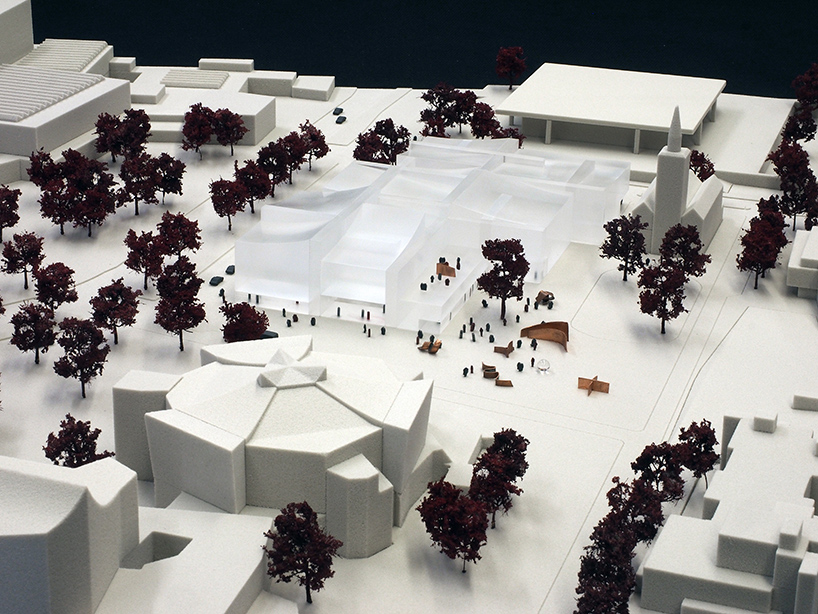 in contrast to mies’ neue nationalgalerie, the museum structure has been placed on equal footing with the rest of the city. ‘the future art museum is not isolated and exclusive, but open and permeable,’ says SO-IL. ‘not a static shrine, but a constantly evolving public event.’ the main volume is broken down into three ‘shifting frames’, creating a surface for interaction between institutional and urban life. the building’s massing is also a direct response to neighboring structures, unified beneath a continuous cloak. 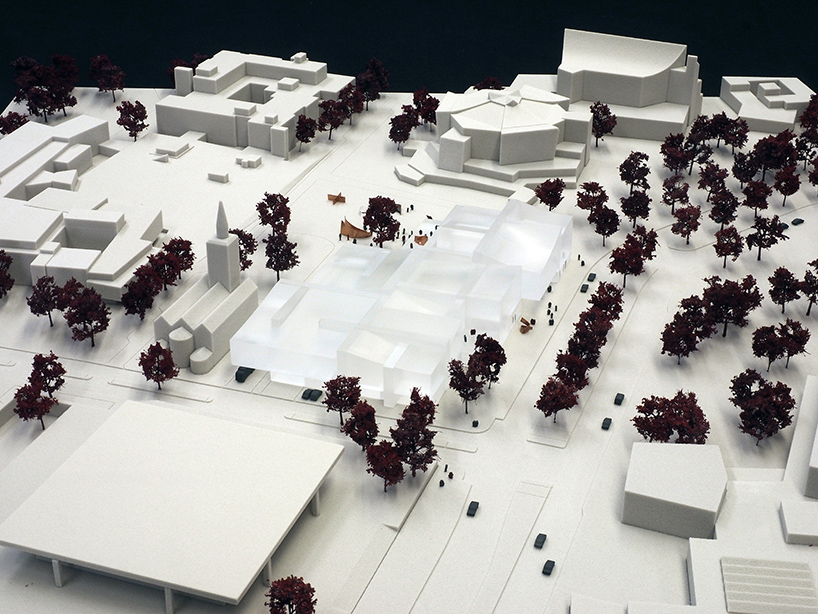 the building’s massing is unified beneath a continuous cloak 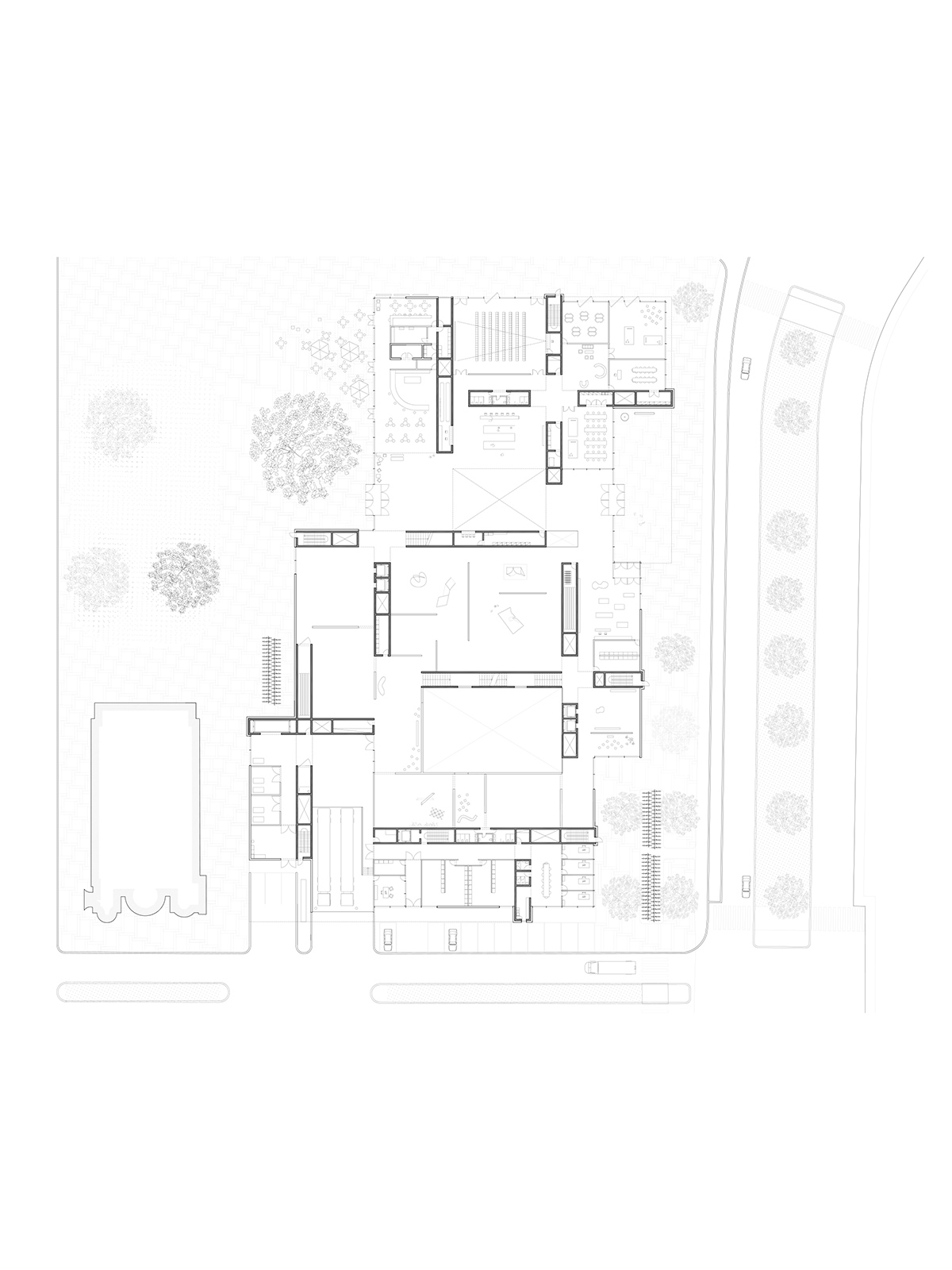 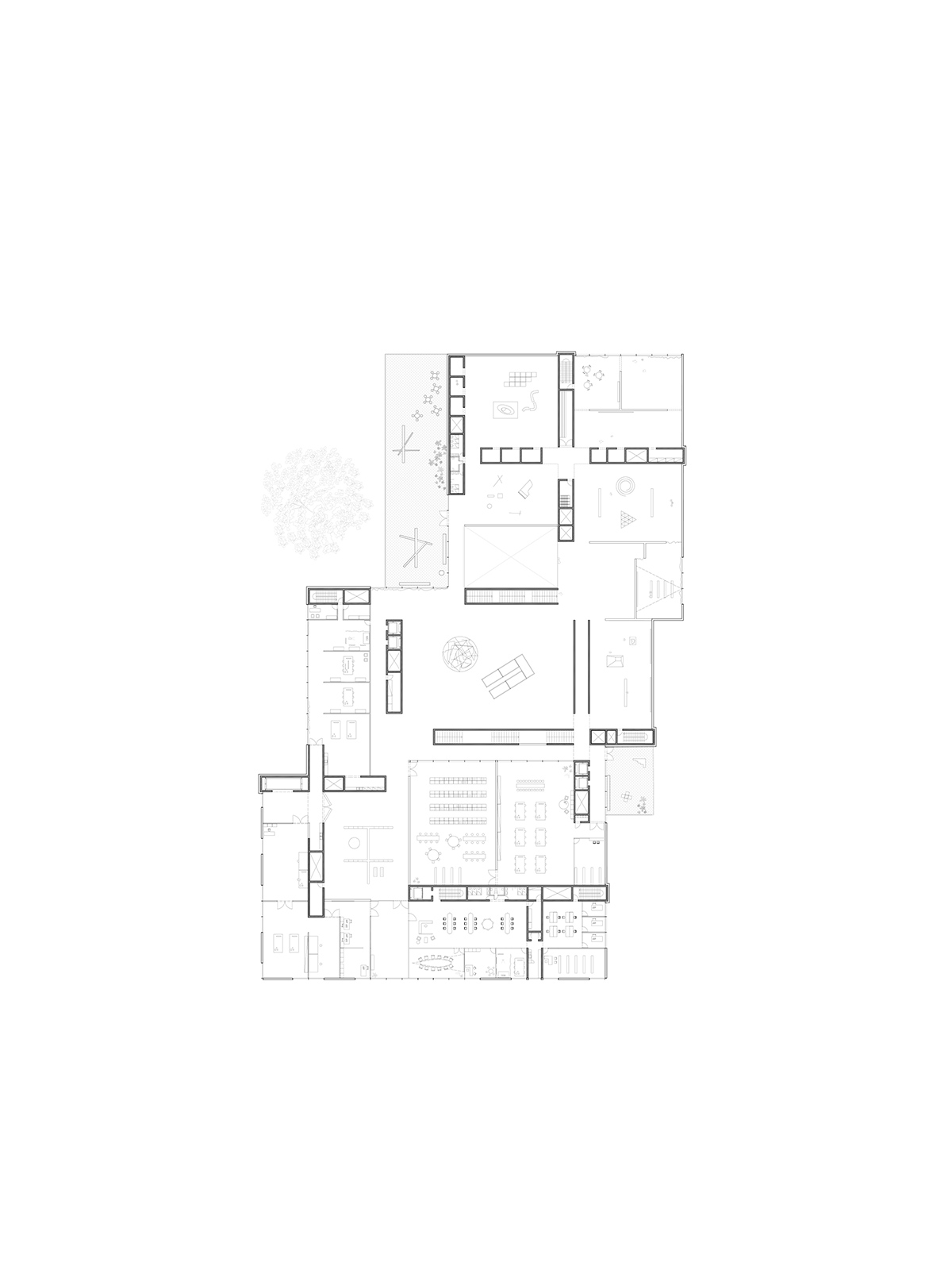 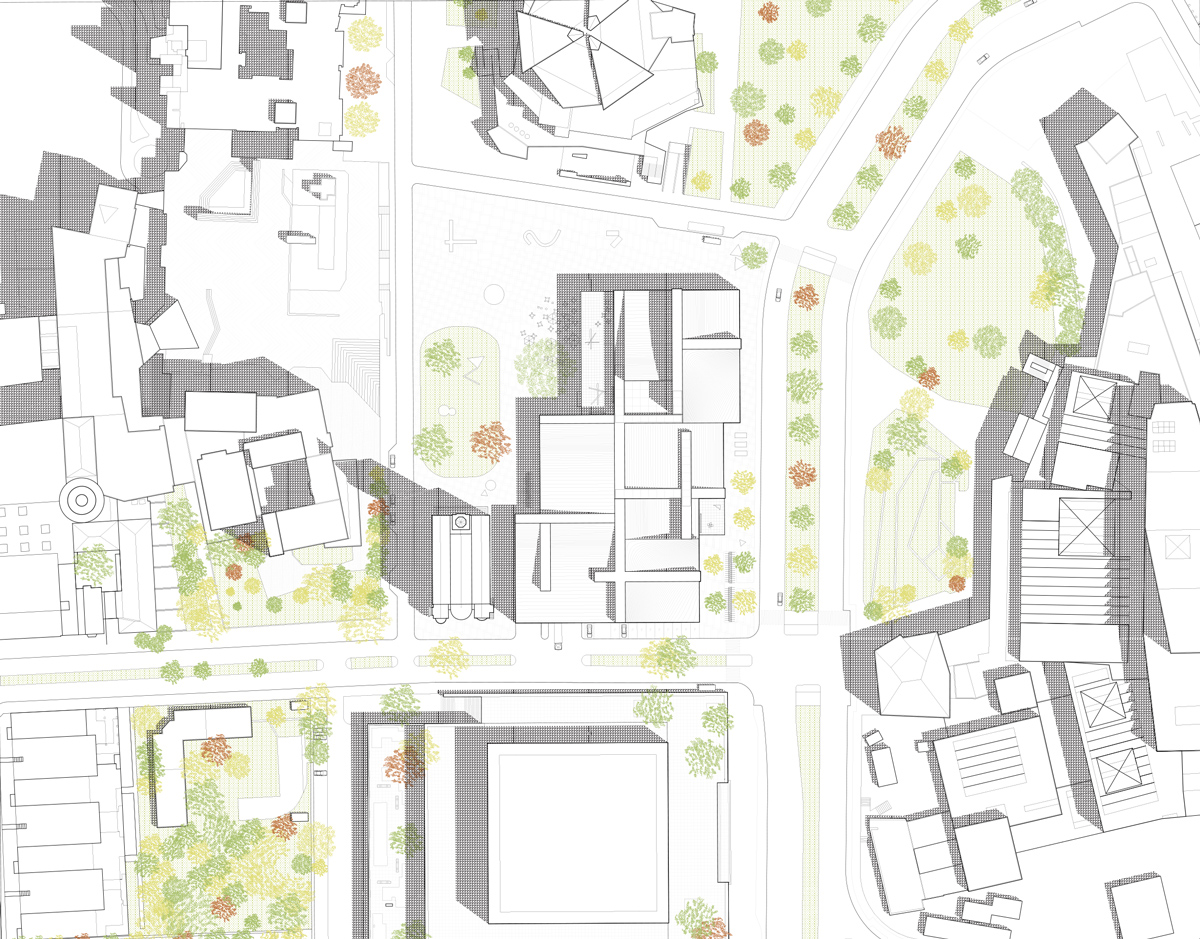 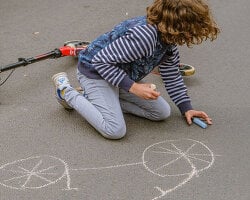 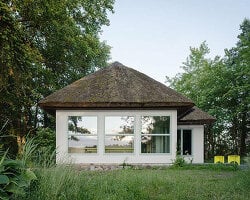 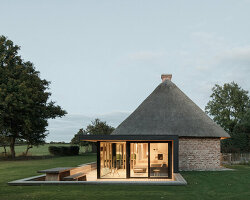 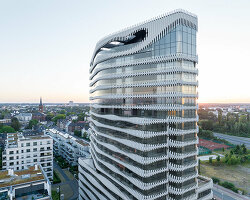 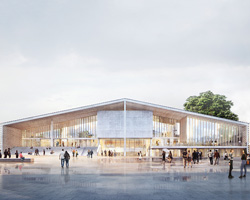 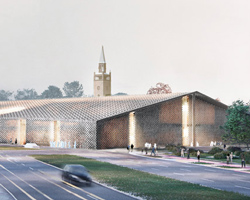 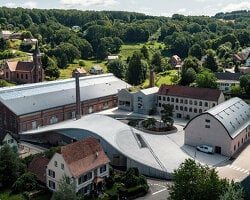