french practice SOA architectes has just shared with us their newest project in paris, the ‘thermopyles social housing and transition house.’ the project is located on a site flanked by two contrasting streets and urban contexts; to the north, a mix of medium-height structures four to five stories tallclad in grey and red brick masonry, to the south, a typical parisian street marked by rows of haussmannian facades. the brief therefore called for the building to respond to these parameters and gave the opportunity to fuse the two towards the middle of the property line. as the project consists of two differing programs on two differing streets, it only made sense to visually and spatially represent this through two different constructions manifested into two medium sized towers connected by a sunken rooftop terrace. a private walkway provides more intimate access to both areas of the program from the public streets, also offering access to the hidden inner garden.

the poplar clad transition house contains 17 smaller-sized units, facing the south end of the site. more warm and inviting, the checkered sectionsof vertical planks and thinly-spaced louvers resonate harmoniously with the surrounding and integrated vegetation. the communal living and meeting room are situated on the ground floor with the possibility to spill out onto the exterior courtyard to accommodate larger gatherings within the complex.the social housing construct on the other end contains 14 larger units, some with terraces, dotted with taller windows to absorb as much daylight as possible. representing the harder urban front, the surface is covered with checkered panels of smooth and thermo-moulded studded corian panels and steelwindow frames. 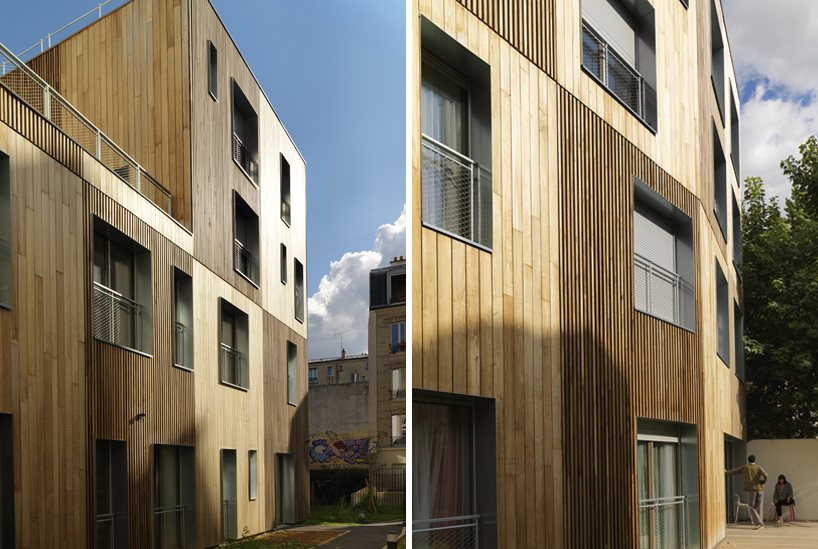 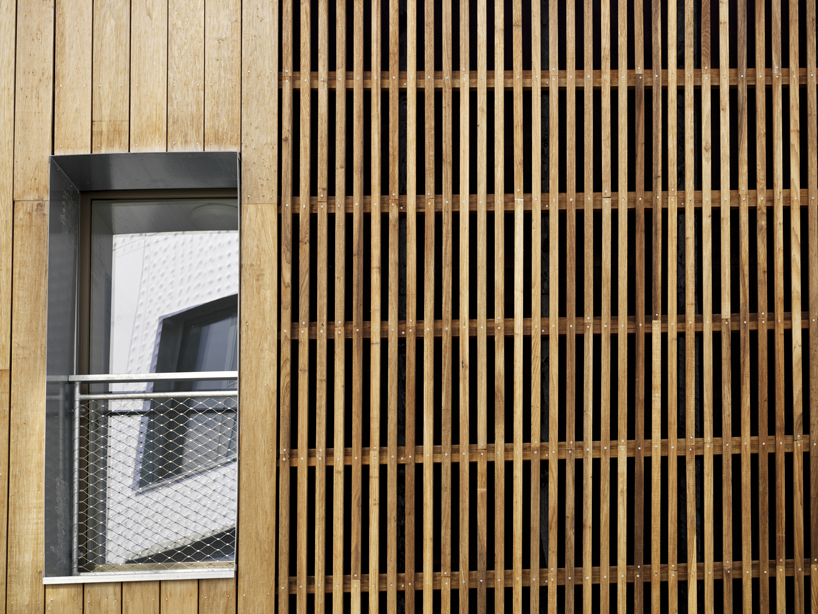 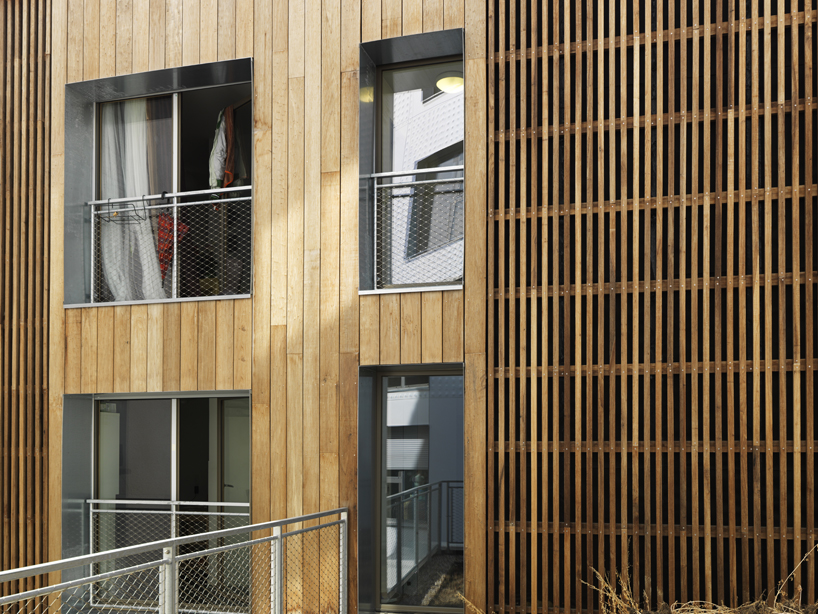 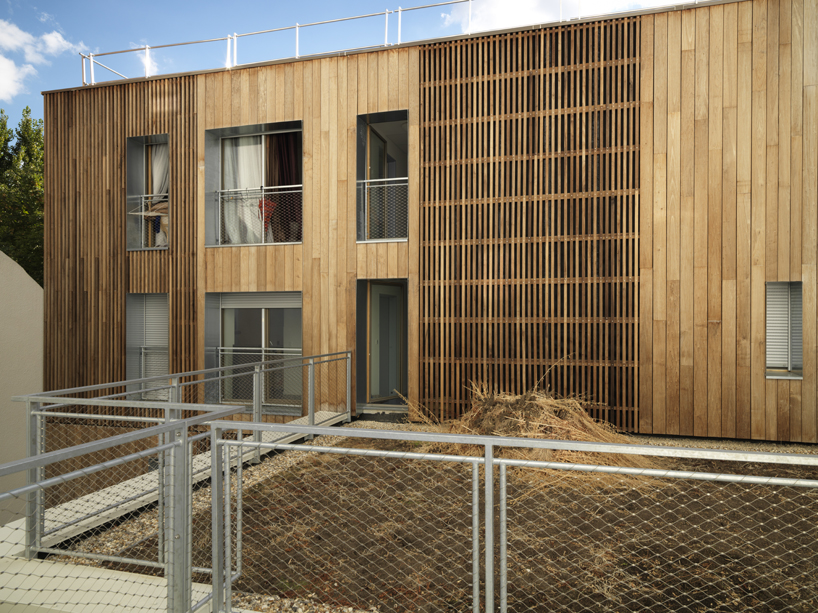 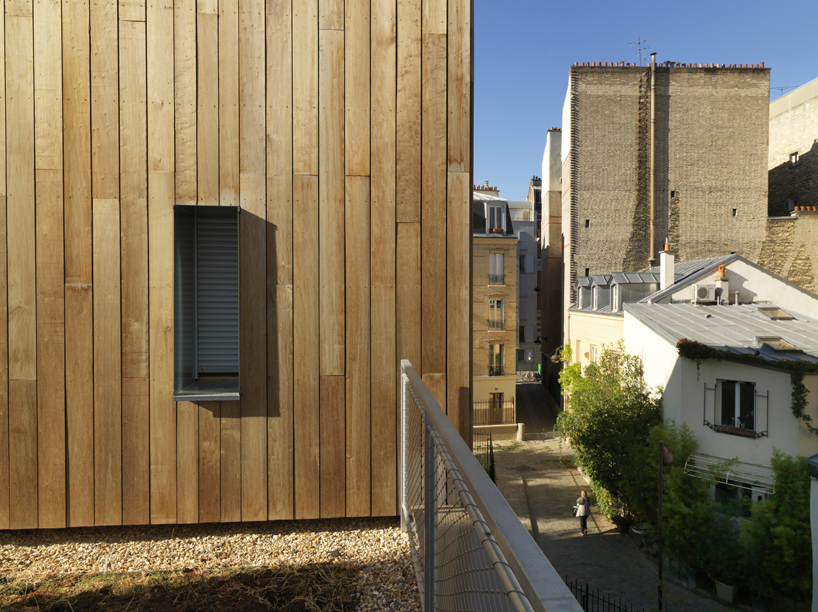 view to the private street from the rooftop terraceimage © cyrille weiner 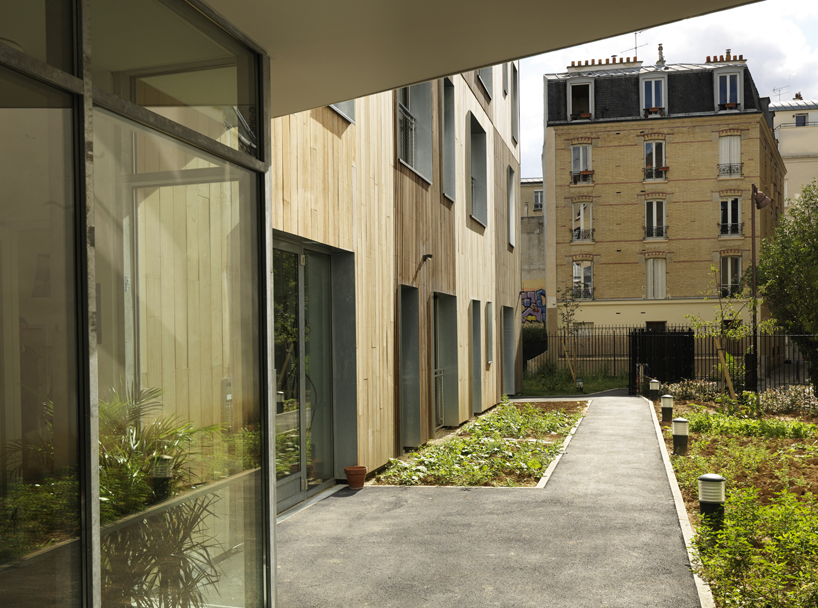 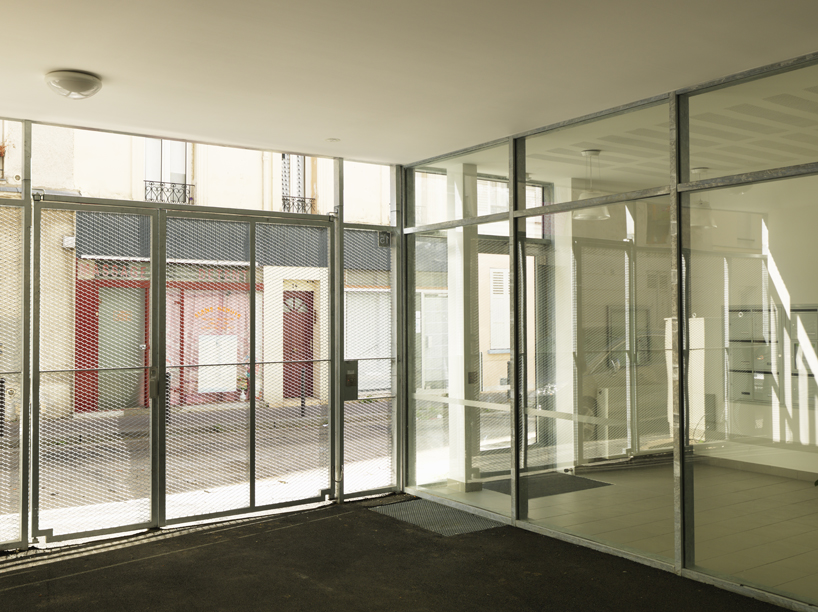 door for vehicles, entrance on the northimage © cyrille weiner 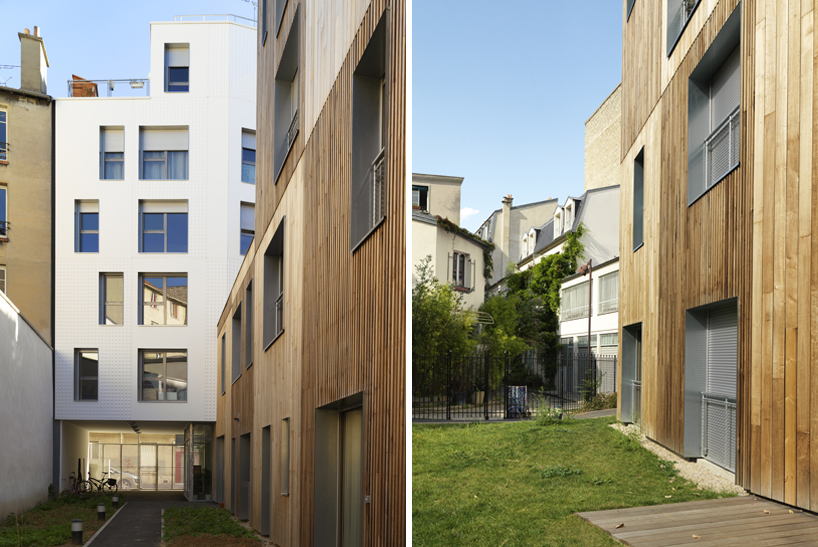 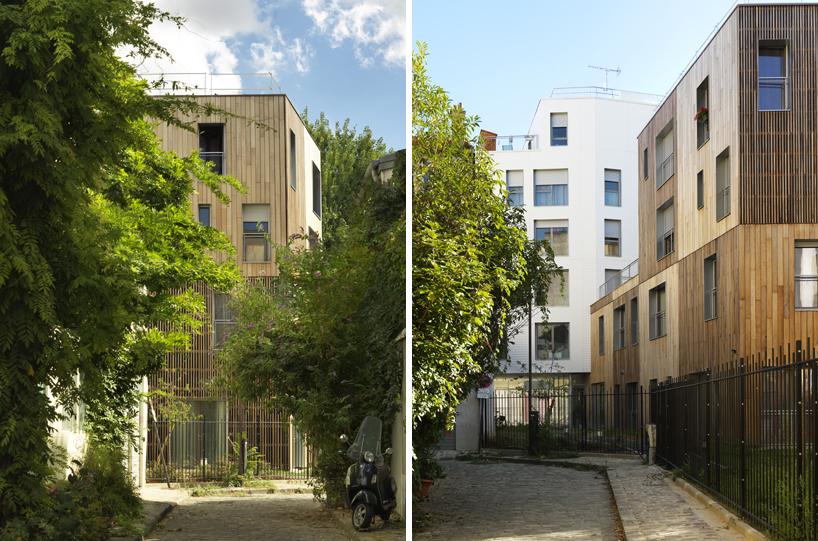 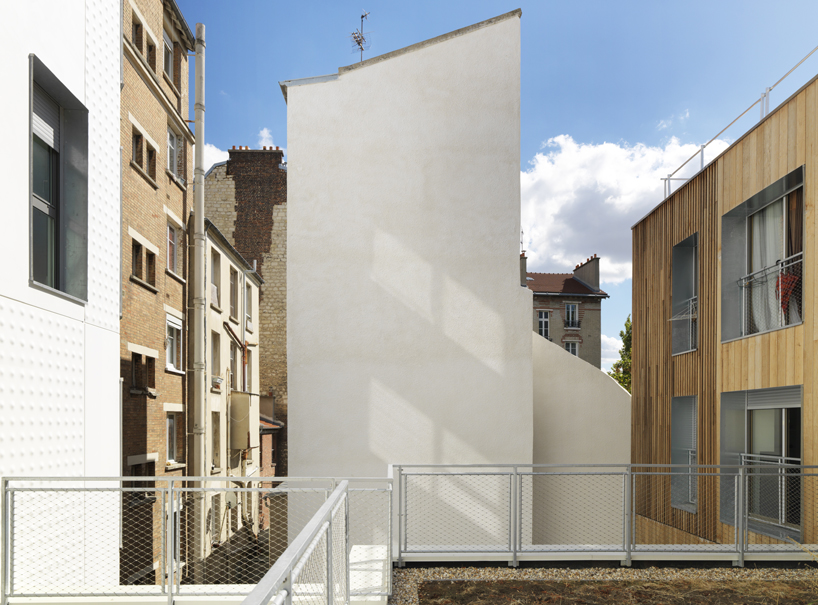 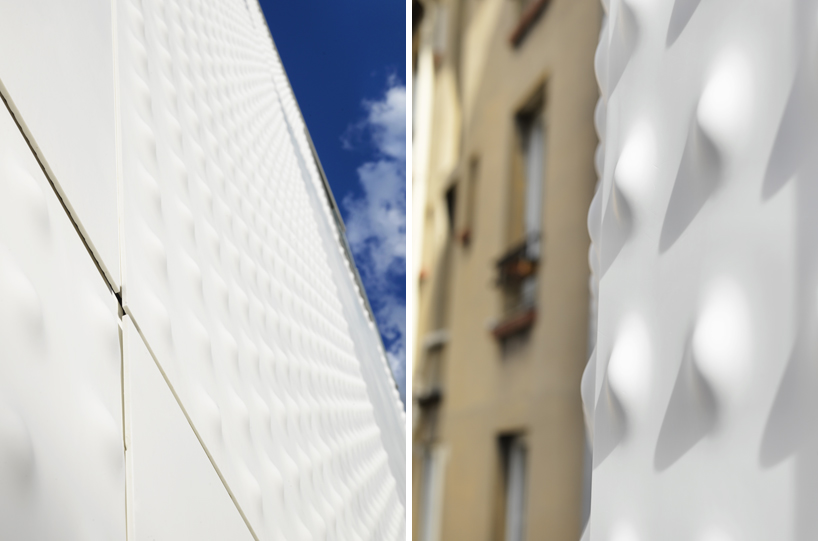 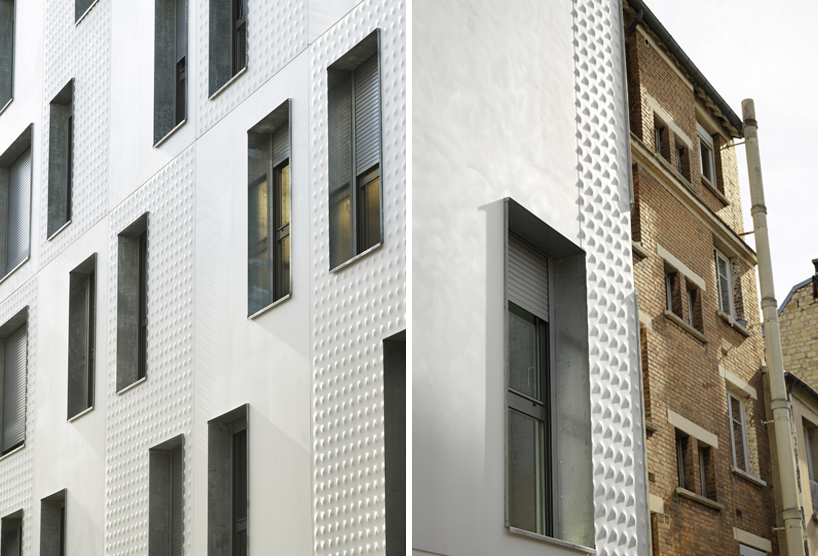 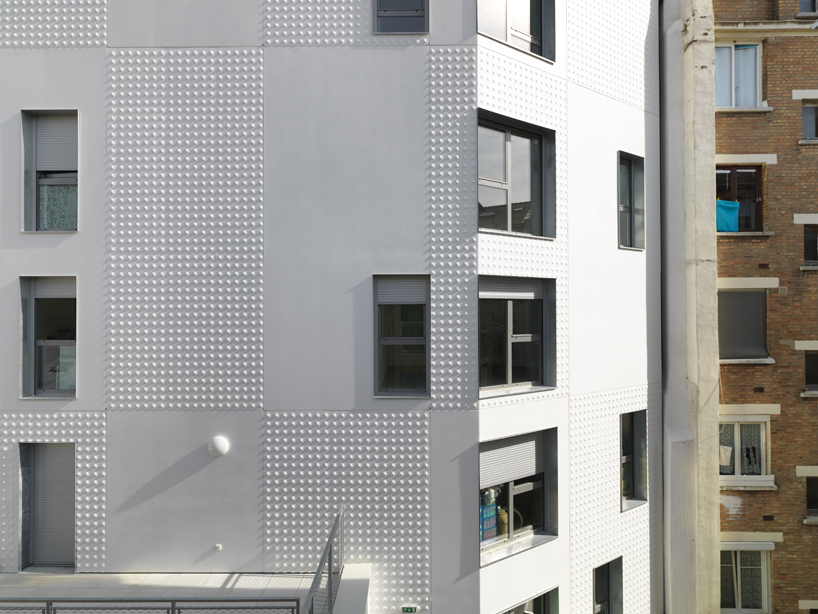 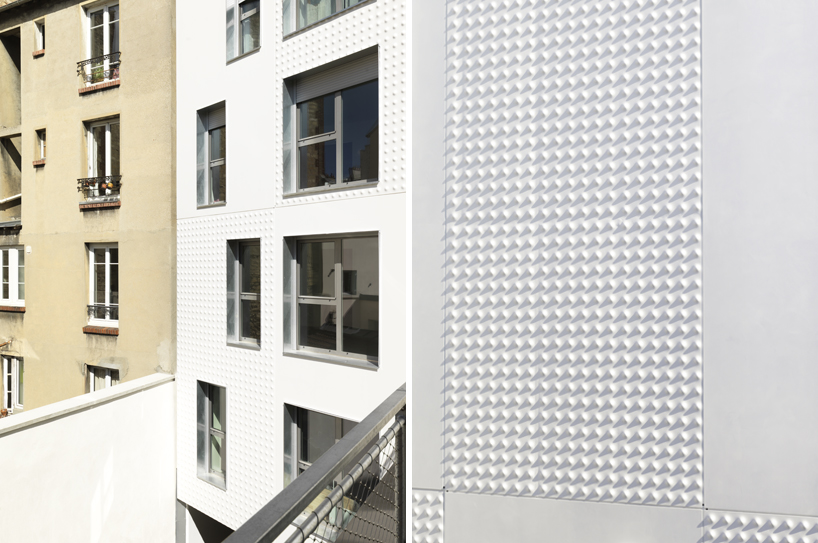 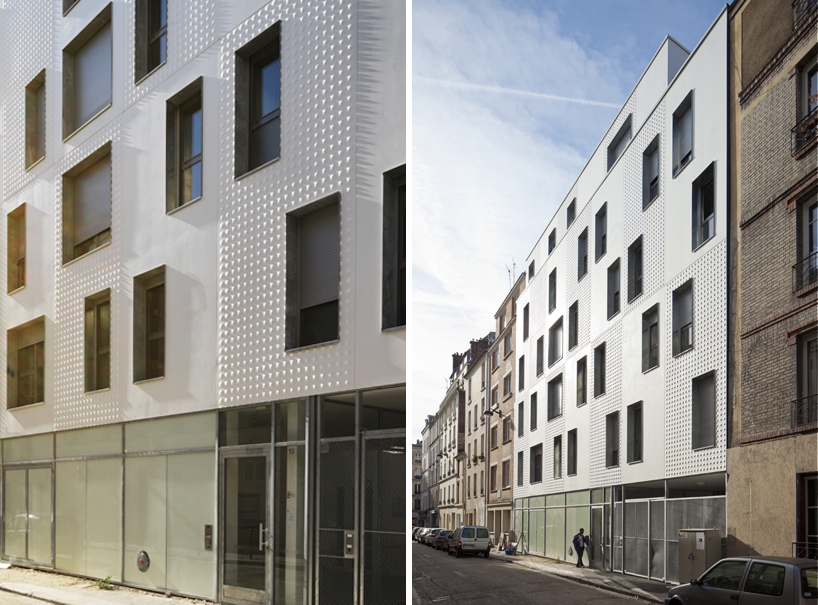 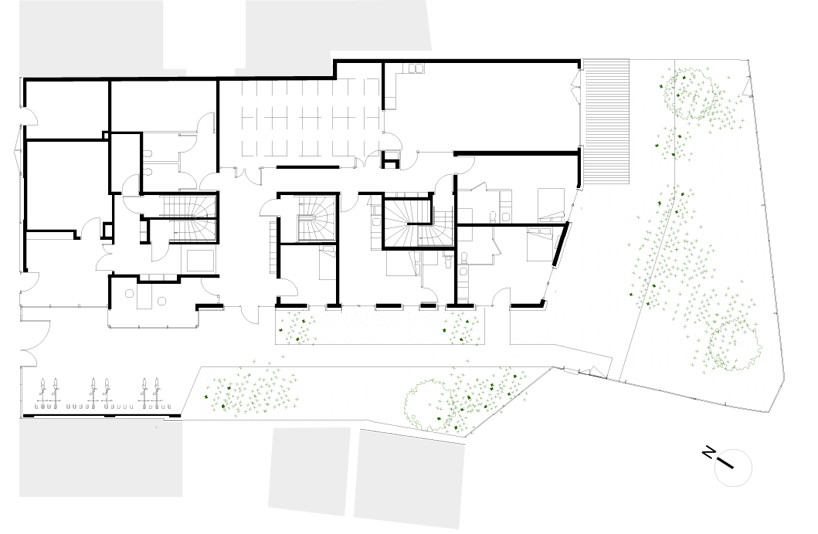 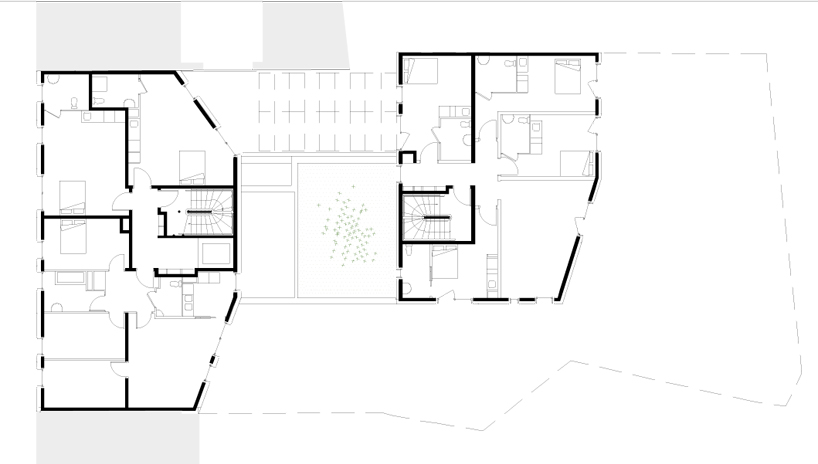 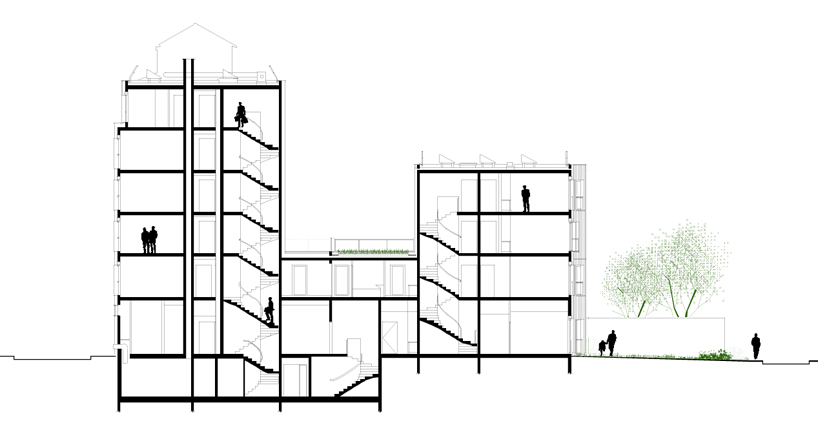 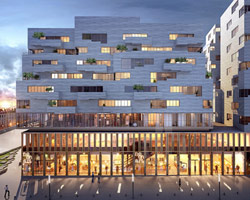 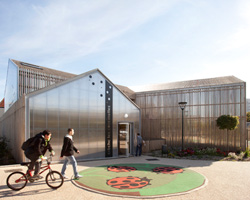 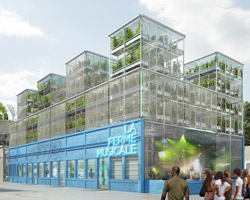 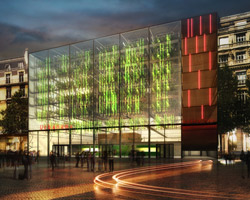