perched on a sloped site in the forested region of karuizawa, a popular summer spot for tokyo-dwellers since the late 19th century, ‘villa on the wing’ is one of a series of holiday homes in the region by milligram architectural studio. the vacation house is a staggered composition of two fractured volumes over the curved ground plane that alternately reveal or conceal program with layered bands of glazing and board-marked cast concrete walls. the architectural mass appears to hover above grade and avoid the existing trees on the plot, going so far as to artfully puncture the large roof overhand with an aperture for the towering timber. discreet concrete pilotis visually counter the dramatic angular roof that extends far beyond the building volume. the covered spaces provided by these deep recesses are fundamental tectonic strategies of this series of homes, insomuch as they serve as architectural frames for the wooded surroundings. 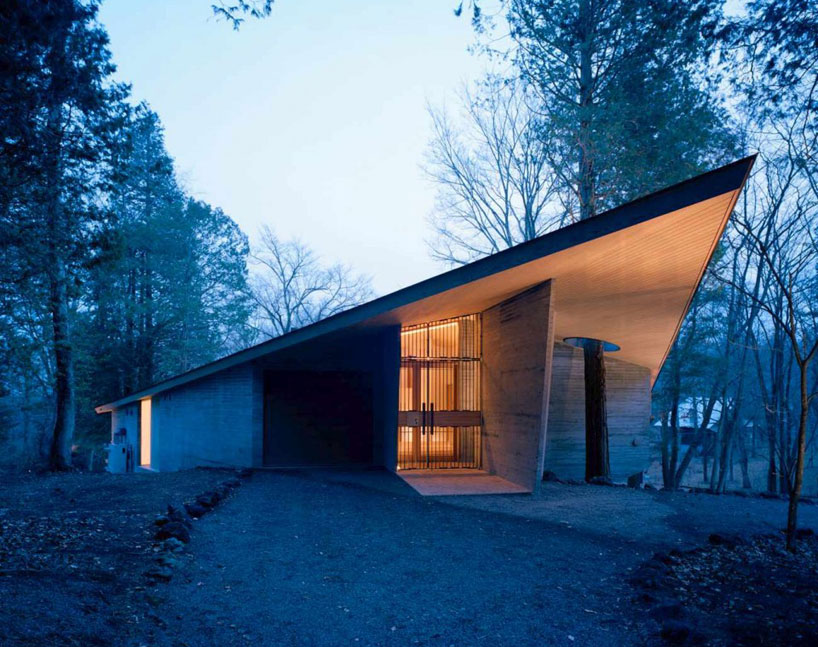 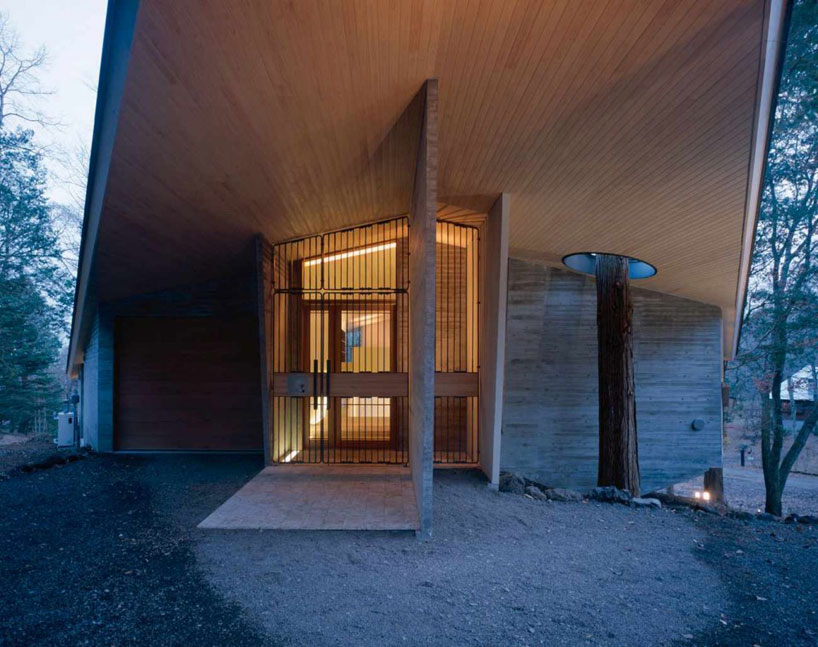 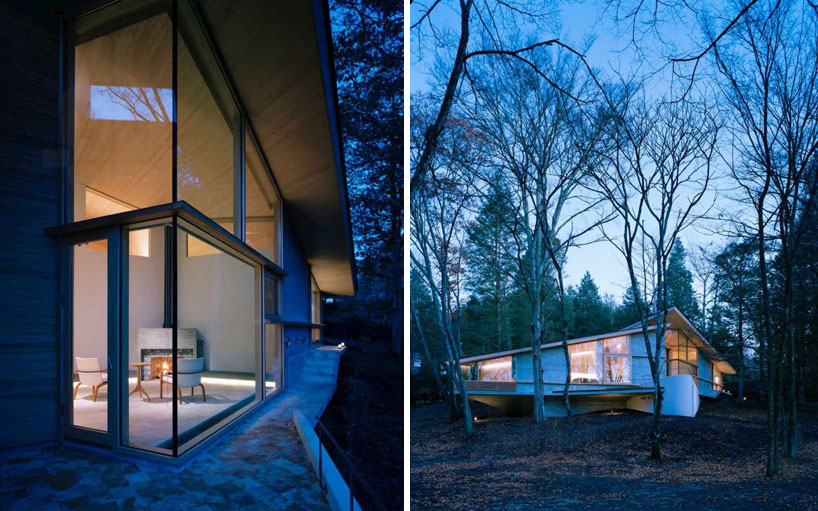 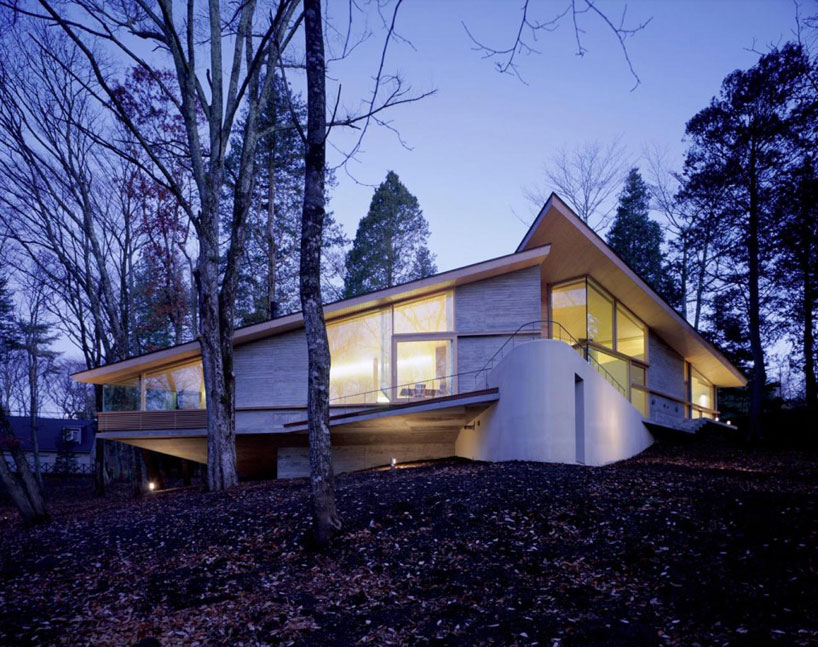 the holiday house is composed of two concrete volumes 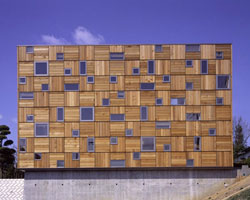