the architectural league of new york recently held its annual beaux arts ball in the williamsburgh savings bank in brooklyn, new york. the theme for this year’s event revolved around the word ‘tender’ which draws its influence from the building’s history and the many different meanings the script can be associated with. the installation was developed by new york city-based firm SOFTlab in collaboration with natasha jen of pentagram specifically for this event. to encourage the visitors to utilize the large space, a net filled with pillow like mylar balloons was hung over the main gathering area to indicate the party and dance floor. as the visitors moved through the bank, the floating objects allowed for glimpses of the existing vaulted ceiling, while the mezzanine level offered views of the pillow surface as a solid entity. lighting played a major element to the installation as it created several layers of reflection against the shinny pieces. 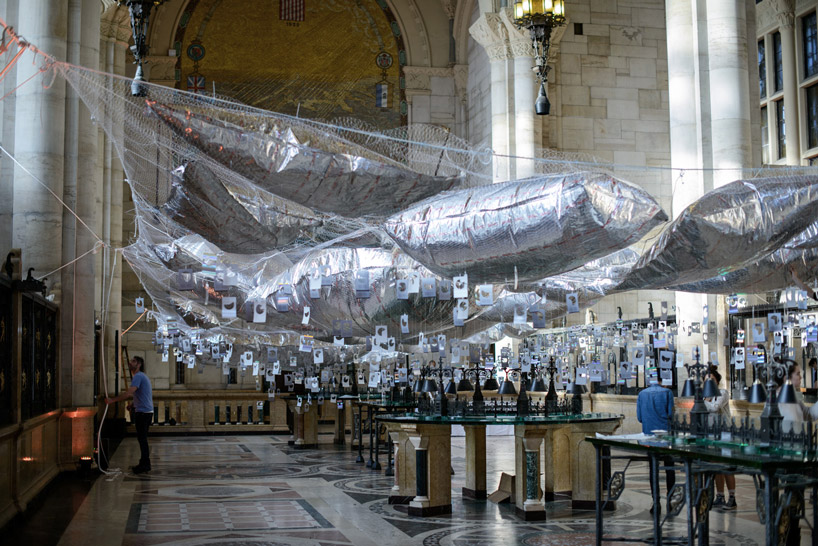 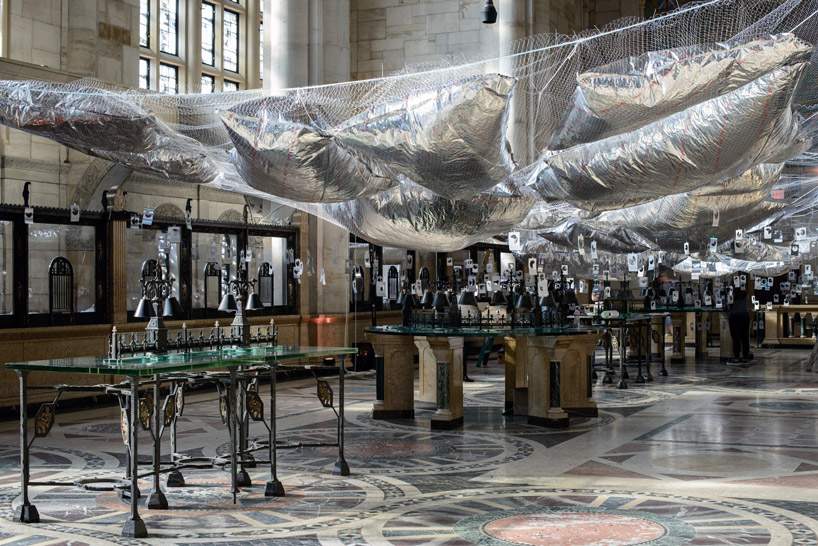 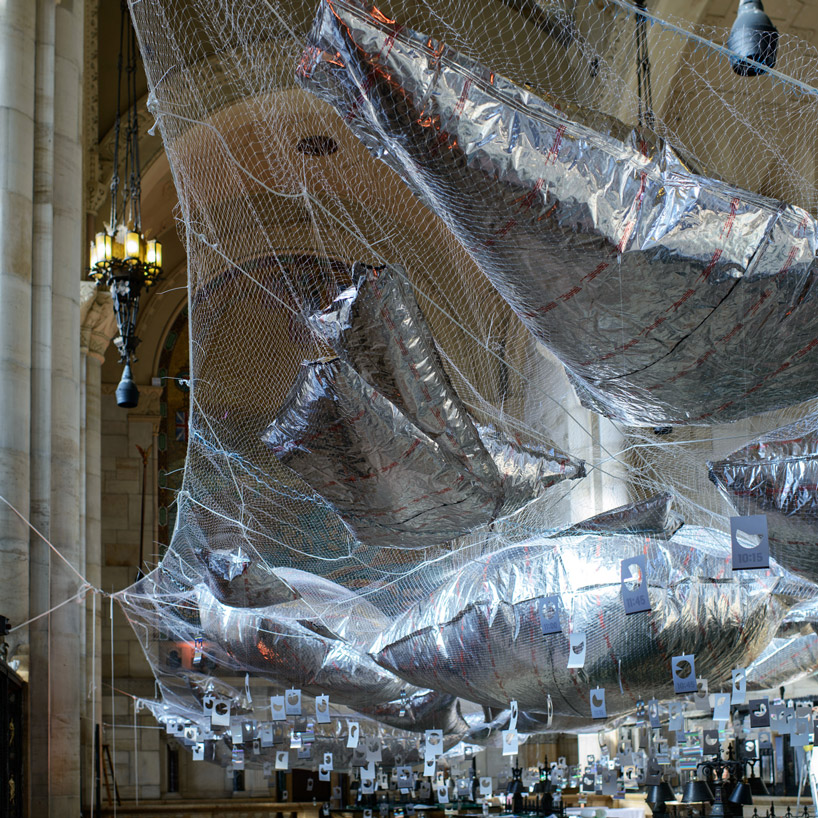 a field of hanging tickets containing a graphic time code allowed a sense of exchange among the visitors as it permitted admittance at precise times to a sound installation by david rife of arup in the downstairs vault. the passes were hung from the net and were backed with an iridescent material that changed color as they rotated in the space. the soundtrack was driven by stock market data and relied on the acoustical properties of the room to create a three dimensional sound environment. the seating was constructed out of nylon nets filled with shredded paper. 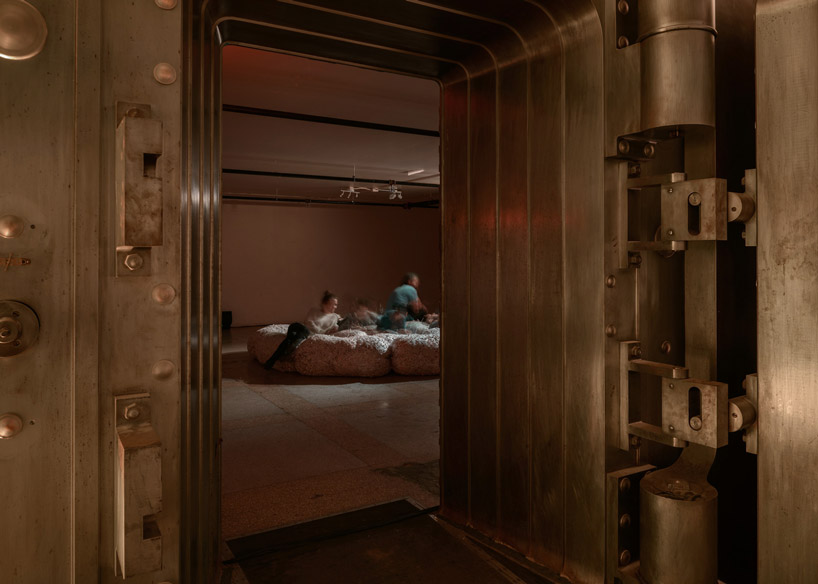 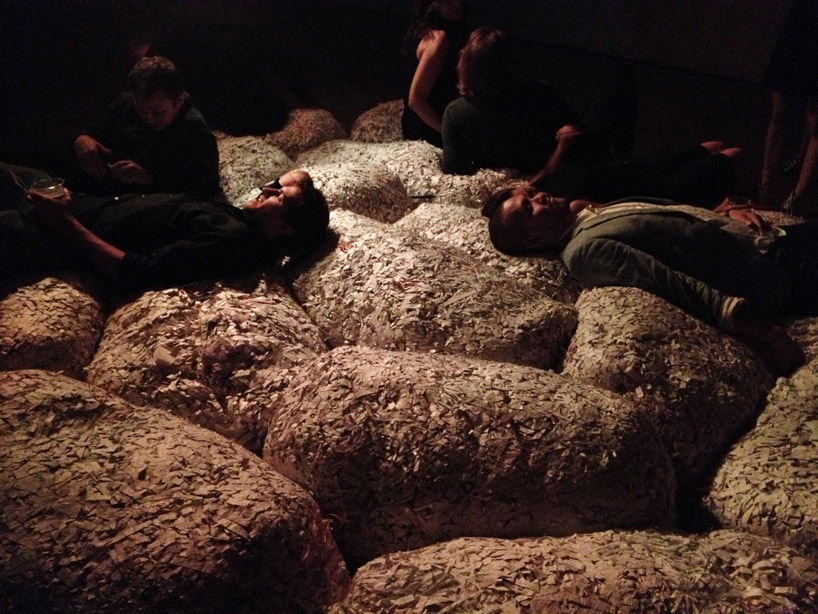 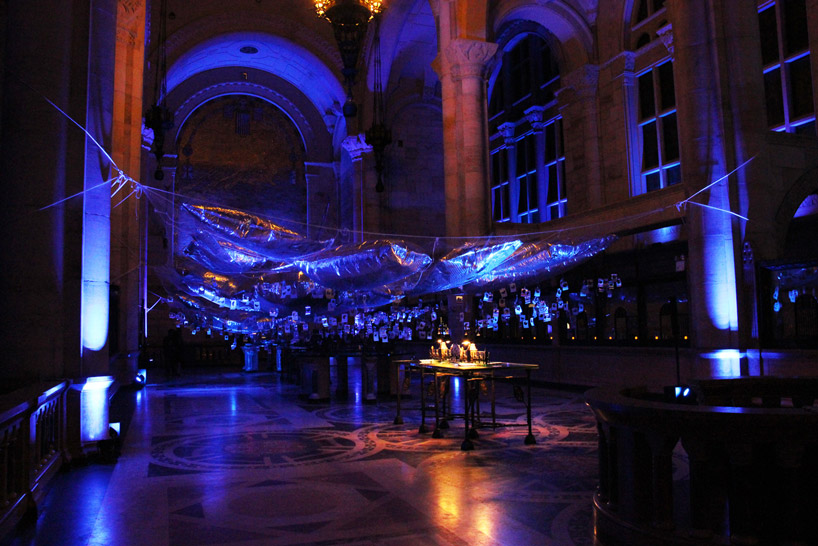 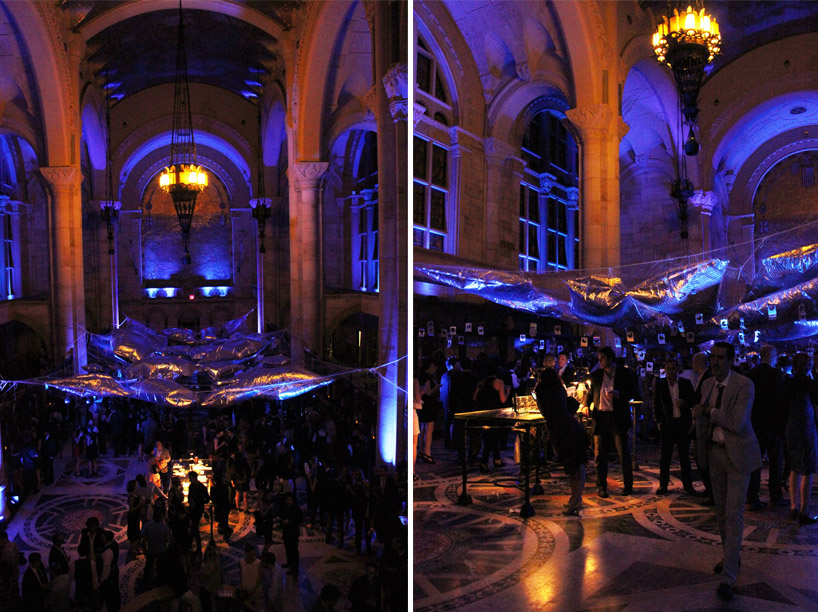 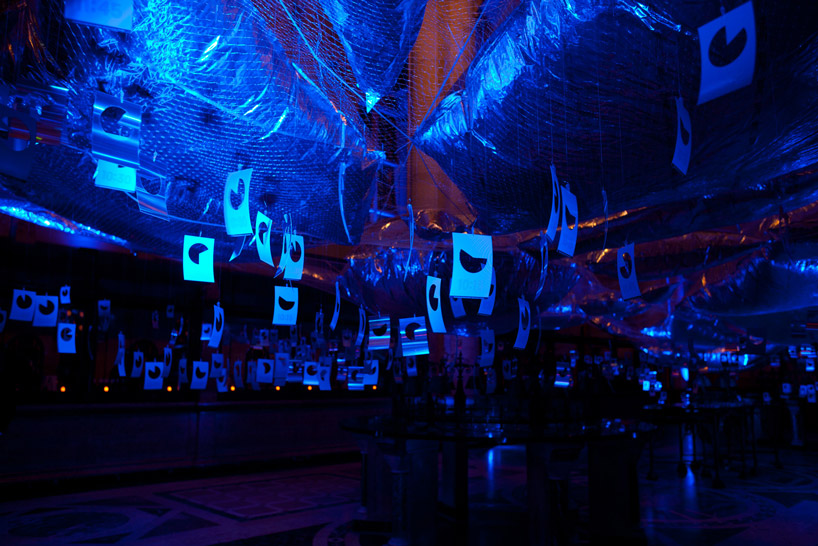 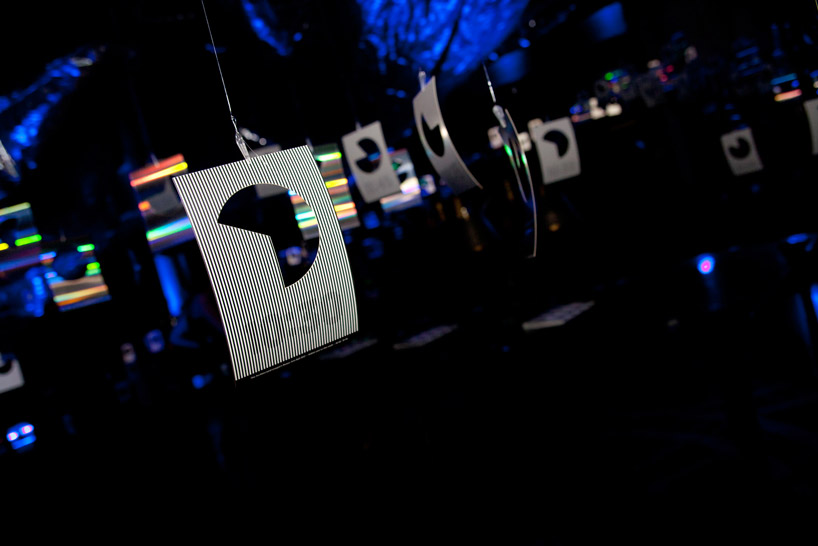