co-founder of designer werktag glas trösch commissioned american design studio SOFTlab to design the interior of the ‘2012 designer werktag’ event space in munich, to be used the following year as a showroom. needing to accommodate a variety of uses from vendors’ product booths to group events and lectures, the design features tapering mobile oriented strand board (OSB) seating and table fixtures mimicking extruded pieces of a voronoi tesselation that can be combined into several configurations. 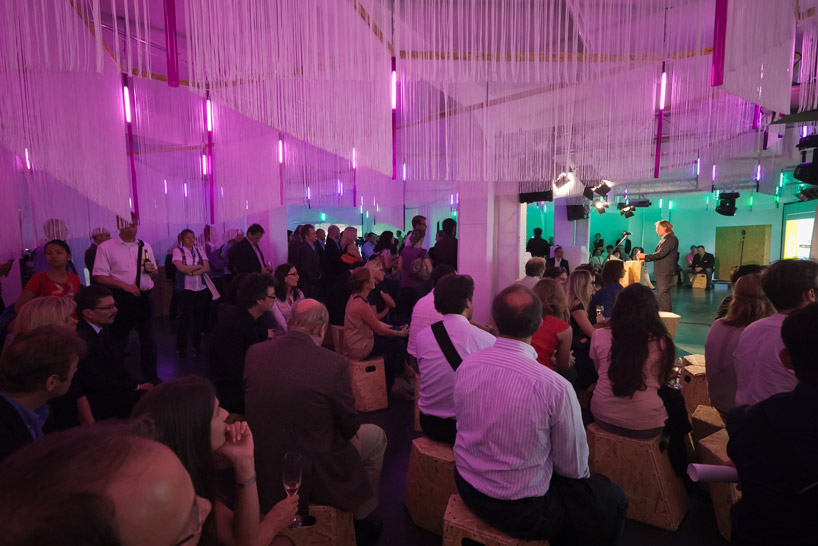 speech at the main presentation space

the hanging ceiling fringes, laid out in the same pattern as the chair designs, define the character and division of the gallery, lit up by vertical colored lights that use a range of hues to delineate each function. ‘hotter’ tones of reds and oranges mark the active sections while ‘cooler’ blues and greens illuminate areas of less traffic. the string curtains change depths to become walls, subdividing smaller rooms or creating larger meeting halls. 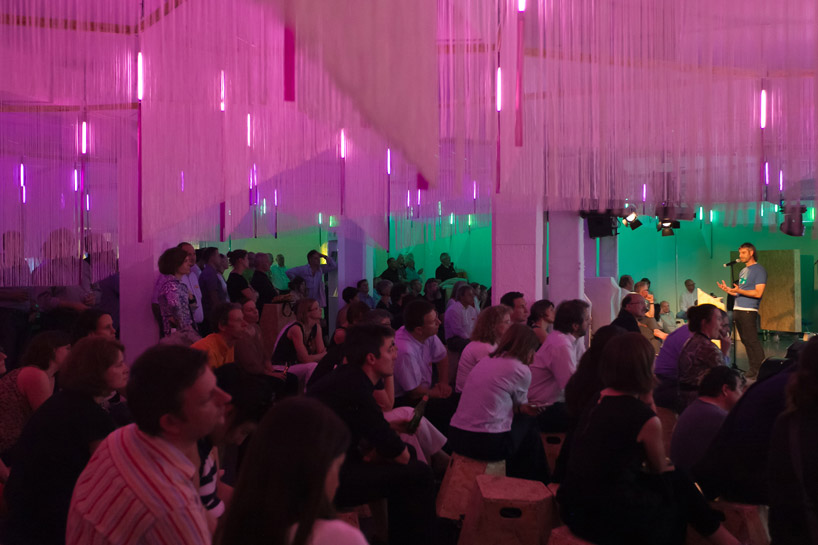 reds delineate areas of high use 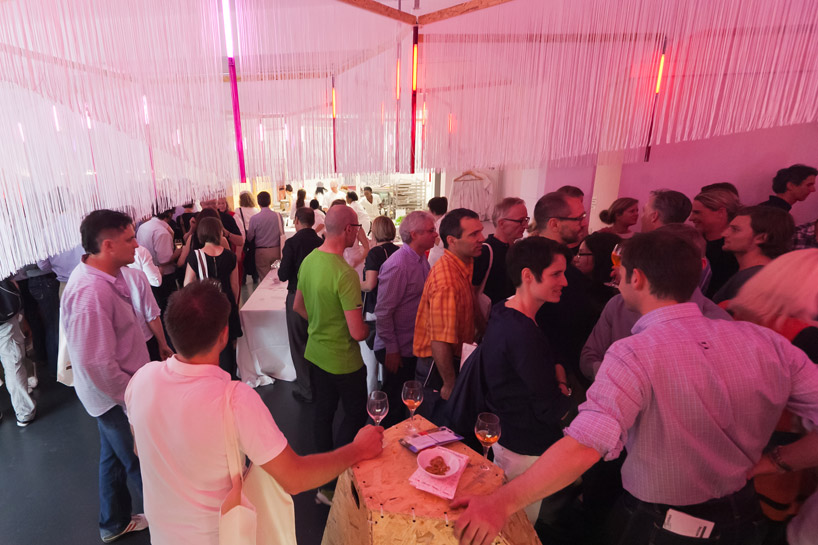 mobile furniture can be moved to accommodate any spatial need 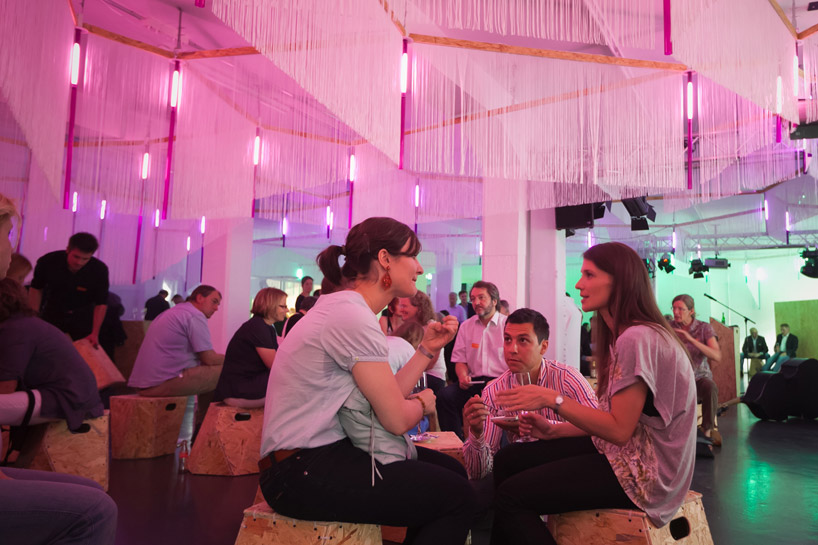 seats can be moved and clustered 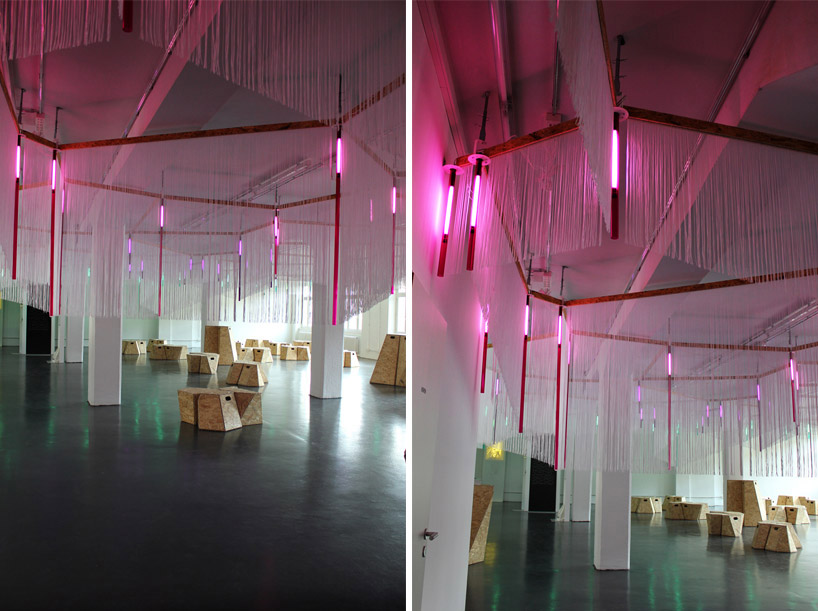 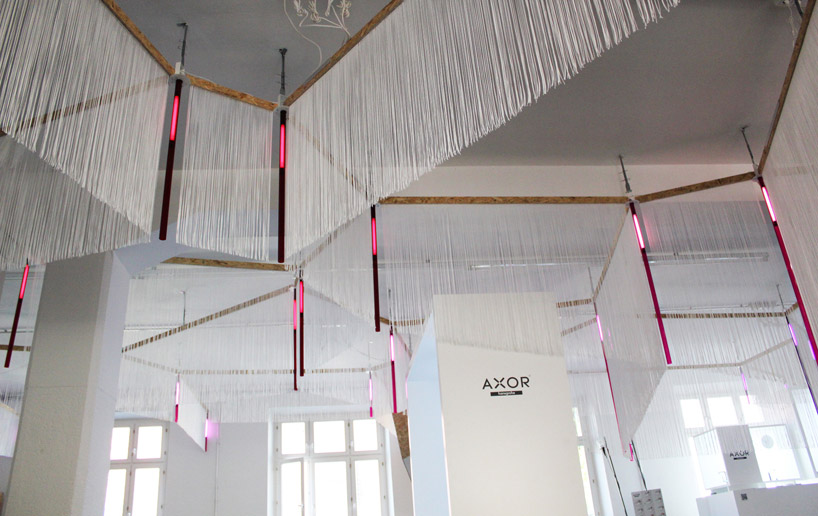 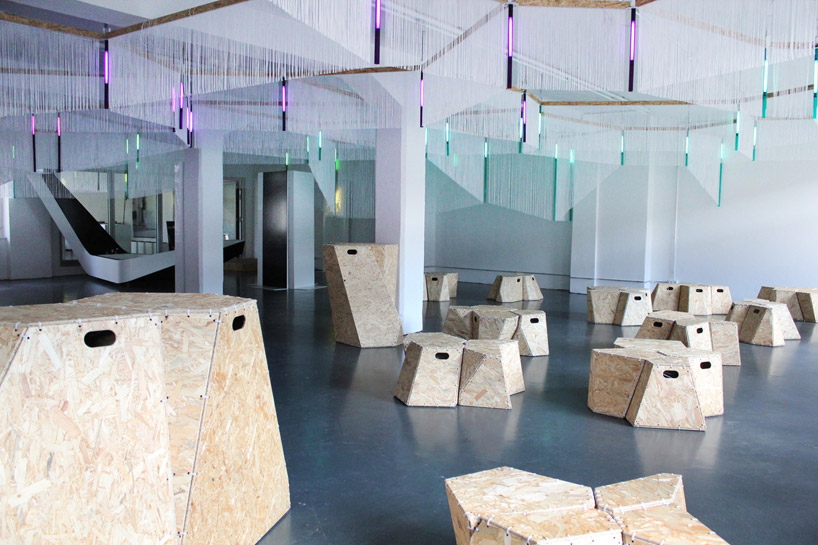 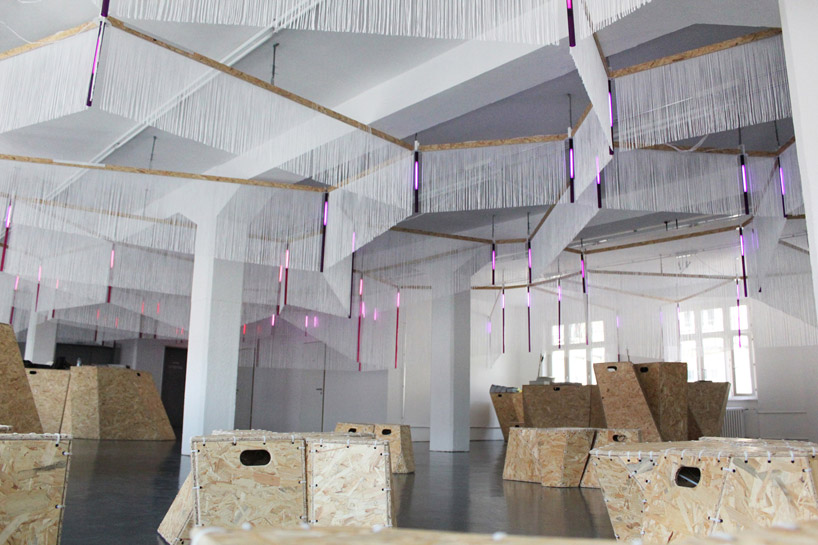 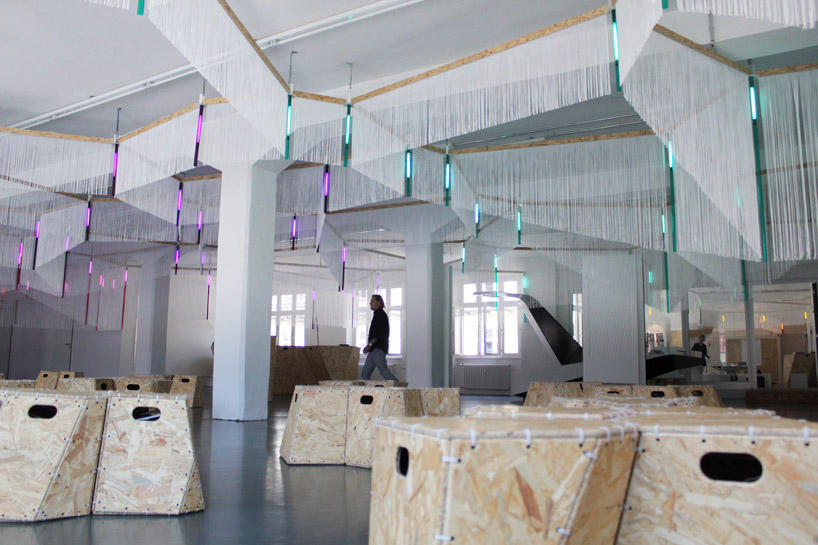 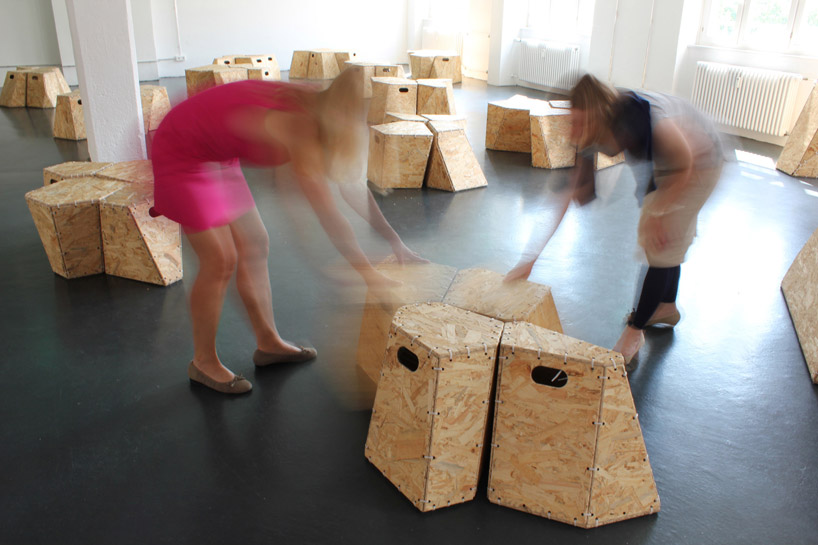 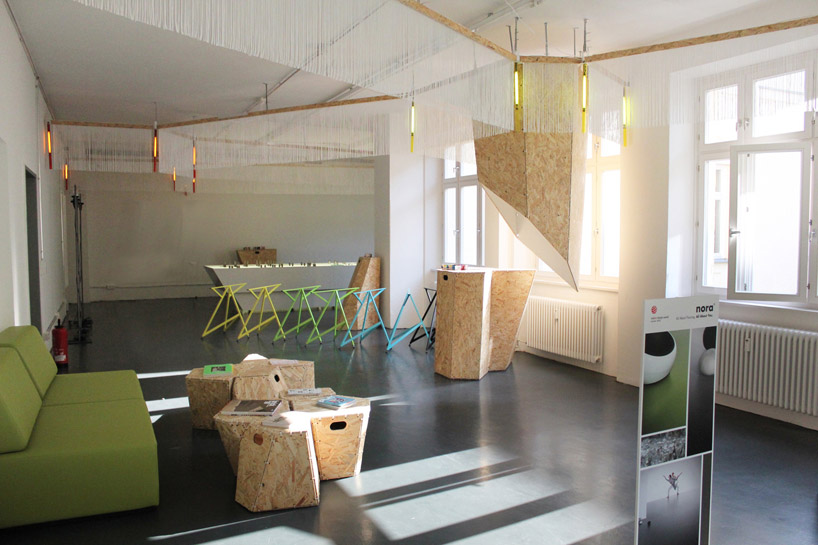 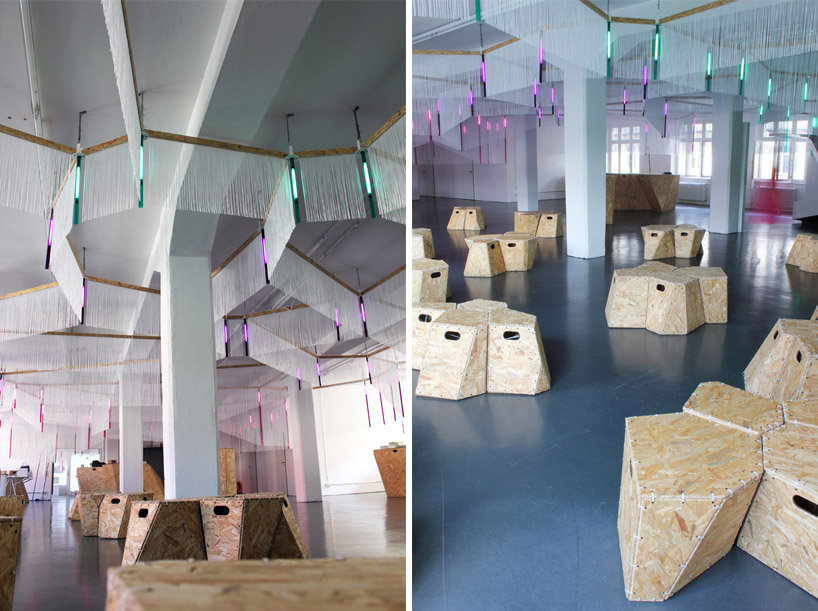 clusters of seats under string curtains 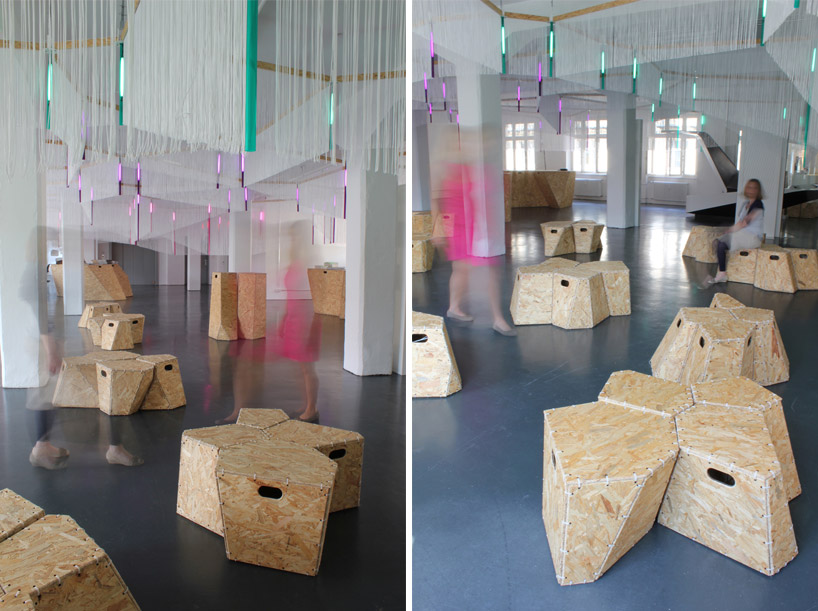 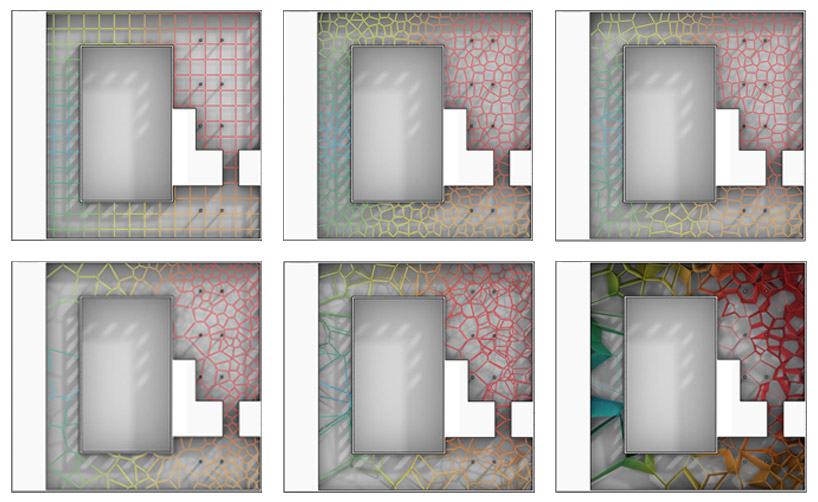