hovering within pratt institute’s hazel and robert h. siegel gallery in new york city, this large-scale site specific installation frames axial perspectives through the interior of the space. encompassing five years of student work by the graduate school of architecture + urban design, the walls are surfaced with clusters of images which are visible through portals to the tubular tunnels. created by a system of laser cut cardboard and thin plywood, the team made over 2,400 triangulated custom panels are interconnected with 6,000 clips. delicately suspended from the ceiling, models are stored within the network and placed on each end of a defined axis. as visitors peer into the interior of the framework, intersections of the curved walls become revealed. 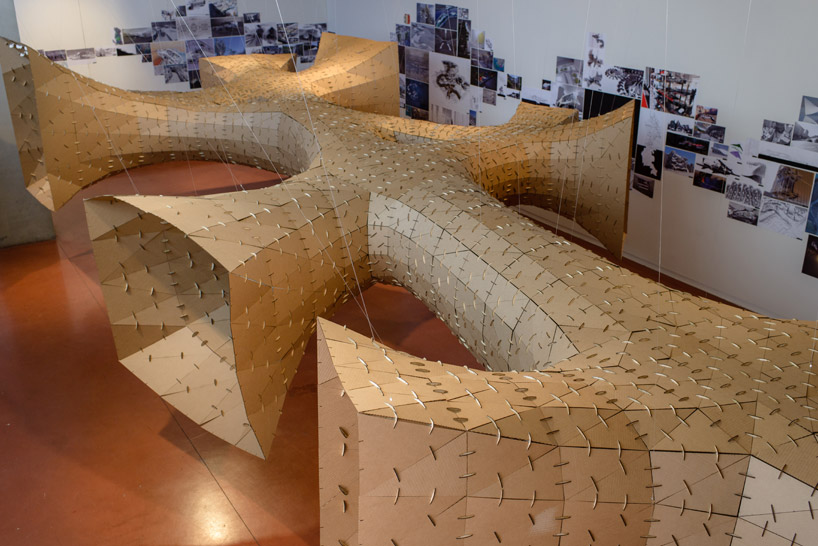 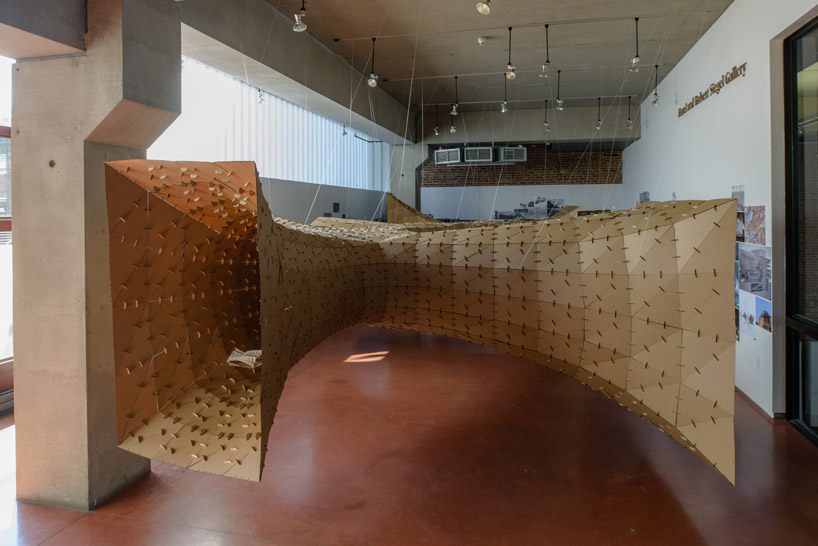 view upon entry into the gallery image © alan tansey 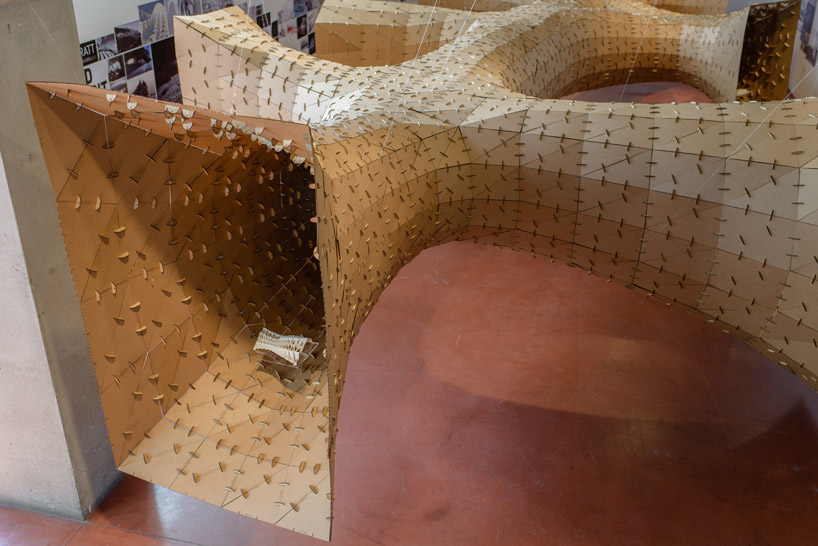 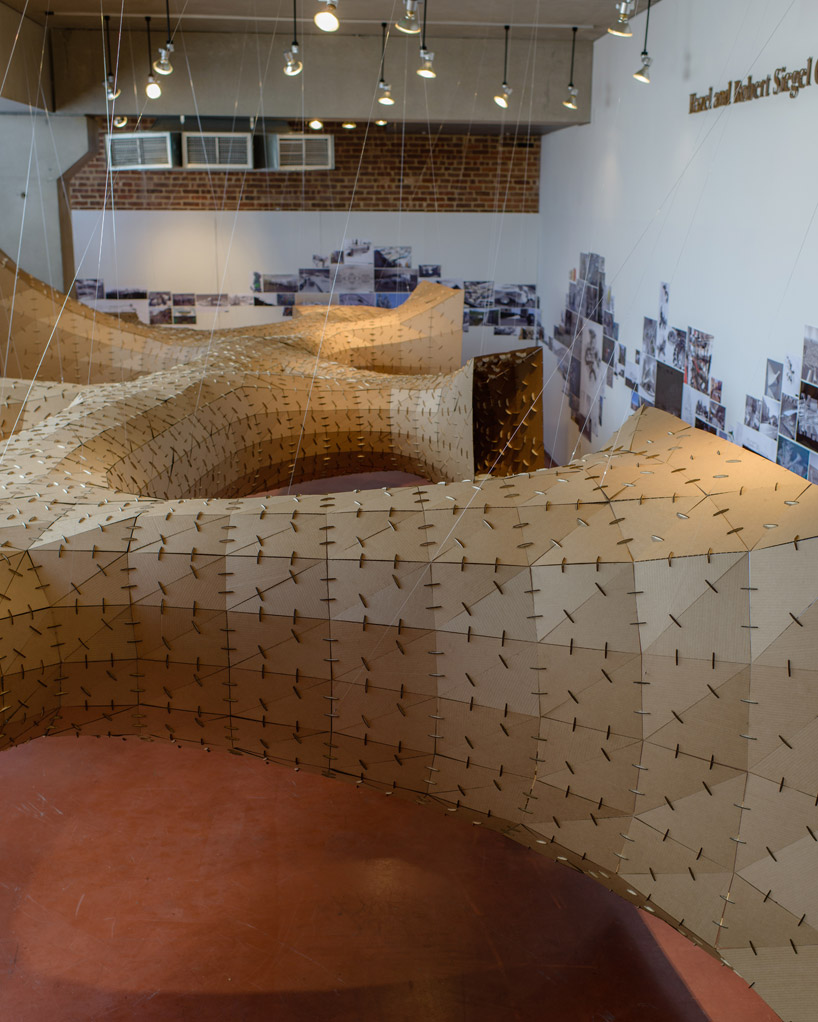 the form is created with 2,400 custom panels which are held together with 6,000 custom clips image © alan tansey 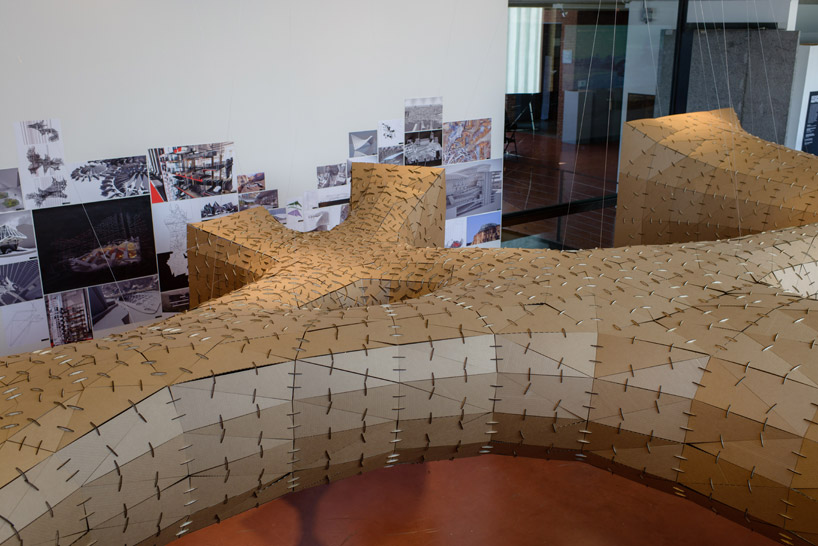 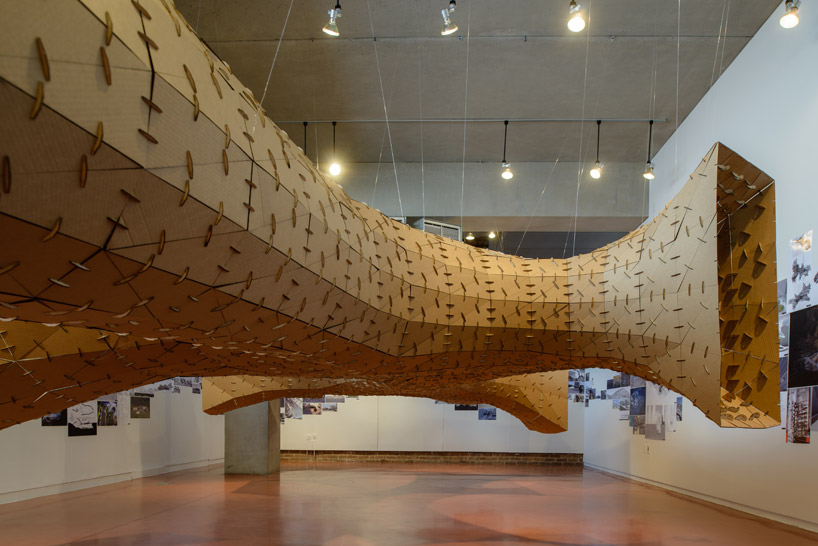 without supports, the installation floats within the space image © alan tansey 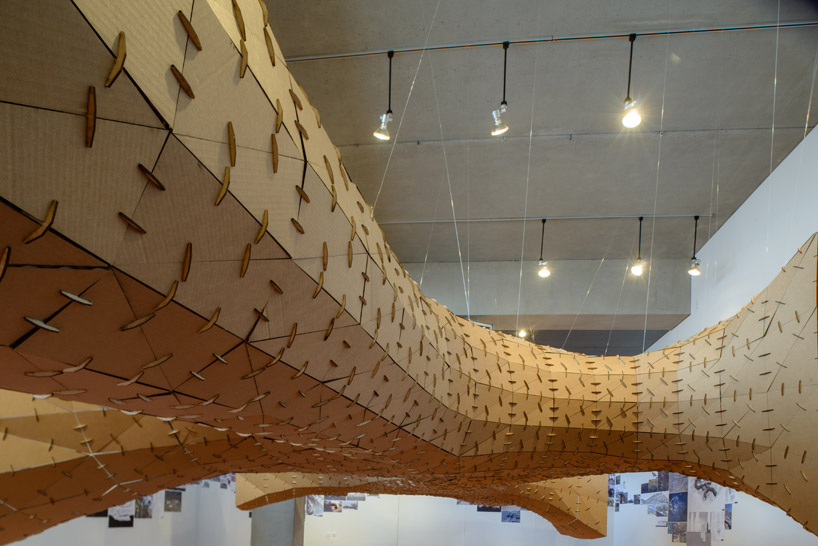 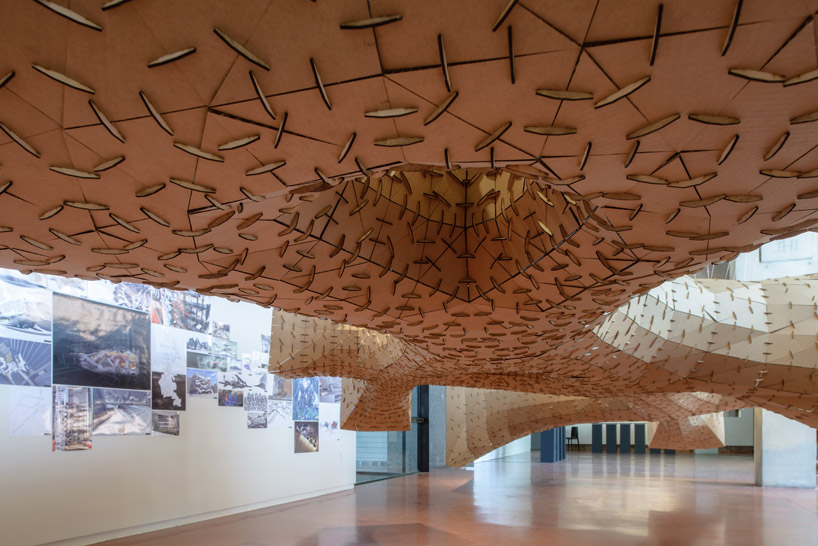 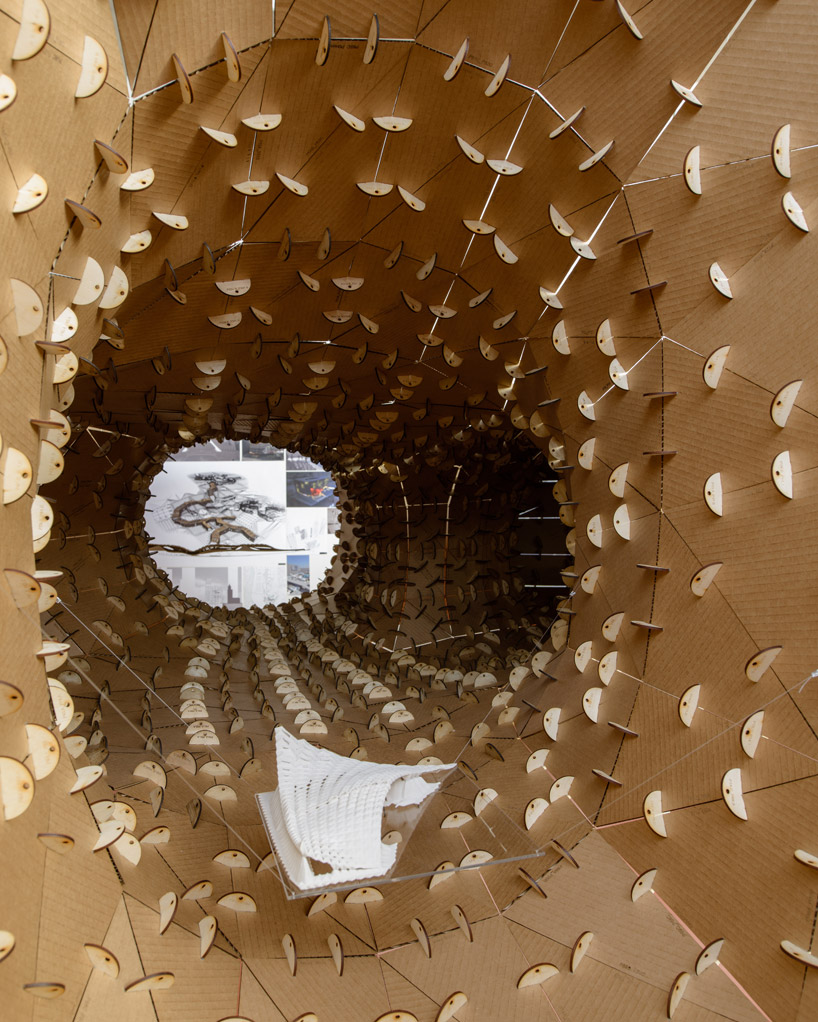 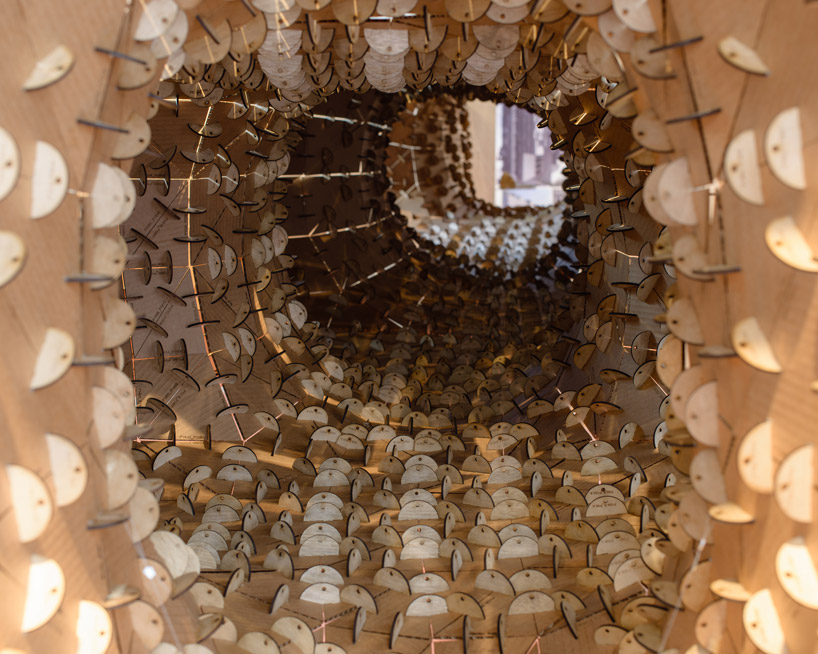 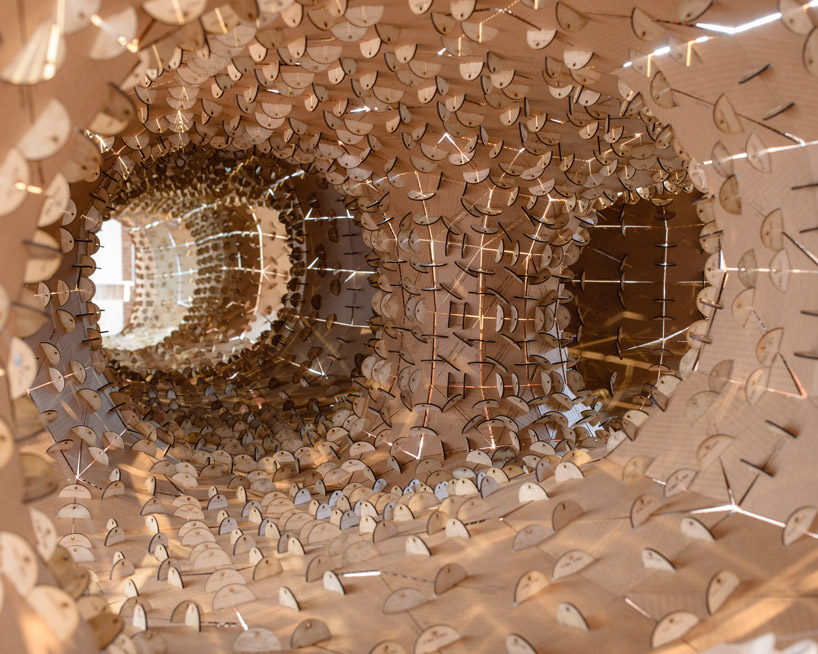