the fourth installment of BOFFO building fashion, new-york based design team SOFTlab has created a retail installation for lingerie line the lake & stars, currently on view until 23 november, 2011. focusing on one of the most basic mechanisms of retail – optics – the ‘store-within-a-store’ featuresa series of extruded windows that amplify the details of the garments. 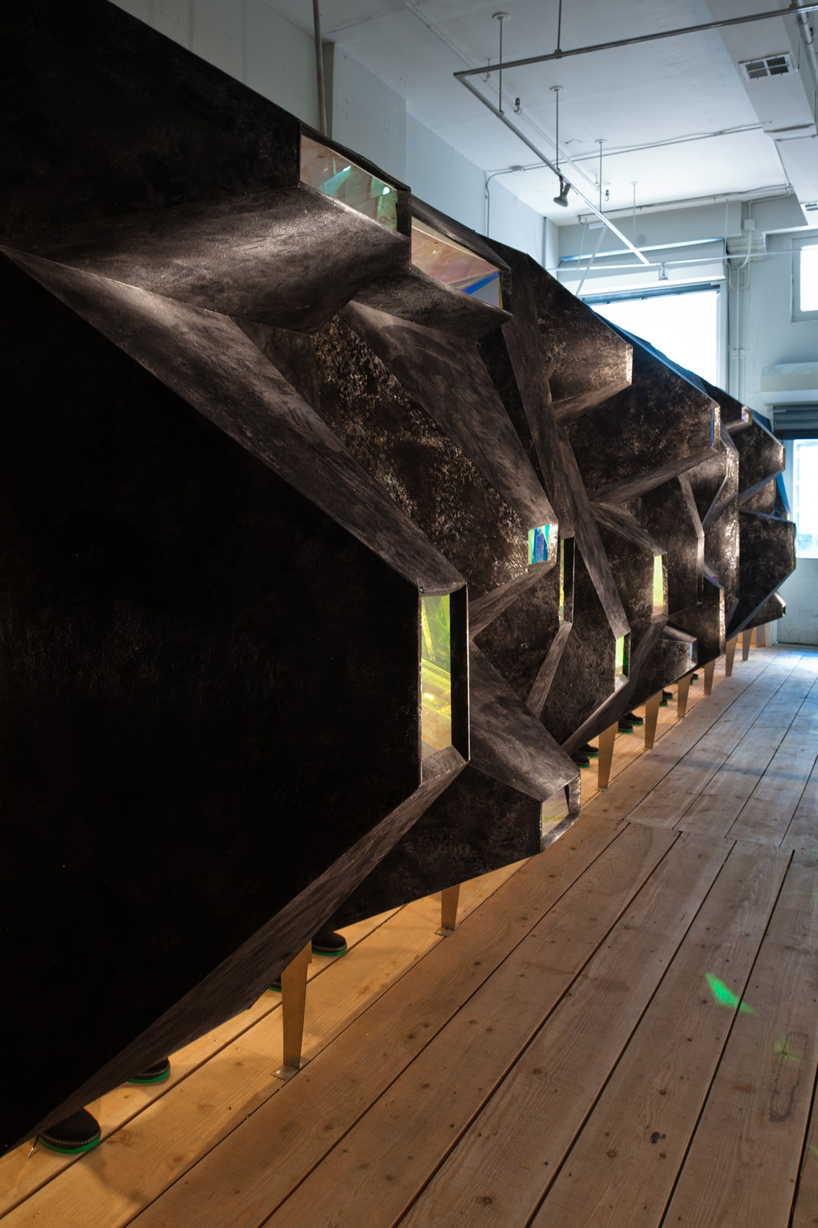 inserted into a pre-existing space, the design takes on a small and linear footprint to give equal importance to the ‘exterior’ as much as the ‘interior’. the front elevation features a landscape of faceted cones which extend out to a viewing window of various sizes. wrapped in a matte-black material that is soft to the touch, the undulating surface encourages visitors to utilize the kaleidoscopic apertures, offering a new experience to the often fleeting ‘window shopping’. 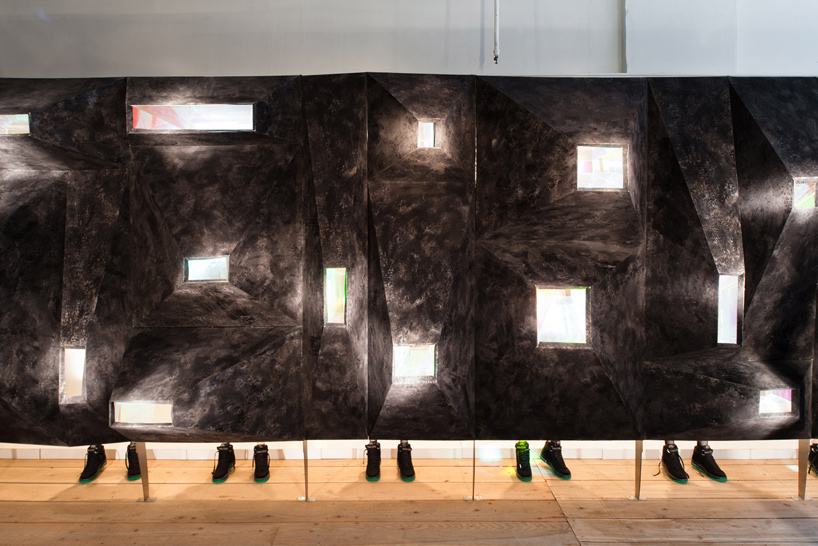 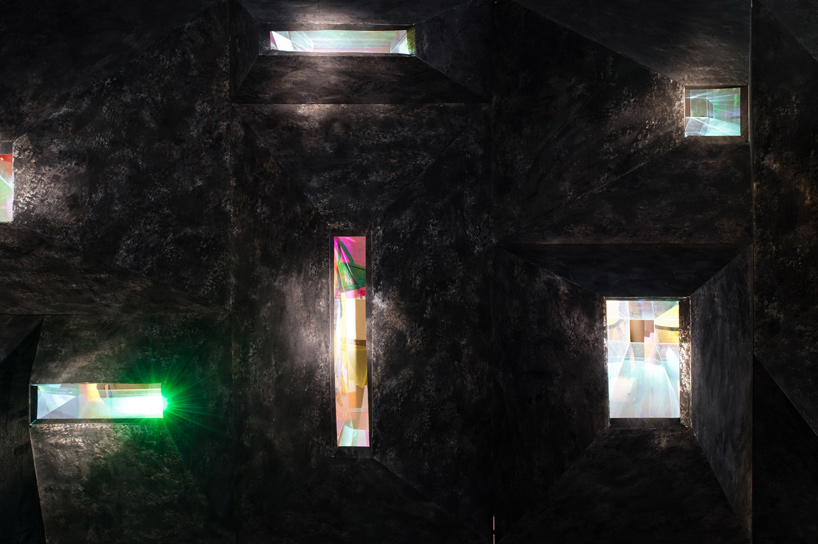 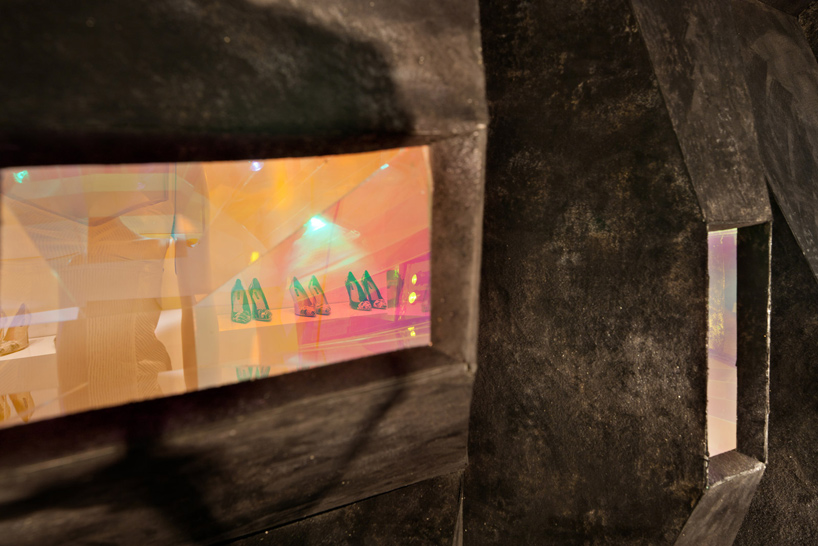 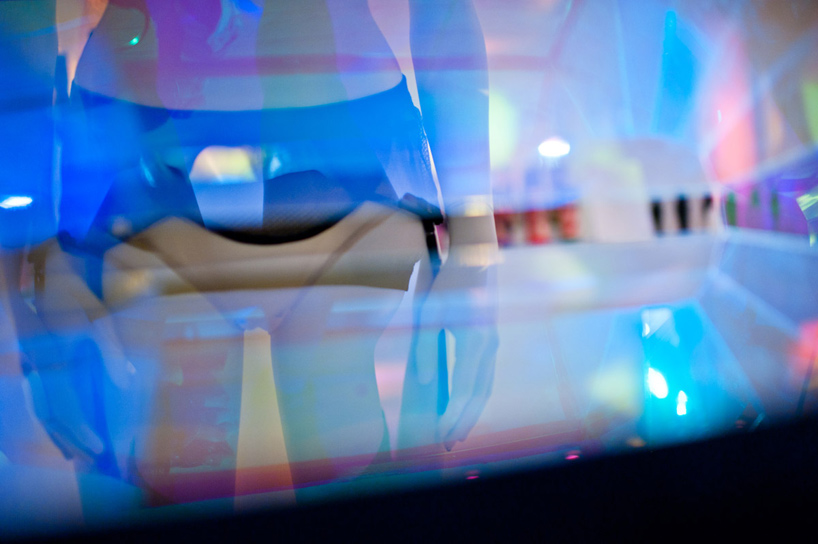 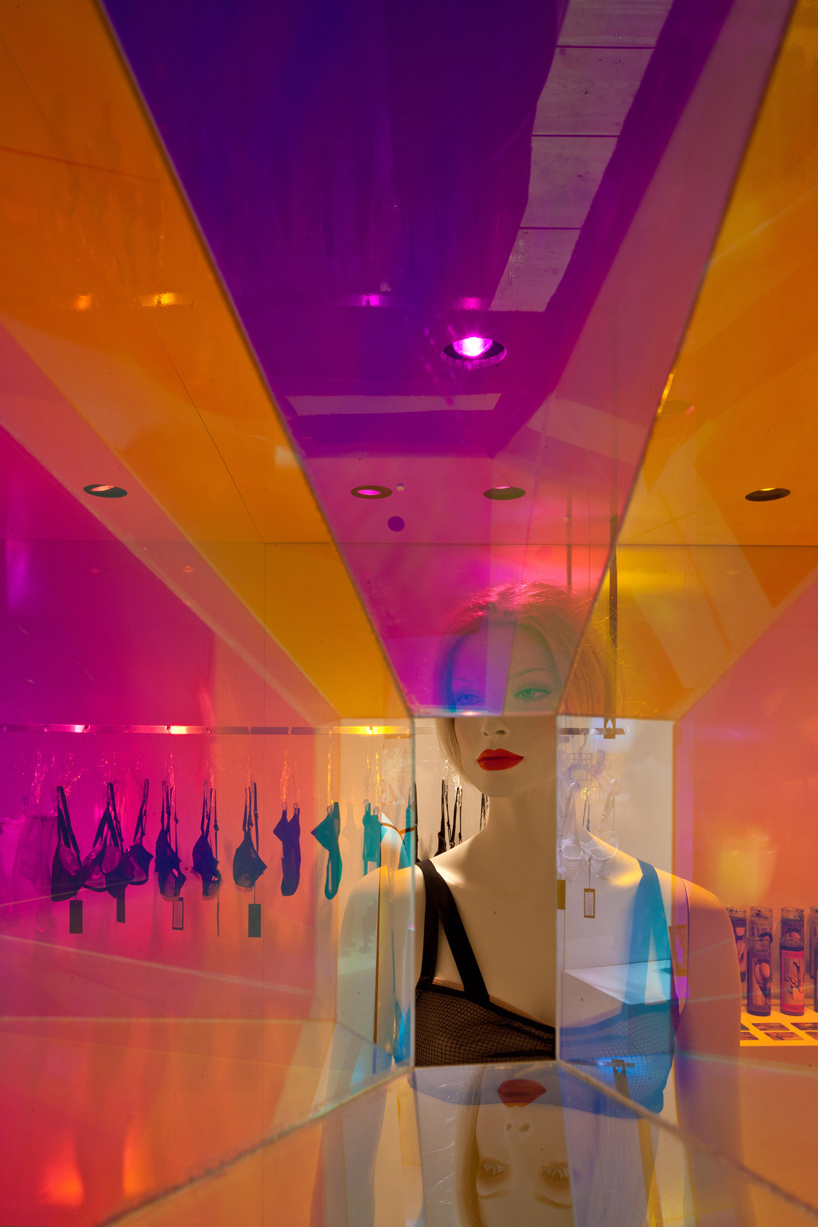 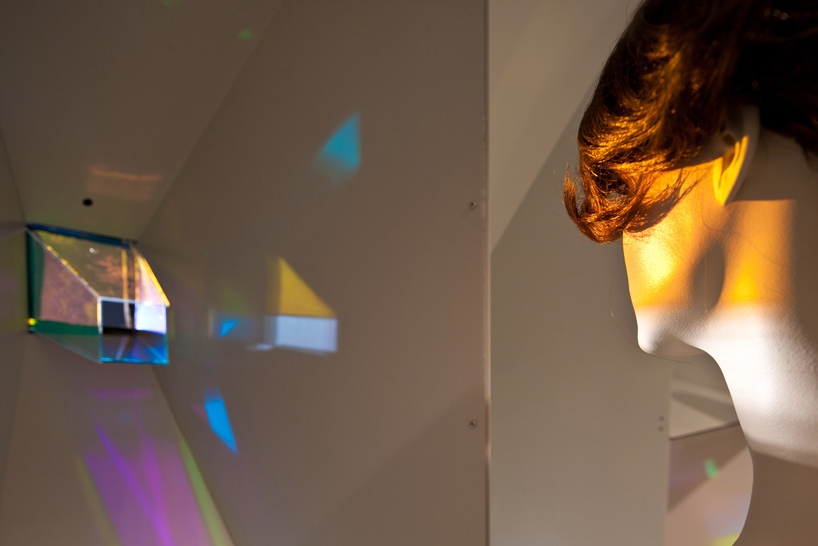 from inside image © evan joseph

singularly finished in a glossy white skin, the interior contrasts with the aesthetic of the dark exterior. artificial lighting through the viewing cones project a multi-coloured effect on to the interior walls. 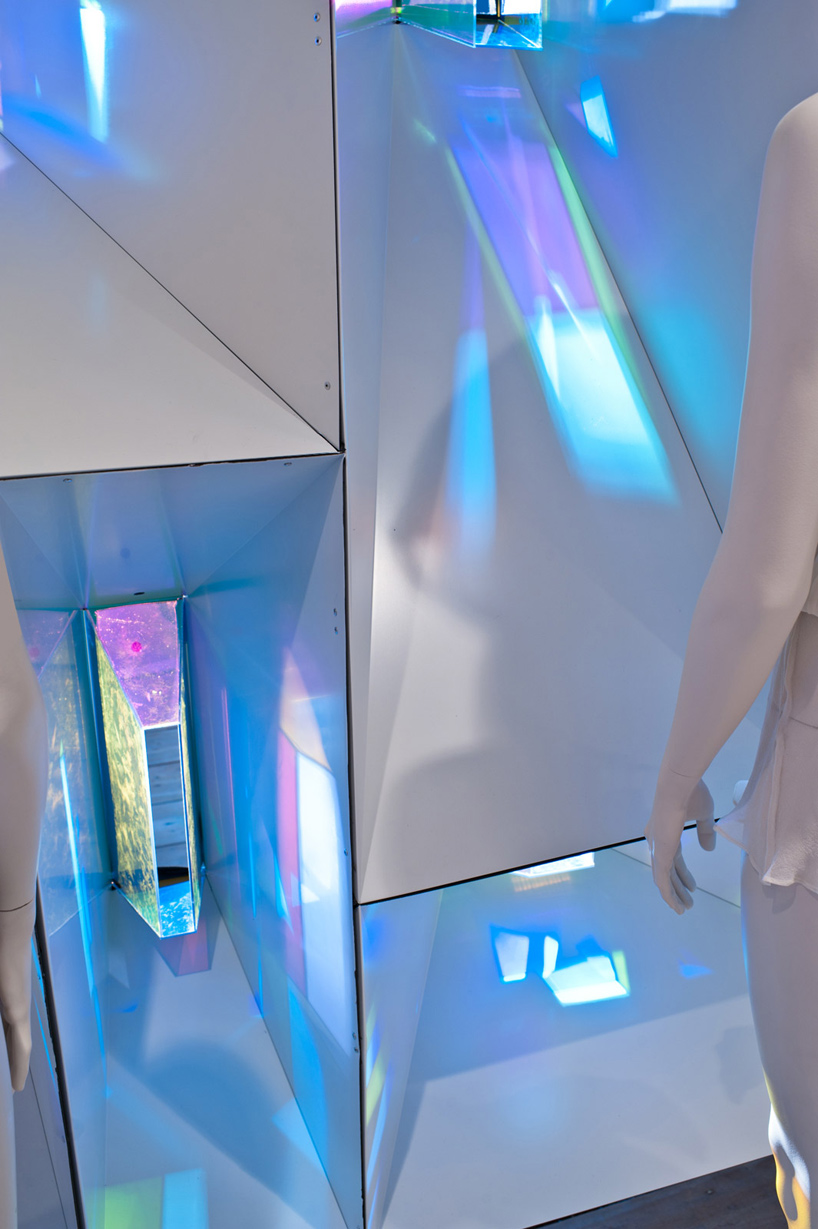 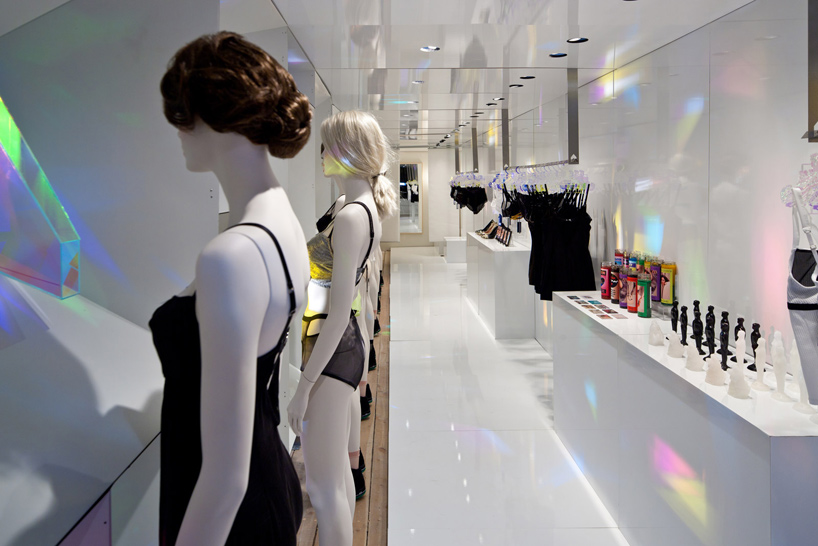 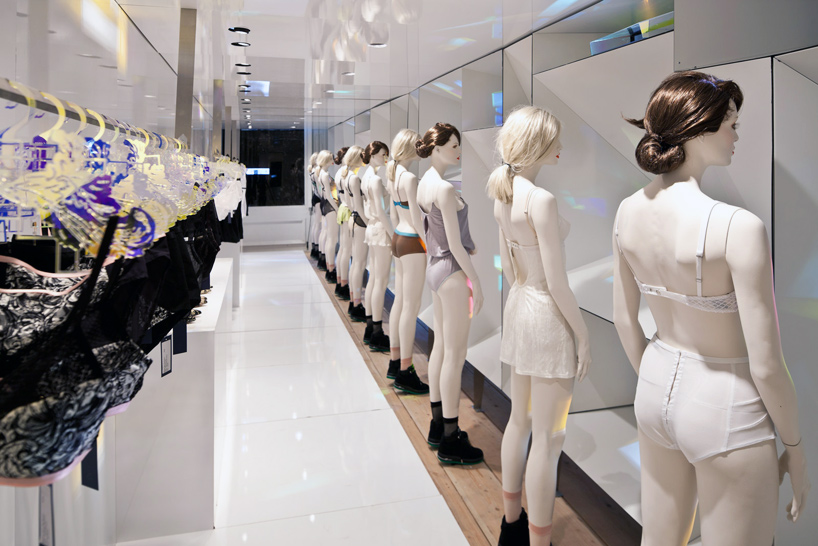 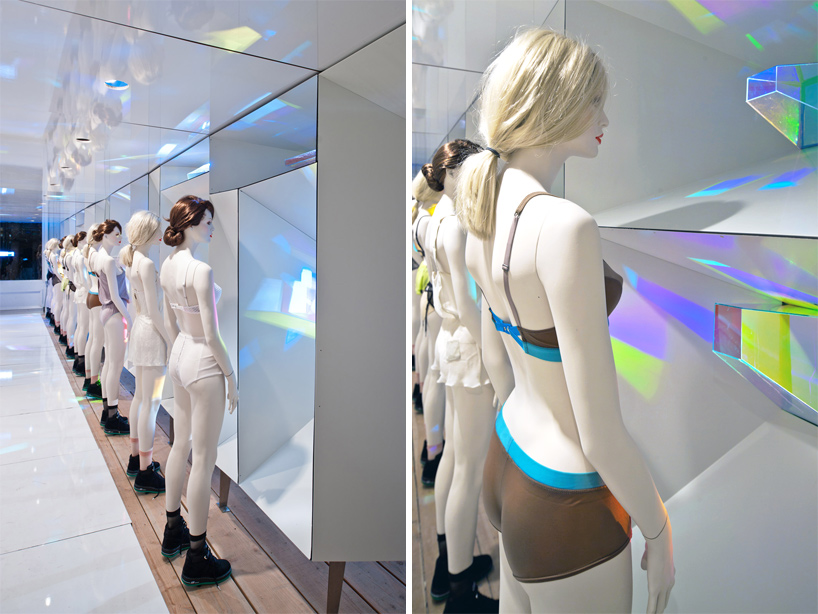